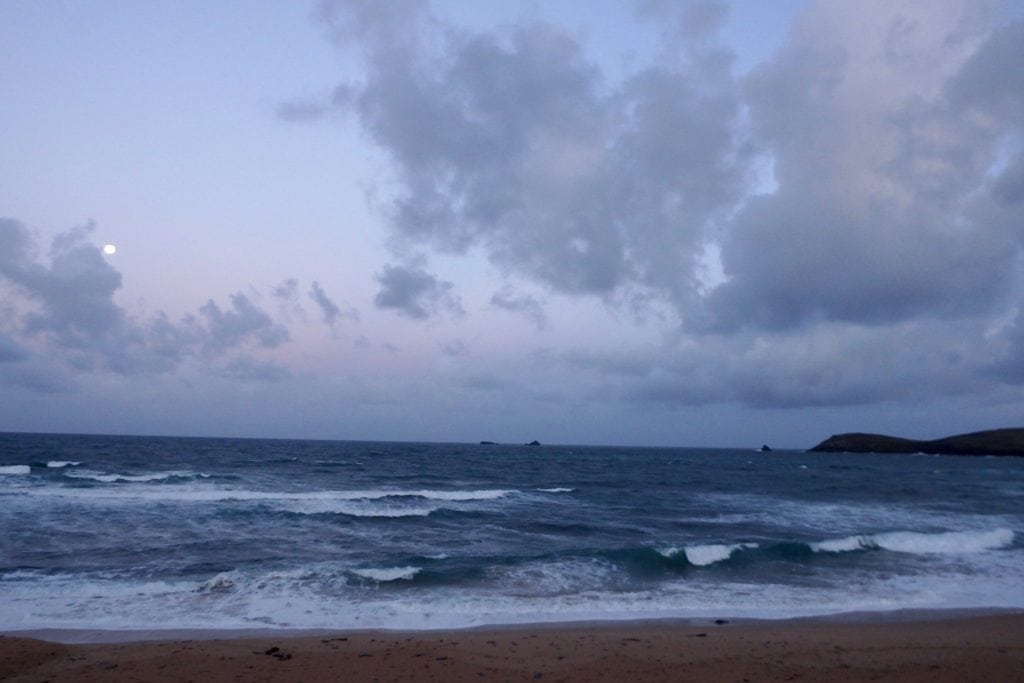 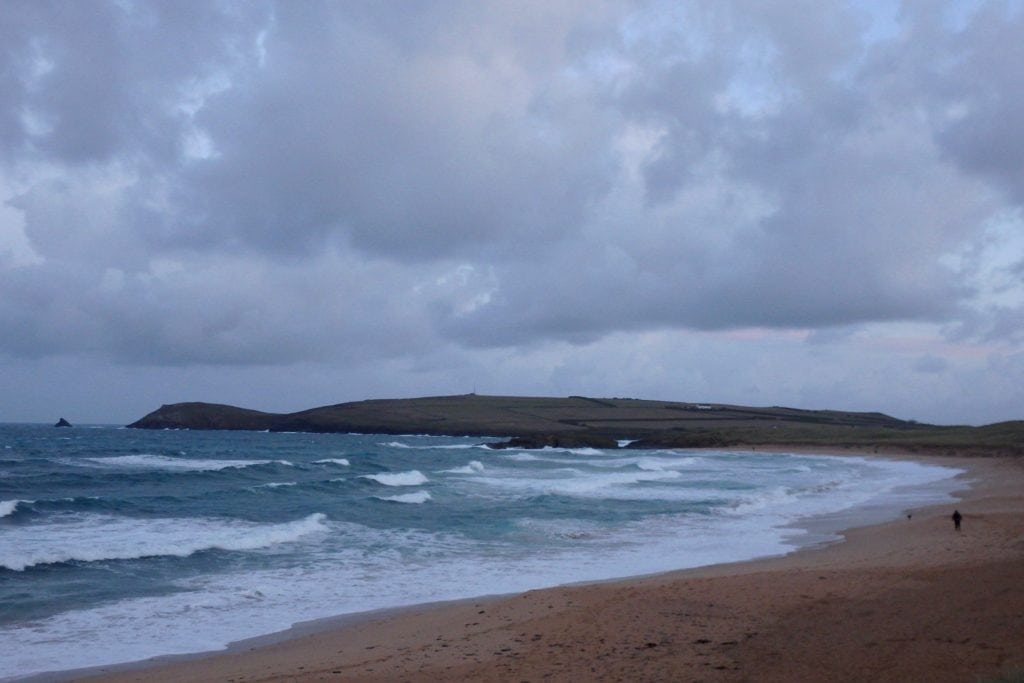 There’s a chill wind rattling into the bay this morning, a big, fat, full moon beaming down on only two to three feet of raggedy, tossed and churned waves that are bouncing in on that eight metre tide.
It’s not the most enticing place for a surf today but the wind seems to be holding just south of west, so let’s have a look-see at Harlyn! 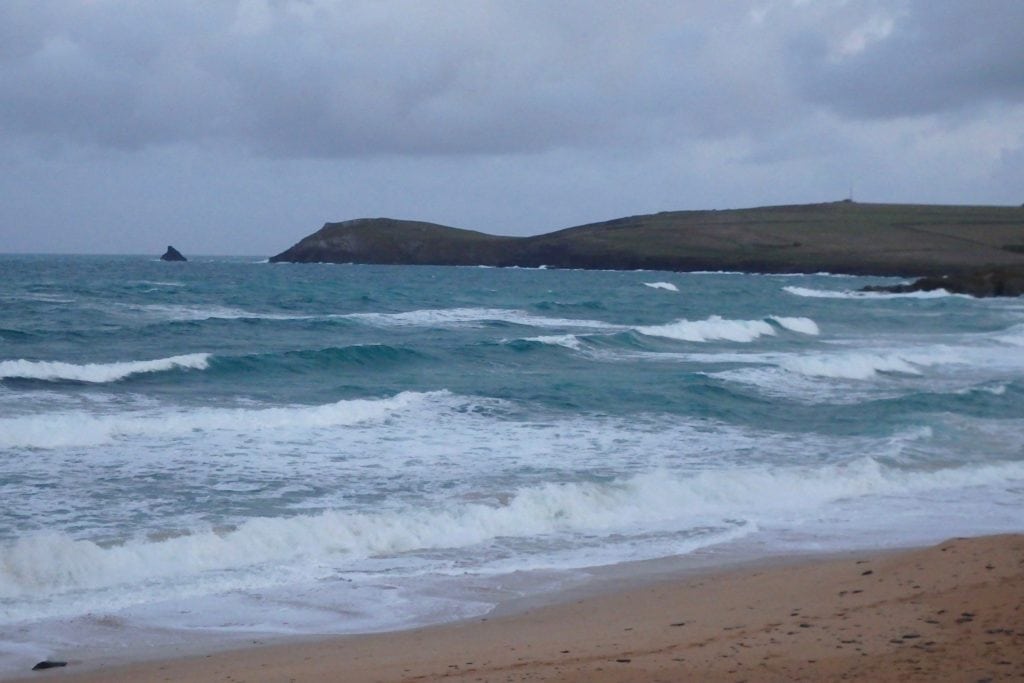 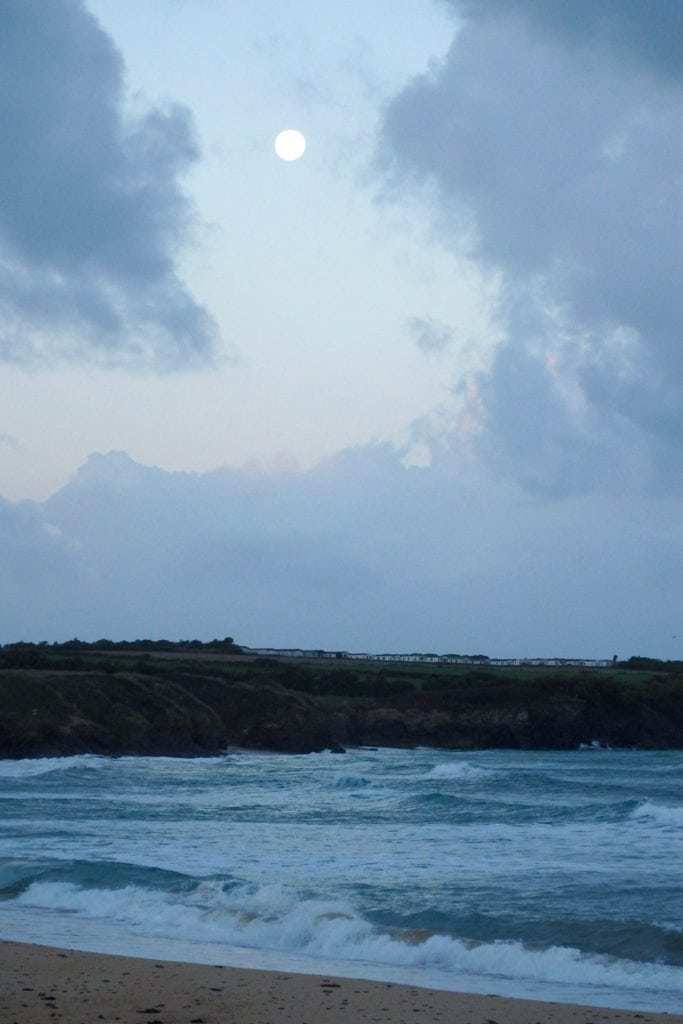 One to two feet of offshore shaped but high tide bounced little waves are shuffling into that big tide beneath that full, full moon.
As the tide drops back we should see a foot or two of sharper and crisper waves building more on this afternoon’s next big tide.
It’s going to be only small but could still be fun! 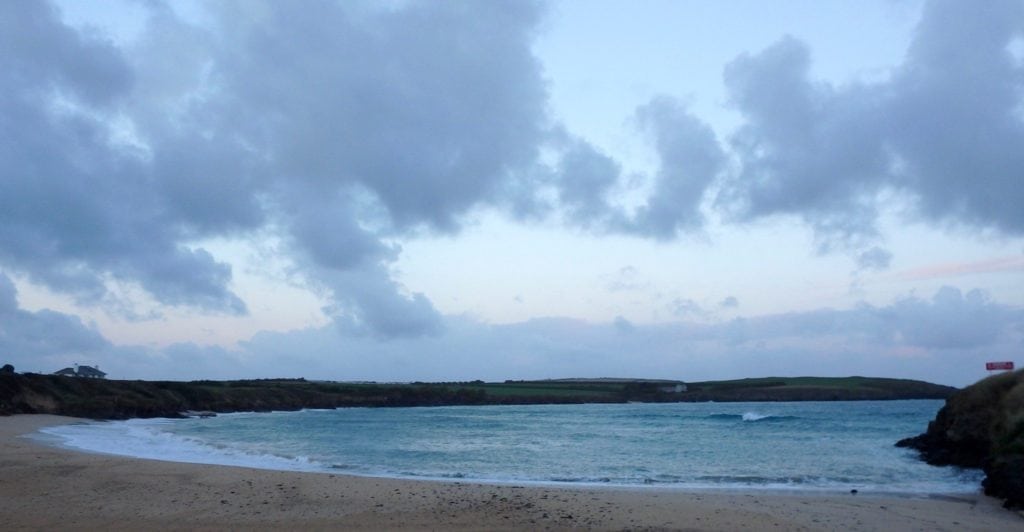 A two to three foot, close-fetch windswell is as much as we can expect today and that is probably going to be chopped and slopped by a brisk worth westerly, onshore wind.
It’s unlikely to be big enough to get any worthwhile surf around to the south coast (although there are some other swell stirrers out there that could very well send some waves directly onto that coast, so it should be worth keeping an eye on it!), so it’s going to be a small and choppy day if you want to get in!

Onshore winds are going to start the week off with a steady south westerly blowing through Monday but switching to north westerly from Tuesday onwards. And that is onshore at all of our local surf breaks!
But it’s not looking to be too strong and the swell is likely to be quite close-fetch stuff anyway, making for not much more than okay conditions all the way through until the end of the week.
Still, the water temperature continues to be super mild, even though you can feel it cooling off, so it’s no great hardship to be paddling out, even if the surf is a little sloppy. It could just turn out to be more fun than we are expecting!
And then there’s always Nicole, drifting up the Atlantic, spreading weather mayhem and watery havoc all around!!
Have a great week, wherever you are and whatever you’re doing!