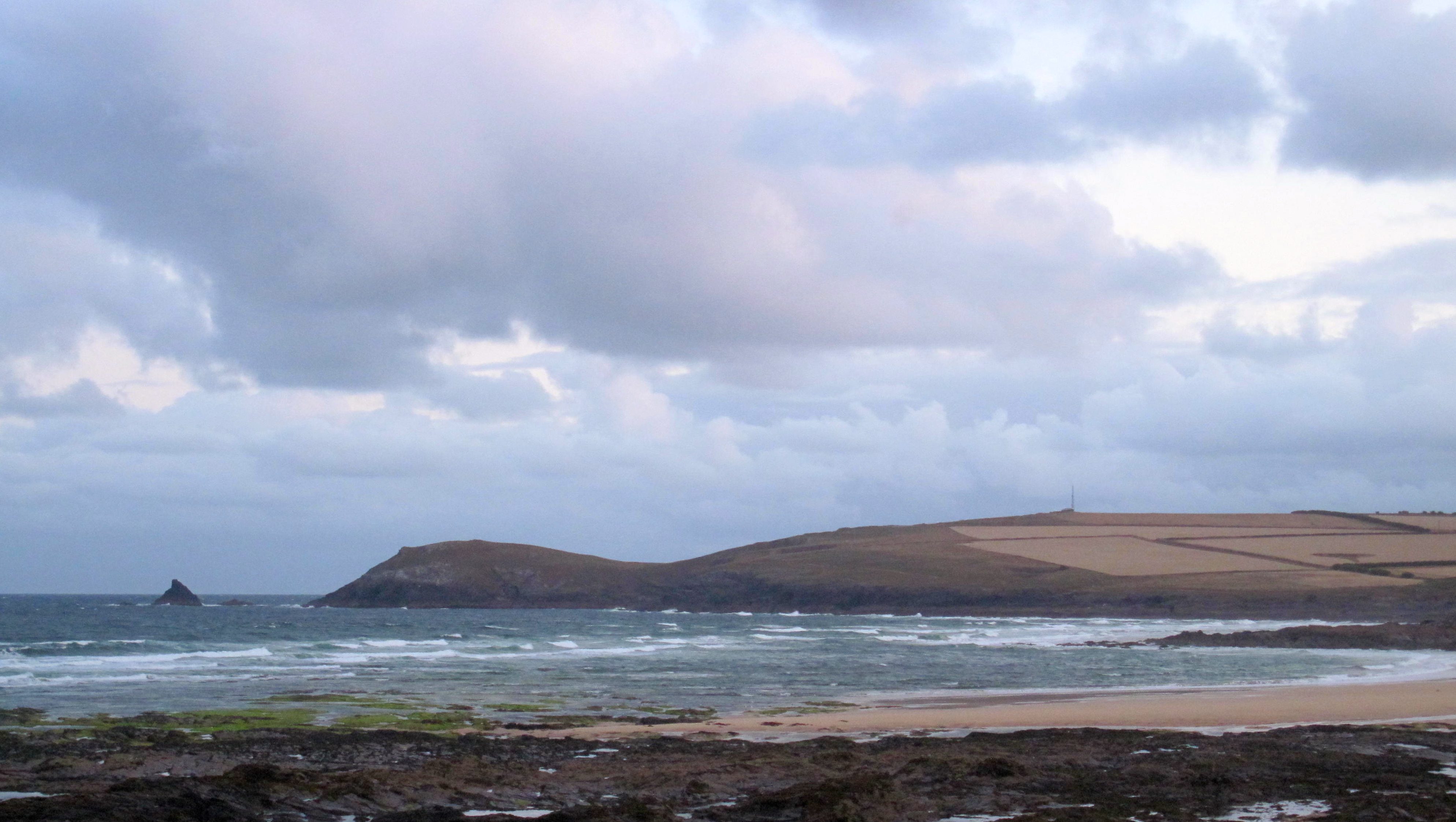 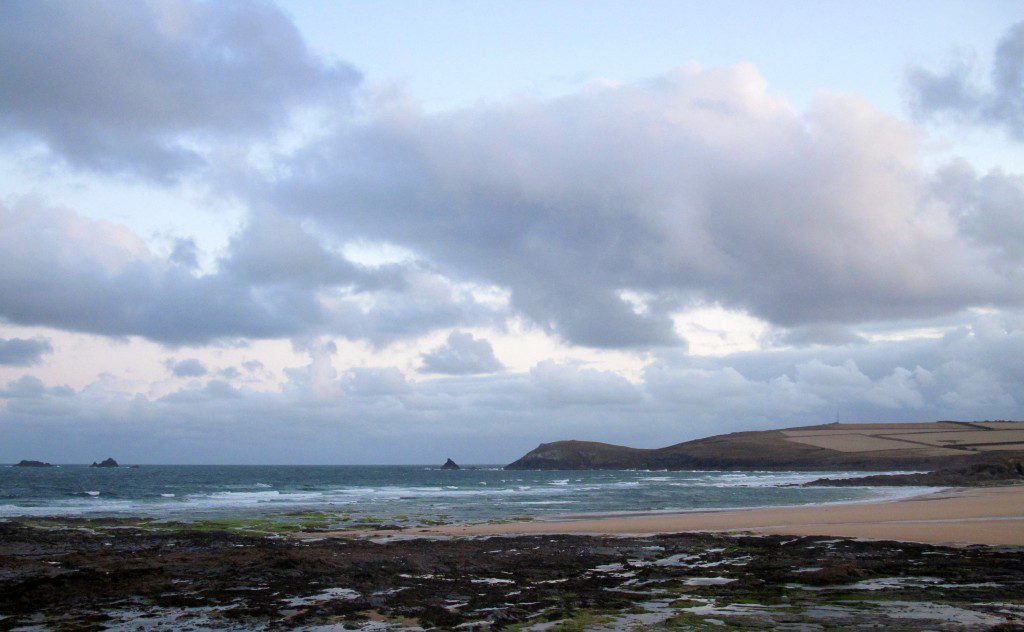 It’s another chilly and blustery start to the day, drier than yesterday’s and brighter too but still not what we’re looking for in mid August!
We seem to be in that pattern of slow starts, the early mornings feeling cold and looking a bit grey, the north westerly wind pushing that cold air in and mixing up the already haphazard waves.
The surf is a junky three feet or so, choppy and rolling and jagged, that north westerly effectively junking it, out as it does.
The day should brighten up soon enough again, give it a couple of hours and we should be seeing more bright and cheery skies. The surf might take a little longer to appeal but the tide will do its job by moving the breaks behind the headlands and so providing some shelter.
And then it should be fun with a couple to three feet of bouncy and twitchy waves to ride. 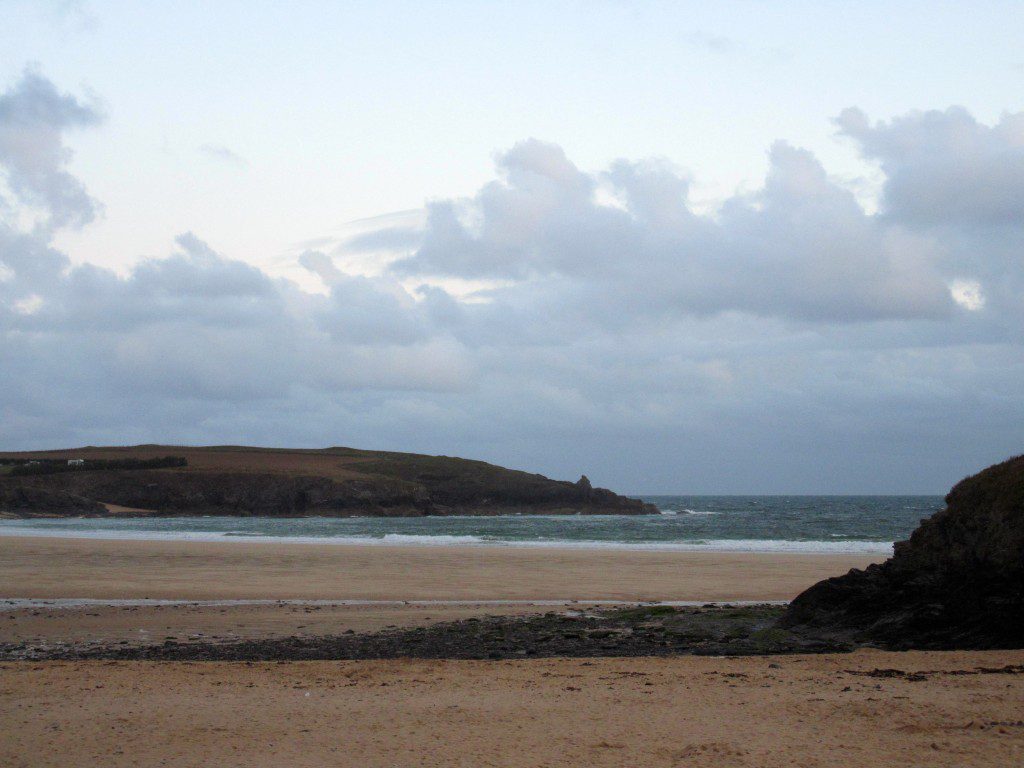 It’s pretty flat around here this morning with not much more than shin high wash being blown in by that gusting north westerly wind.
It’s a little bit grey looking too, that gusting wind all a bit chilly.
But give it a couple of hours, everything should be brighter and cheerier by then and the tidal push should give the waves a bit of help too.
But it is the other side for something better to surf again today.
Well, actually it’s way up t’north for some real surf, it’s hammering in up on the Yorkshire coast today, that low pressure system that has been causing these north westerly winds down here, creating some big waves up there!

Well, the wind should be a little weaker today, still from the north and west, still chilly and still blustery but just a little less.
And so the surf is likely to continue to be mixed up and bumpy, a little smaller again today, but big enough to tempt you in.
It’s still going to be closer to high tide for the best conditions, the wind getting at it too much when lower but we should be able to enjoy some decent fun waves.

Another week of onshore and chilling north westerly winds is waiting for us, a little taste of Autumn following all those weeks of wonderfulness.
But it should end up being a bright enough week, the wind strength gradually easing as well, while the eventually sun breaks through to warm up those sheltered spots.
The surf isn’t looking that great either.
We can expect not much more than three feet or so of close-fetch and windblown, choppy stuff as we go into the new week and it looks like that might be the way of it all the way through!
With a Bank Holiday weekend looming, all eyes are going to be on that weekend forecast. let’s hope that most of the not so good stuff has blown through by then!
In the meantime though, the best that we can hope for is a week of mixed up and choppy surf as the skies gradually brighten, those chilly winds slowly easing.
Have a great week, wherever you are and whatever you’re doing!