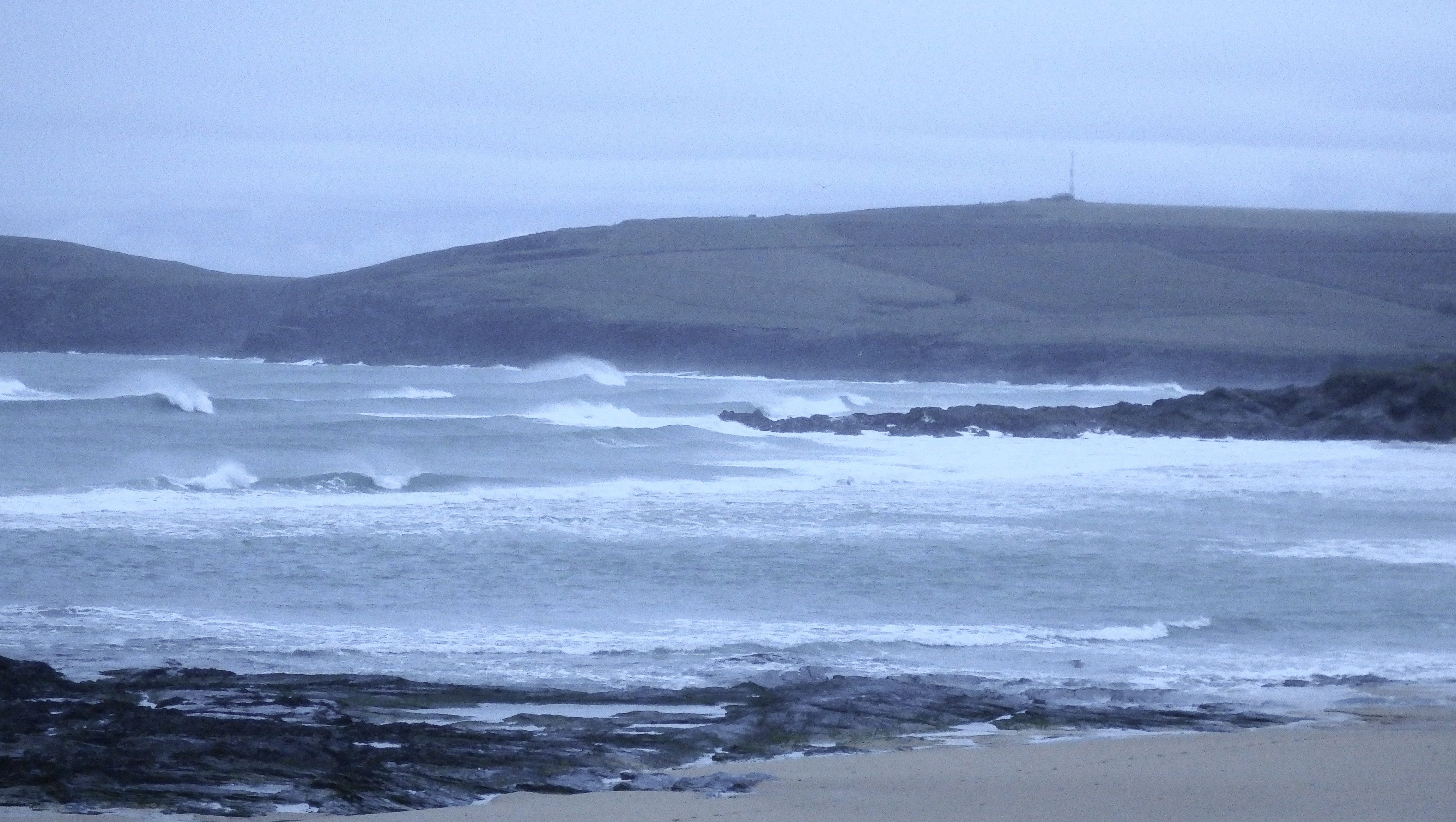 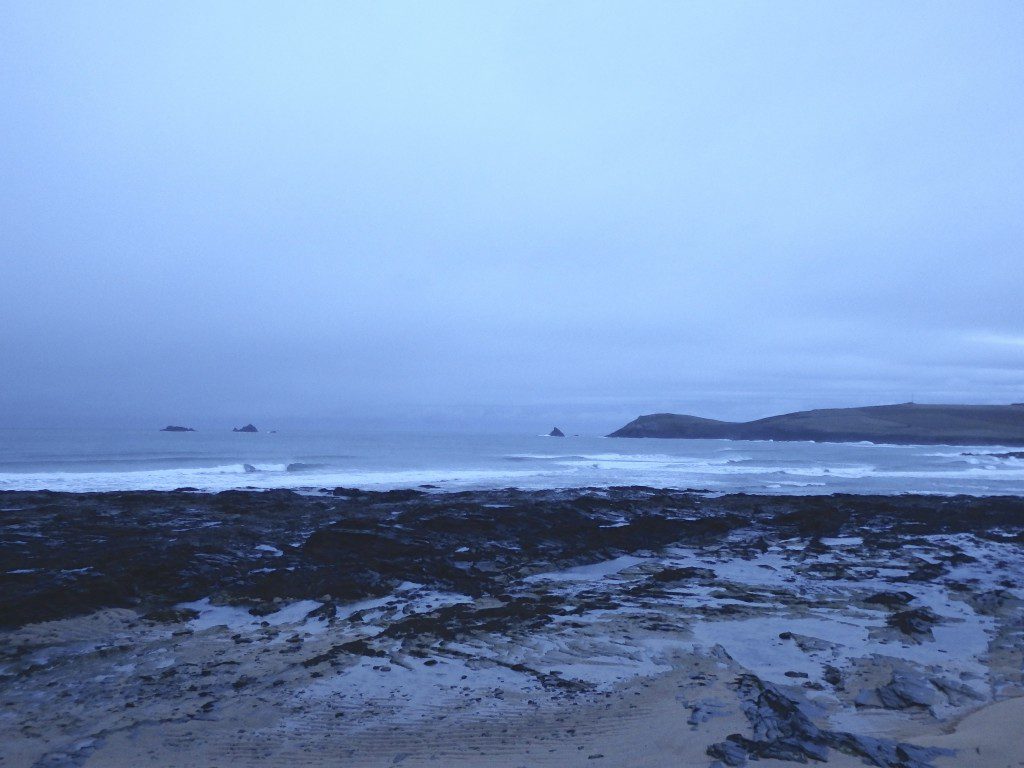 A fresh wind has returned this morning, a brisk south easterly whistling down the lanes, warping the hedgerows and hollowing out those smoothly lined up waves.
There’s three feet or so of curling and looping waves marching into the bays, the wind forcing them to turn inside out as they break. The set waves are the ones (as always!), they are standing tall and proud, shoulder to head high before peeling across the bay.
It looks fun!
The wind is a little bit chilly but otherwise it’s all looking good for a morning of fun surf! 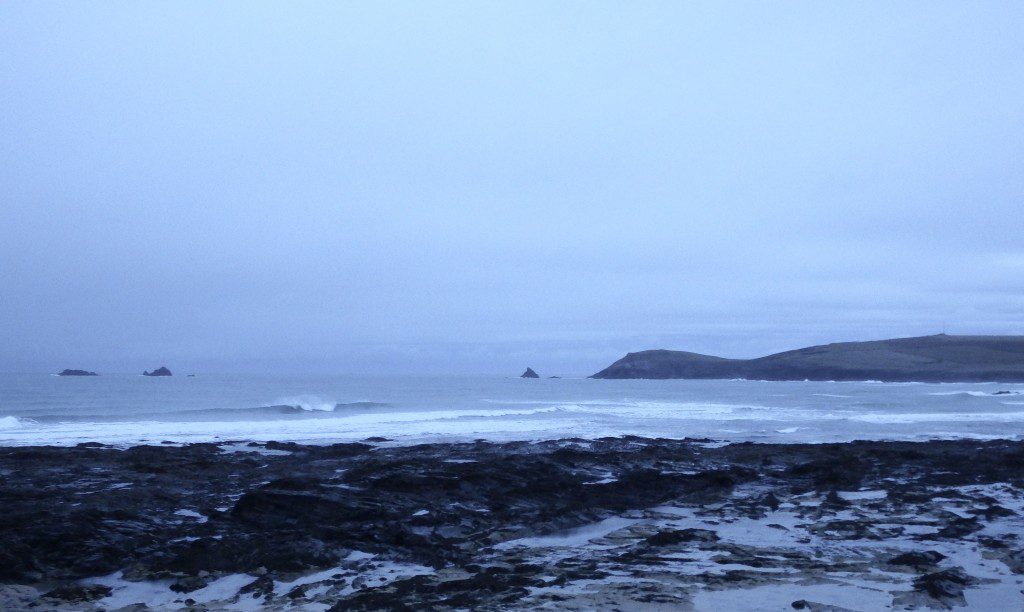 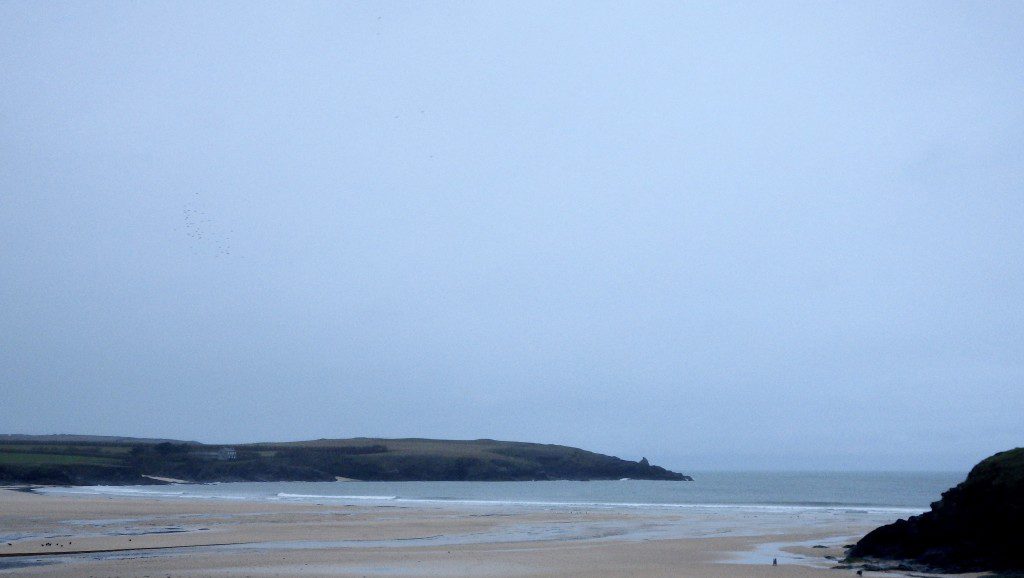 It’s almost flat around here this morning.
There are tiny little waves peeling against the wind and they are probably just about rideable but the other side of the headland is three feet, offshore and fun looking, so why would you bother?
But, if Harlyn is your thing then you might get an odd ankle biting glide. 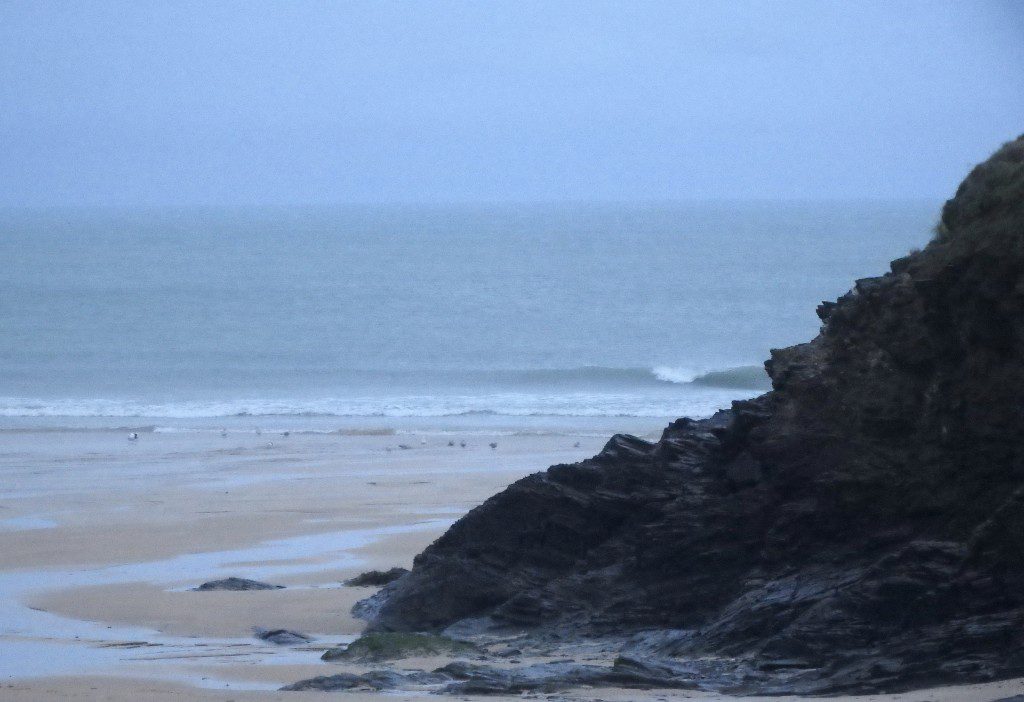 The swell might just be a smidgeon bigger today, if the wind allows!
More brisk offshore (south easterly) winds are forecast to blow, maybe not quite as fresh as yesterday but strong enough to hollow out those waves.
Just before high tide at those breaks with a higher foreshore are going to be the best places to aim for.
It could just be very good today!

We should be in for at least a little respite from those wet ’n windy storms that seem to have been blowing hard all winter but make the most of it, we will be seeing more onshores and wetness soon enough!
In the meantime though, we should start the week with a pleasant and steady three feet plus of swell spinning off some three to four feet of surf at our favourite surf spots, the wind starting out fresh and offshore but easing in strength quite quickly.
Those calmer conditions should last well into midweek, the wind only eventually backing to the south west but maybe not until the end of the week and then not blowing anywhere near as hard as it has been.
It will be nice to surf those better breaks on this side of the headland for a change!
Have a great week, wherever you are and whatever you’re doing!