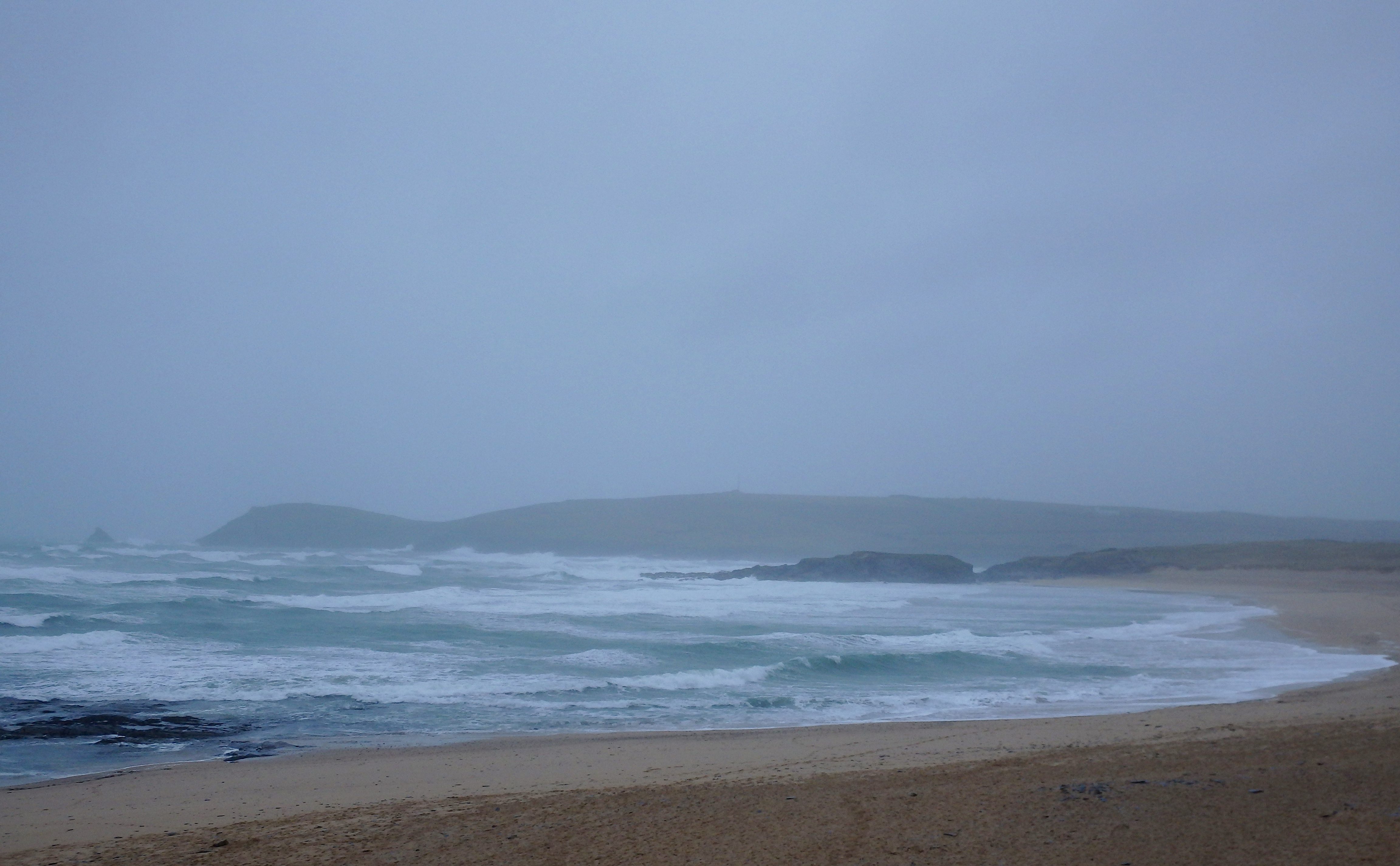 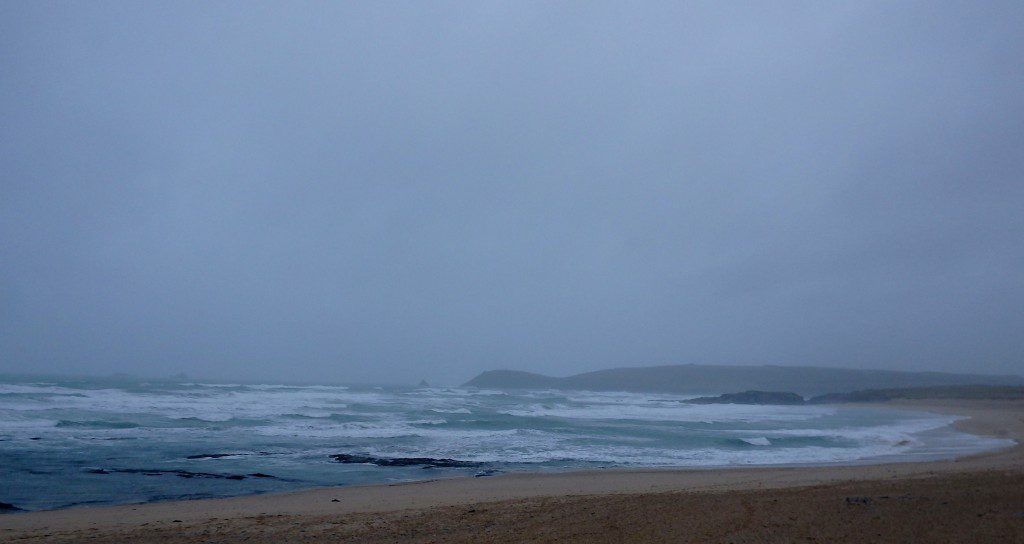 Another grey and windy day is smothering us in its dampness, that snug mildness masking us to the deceptiveness of Winter so far.
There is plenty of time for the temperature to drop before Winter can be called over but these mild temperatures with their wild winds and dampness do seem to have won out this year.
So today is a repeat of the last few weeks, the wind is singing in from the west sou’ west, the drunken swells are being buffeted into the bay to haphazardly break wherever they fall, while sky and sea merge into one graded backdrop of silver.
Six feet of chopped out and windswept junk surf is all that you can expect at the main breaks today (again!)!

Thanks to all of you who made the trek to take advantage of our weekend POP-UP SALE this weekend!
It was great to get a buzz going in the shop with lots of new friends and lots of lively conversation to brighten up these grey Winter doldrum days. It’s always great to see our customers meeting each other as well, forming new friendships with at least a little in common!
And a good few bargains were had by all too!
We’ll have to think of a reason to attract you all back next weekend now though!
Any ideas? 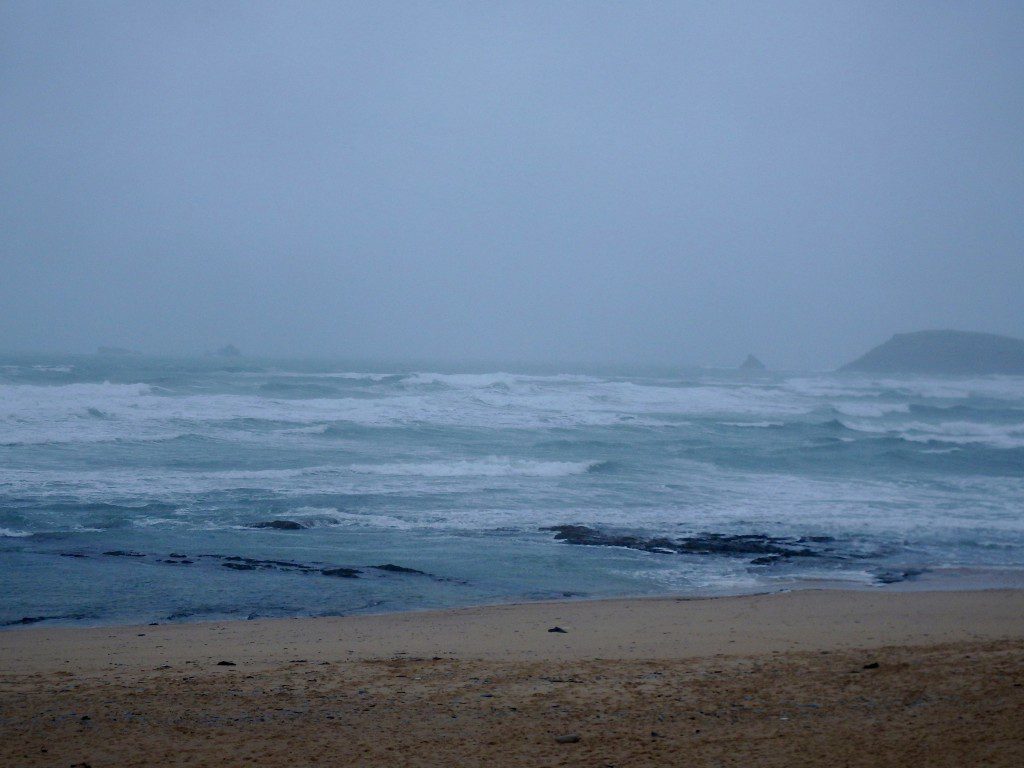 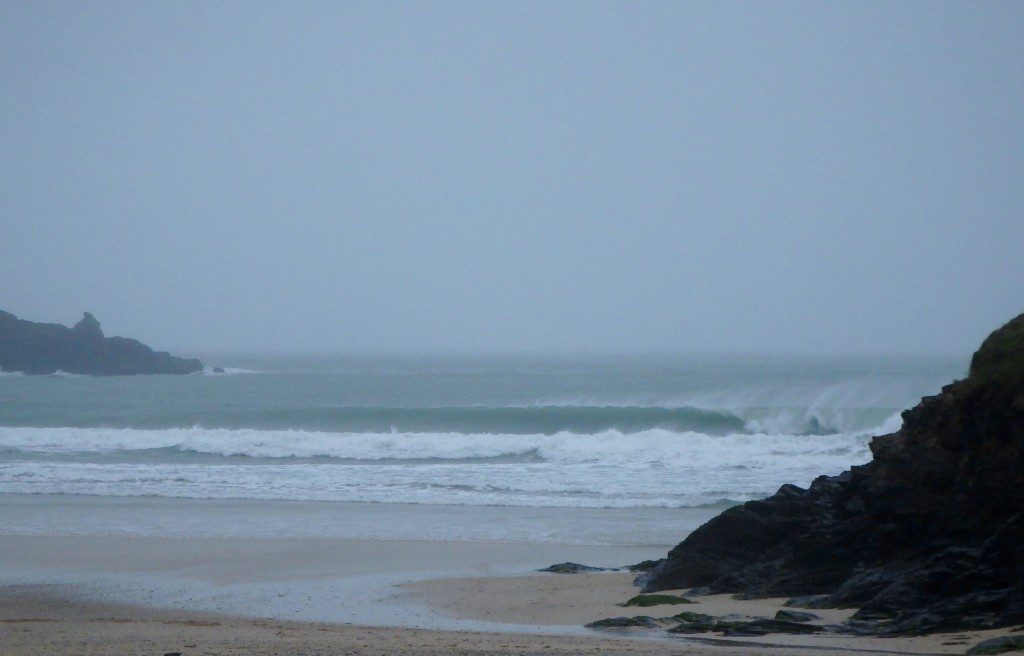 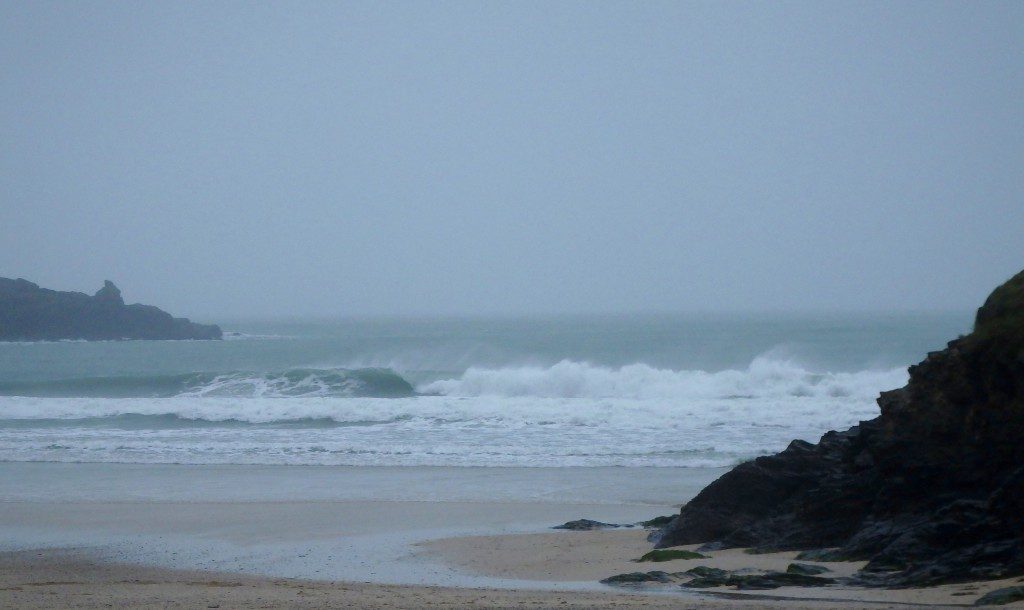 There are some trough-heavy and hollow ones barrelling into the bay this morning!
Four feet of offshore blasted winter swell is pushing onto the Rock with a reeling right-hander spinning off from every fifth or sixth wave (the rest doing that beachwide shutdown thing that Haryn does so well!).
Yep, it is proper Winter Harlyn in full flow, the wind screaming offshore, the swell pulsing across the bay, those whomping waves crushing onto the sand.
Have fun! 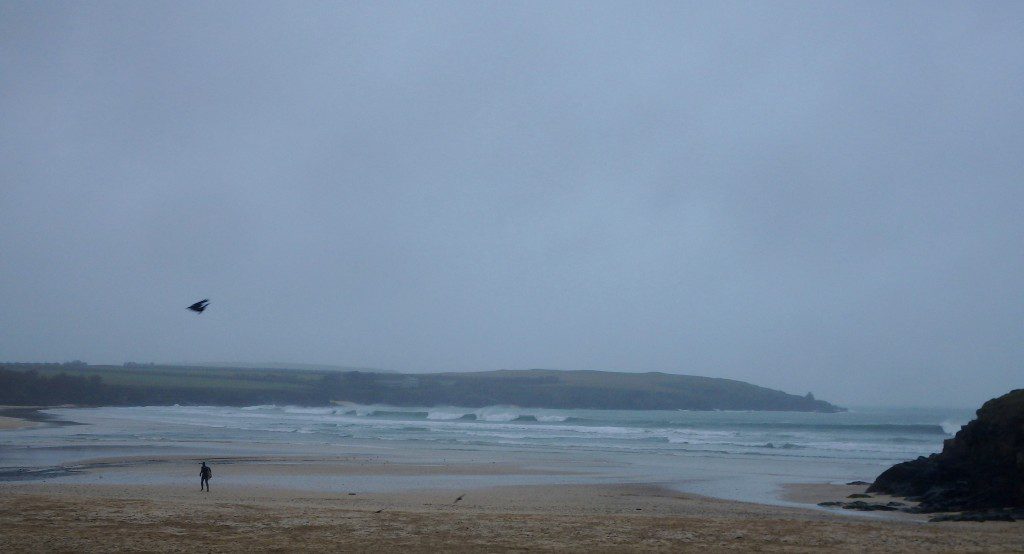 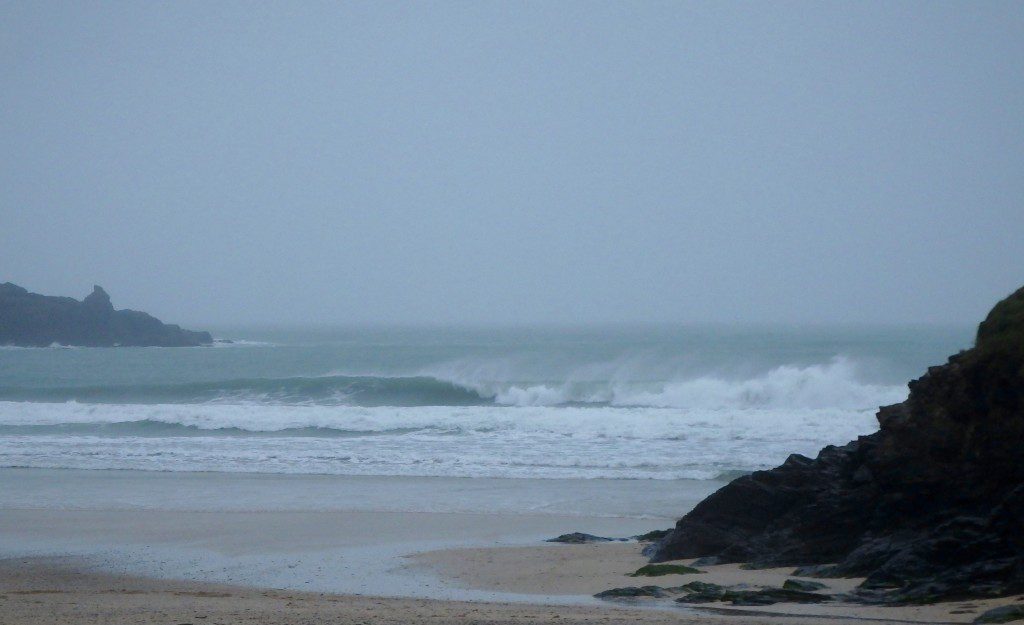 The wind looks to be settling to the west, maybe just a little north west today, which would be a shame.
If it stays just south of westerly then Harlyn will continue to deliver the goods, that degree or two beyond west to the north just puts it onshore, everywhere along this coast.
Maybe the south will show some promise, there’s going to continue to be plenty of swell around!