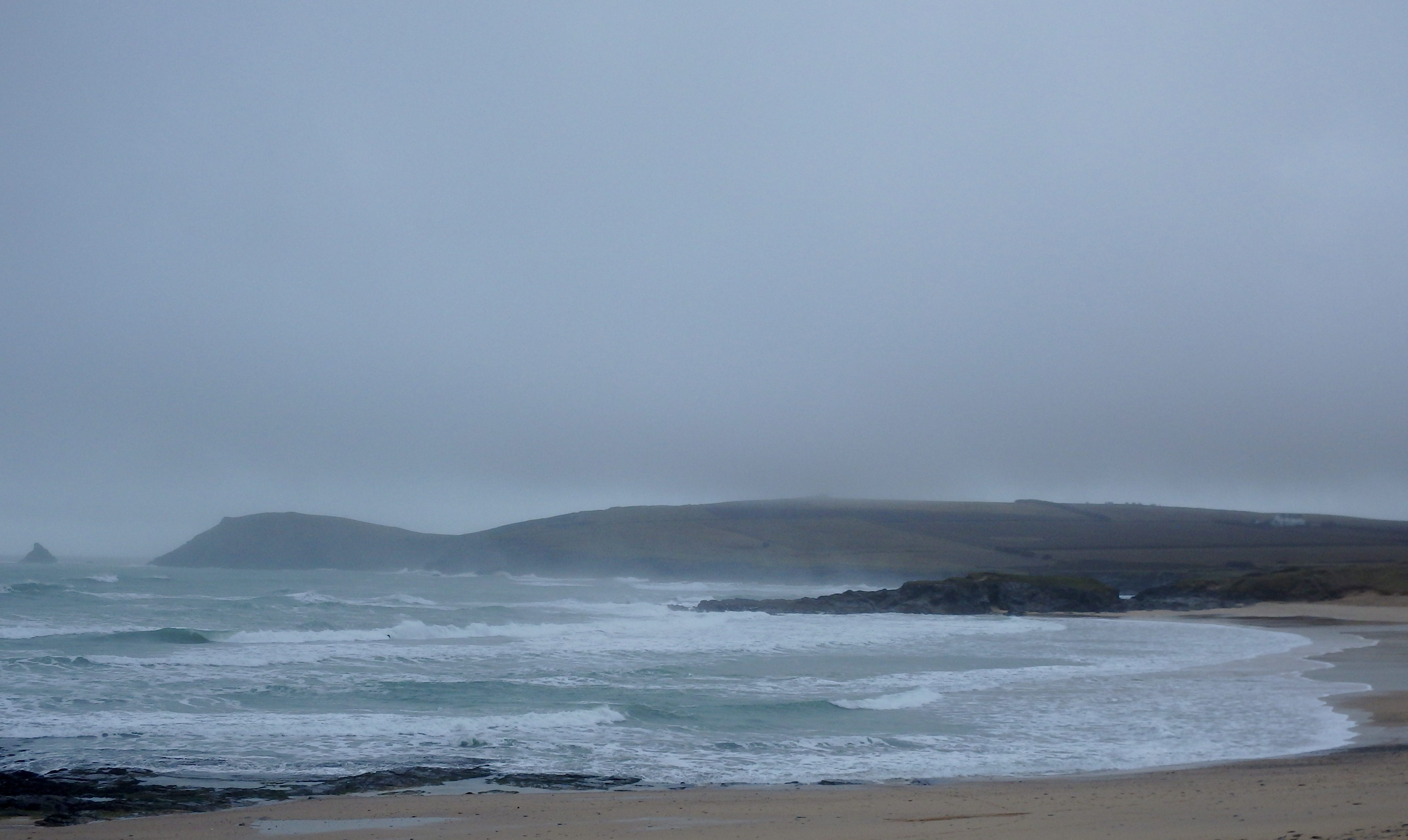 It’s a proper mizzly old morning this morning!
The wind has dropped away to stillness beneath a bleak but snuggly horizon-hugging canopy of grey wetness. With little to separate those grey wet fields, that grey wet ocean and the grey wet sky, it is all a little, well, grey but it is mild and still and peaceful too.
The surf is a bumpy, lumpy mess of three to four foot slop. Even though there is barely a breeze, that breeze is north north westerly right now, light but onshore. That might smooth out as the day rolls on but right now it’s not all that. 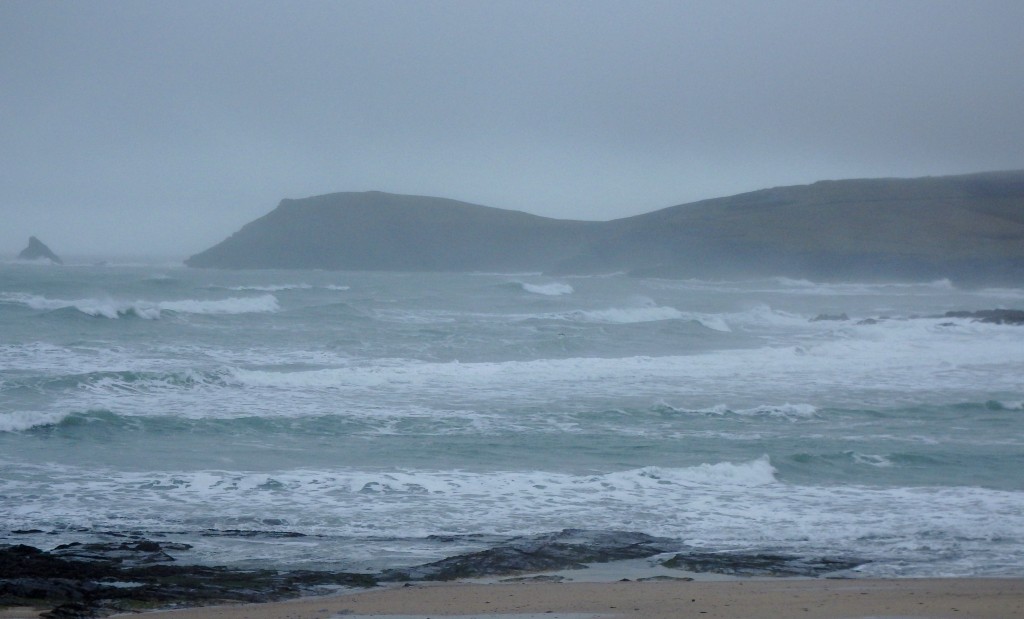 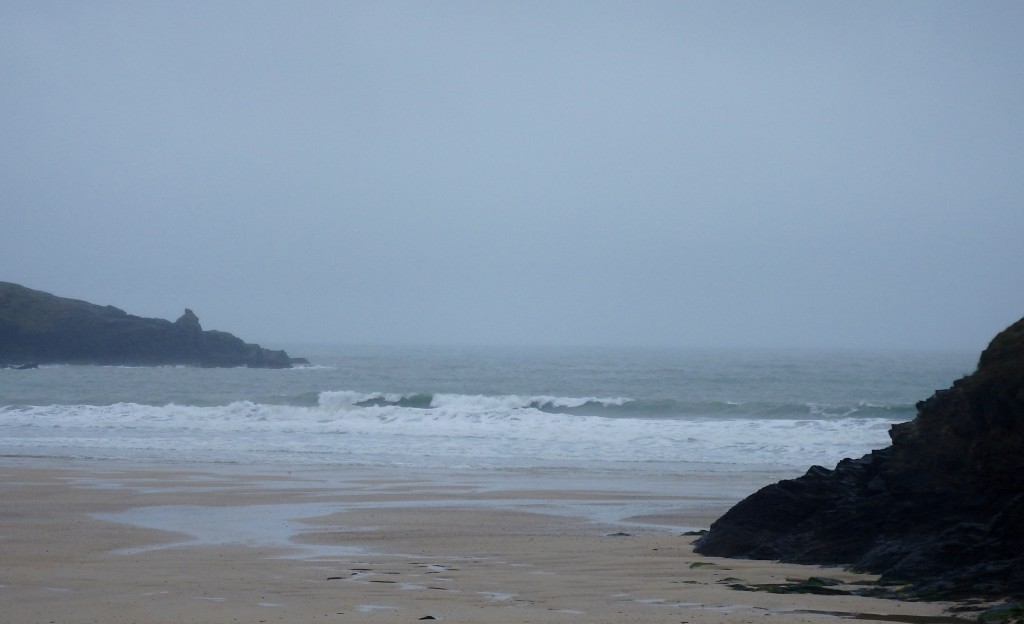 There’s a couple to three feet of onshore chopped and slushy, grey surf washing through the murk and dampness of a mizzly Monday morning.
There is barely a breeze but there is enough of a breeze to have an effect, straight onshore and so slopping and chopping that small surf.
And, while the other side of the headland might (should!) improve through the day, there is unlikely to be much improvement here any time soon!

I’m hoping for some good conditions today but it could go either way!
With a steady three foot swell rolling our way and the breeze forecast to eventually drift lightly from the north east (offshore), then we might just be enjoying some sparkling and quite glassy, offshore little peelers. And we might even finally see some of that clear and crisp winter sunshine too!
We hope.

It’s all looking good for a slow and hesitant but eventually very pleasant and surf drenched start to this week!
With the wind dropping to a breeze through Monday and eventually switching offshore, that four foot swell should be grinding in at most of our favourite surf breaks. And as the week unfolds the wind should settle to the north east (offshore), gradually going more easterly for at least a couple of days, if not most of the week!
Throw some long awaited winter sunshine into the mix and it is all looking good for at least a couple of days of clean and fun, battery re-charging days of three to four feet, clean and spinning surf!
Or it could end up being a few days of utter frustration as the breezes stubbornly refuse to twitch those few degrees to the east!
I’m going with the twitch but then, you know how frequently I get it wrong!
Have a great week, wherever you are and whatever you’re doing!