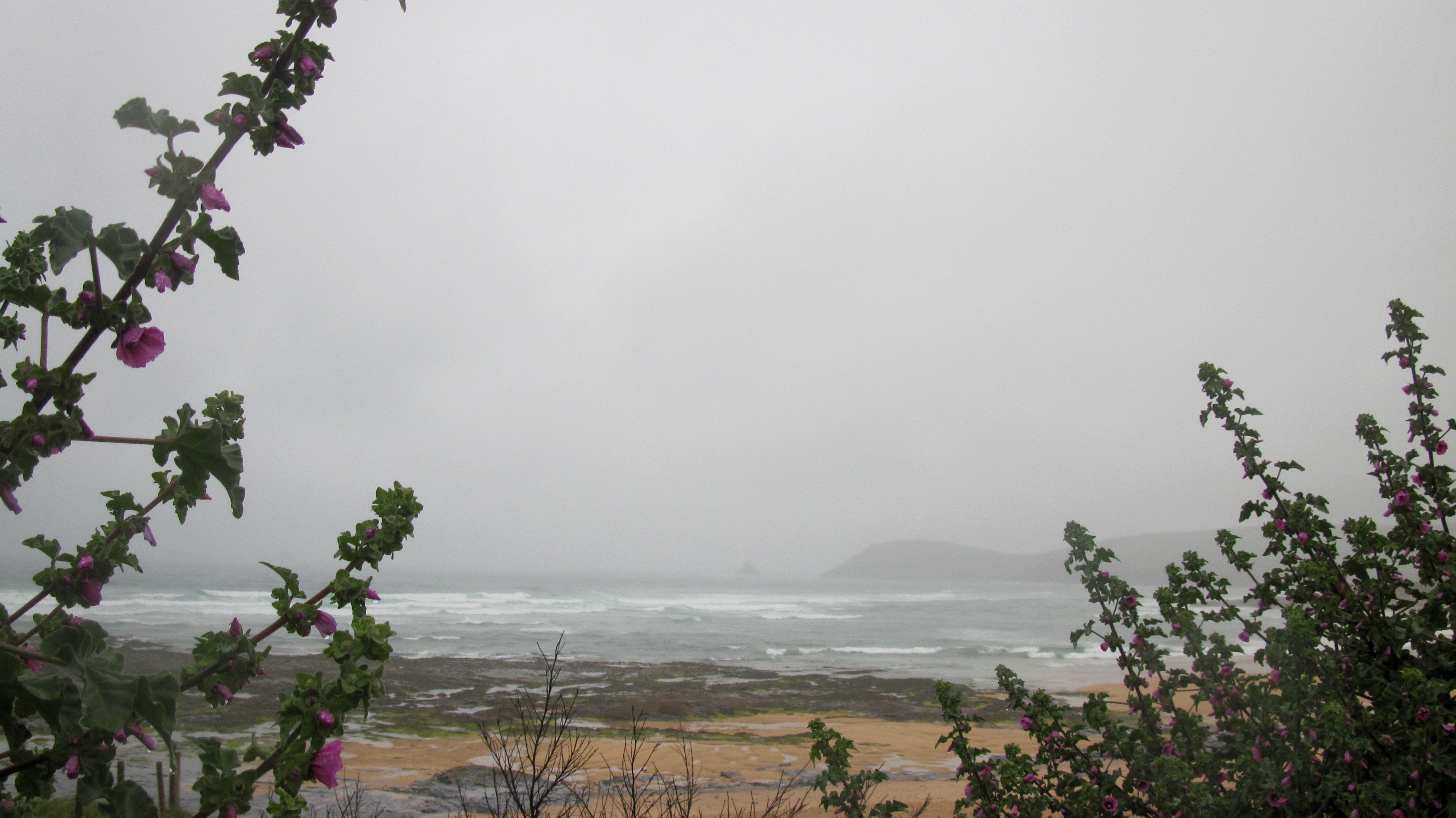 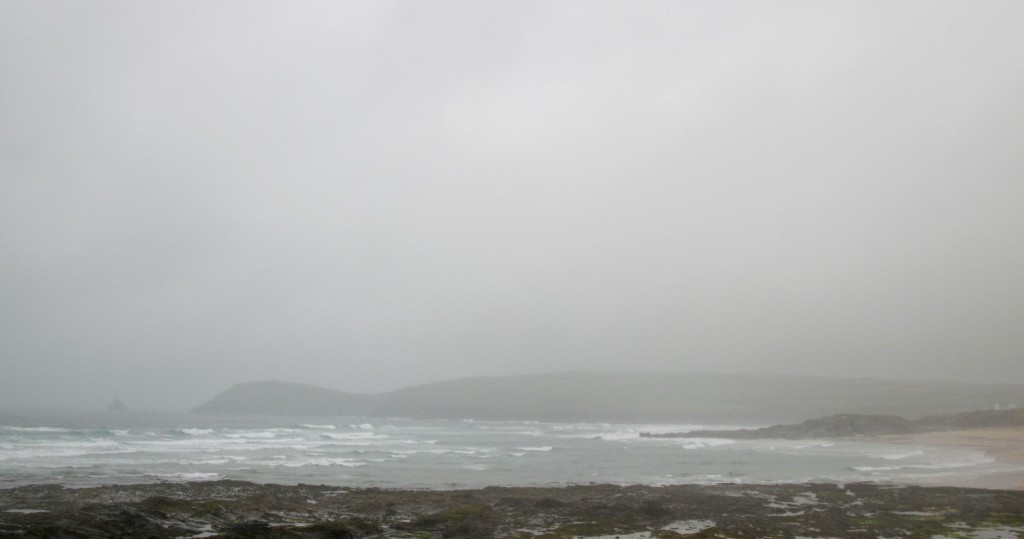 It’s a wet ’n windy one this morning, the surf a sloppy and choppy three feet of mixed up and messy stuff, rideable but hardly a ‘dream’ day.
The wind is gusting in from the north west again this morning, a little fresher than it has been, strong enough to slop up the surf and make that rain a stinging thing.
That wind will gradually ease up and the sky will gradually brighten although the surf will take a little longer to shape up. It will eventually organise itself a little better but it’s not going to get anywhere near being good though!
At least it’s not flat! 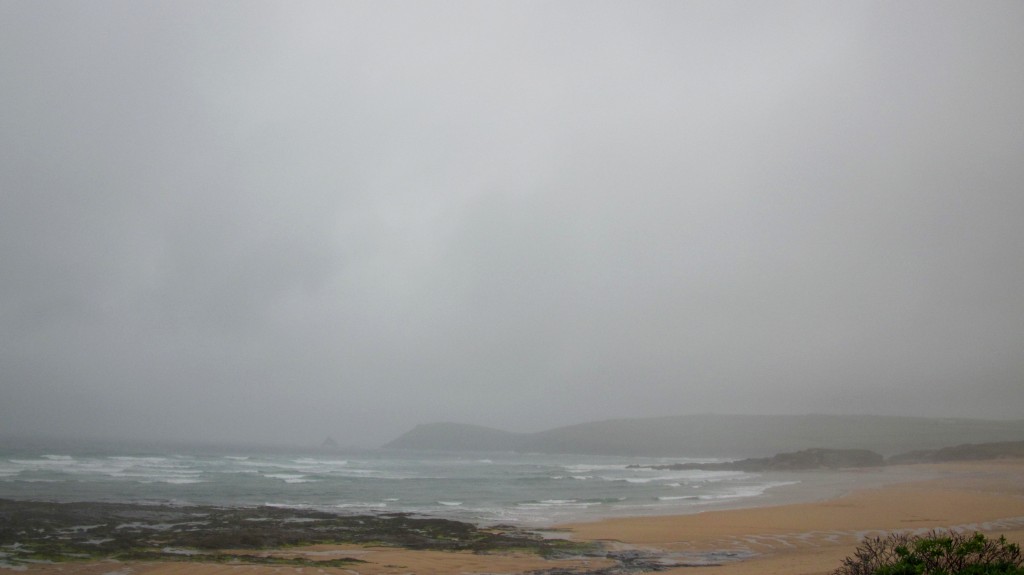 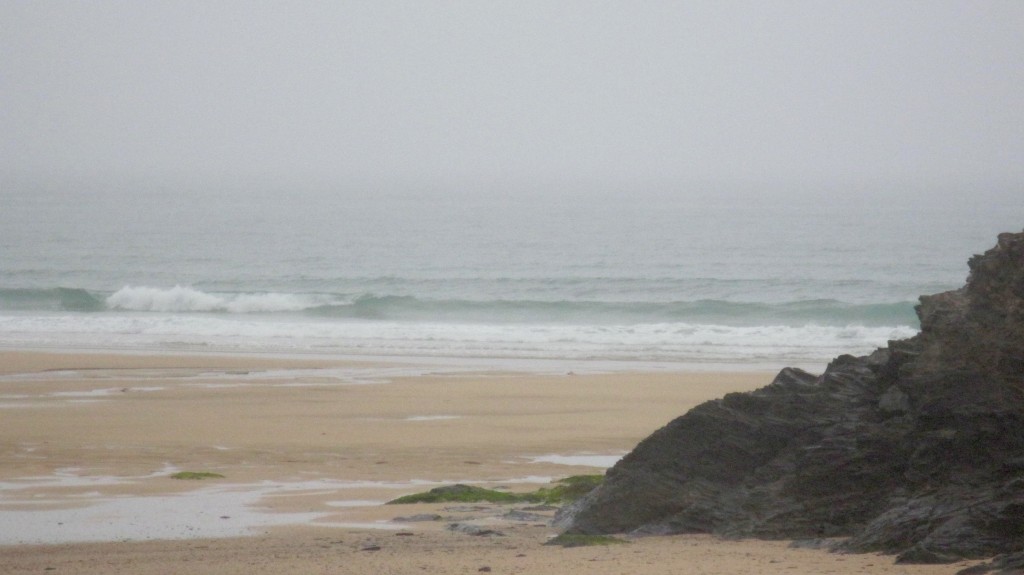 There’s a foot or two of weak and crumbly surf washing in here this morning, a hesitant little swell nervously trying to break.
Knee high and crumbly, it’s hardly a stoking alternative to the other side but there is a wave here today and it is rideable, just.
That weather is closing in here this morning though, the wind driving the murk and rain in a stinging blanket of wetness.
The other side is bigger and so is probably the place to go, especially towards higher tide when there might be some shelter from this wind. 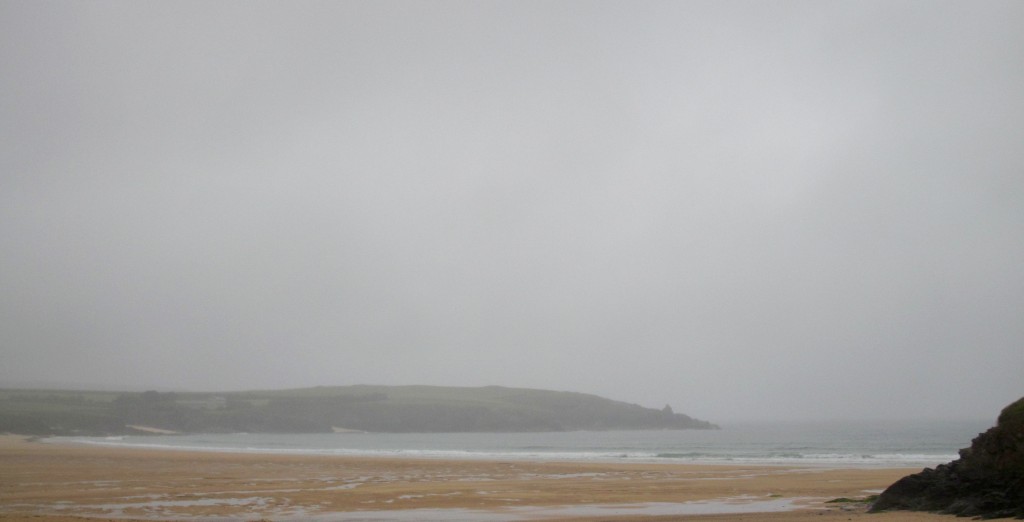 At least it should be brighter today – a whole heap brighter than Monday!
And that wind should have dropped to a breeze, still onshore, still from the north west but nothing more than a breeze.
So a weak and maybe a bit crumbly but rideable two to three feet of surf should be waiting for us. And compared to recently, that will do nicely!

Another frustrating week of onshore winds and fairly weak, mainly small surf is waiting for us this week.
But the wind does look like it might lighten as we go along and the swell should remain consistently in the two to three feet range. A few more weeks of these conditions and we will all be expert mush grovellers!
But at least it’s not flat and looks like it could pick up through the back half of the week.
The weather is likely to continue to be patchy too, starting out a bit damp and breezy through Monday but lightening up as we go along.
I’m guessing that after a dreadful start, it might just all turn out to be better than we expected this week!
Have a great week, wherever you are and whatever you’re doing!