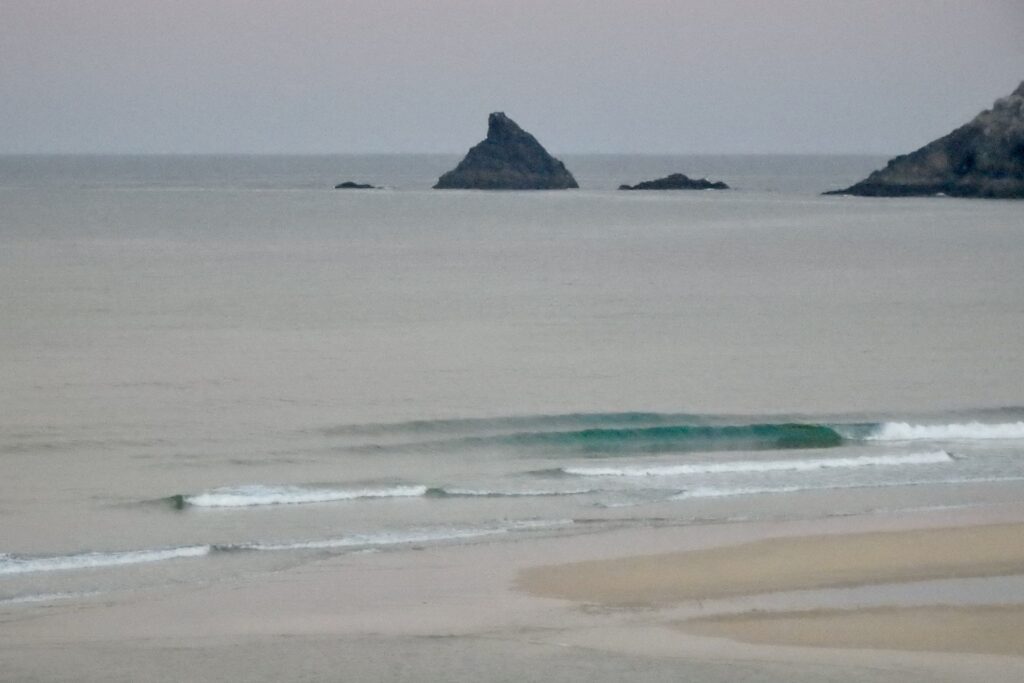 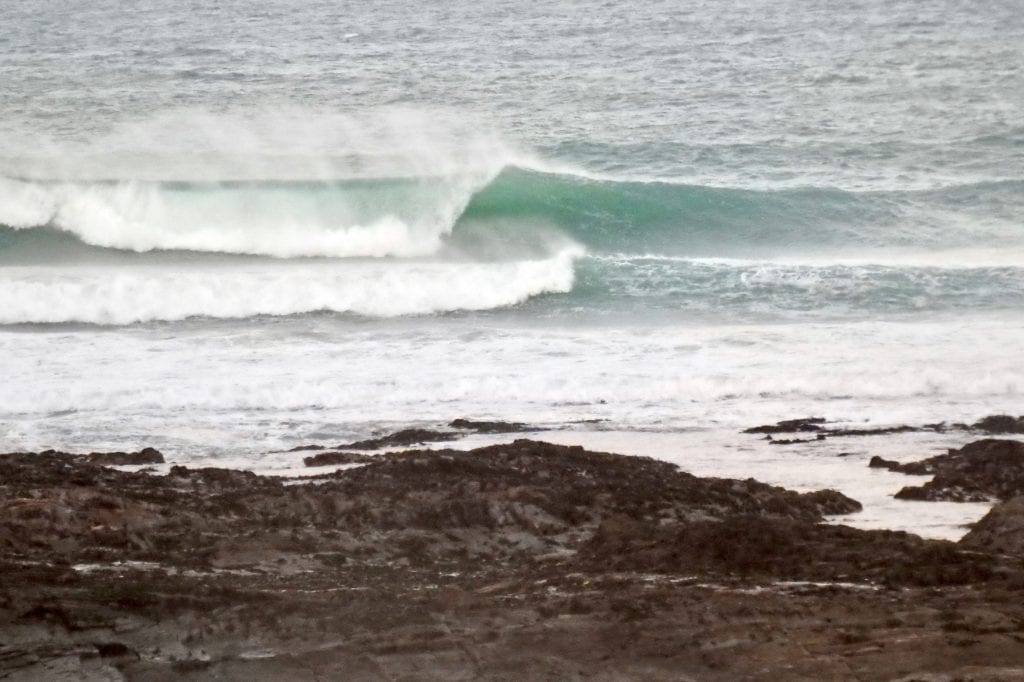 There’s a chill wind gusting across Constantine this morning, a brisk north easterly biting and pulling at the marram.
But the sky is brightening as those thick cloud bundles scud across the horizon, the forecast showing this wind to ease as we go through the morning.
And the surf continues to drive into the bays, three to four feet of curling and looping, almost angry looking peaks are swooping in and spilling across the shallows, that wind hollowing and holding those stormy looking waves.
It is good but it should improve a whole lot as the day goes on. 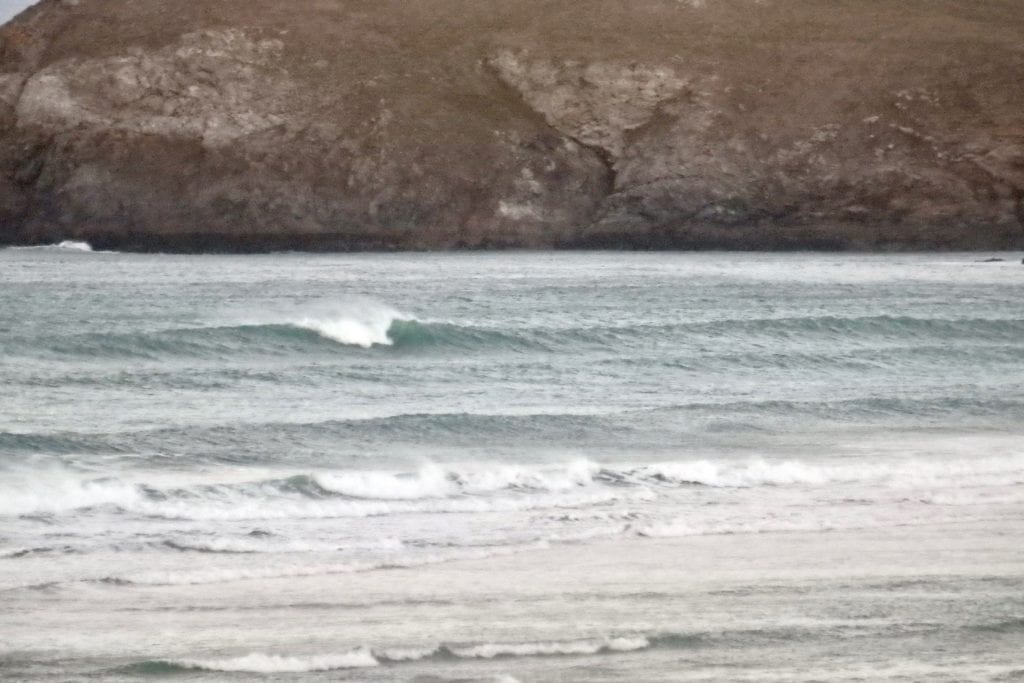 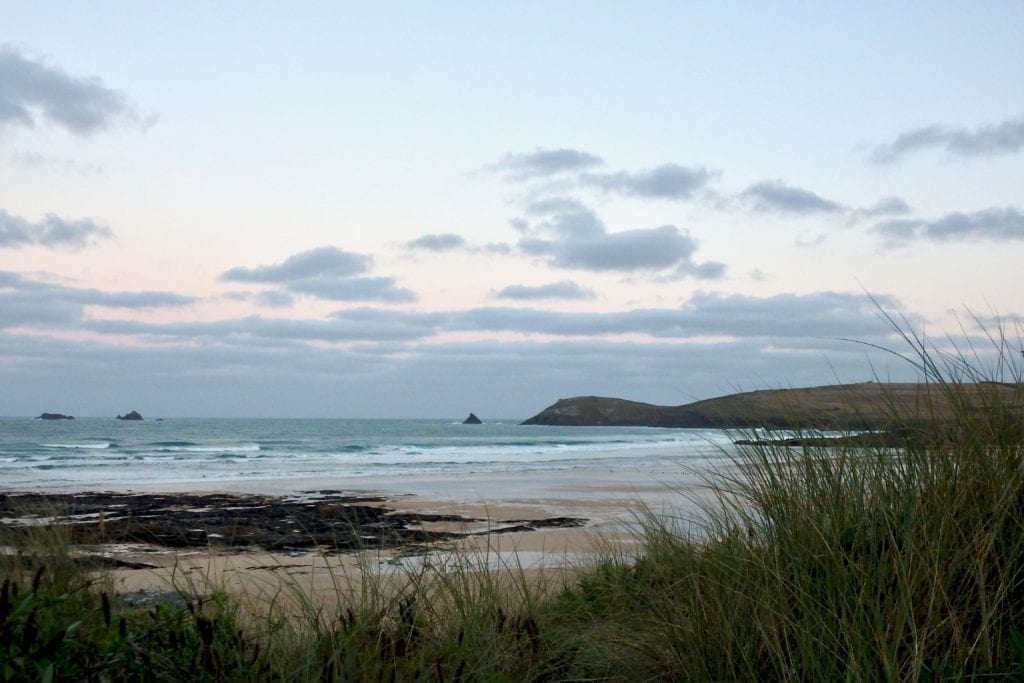 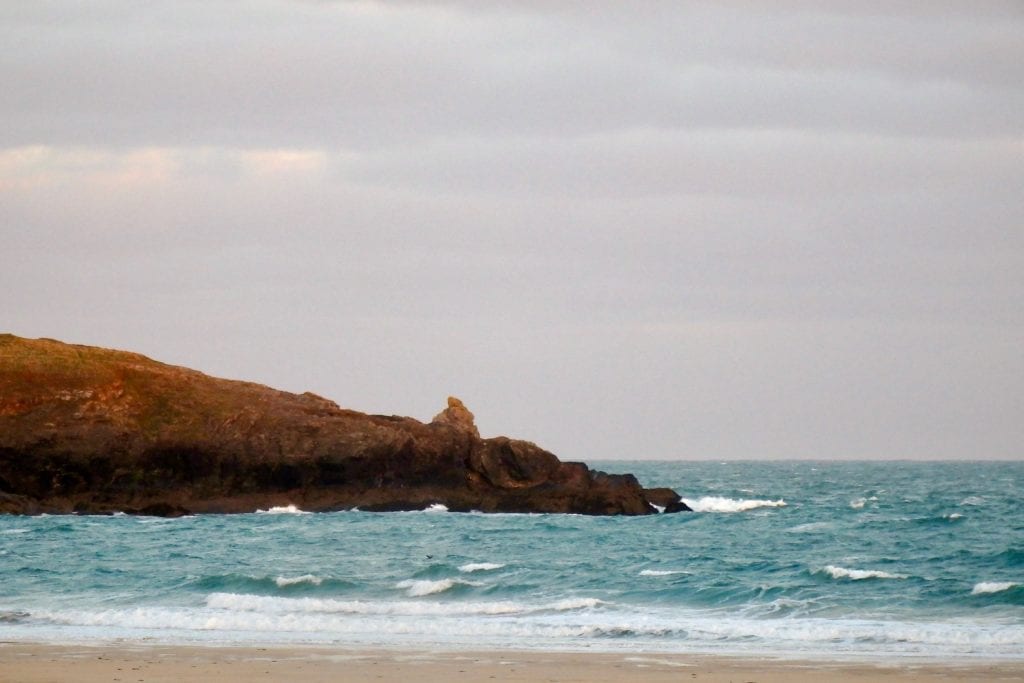 That gusting north easterly blow is chopping and slopping the couple of feet of weak looking surf that has bothered to swing into `Harlyn this morning.
Little peaks are folding over as the dropping tide adds just a little pull to it all.
The surf is way better over on the other side and as the wind eases later on it should improve again.
The weather is brightening by the minute but that wind is biting! 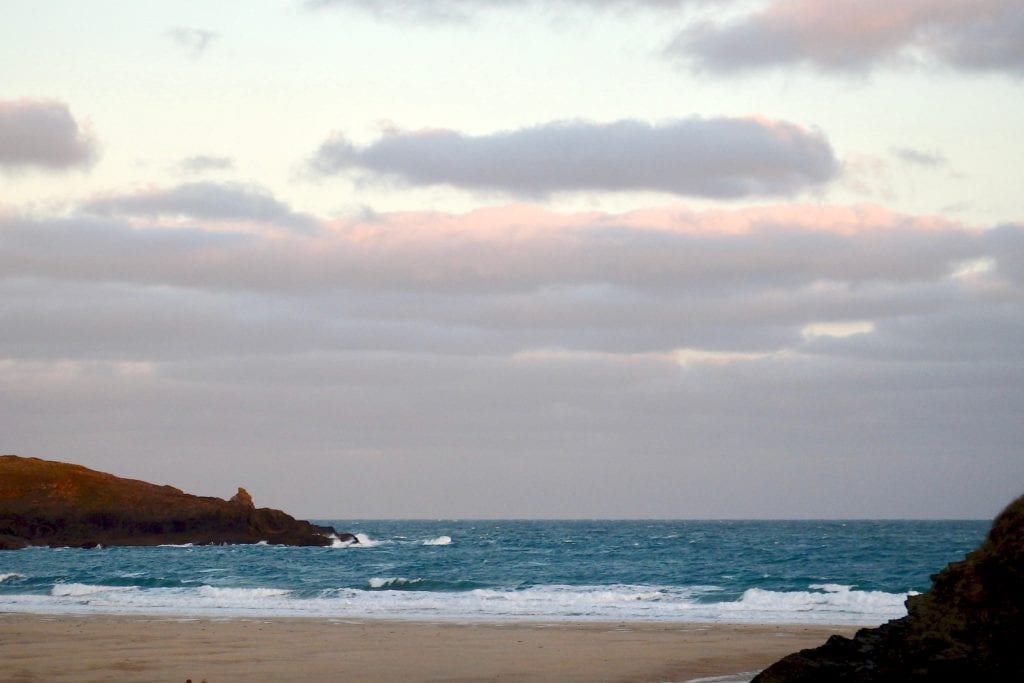 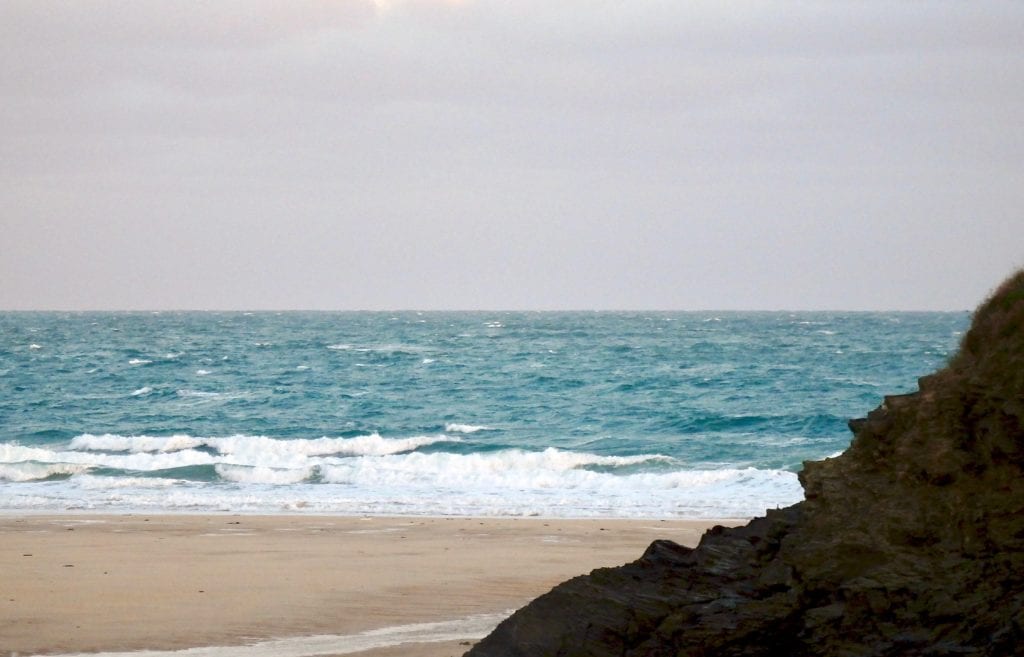 North westerly winds are going to blow onshore today, not as strongly as Monday morning’s blow but strong enough to add a bit of chop and crumble the surf more than we have seen for a while.
After saying that though, the weather should be bright enough and warm enough if you can get out of the wind while the surf should still be three feet or more and fun!

Ah, we just can’t get enough of these bright and cheery, calm and pleasant surf filled autumn days can we!
And there’s no sign of any let up just yet.
Well, not until next weekend maybe but that’s a long way off just yet.
So another sun and surf filled Monday will start the week with those light offshore breezes shaping and molding that same three to four feet of rolling swell.
Tuesday could feel a little chillier as the breeze strengthens and switches more to the north, going north westerly and so chopping the chunky four foot swell.
But by Wednesday we should be back to enjoying those light offshores, now from the north east and so feeling a bit bitey and chillier but still sunny with great waves.
And that is likely to be the way off it through the back half of the week, bright and sunny, chillier conditions with a couple to three feet of enjoyable surf.
Make the most of it if you can though, it won’t last forever!