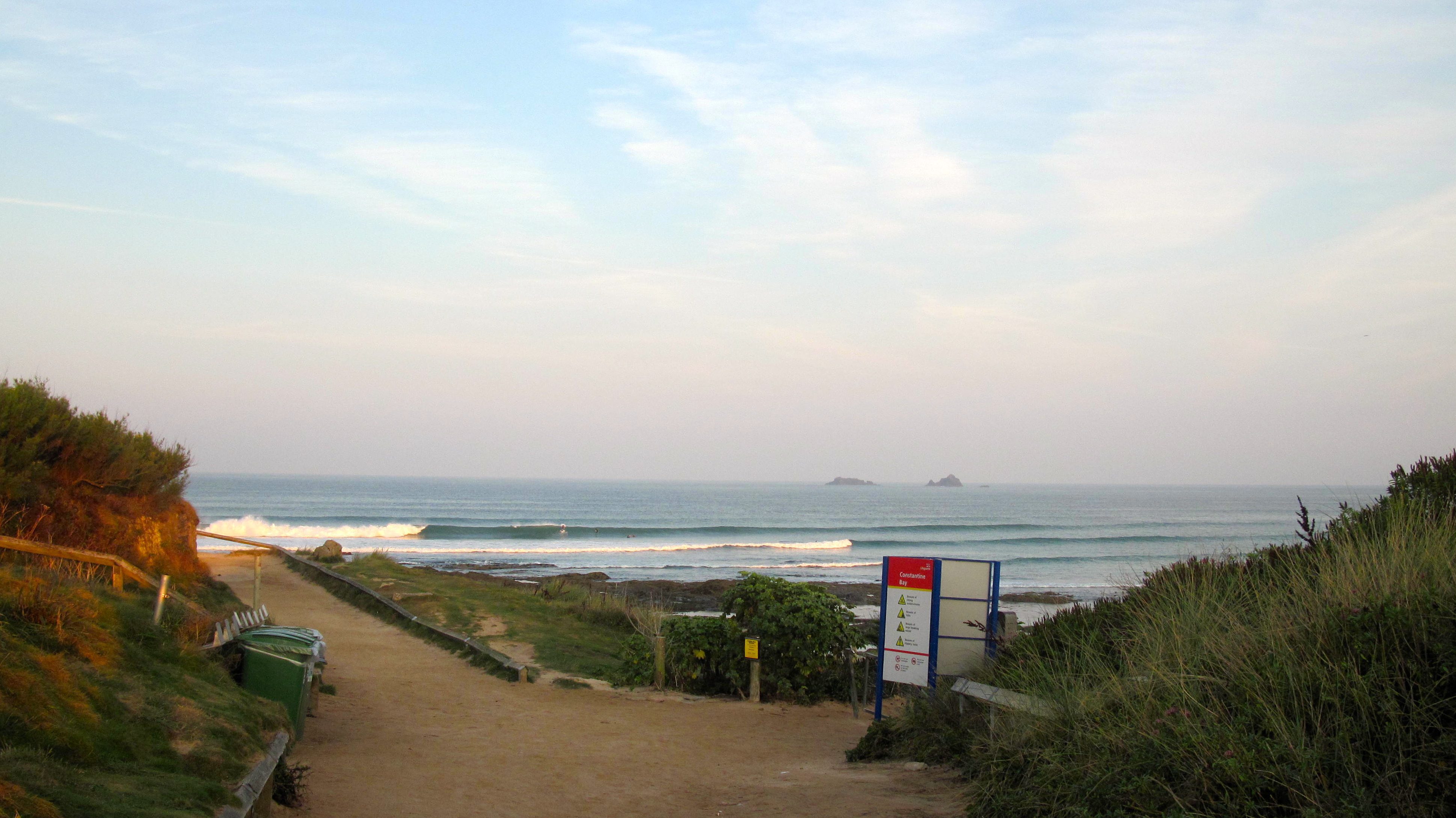 It’s a happy Monday out there this morning, a bright and cheerful, calm and tranquil kind of morning with pumping surf.
Clean lines of cresting and peaking swell are gracefully sliding in against the lightest of light offshore breezes, the bright dawn sunshine glinting and glistening off those beautiful waves.
The surf is a little less than yesterday but no worse for that in the bay, it’s not as rippy, much more organised and set-up, an easier paddle for everyone!
Yep, it’s a day to consider shoving everything else aside for!

It’s pretty much flat around here this morning, a little ripple slushing towards the Rock on this bright and beautiful morning.
There might be a little more to it on this afternoon’s tide but really it is the other side again today. That’s where the action is with that graceful, rolling swell breaking at all of our major surf breaks dotted along the coastline.

The biggest difference today is probably going to be the wind switching to more of an onshore direction. Well, it’s unlikely to be more than a breeze really.
Other than that the weather should stay fine, the swell is settled into that three foot plus range, evenly spaced and smooth, rolling our way from a long way away and the sand bottomed beaches are all shaping up nicely.
It’s unlikely to be as exquisite as sunday and Monday but it should still be a whole heap of fun!

That trio of quite interesting low pressure systems which surrounded us this last few days are being replaced by one strengthening system, all isobars and black ink, lurking way out in the west, that high pressure system still clinging on to us and helping to keep those winds above us light and the weather mild.
So we’re going to have waves and good waves, maybe even excellent waves as we launch into another week of September swells.
The wind should stay light, maybe a little more onshore than we have been seeing this last couple of weeks but that mainly in the afternoons with that sea breeze effect and even then not too strong.
So a half decent three to four feet of surf should kick the week off, that sunshine continuing to brighten our days for a few days at least.
The swell is likely to ease off just for a whole in midweek before surging through again.
Yep, it’s all looking good for a late September swell packed week of surfing fun!
Have a great week, wherever you are and whatever you’re doing!