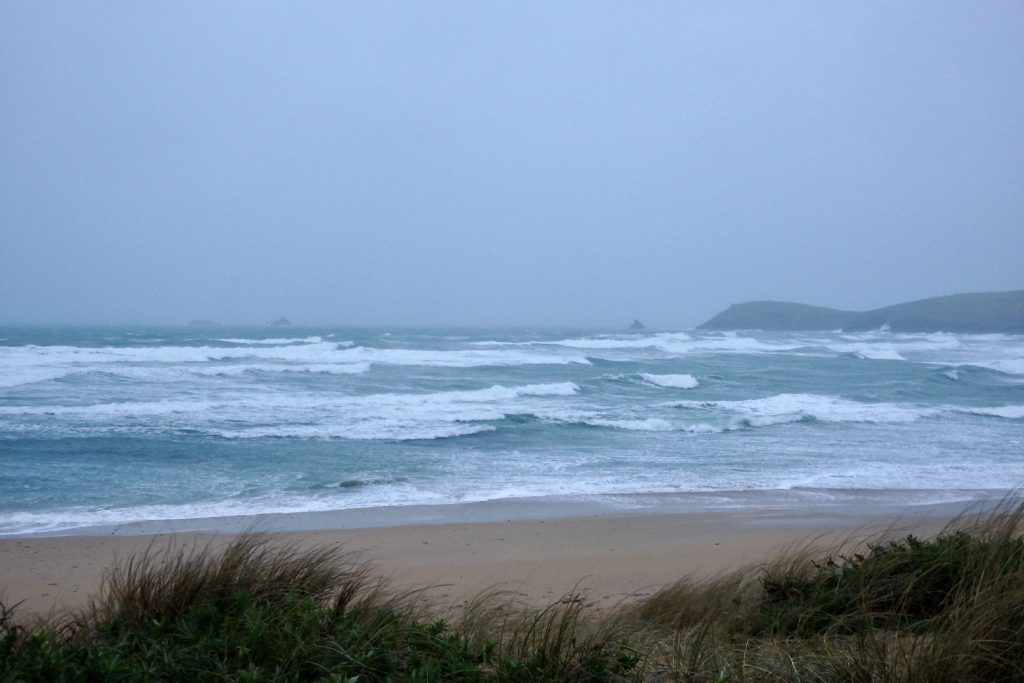 I hope that you weren’t expecting too much of a change in the weather this morning because that angry wind is still blowing sheets of rain our way, the greyest of grey and miserable skies merging with an angry looking and mixed up mess of an Atlantic Ocean.
Big waves are being tumbled onto the beach but you wouldn’t want to ride any of them! 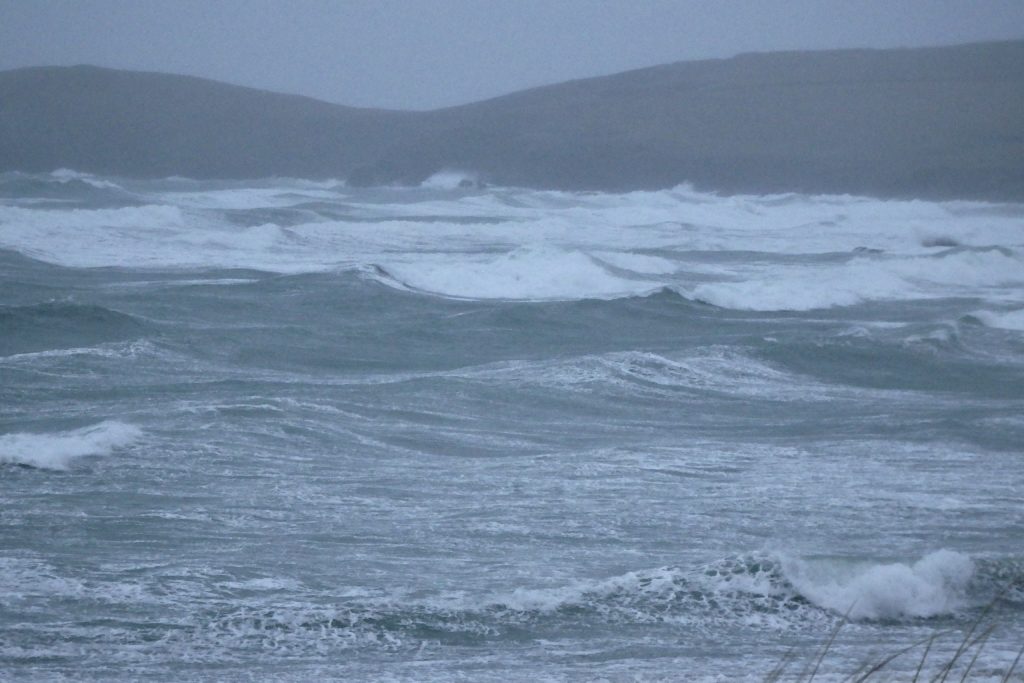 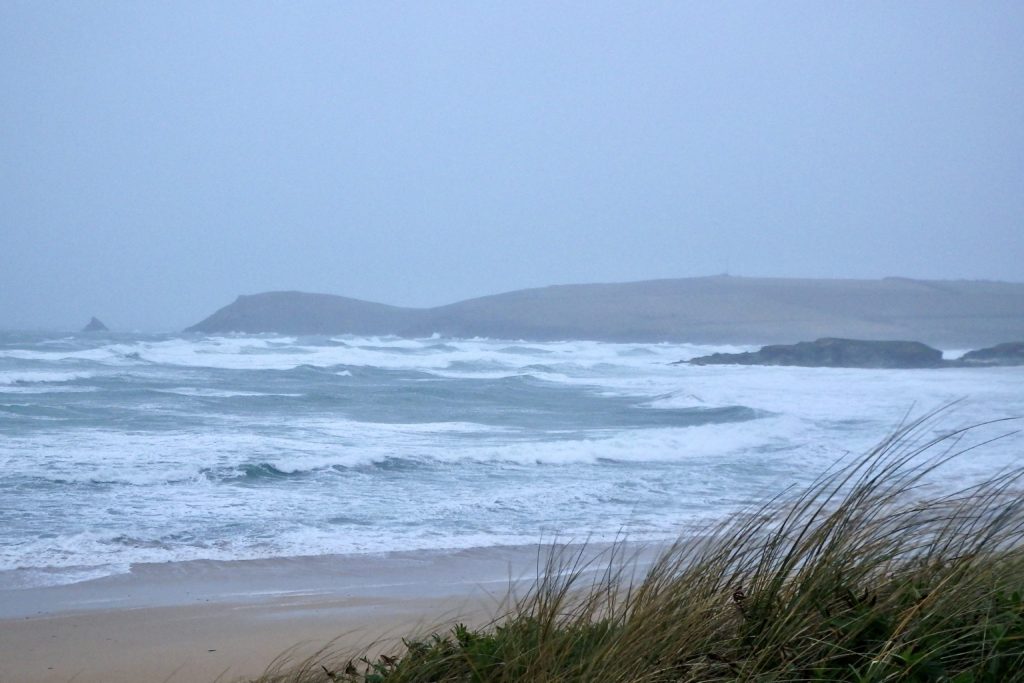 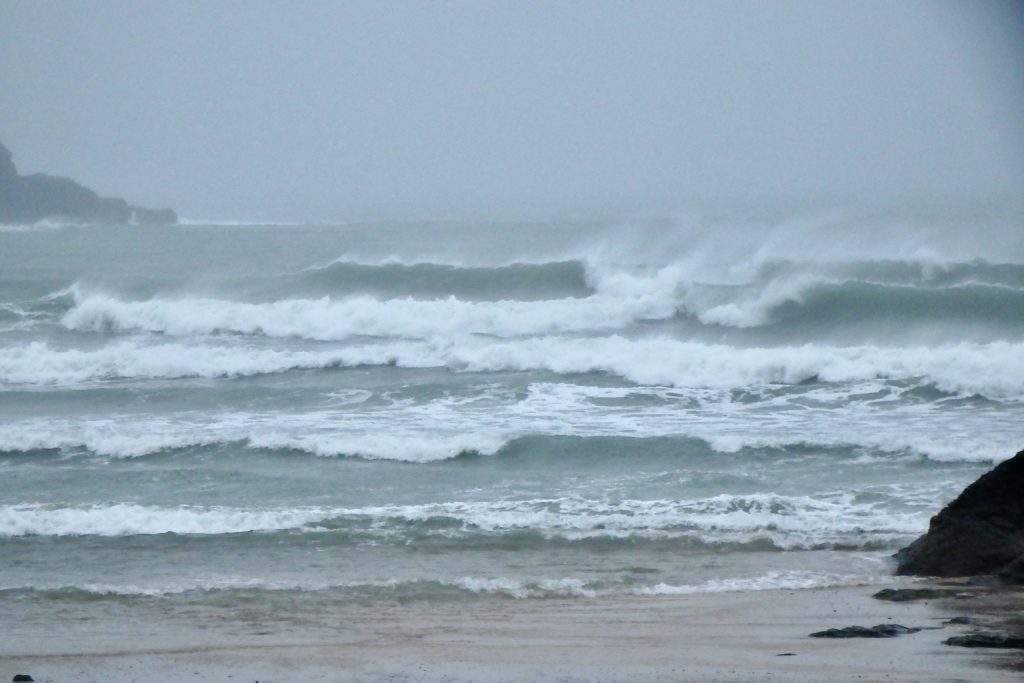 Offshore gales are holding up the angry winter waves that are driving into Harlyn this morning, the quick dropping tide pulling back against it all. The set waves are still big and still mainly closing out the bay but the inbetweeny ones are almost peaking and wrapping as they spin across the bay, just slightly slower than a close-out.
The swell is going to build again on this afternoon’s tide but that wind will still be blowing hard, all day long! 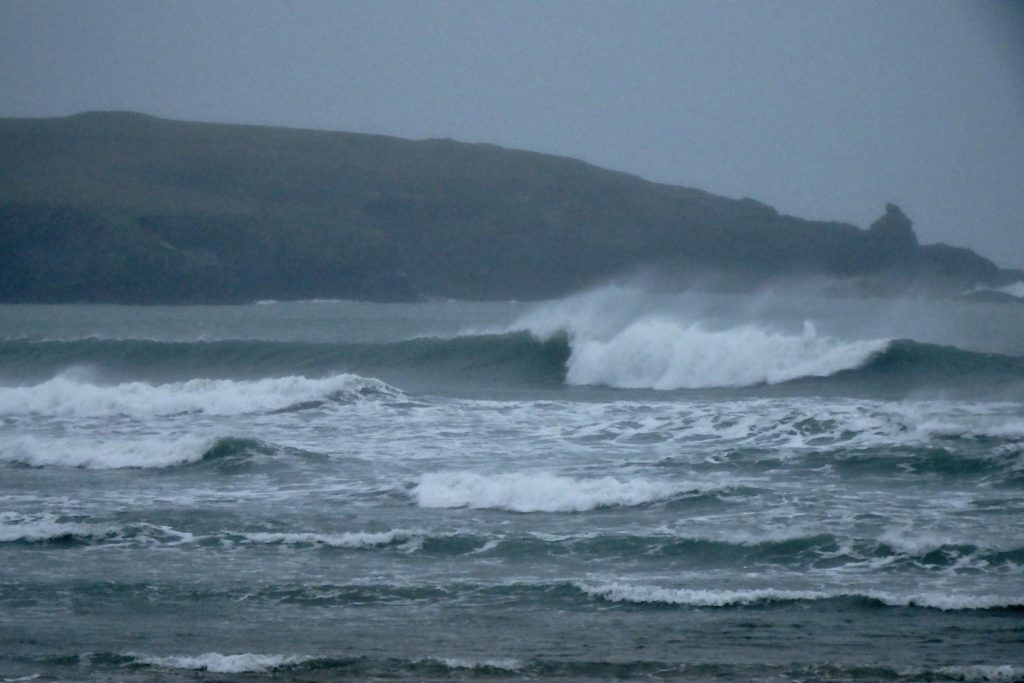 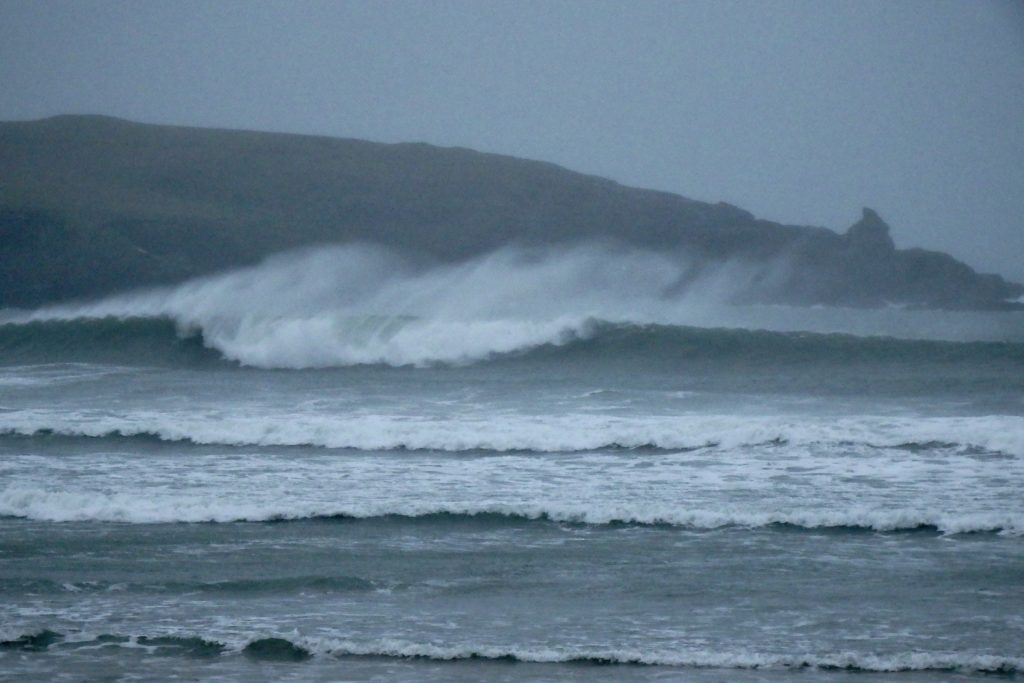 Westerly gales are going to continue to shake and batter those big and angry winter swells for another day today!
Lumpy Harlyn is the best that we can hope for locally but there are one or two spots tucked away just a little further along the coast that might appeal, if you fancy a little surf trek that is!

More winter storms are still queuing across the Atlantic, bringing with them a steady stream of gales and rain and mountainous seas.
Those storms are going to be busy reshaping and remodelling our coastline all week long, the torrential rain running off the land and trying to build more shapely breaks up and down the coast while those huge waves scour and gouge the beachfronts and headlands and reefs.
Once these storms have passed (and eventually they will!), then there should be a whole selection of newly shaped surf breaks to explore all the way along our coastline.
But that could be a while away yet!
In the meantime, yes, more howling winds, huge waves and grey, grey skies are expected, Harlyn continuing to put on an endless barrel fest for those quick-limbed and fearless enough to take full advantage, while Bodyboard Central is likely to continue to dish out the usual series of broken, dislocated, ruptured and torn bones, tendons and limbs.
Have a great week, wherever you are and whatever you’re doing!