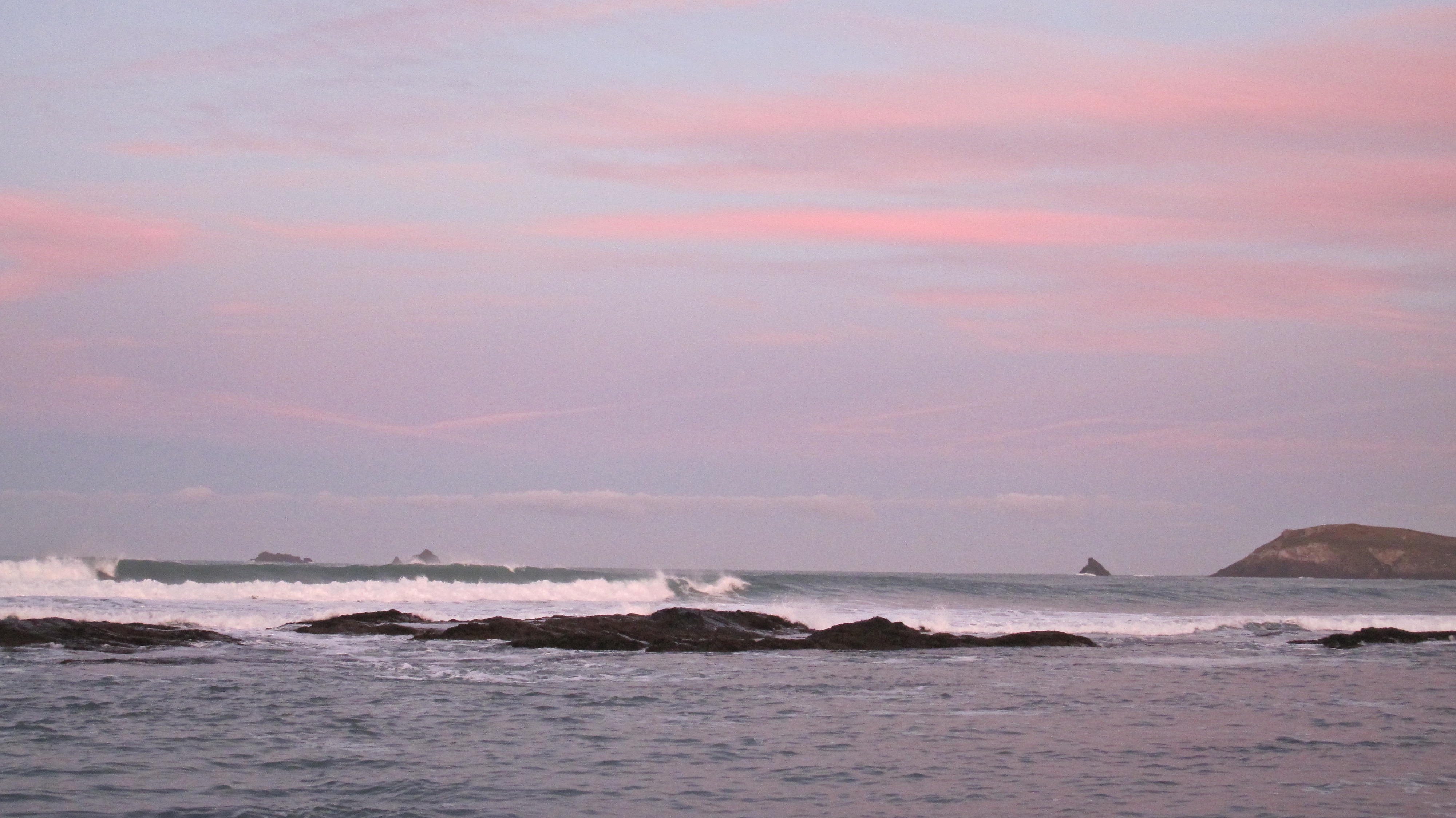 I think that might just be the first five star rating I’ve given, certainly for a long time anyway!
And it is that good!
The first light frost of the Winter has been scraped of the windscreen making it easier to enjoy that clear and pale blue sky, silver wisps of cloud gently drifting in the lightest of breezes.
The sand is golden, the sea is blue, the breeze is a gentle whisper and the surf is pumping.
Three to four feet of curling and looping, peeling waves are spinning off the Reef, a big fat peak wedging this side of the Point and that left reeling into the distance in front of the Rip.
Right now it’s as perfect as it gets as you’ll ever want to see, how long that will last – well, actually it could get even better!
The breeze is set light and offshore, there’s a swell generating low parked a long way out, high pressure is above us, it is indeed a pretty special morning to be surfer in North Cornwall! I suppose that it might just get that bit bigger and those rips all start up making the paddle a bit more trying but, in the meantime have a great and surf filled day! 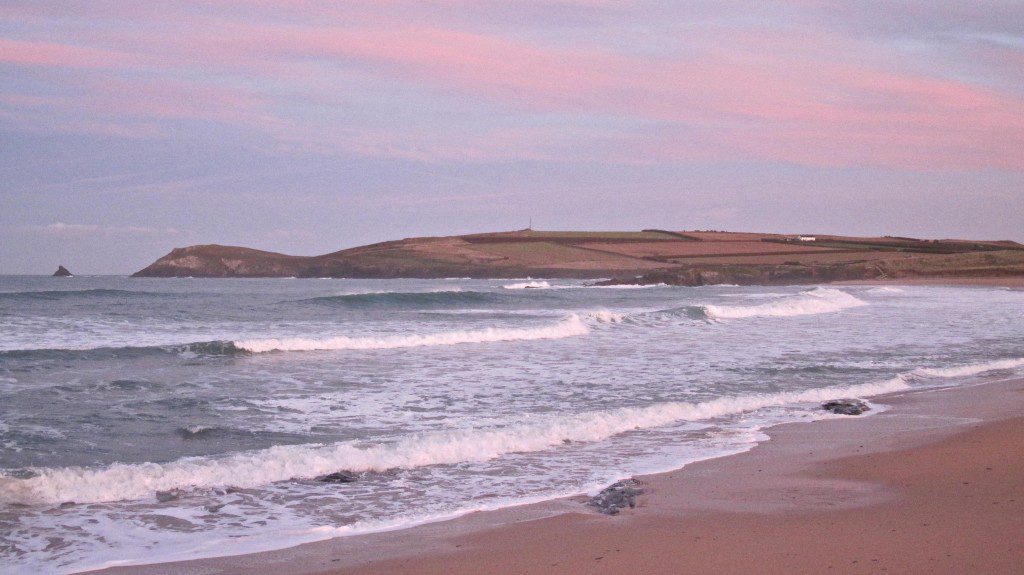 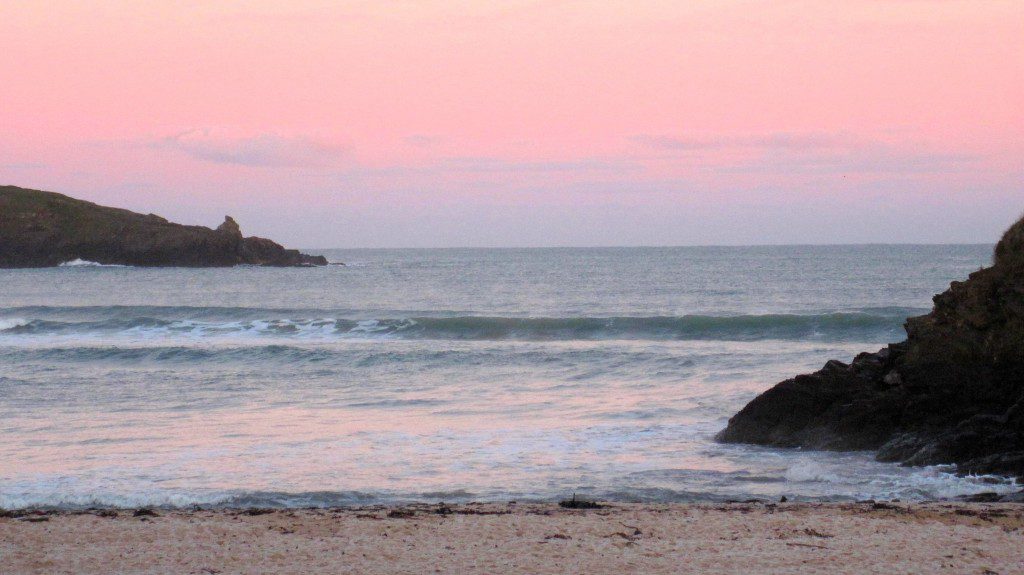 There are small but neat and tidy little waves spilling in here this morning as well.
It’s an hour or so after high tide and so it’s maybe not at its very best but there are still one to two foot waves glistening ashore, very occasionally a bigger set toppling outside.
With the other side of the headland being so outrageously good today, that is the place to go. But if the swell continues to build , or if you just love Harlyn, then you will probably get a wave here today, better late this afternoon though, maybe.
In the meantime, the whole coast must be glistening and glinting in this late November sunshine, that smooth and regular, long wave-period swell rolling all along and into the bays and beaches and spinning off all those rocky reefs and points.
There’s plenty of surf around today to choose from!

So, a 12 second wave-period, five foot swell is rolling our way, brushing against those light and offshore breezes in some more late Autumn sunshine.
Sounds perfect!

It looks like we’re in for a very smart start to this week, the wind set light and offshore, the swell rebuilding and the banks at some of our main breaks finding their shape of old.
A maybe smaller but pretty and immaculately shaped surf is expected to kick off Monday, gradually building and strengthening through the day, that double digit wave period indicating some strength to the swell.
By Tuesday we should be enjoying some seriously good quality surf conditions, three to four to maybe, hopefully, five feet of clean and sparkling surf. It could just be really very good today!
By midweek it is looking as though the wind is going to drift to the north, not entirely ruining the surf but adding that lumpiness to it all. And then the good old south westerlies are probably going to return, maybe only for a short while but giving Harlyn the opportunity to shine.
So, an action packed week of surfing in all conditions lies in wait. With just a little thought and planning and maybe just a couple of short journeys we should be enjoying some great conditions!
Have a great week, wherever you are and whatever you’e doing!