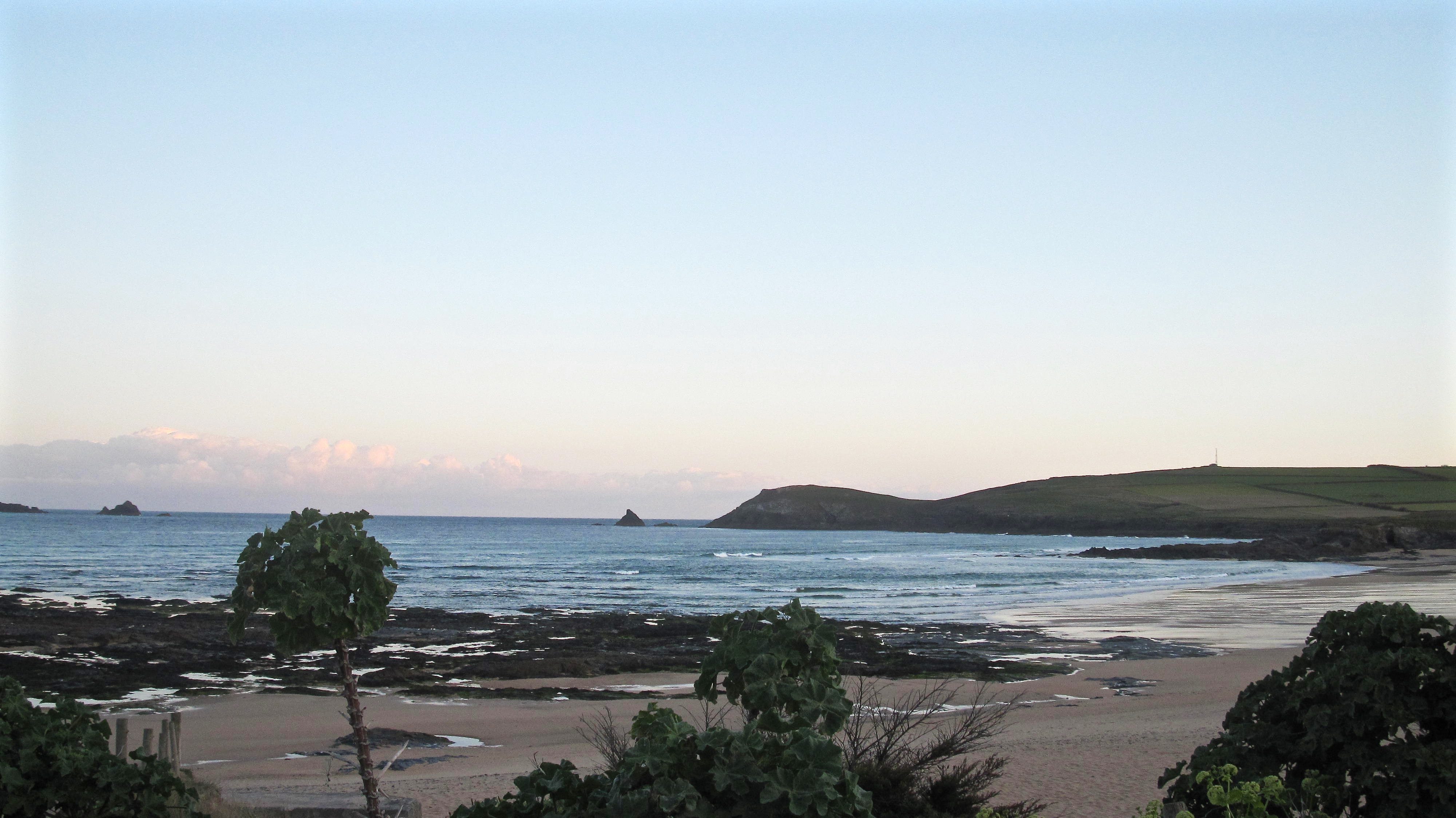 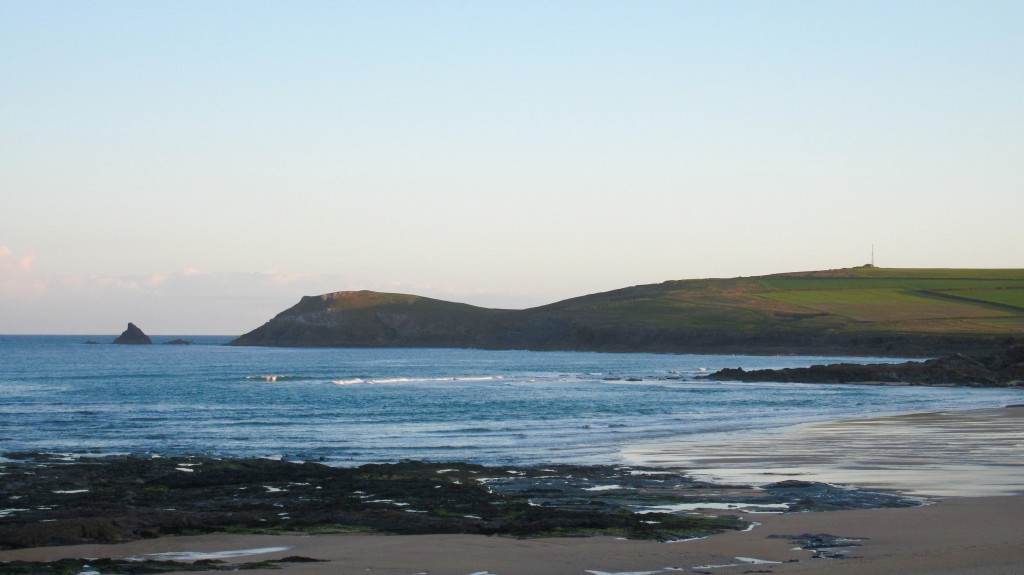 There is barely a breeze this bright and beautiful morning, but equally there is not much surf either.
A foot or so of still crumbly, cold looking little waves are washing over that sandbank just off the Point, the lightest of light onshore breezes still strong enough to add that little surface bump to it. And although that breeze barely exists it still has a bit of a chill sting to it!
So, it is a pleasant morning but the best surf that we can hope for is a longboard glide just as the tide hits a shallow bit of sand or rock and hopefully before the wind picks up! 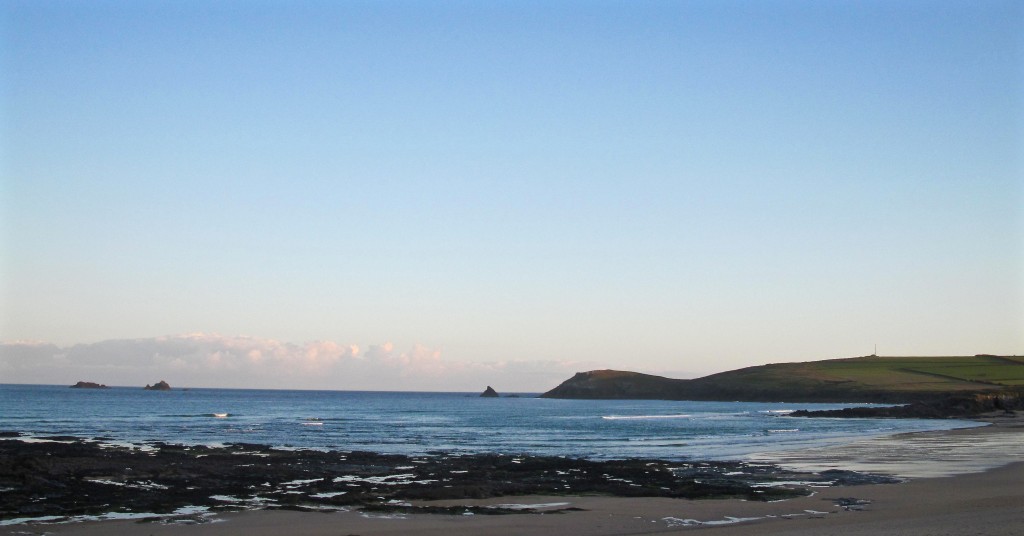 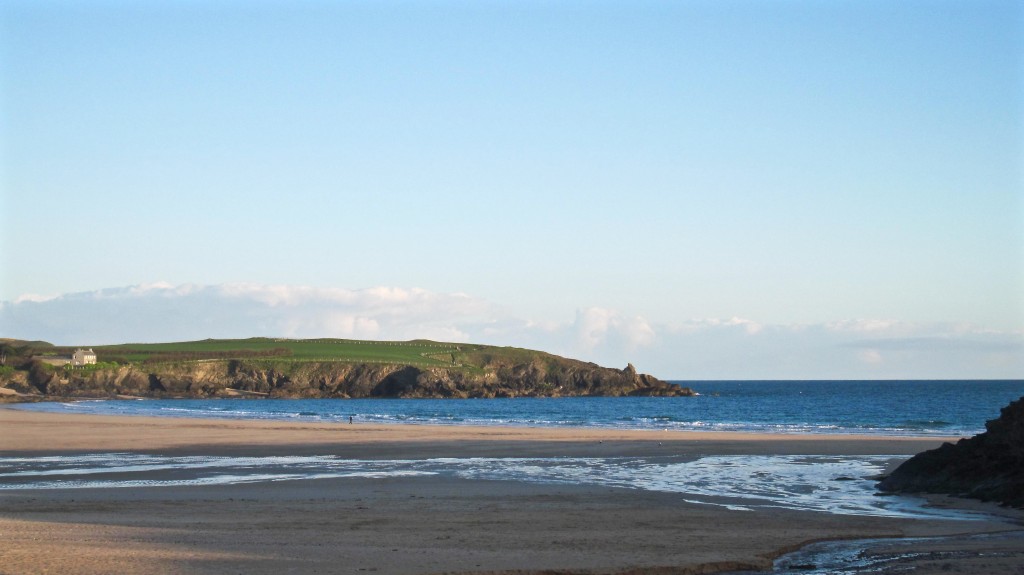 It is about as flat as flat can be around here this bright and sunny morning, that light breeze putting a little chop on the sea’s surface.
We won’t be surfing here today but it could be just the place to launch if you’re thinking of dragging the kayak out or planning a SUPabout. 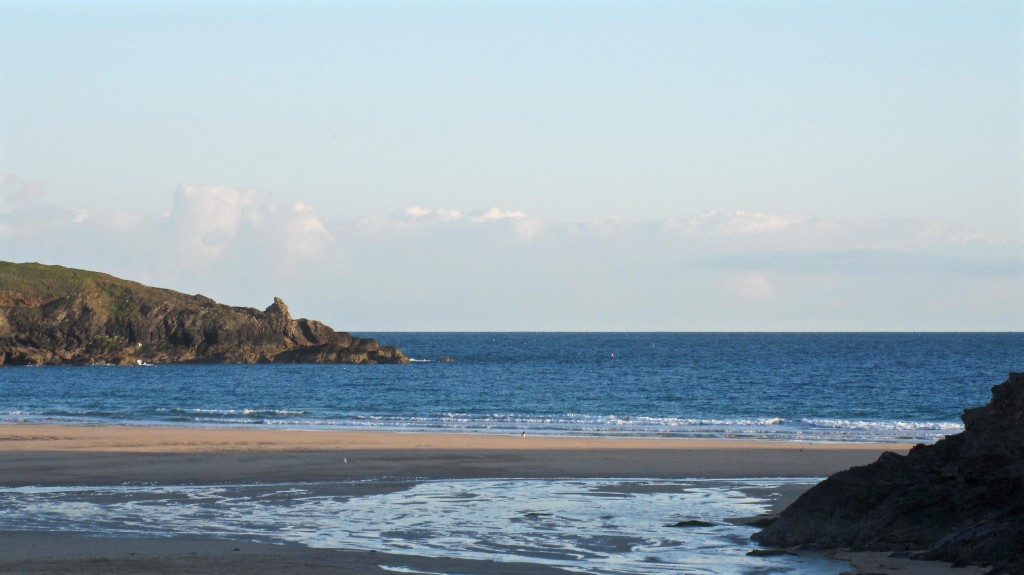 We should be seeing some slightly bigger surf rolling in today, a half decent two to three feet to start the day, hopefully building to three to four feet.
The wind is likely to be north westerly again to start the day, onshore at all of our surf breaks.
But we should be seeing a little shift more to the south west through the afternoon, which could just let Harlyn show us a few cleaner waves on the afternoon, dropping tide.
I wouldn’t be surprised to be seeing a foot or two of fun Harlyn surf by the afternoon.

A week of more typical April conditions lies ahead, the wind starting off the week steadily blowing in from the north west and making a mess of the small and already quite weak swell, the sky bright enough for most of the time but with those April showers never too far away.
Barely a foot or so of choppy and jaggedy, weak surf is going to start off the week, getting just a little bigger but staying mainly junky into the middle part of the week. The best that we can hope for is a bit of a twitch in the wind to westerly or south westerly through Tuesday afternoon. At least that will help to push up some bigger surf.
But other than that it’s not looking that great!
At least we will have time to repair and ready boards and body after the last few weeks of all that wonderful surf!
And it is starting to look a little more promising for some small but clean surf at the end of the week!
Have a great week, wherever you are and whatever you’re doing!