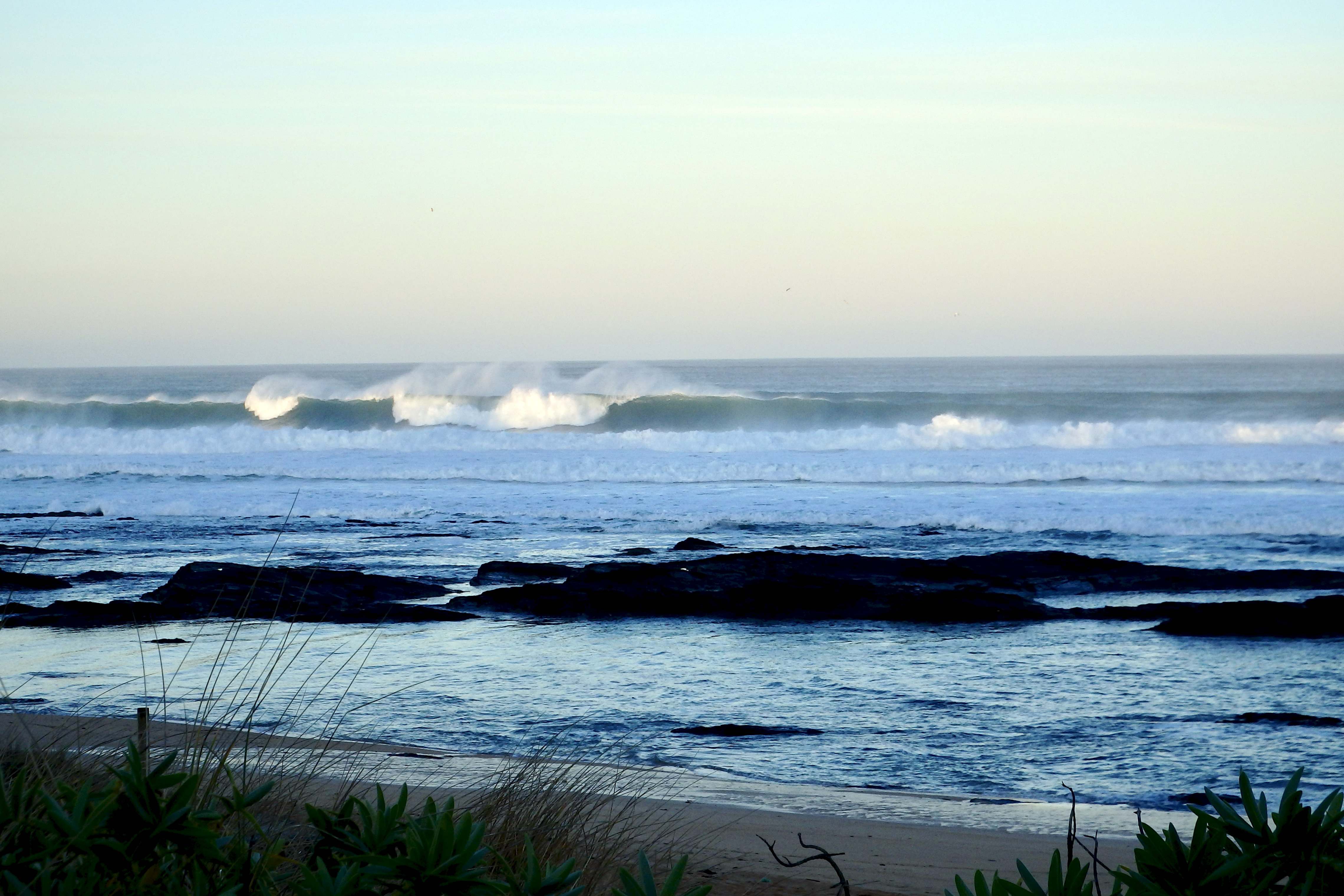 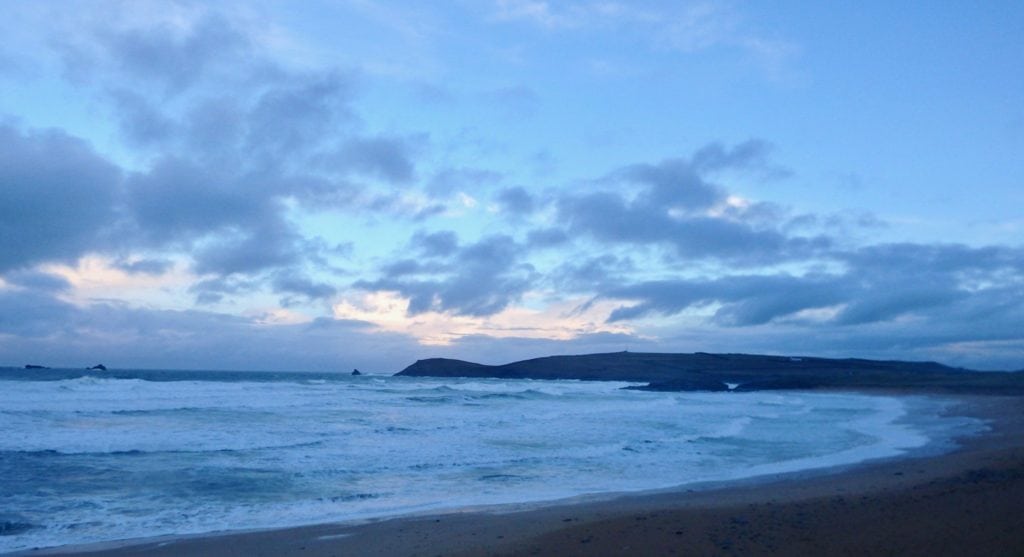 A hard blowing sou’ westerly wind is blasting through some heavy squalls this morning, those torrential downpours only short lasting but there’s a few of the!
The swell is six feet or bigger but it’s blown to pieces again, a windblown mess of mixed up madness again.
No, there are better things to do than paddle around out there today! 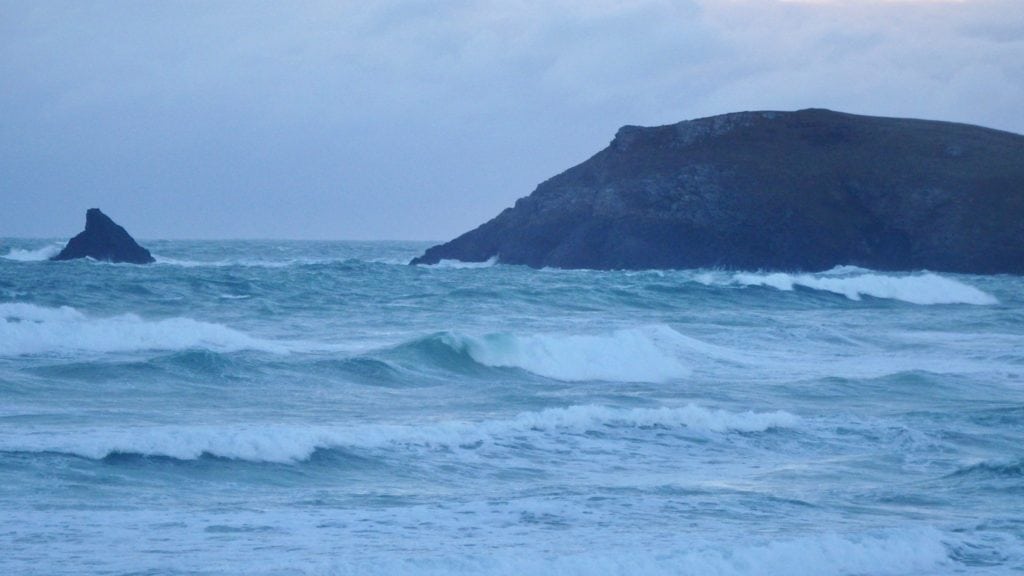 Four feet or so of deep blue and very wintery looking waves are standing tall against that south westerly blowing wind before crashing hard not the already compacted sand.
The tide is an hour or two on the drop and so it’s not at its best, there’s a lot of water pulling back against those thick and heavy swell lines, the wind adding to the mix.
Give it a few hours to sort itself out and we could just have some low tide fun – in amongst the hail and rain of those sudden squalls! 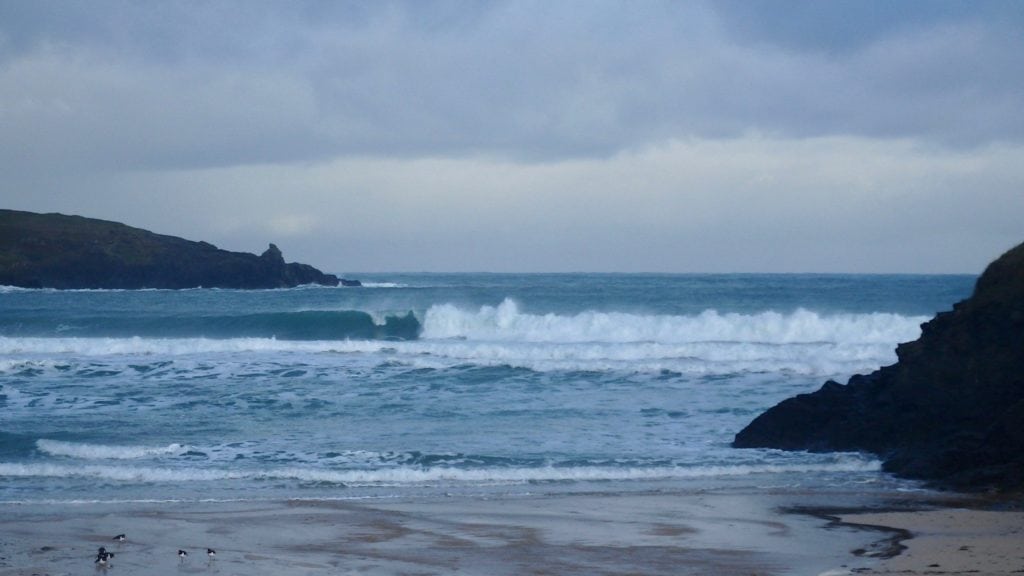 North westerly winds are going to blow out any chance of decent surf along this coast today.
The swell should still be in the ‘big’ range but it is going to be buffeted and banged by those howling onshore winds.
The far coast is the only option for something cleaner and more organised and that is always a fun day out at this time of year anyway!

Blasting winds and exploding swells are going to take us into this week, the west sou’ westerly howling winds of the weekend strengthening through Monday before slipping to the north west for Tuesday. That will make it all feel a lot chillier as well as blowing out the surf at pretty much all of our local breaks.
So the magnificence of Monday’s big and offshore shaped surf at Harlyn will quickly be replaced with a chase over to the far coast on Tuesday in an attempt to find somewhere clean enough and sheltered enough!
It should easily be big enough!
Things should calm down a bit by midweek, the wind easing, although not completely disappearing, a steady west sou’ westerly for most of the time, allowing Harlyn to settle into a three foot and okay kind of rhythm.
So, as meteorological Spring arrives we should be seeing plenty of surf with mixed weather conditions, ending up probably being okay at places like Harlyn for most of the time!
Have a great week, wherever you are and whatever you’re doing!