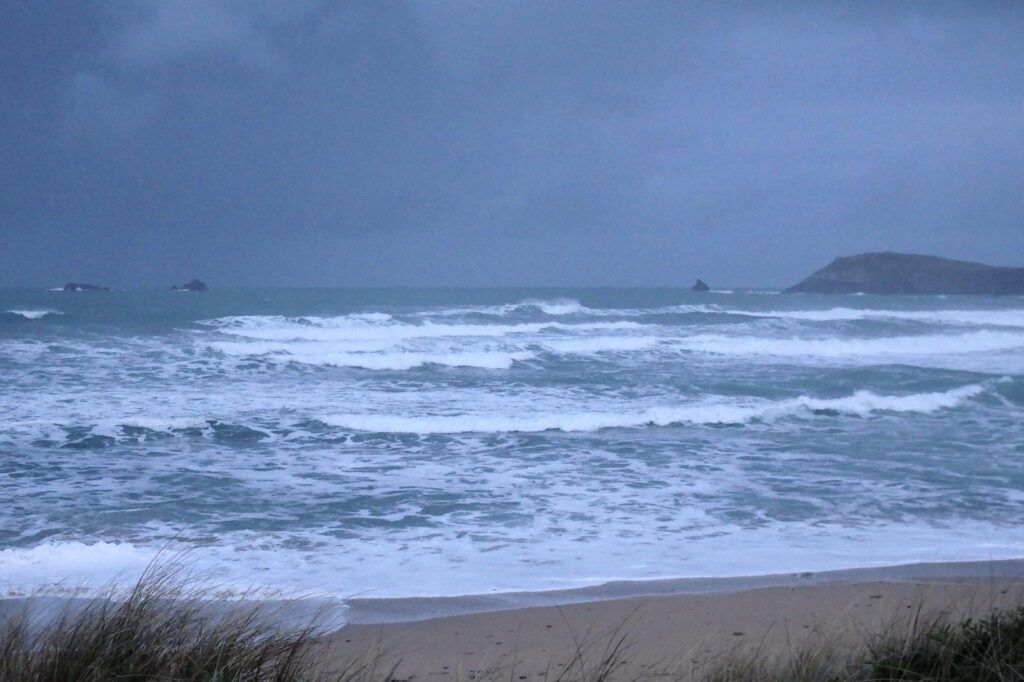 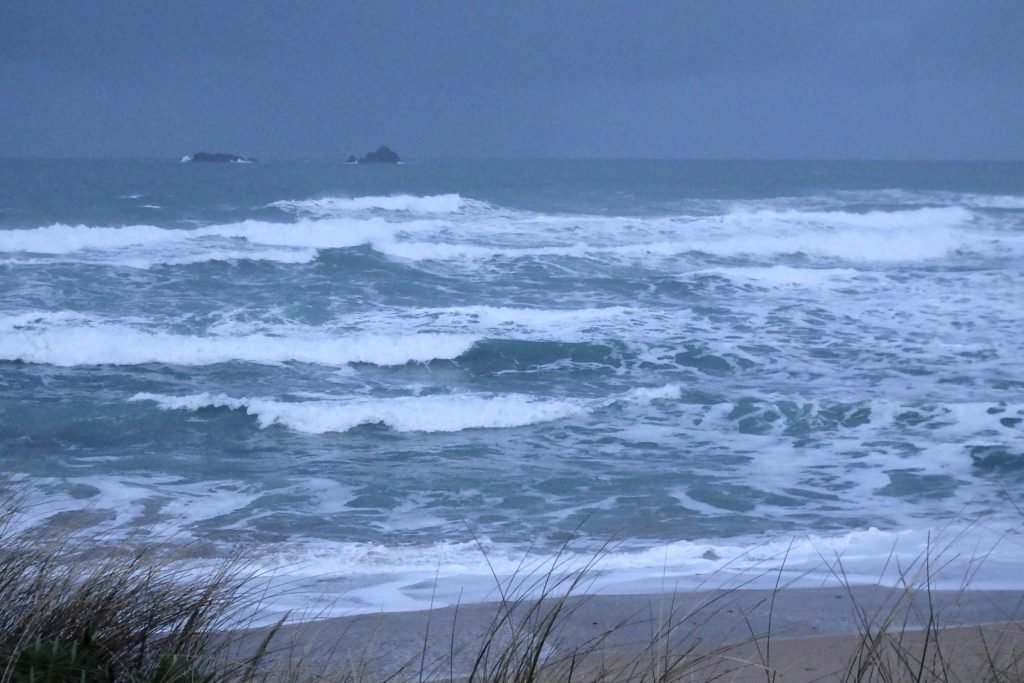 A steady westerly breeze is slopping and bumping the three to four feet of tumbling surf this morning, that cloudy sky promising at least the threat of some dampness for later.
Those waves are likely to get bigger on this afternoon’s tide! 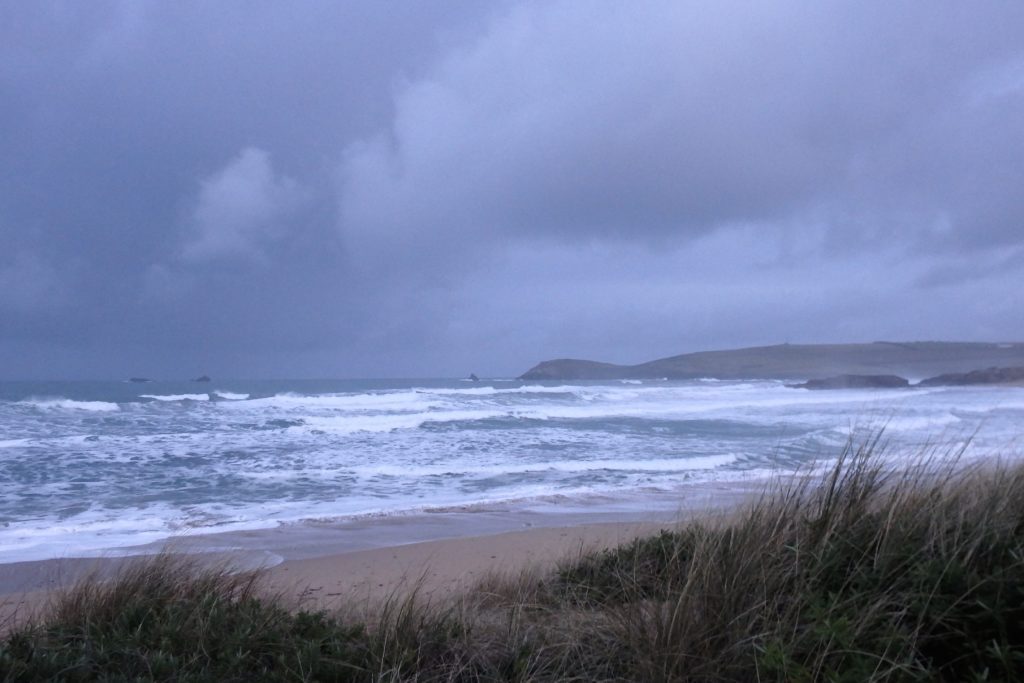 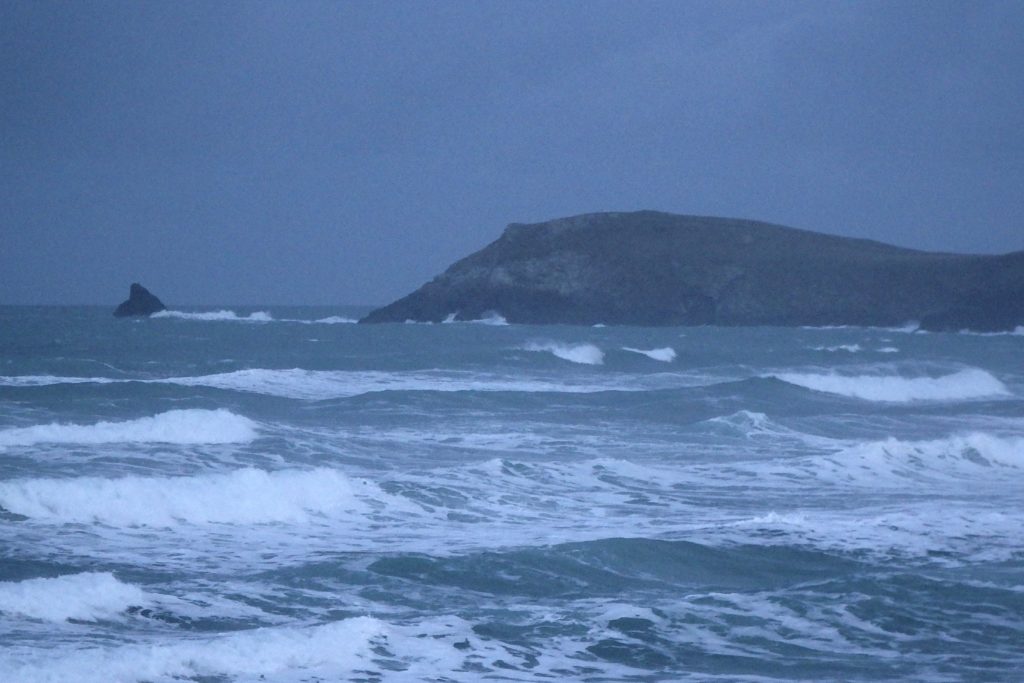 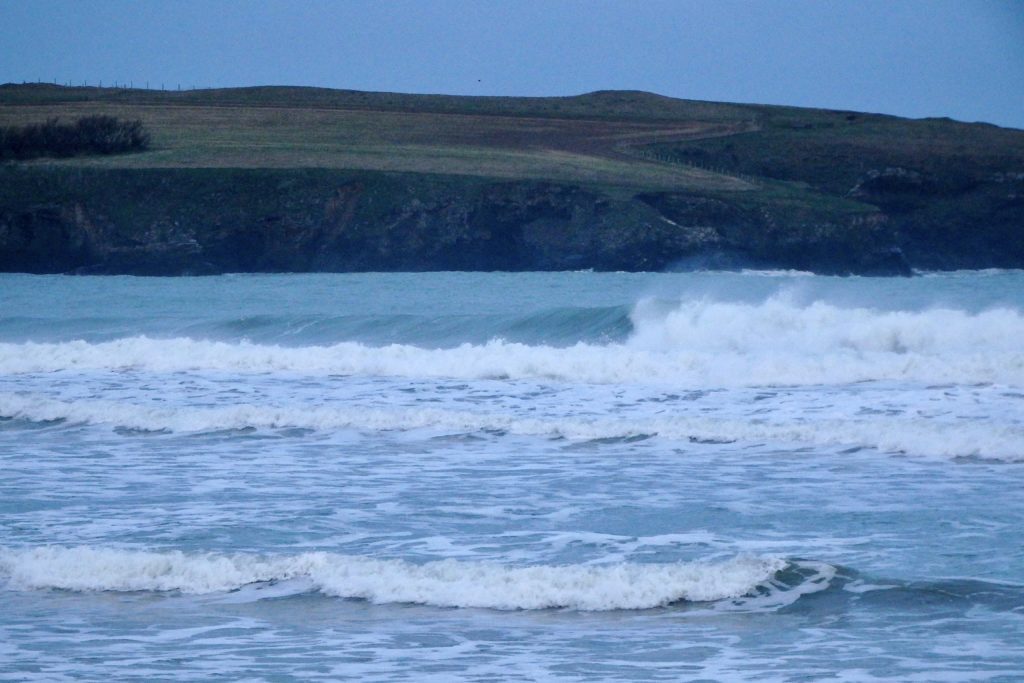 The breeze is too westerly and the tide still a little too high for the two to three feet of fairly weak looking surf to be as clean as you’d like it to be.
But the dropping tide should sharpen it all up, especially if the wind backs just a degree or two more to the south and that swell strengthens a little.
This afternoon’s tide could be good here! 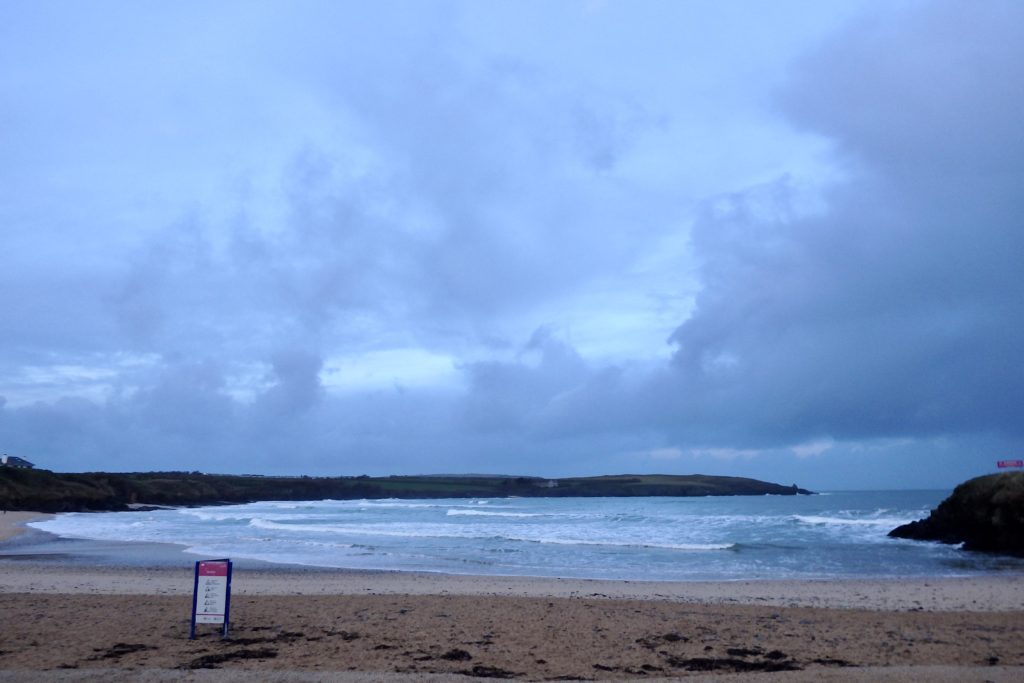 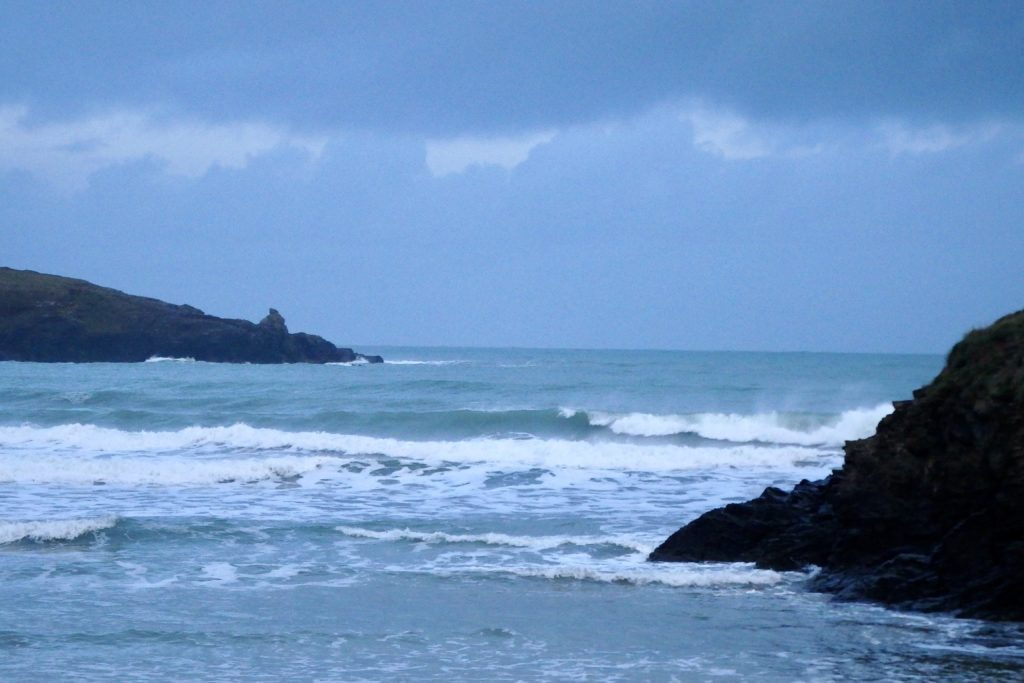 Strong and gusting westerly winds will continue to push through a lumping and bigger swell, that wind being just the wrong side of cross-shore again at Harlyn, if only by a few degrees.
The other coast might have something going on though?

I hope that you made the most of last week’s calm conditions!?
Because we are quickly back to those wild and woolly winter winds along with plenty more driving rain.
Starting out from the south west, the wind is likely to bluster in backing more to the north west by Tuesday and staying that way through midweek. We might just enjoy a calmer day on Thursday with maybe some offshore breezes to help shape the much smaller waves.
And then back to a gusty sou’ westerly going more west to end the week.
So, a day or two of crunchy Harlyn, followed by some hopefully good south coast action for another couple of days with a quick few hours interlude of main break action over here before returning to Harlyn.
Have a great week, wherever you are and whatever you’re doing!