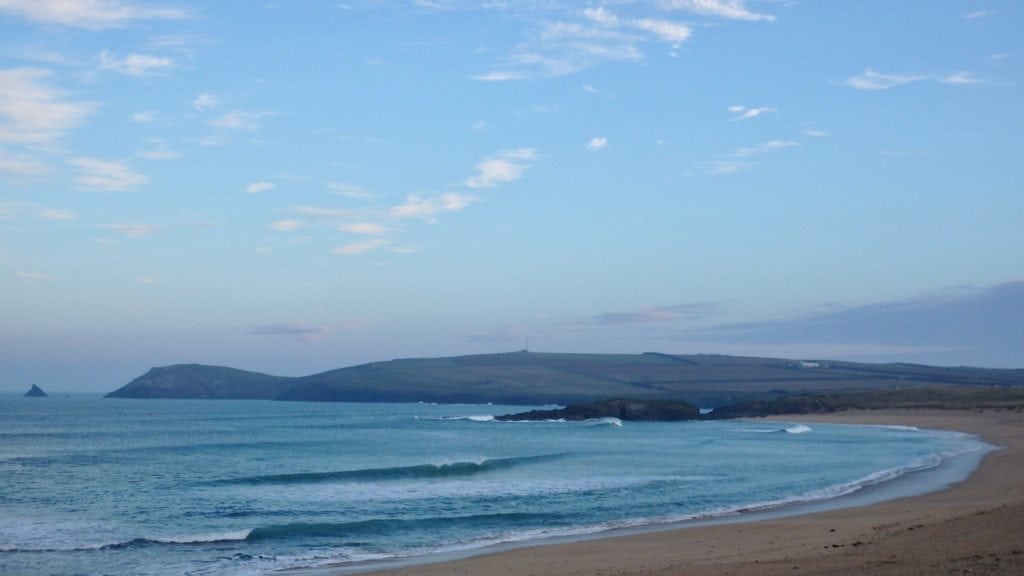 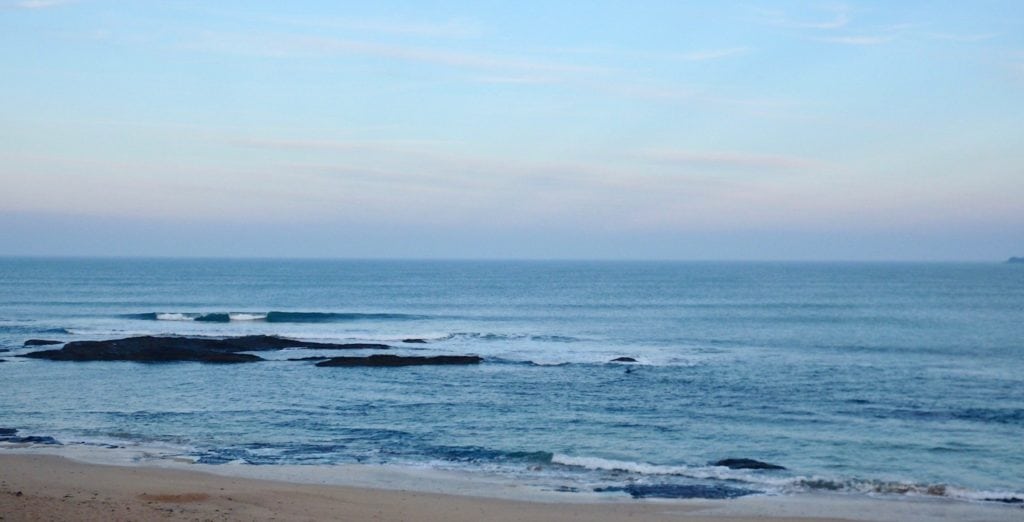 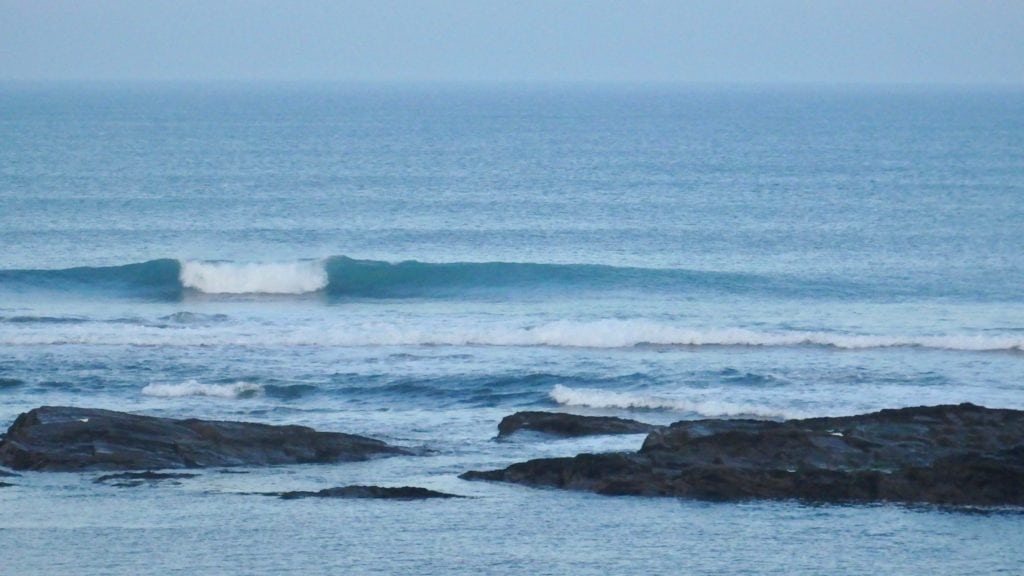 Another beautiful morning is spreading its warmth and cheer along the coast, the clear blue sky filled with the promise of a pleasant Spring day. A south easterly breeze is drifting up the faces of a small, two foot swell.
So thigh to hip high, majestically curling waves are weaving their way to the sand, a fun looking session awaiting in the sunshine of a late March morning! 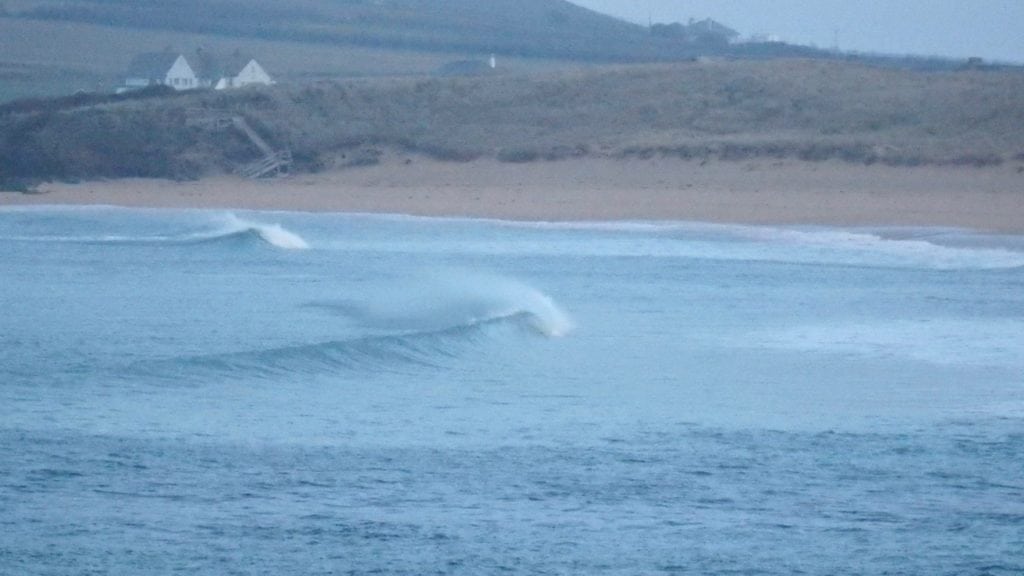 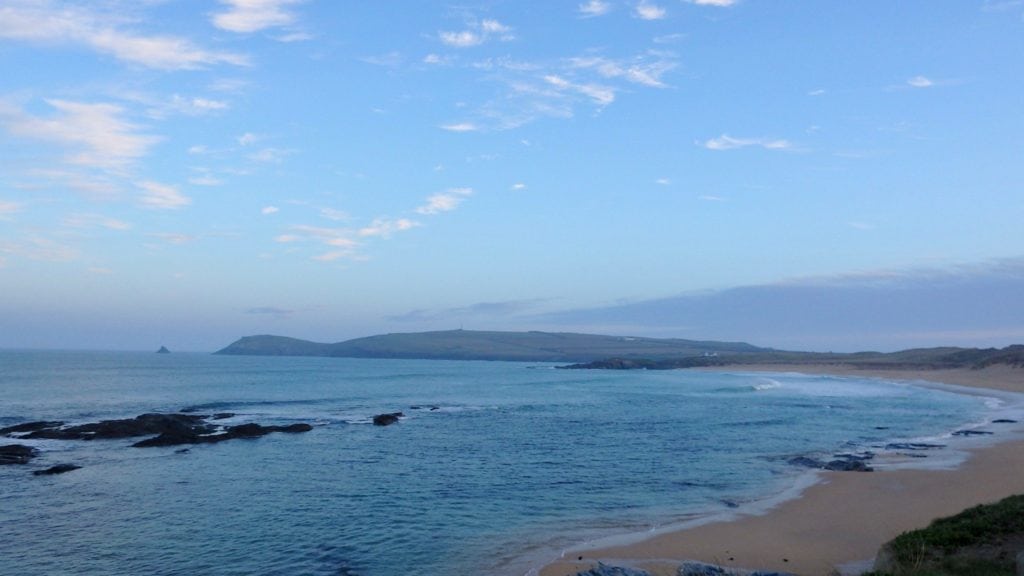 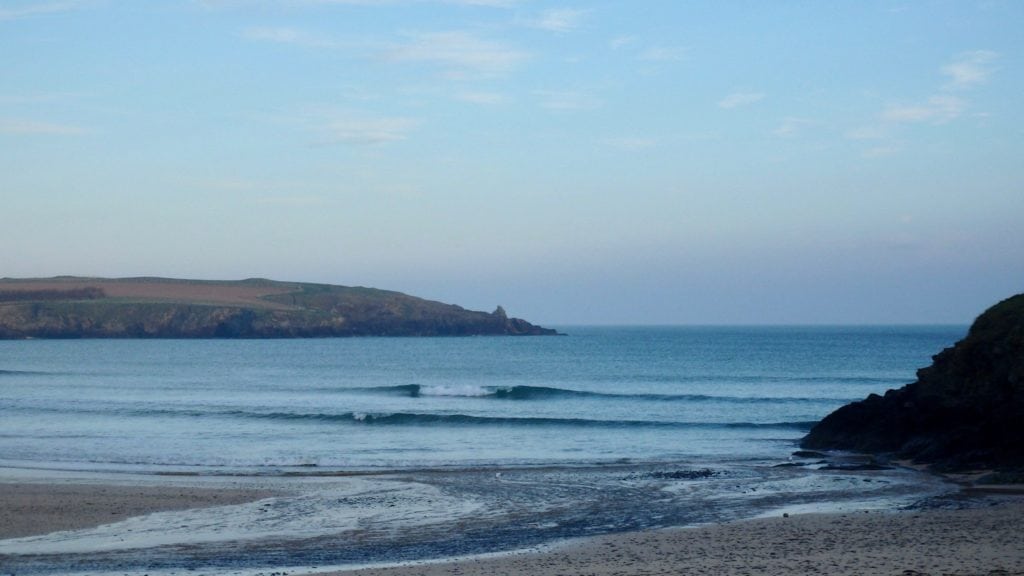 Small, small peaks are feathering over the pre high-tide bank, enticing and tempting on a bright and cloudless sky’d morning but so very small.
The other side is pretty small and just as shapely as here so that’s probably the place to aim for! 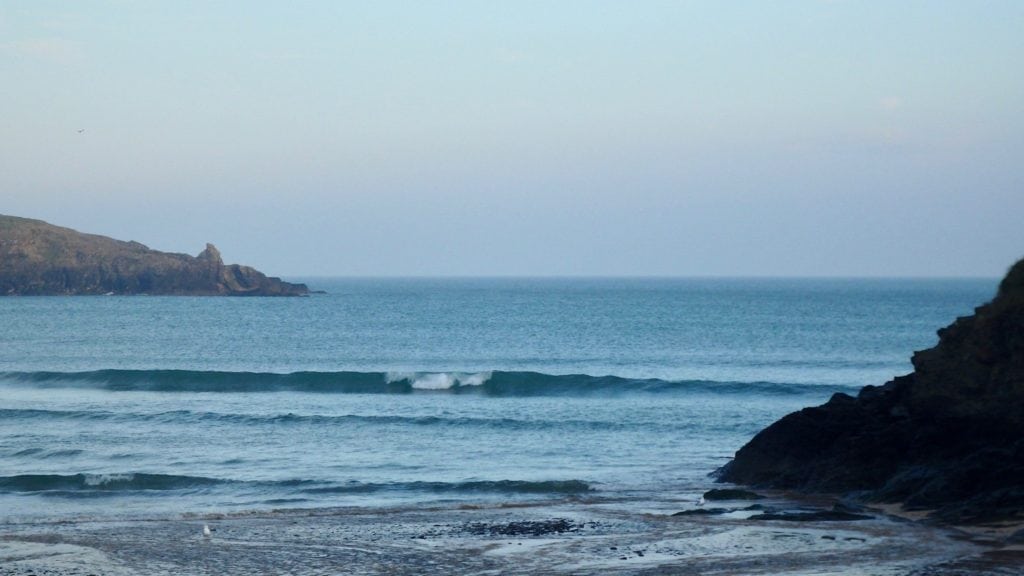 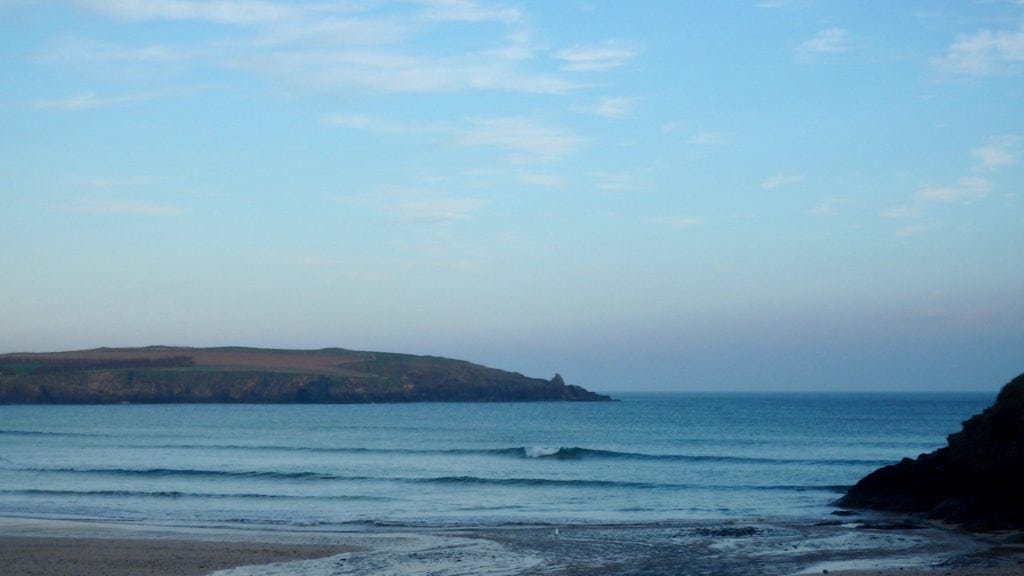 And then the wind changed!
South going south westerly winds are going to be putting a bit of a chop on the three foot surf today, the sun lingering around a while but the threat of some dampness returning eventually.
Harlyn is likely to be showing some small but clean little surf later on but the main breaks are going to be blown out.

The beautiful, bright and calm conditions of the weekend are only slowly going to give way to something more unsettled, damper and windier as we go into this week.
Monday should see another very pleasant day with only small but very nice surf teasing us with the idea of summer days to come. By Tuesday though, the wind will be swinging back onshore and strengthening, a brisk sou’ wester asserting itself on the weather pattern, pushing in a thick and building swell.
So all of the main surf breaks are going to be chopped out as we roll into this week, Harlyn coming to the rescue as always when that sou’ wester blows!
The wind is likely to twitch more to the south through midweek but probably staying just the wrong side of south to allow our favoured breaks to shine.
A week of Harlyn awaits, three feet going to four through midweek, getting bigger again through the back half of the week.
Yep, by week’s end we should be enjoying some thwacking barrels at Harlyn!
Have a great week, wherever you are and whatever you’re doing!