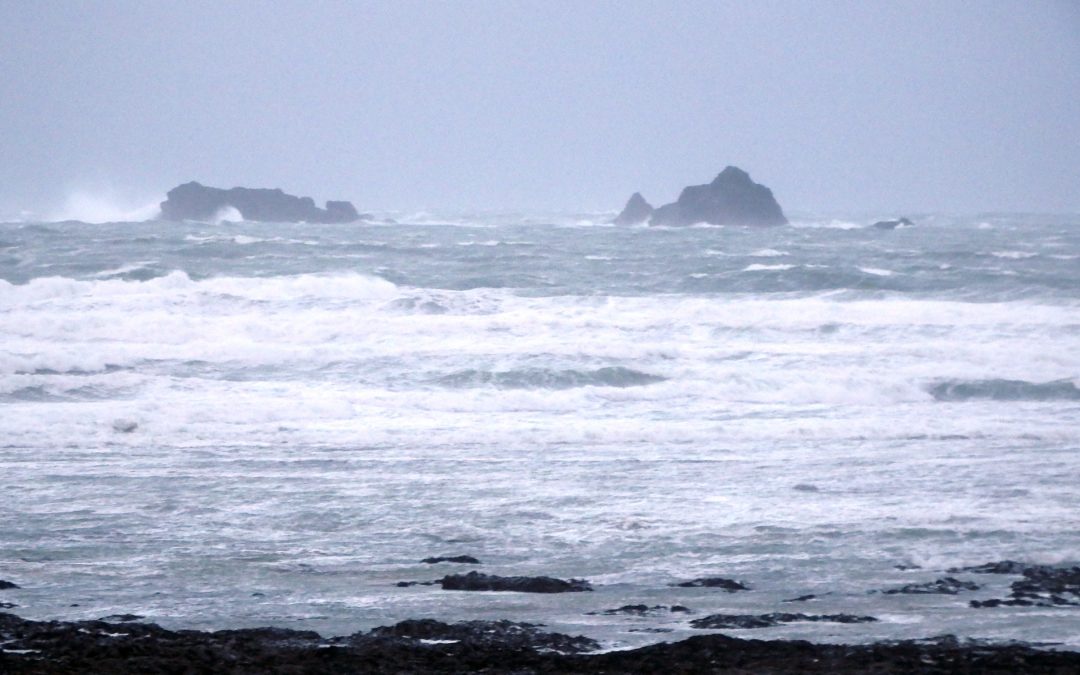 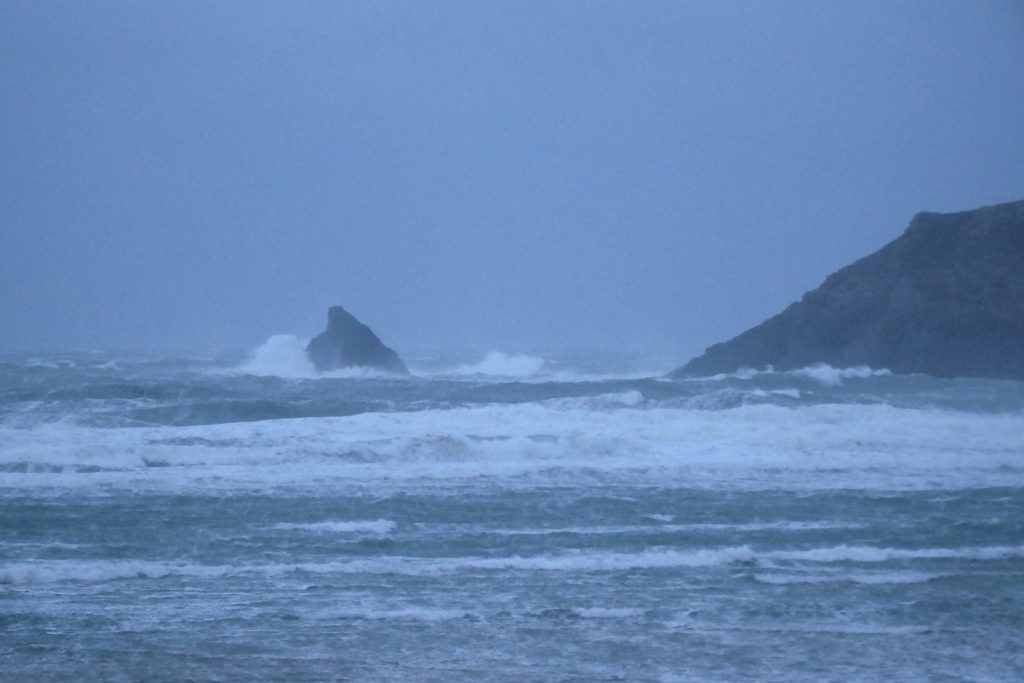 The wind is howling again this morning as Storm Bella flounces off but in a very slo mo kind of way. She’s a petulant hissy fit of a storm that doesn’t really want to leave us.
But it’s cold and it’s windy and the wet bits are really, really wet.
No, you don’t want to be going out there today!
So, how was your Christmas? 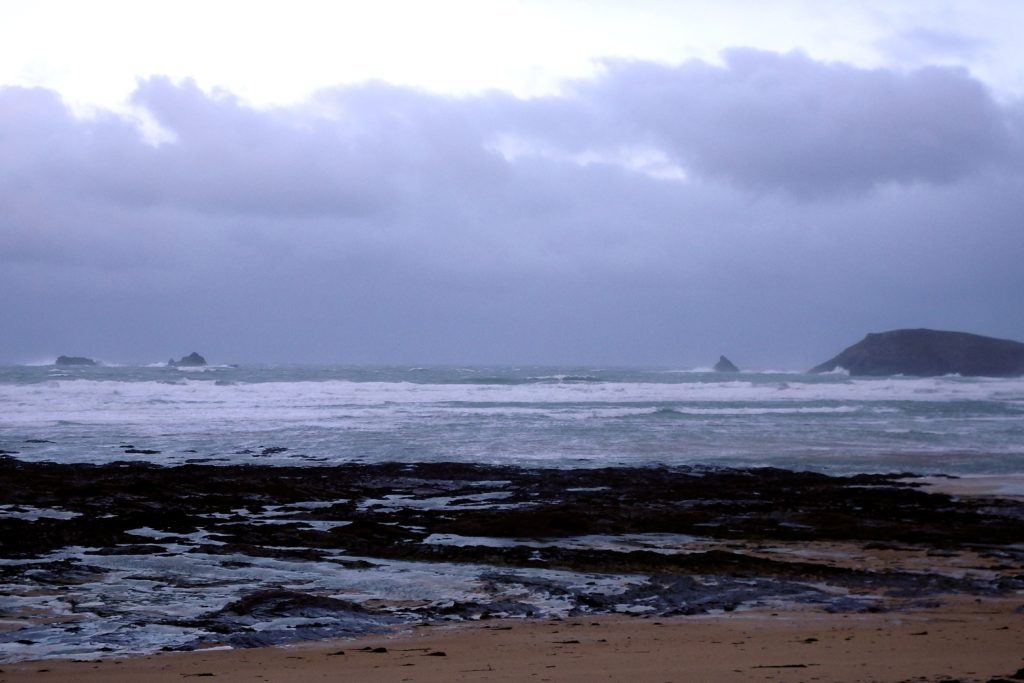 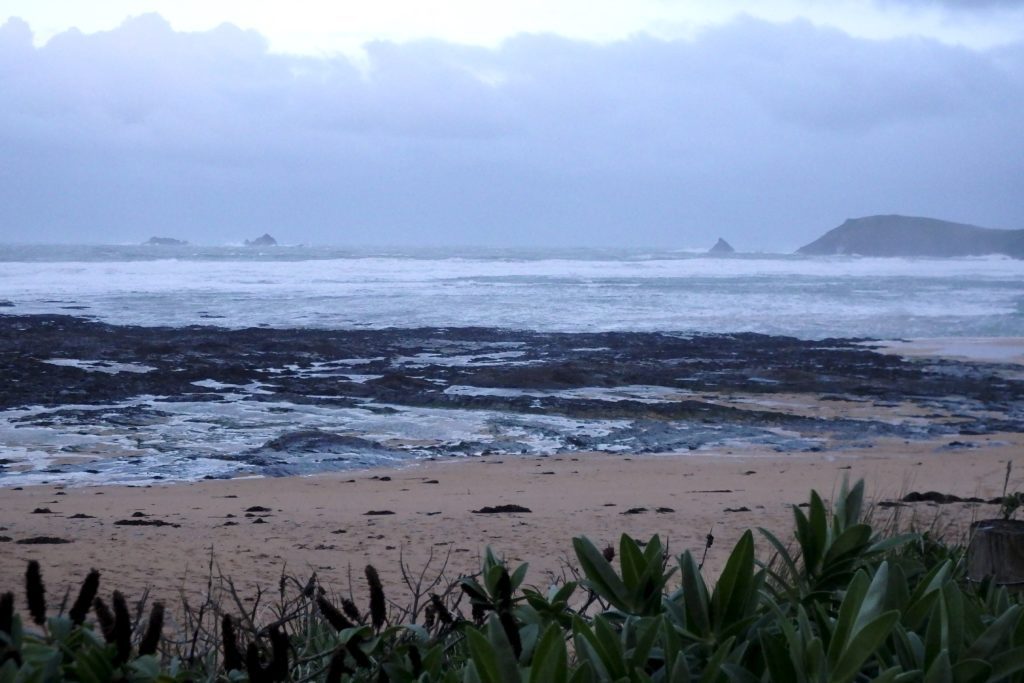 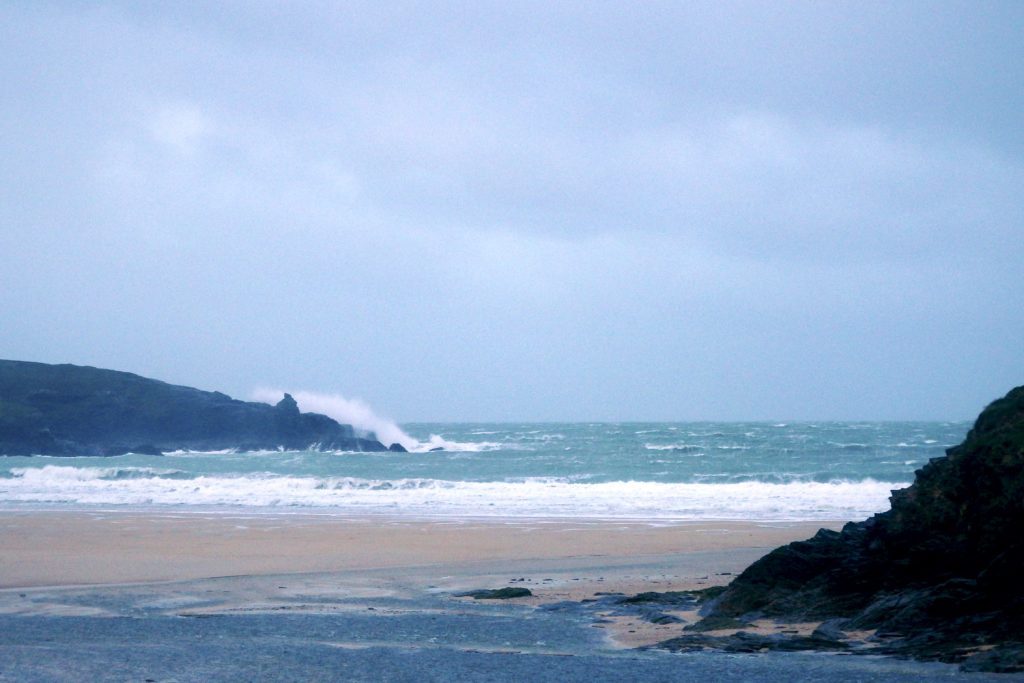 Harlyn is deserted this morning, which is no surprise really as a storm force nor’ westerly flings sand and spray and debris about the place.
The waves are wild and angry, a full winter’s coldness reflected in the ice blue of those six foot waves.
Meeeuugh, there’s cosier stuff to do today. 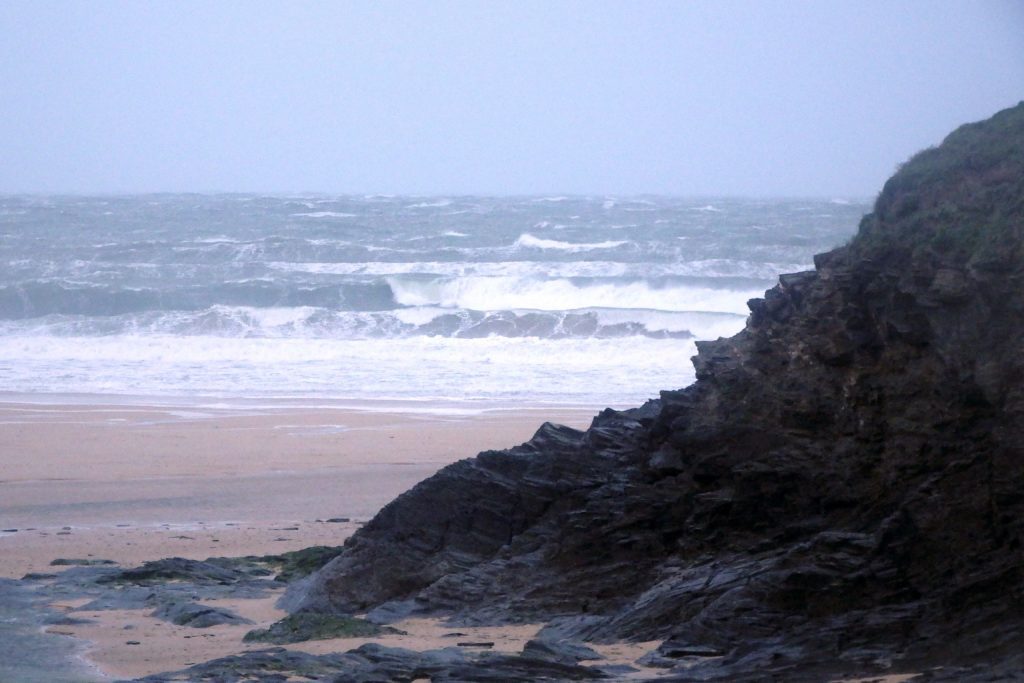 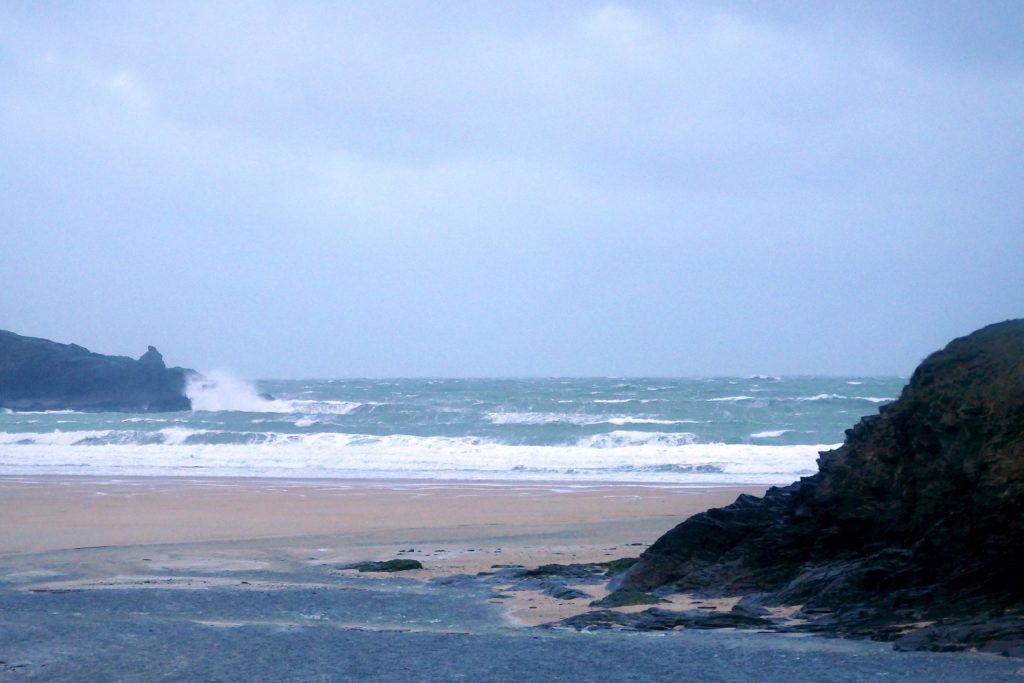 That same north west wind is likely to continue to blow its cold and clinging air down the coast all day again today, not as strong as it has been but just as annoying, just as cold and just as surf destroying.
You won’t find any clean surf to ride on this coast today!

The remnants of storm Bella are kicking off this Christmas Week dragging a howling and screeching nor’ westerly wind along the coast for a few days at least.
Big and out of control, winter storm waves are going to be battering and gouging our already storm bullied little stretch of coastline well until midweek at least, that wind easing and backing more offshore hopefully by New Year’s Eve.
But that offshore wind is likely to be from the North east and so it’s likely to be cold, cold, cold!
And, as soon as the onshore cease, that swell will probably drop like a stone.
New Year’s Eve could see us out with some two to three feet of weak but prettier shaped little surf, dropping to only a foot or two as we launch into a New Year of hope and expectation.
I personally would prefer those cleaner conditions but many others will be disappointed to see the drop in size.
Either way, thank goodness for modern day wetsuits, we don’t have to be (so) cold in these cold conditions!
Stay safe, stay happy and stay well wherever you are and whatever you’re doing and have yourself a very Merry Christmas and a sparkling New Year!!