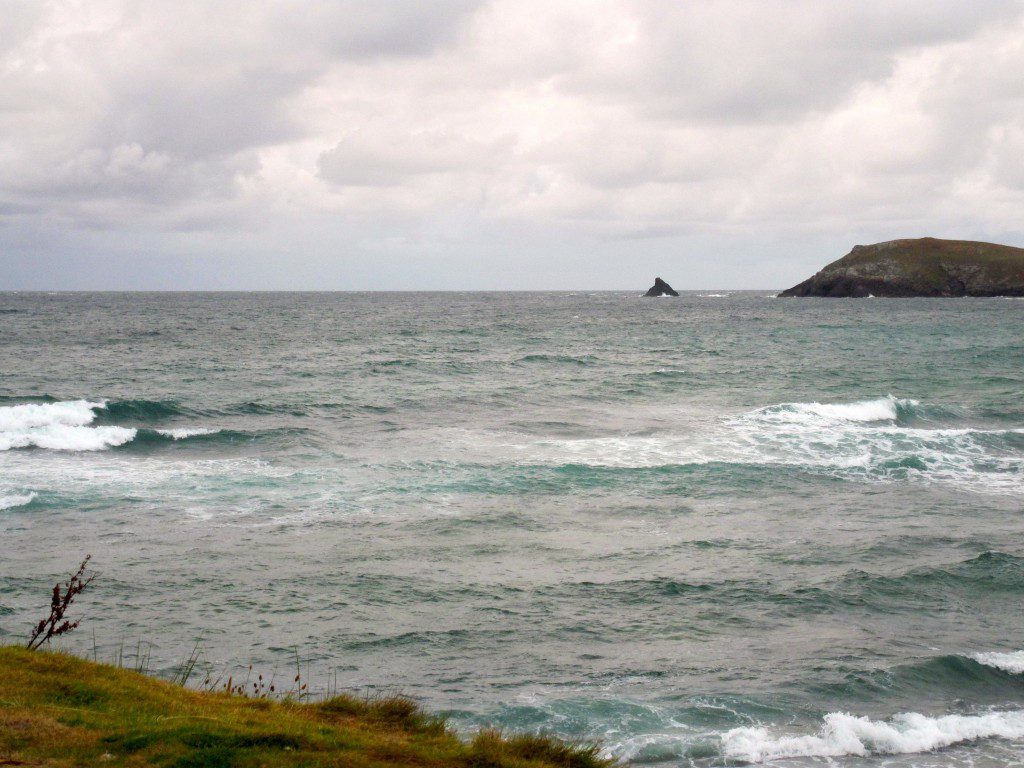 That’s a bit of a shock to the system, a brisk north nor’ westerly blow is trammelling into the bay this morning, dropping temperatures dramatically while pushing some thick rain clouds our way too!
I haven’t seen the hedgerows being blown for weeks, maybe even months? That hairdryer on a shaggy dog effect, heavily laden trees shaking as well. The wind isn’t that strong, it’s just that we haven’t felt much for such a long time!
So it’s a breezy and chillier start to today, all a bit grey and all a bit damp.
And the surf isn’t up to much either.
There’s a couple of feet or so of grey and raggedy stuff washing into the bay, that weak swell still managing to hold its lines but the sea surface all bumpy and broken, jaggedly reflecting that blue/grey sky.
As the tide drops a little in a couple of hours, there should be some fun little waves to ride, those inside walls keeping clean while the outside take off is a bit bumpier.
The sky should clear up as the day goes on but it might just be mid afternoon before it clears nicely. In the meantime though, that water is relatively warm and balmy and there are waves to ride.
It ain’t going to be great but it could just be fun! 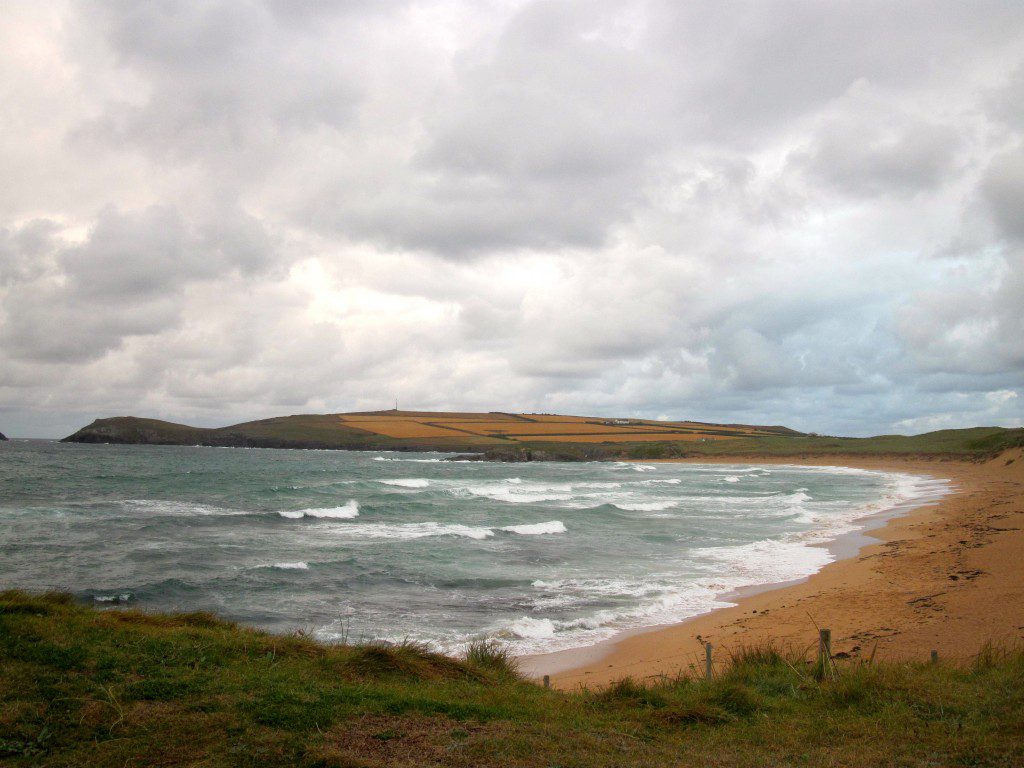 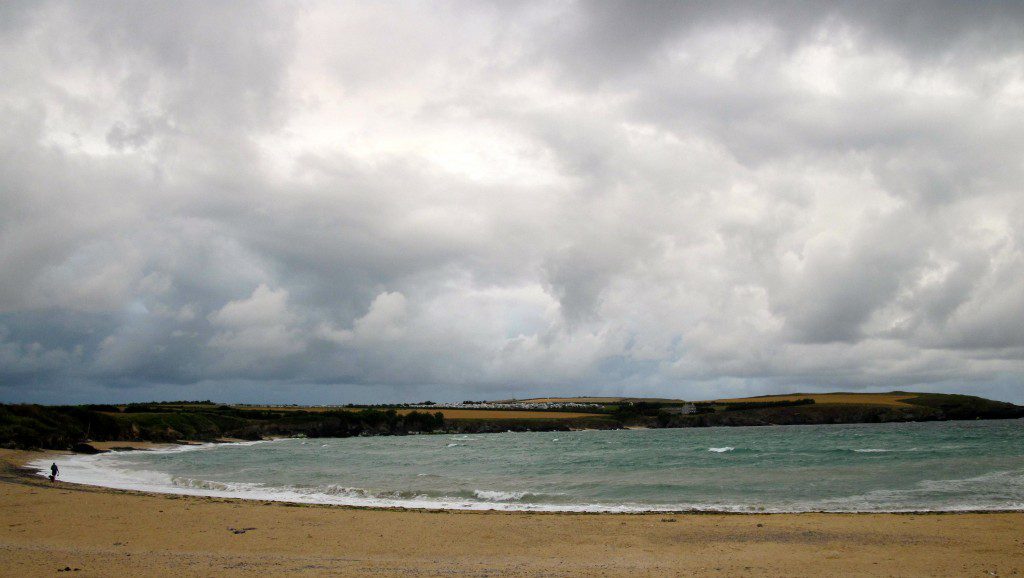 It’s pretty much flat and choppy around here this morning, the wind blowing steadily straight into the bay.
It’s bumpy and lumpy and I guess that this north westerly wind will push up some windswell as the day goes on but there’s no real surf here today.
What little there is is over the other side of the headland, a choppyish couple of feet over there!

It should be back to normal again by today, well, normal for this summer!
Brighter skies and warmer air temperatures with that north nor’ westerly wind keeping those maxing temperatures away, while still messing up the small, small surf.
A foot or hopefully two of bumpy and jagged stuff is the most that we can expect again today but it should be brighter again!

North or north westerly winds are expected to be the main feature of the next few days, giving a much fresher feel to the weather while not doing much for the surf.
Only a small swell is expected to start this week off, a foot or two at best for most of the time and that being ruffled and rustled by the light but steady wind.
Following a chillier,damper and greyer spell, those bright skies should broaden again by late on Tuesday or early on Wednesday at least making what surf there is look a bit better! But ultimately we will be lucky to be surfing anything much more than knee high and bumpy, at least to start the week off. Maybe the back half of this week will bring something at least a little better?
Have a great week, wherever you are and whatever you’re doing!