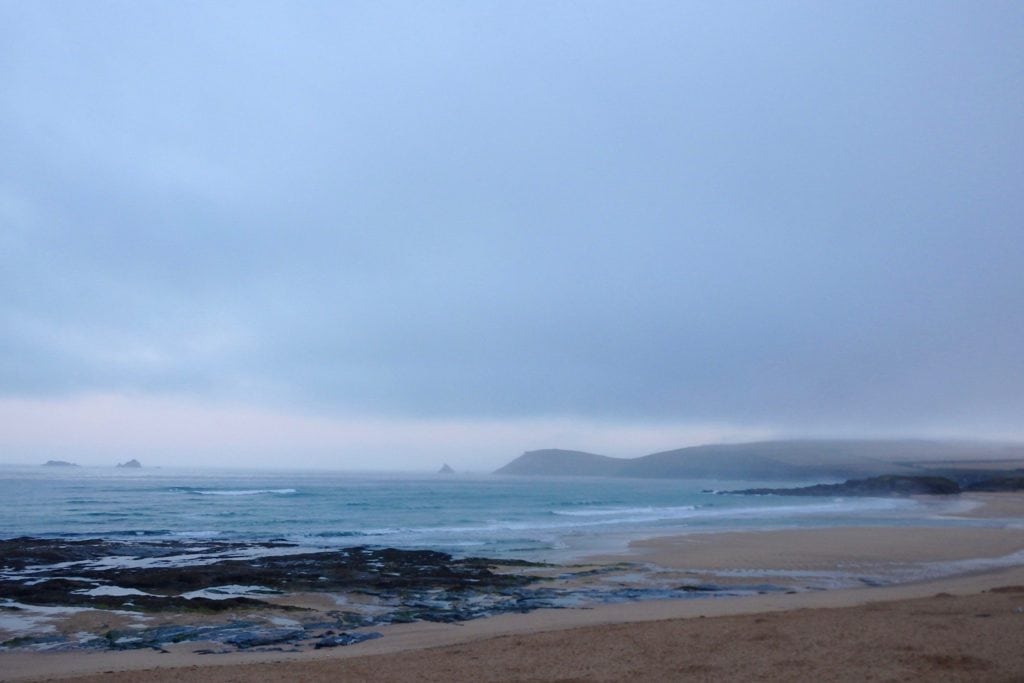 That silver ridged canopy of rolling cloud base seems to be a little thinner this morning, allowing glimpses of ribbon tears of blue and yellow and pink. And that could just mean that it will all brighten up sooner rather than later!
In the meantime, three feet and occasionally bigger of slow moving surf is wandering into the bay, the superlight breeze drifting down from the north west, onshore and putting a heavy ruffle on those crumbling wave faces.
The breeze should stay light, the sky should brighten soon enough and the surf should carry on rolling our way! 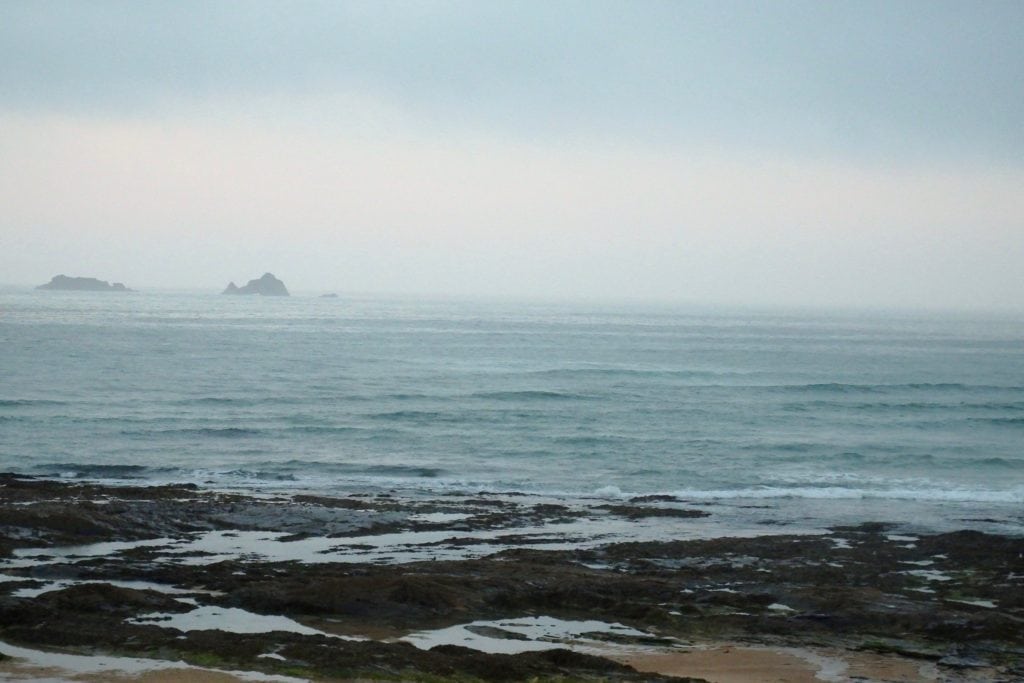 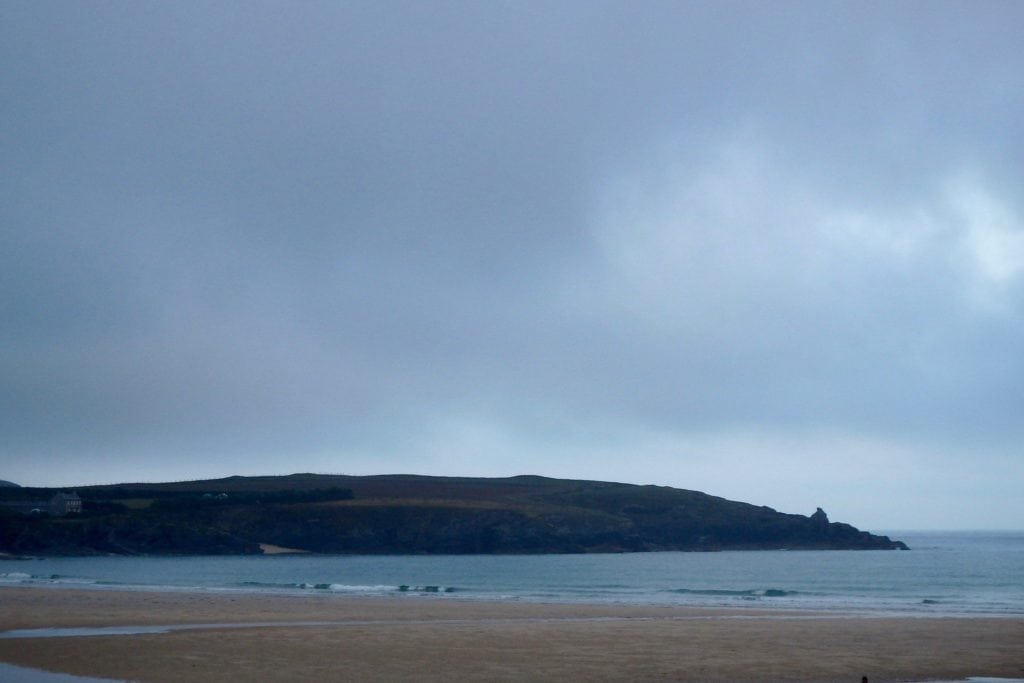 Some really very small waves are trickling into the bay here this morning, a foot maybe but only very occasionally a few inches bigger than that. It is rideable though and it’s clean enough even with that north westerly breeze drifting onshore. But it is the other side of the ehdaland that’s the place to go for a surf today really. There’s a half decent there feet or so of fun surf breaking over there this morning, while it is barely a foot here so far! 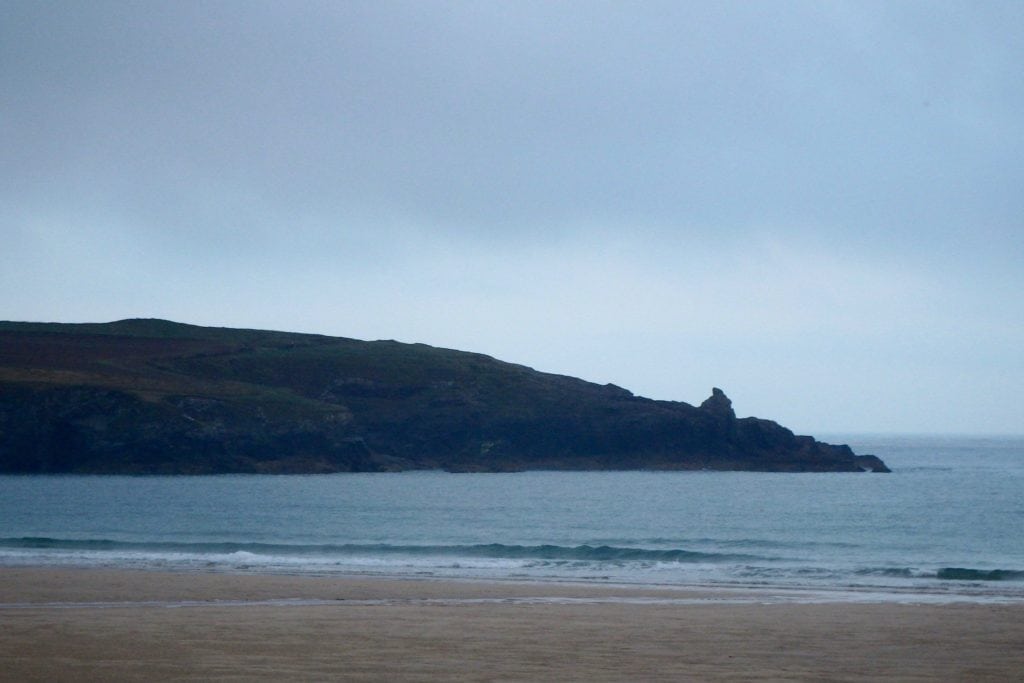 Light winds and sunny days should help to make those very small waves a little more enticing.
Two feet or so of slightly sloppy, more ruffled surf should continue to drift our way with light south westerly breezes forecast and plenty of sunshine!

Light onshore winds are likely to start this week again, a slowly decreasing swell being pushed in by those same winds.
But the weather should stay mainly fine for the last few days of the school holidays while there should be plenty of fun surf to keep everyone happy enough.
A gradually easing, three feet or so of crumbly swell will start the week, slopped a little by light north westerlies but with loads of sunshine. The breeze is likely to ease to the south west soon enough, helping the swell along and keeping temperatures mild in the sunshine.
By midweek we should be enjoying some halcyon summer days with a rhythmic three to four feet of solid swell rolling in all day long.
Have a great week, wherever you are and whatever you’re doing!