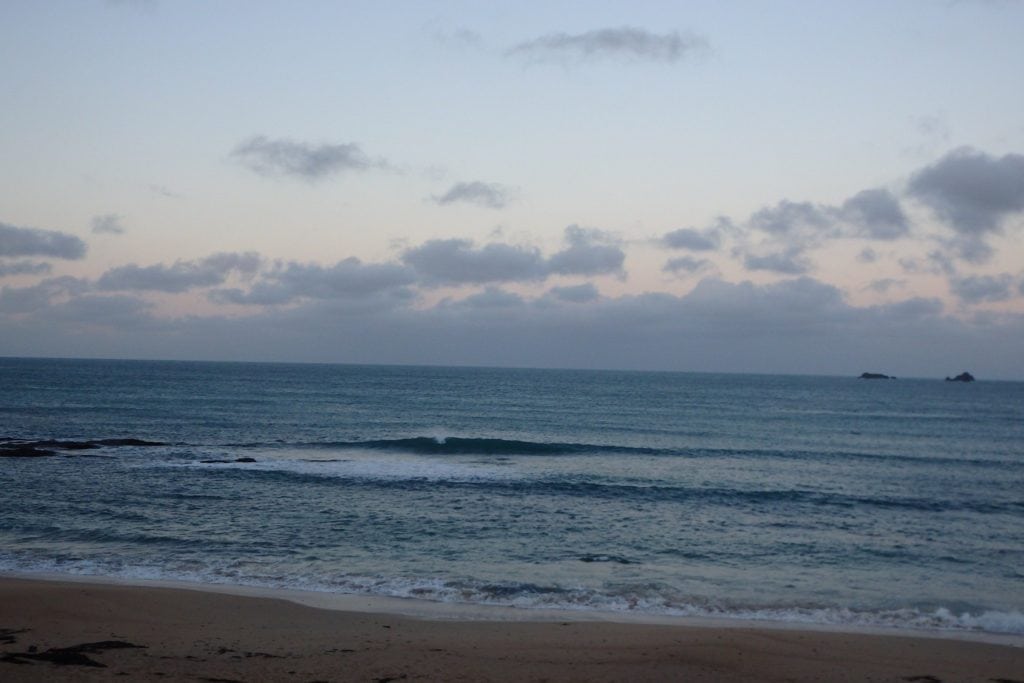 A bright and cheerful, cold and breezy day has replaced the wet ’n windy one of yesterday with an explosive sunrise blasting over the far horizon and a biting wind rustling down from the north east.
The surf is small, real small but a couple of feet or so of wintery looking swells are popping up over the sandbanks, held tall by that wind.
The dropping tide should reveal some fun and immaculately shaped, peeling and glidable waves, if you can deal with those cold, cold air temperatures! 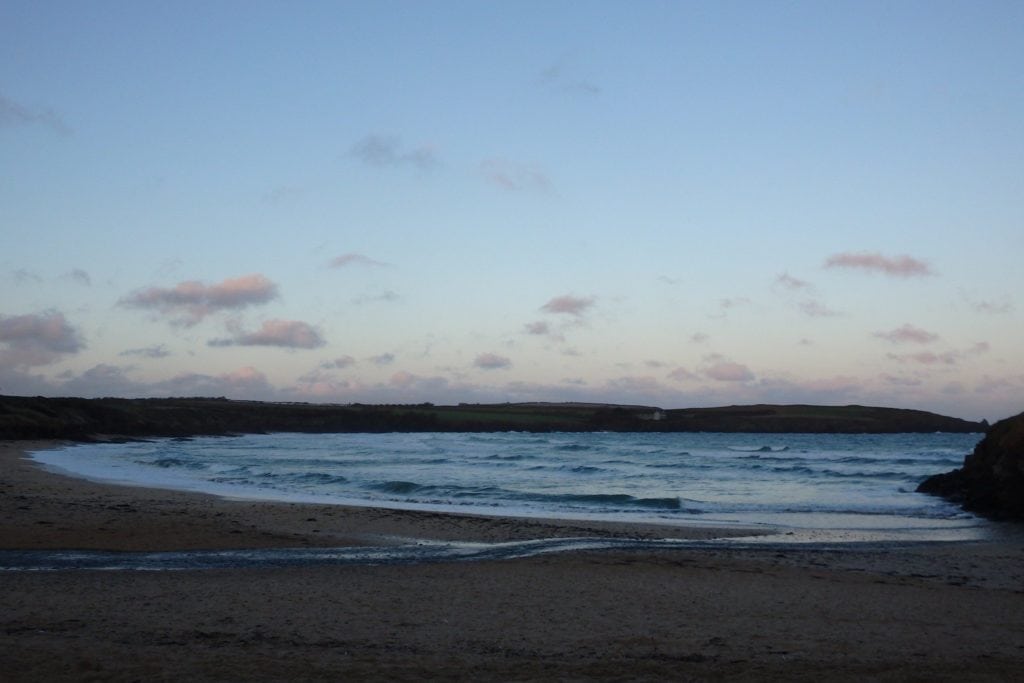 The north easterly wind is blowing onshore here this morning, that massive sunrise front-lighting a foot or two of chopped and slopped junk surf.
It’s the other side of the headland for surf today, it’s small over there too but at least it’s clean and organised. 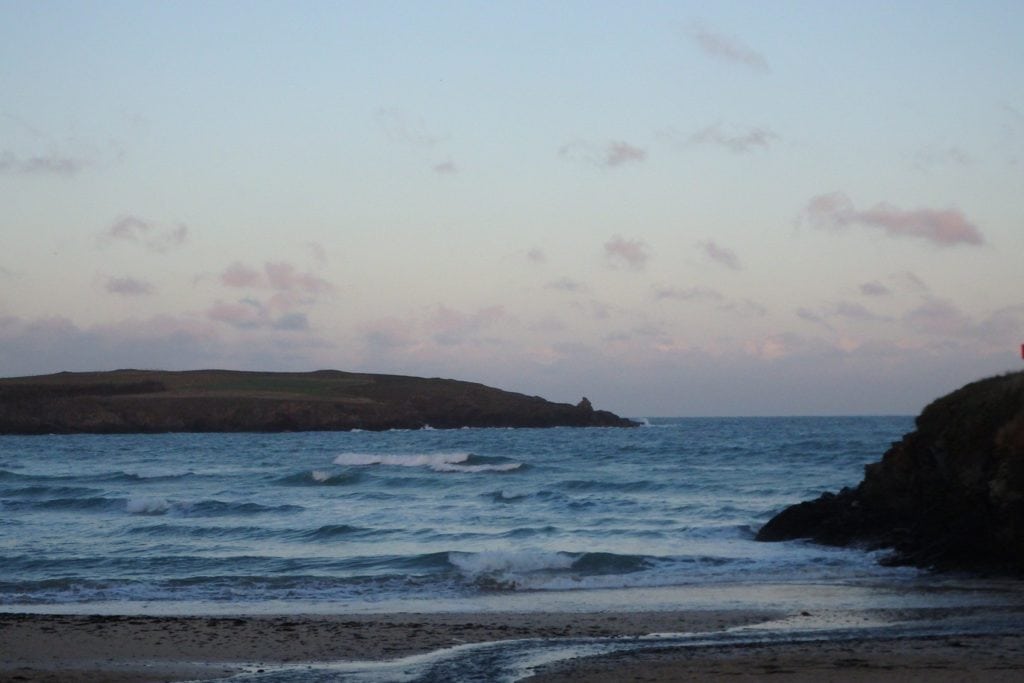 Another bright day should cheer us up today, with the lightest of breezes but with only the smallest of swells to surf on.
We’ll be lucky find anything over a foot in size around here today but if there are any little random waves getting through then they should be great shape and probably worthwhile. But that is only going to be a result of that elusive combination of shallowness, the tide, the wind and a wayward swell!

Surf Conditions for the Star of the Week

We are going to be enjoying some of that fresh winter air during this first week of 2017, the winds cold and from the north but with mainly clear, clear skies, at least for a few days.
The surf looks as though it’s going to be small and weak throughout this week but with superclean conditions lasting until midweek and maybe testing you in to ride those really small waves. That can be fun though, especially with the right board ad with time to pick the right break at the right moment!
But generally we can look forward to only tiny surf, clean at beginning of the week, becoming sloppier as the wind blows more onshore through the back half of the week before building, only a little as we go into the weekend!
Have a great week, wherever you are and whatever you’re doing!