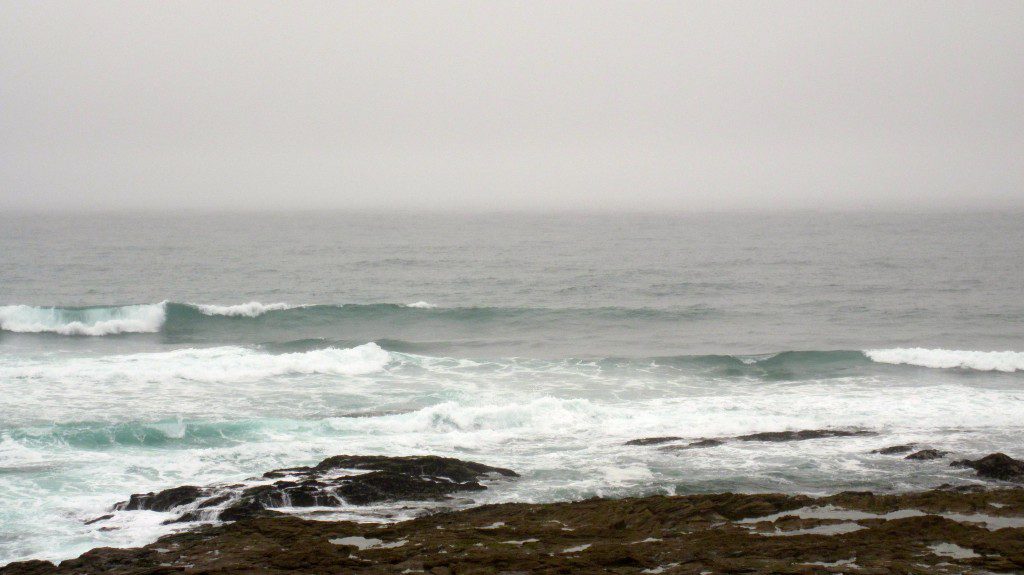 It’s a dank and mizzly old morning this morning, a steady wetness in the air clinging to everything and killing the view.
There are waves, well a couple to three feet of sloppy and lumpy stuff easing through the gloom, the wind light, breezing in from the south sou’ west just bumping those swell lines.
It’s not great but might be enough to tempt Hilly in, he’s sat in his car amping on that classic surf film; 99p (Toby Atkins, where are you!?)!
I’m guessing that the waves should bump up just a bit before high tide in a couple of hours and that same high tide should provide some shelter from the wind too. So it could just be quite good in couple of hours for an hour or two.
The rest of the day?
Well, it might just clear up but that is a definite ‘might’ and the surf is likely to be a steady three feet or so of quite bumpy and sloppy stuff, occasionally getting steeper and faster as the tide hits those shallower spots.
So, not great but okay! 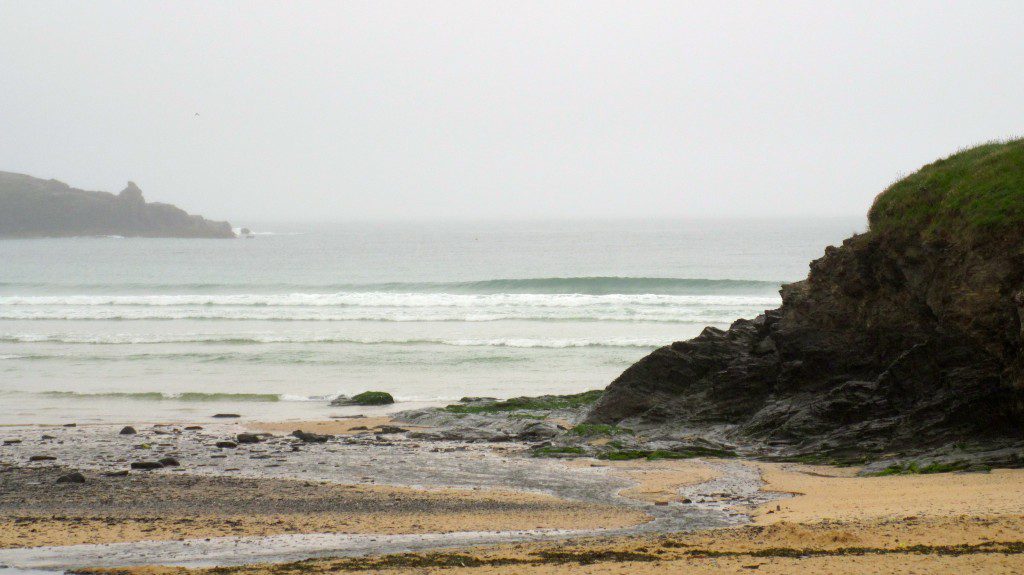 There are little waves sloping in here this morning, few and far between but there is the occasional rideable one.
And it’s glassier too, that south sou’ westerly light wind drifting offshore here.
But it does need to be a good couple of feet bigger to get some interest.
I think that the other side is going to have the edge today, bearing in mind that the forecast is for the wind, light as it is, to drift around to the north west. And that is onshore here too!

A half decent three foot plus swell should be rolling through today, the wind light and from the west and so making for more crumbly surf again.
It could brighten up but if it does it is likely to only be for a short while here and there as that weather front slowly drifts over us.
So, another day of there foolish and sloppyish but still fun surf lies in wait, summer must be upon us!

There will be some bigger and more rideable stuff coming through for the start of this week, the breeze drifting in onshore while the weather veers from dull and misty and damp and dreary to just about bright enough.
Monday should see a decent couple to three feet of fun surf to start the day with those light westerly breezes gently blowing mild air our way. There should be more surf as the tide rolls in through the evenings as well, maybe becoming a decent three feet by then. And that should last well into midweek, getting bigger through Tuesday, settling itself into that fun summer surf range by Wednesday.
With half decent weather being rationed through the week as well, it does look as though we are in for a pleasant enough but occasionally damp and dreary week of fun surf and mixed but mild enough weather.
Have a great week, wherever you are and whatever you’re doing!