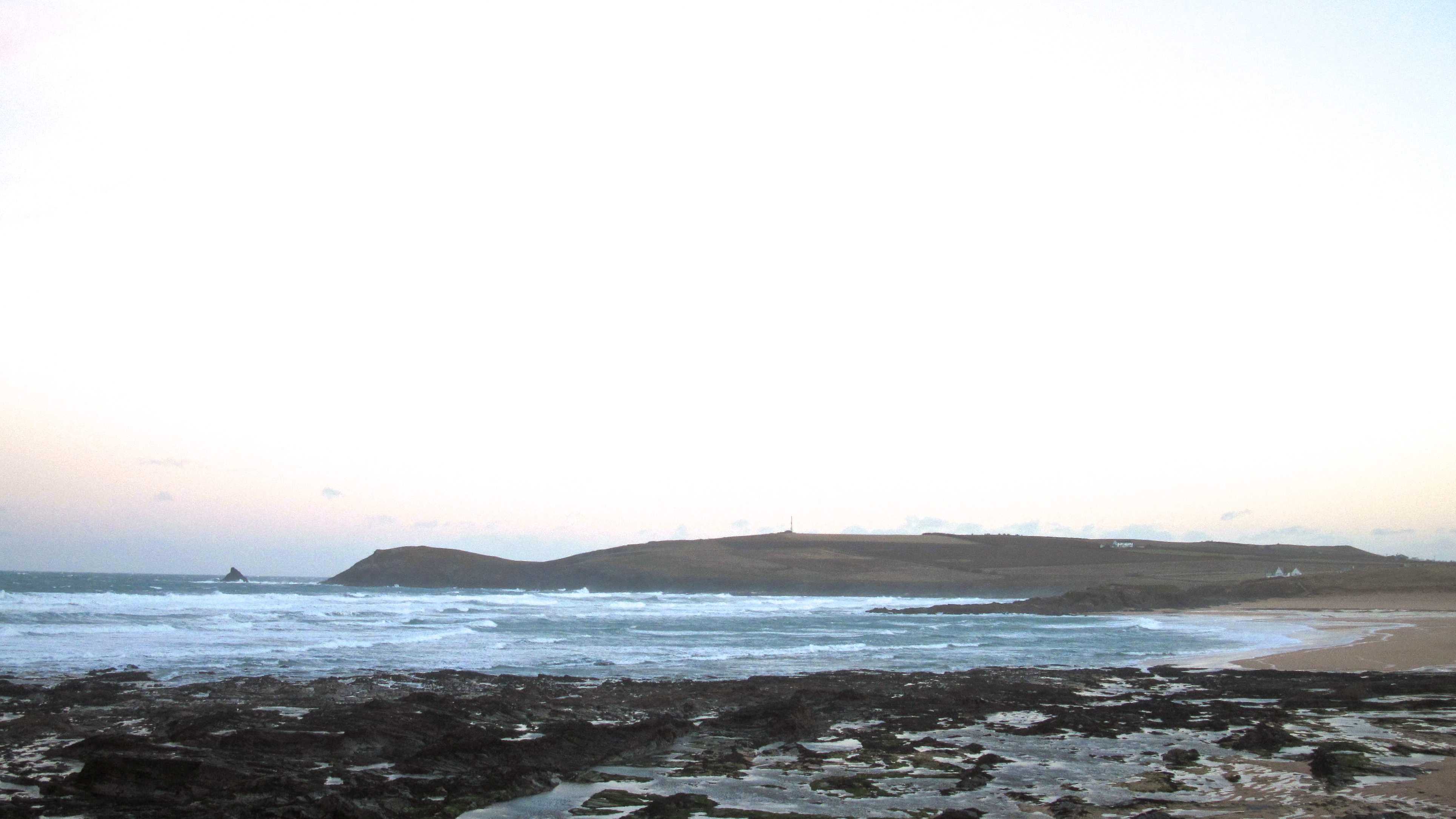 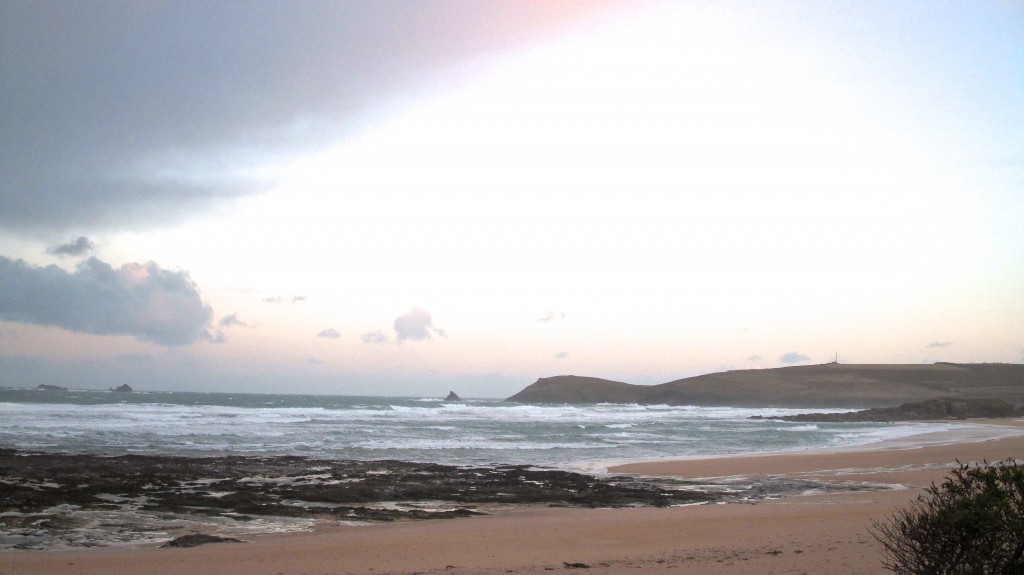 It’s a shocker of a morning out there, the wind is howling into the bay, an annoying blow of cold, cold air screaming in from the west north west, churning the already windswept and mixed up surf even more.
The sky is bright enough but the wind is blowing squalls through rapidly while bouncing little bundles of cloud across the horizon.
There’s no chance of having a surf here today, it is just too windy and mixed up. 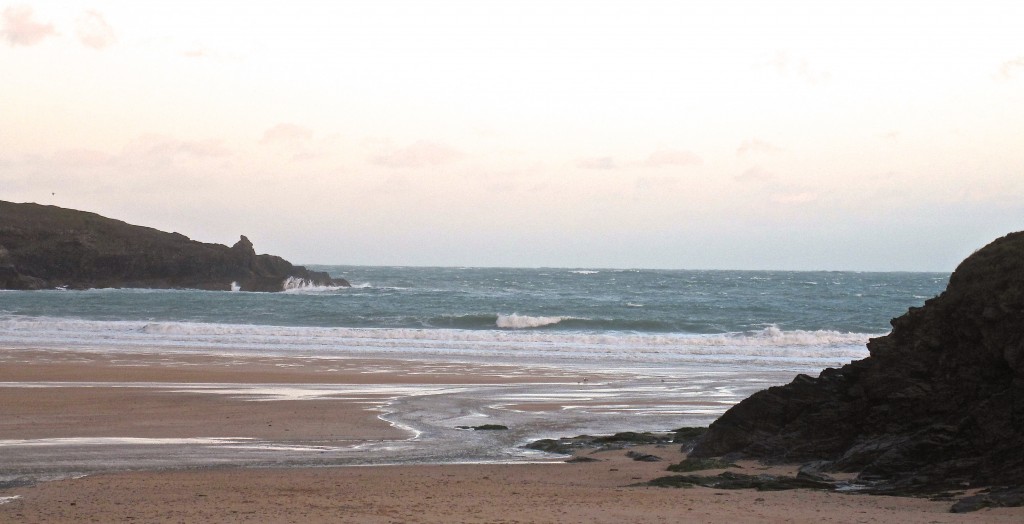 The wind is howling in here this morning too.
There’s three to four feet of bouncy and thick looking, heavy surf crashing to the beach. A thumping, wind blown mess of surf is exploding ashore, maybe leaving a little cleaner area over in the corner but maybe not as the tide changes.
It’s not great but it might just be a little more rideable later, if the wind eases and shifts more to the south.
In the meantime the south coast is our only real option again. 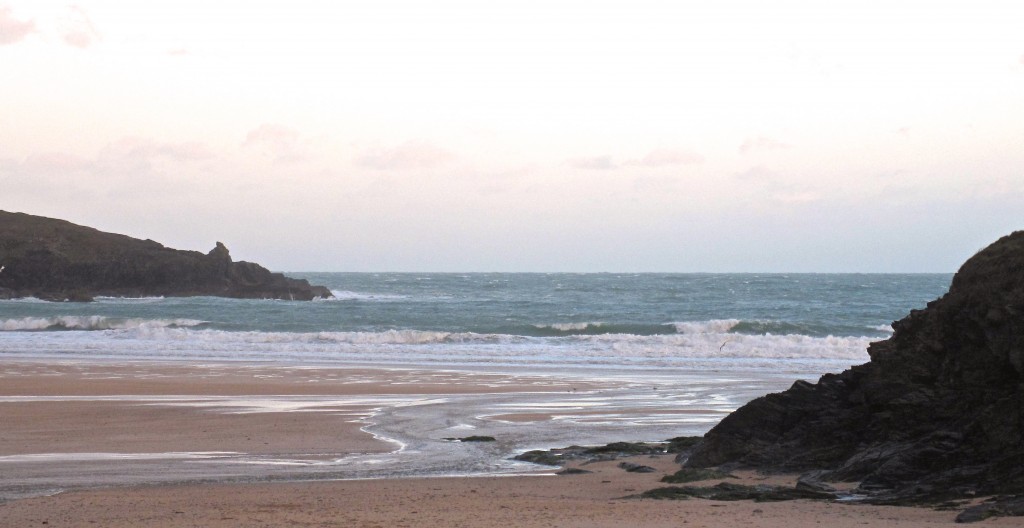 There’s not much change expected today either.
Those strong west north westerly winds are set to continue to howl ashore, mixing and messing all those big, thick and heavy but already mightily mixed up waves all over the place.
Big, onshore and stormy.
Hmm, it looks like the south coast again, again!

Brisk onshore winds and a thick, rolling swell are going to start the week and probably end it too, with a good spell of the same in the middle.
Gale force westerlies, veering back and fore between north westerly and south westerly and often staying just direct westerly are likely to kick Monday off, lasting well into Tuesday and only weakening a little after that.
The surf is likely to be in the real big range to start the week off, dropping to just ‘big’ for midweek, going ‘real big’ again later.
So, keep the car packed, it looks like another week of dodging back and fore to the south coast if you want to get the best surf conditions out of this week again!
Have a great week, wherever you are and whatever you’re doing!