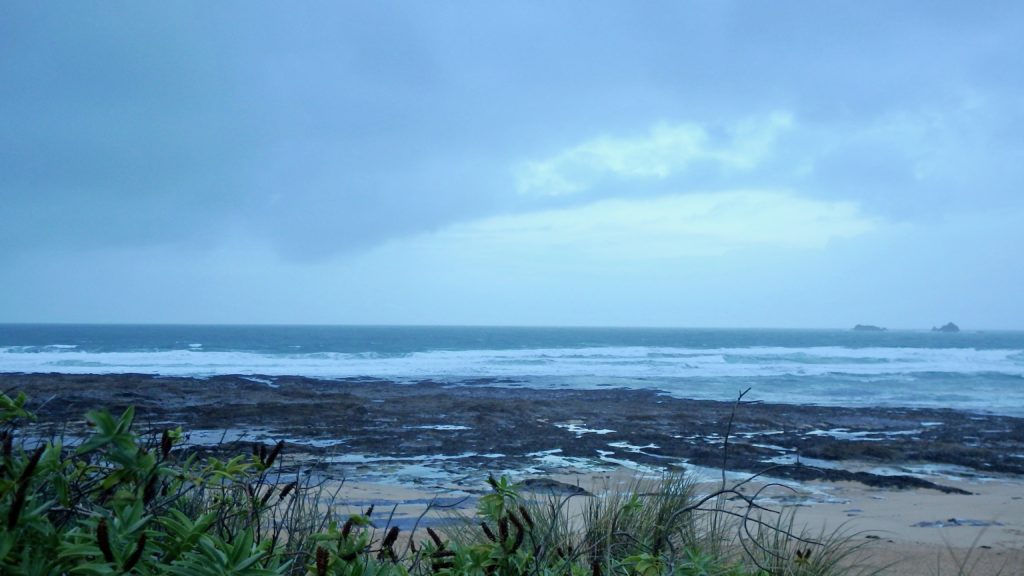 A fresh ’n breezy, chilly little blow is kicking off this Monday morning, the wind galloping in from the west nor’ west, tripping over the three to four feet of grey and broody swell on its way.
Yes, the surf is a raggedy blown mess again with those shapeless and mixed up waves being tugged and shoved by that hurrying wind.
There are surf breaks further away that are more appealing in these conditions and with the hope of a building swell, it might be worth the hunt.
But it ain’t great here, that’s for sure! 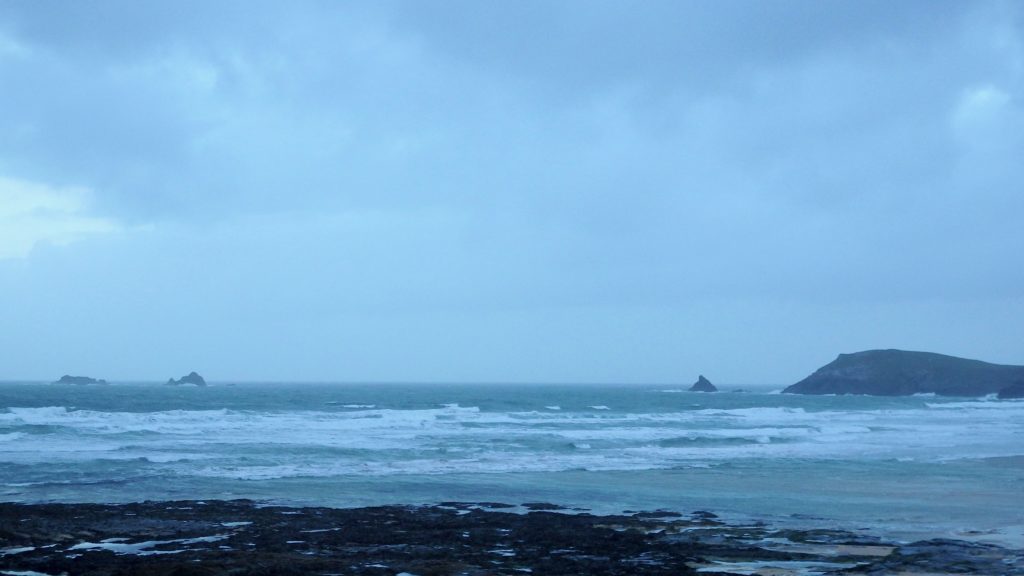 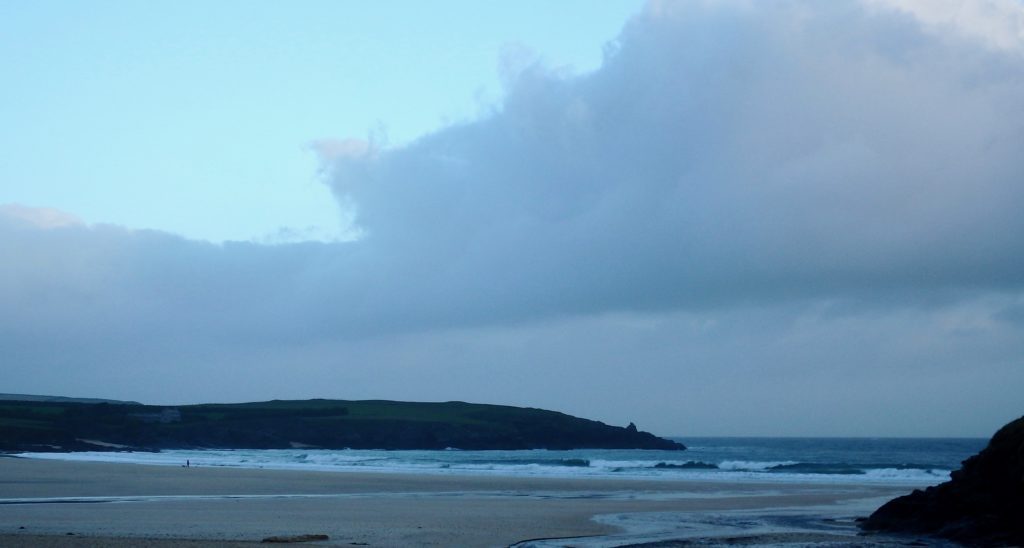 A couple of feet of bumpy and warped waves are walling across the bay before collapsing hard on the compacted sand of Harlyn.
The wind is sideshore here this morning, a teasing temptation of what it could be like.
But isn’t.
The tide is halfway out on the drop and so you have eto think that it will improve through early afternoon as the tide shuffles slowly in. And yes, it should increase in size but it is still going to be lumpy and bumpy and closey outy. 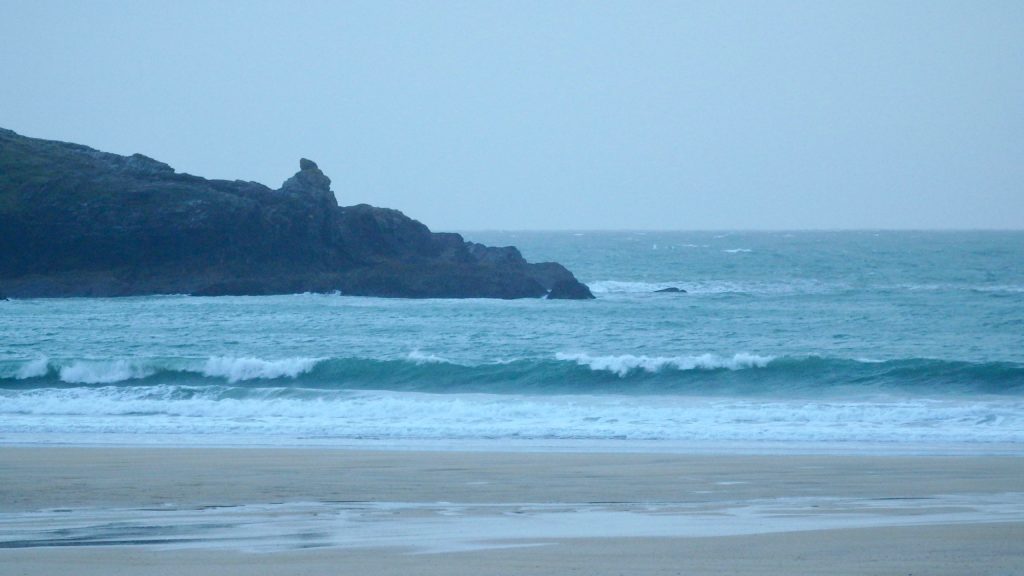 North westerly winds are going to keep air temperatures low while making sure that the waves are choppy and sloppy.
Three feet of windblown and chilly feeling surf is likely to be as much as we can hope for today, unless you can luck into one of those southerly facing little corners that is till picking up some swell.
Or South Wales.

Onshore winds aren’t going to help the thick, rolling swell that is likely to wash our bays and coves at the start of this week.
Staring out from the west, the wind will soon settle to its recently preferred north westerly direction. And that is onshore at all of our local surfbreaks.
So those bigger swells that will start our week are going to lose their appeal at most of the breaks around here, making a little hunting expedition our best hope for finding something cleaner and sharper to surf.
Northerly winds are going to frustrate for a couple of days, the wind swinging southerly through midweek but only staying there for hours rather than days.
So a mixed up and chopped and slopped kind of week is waiting, with half decent waves being the reward for those with the time and desire to head out on the hunt for something better or the usual onshore mess for the rest!
So, booked those ‘winter away’ tickets yet?
Have a great week, wherever you are and whatever you’re doing!