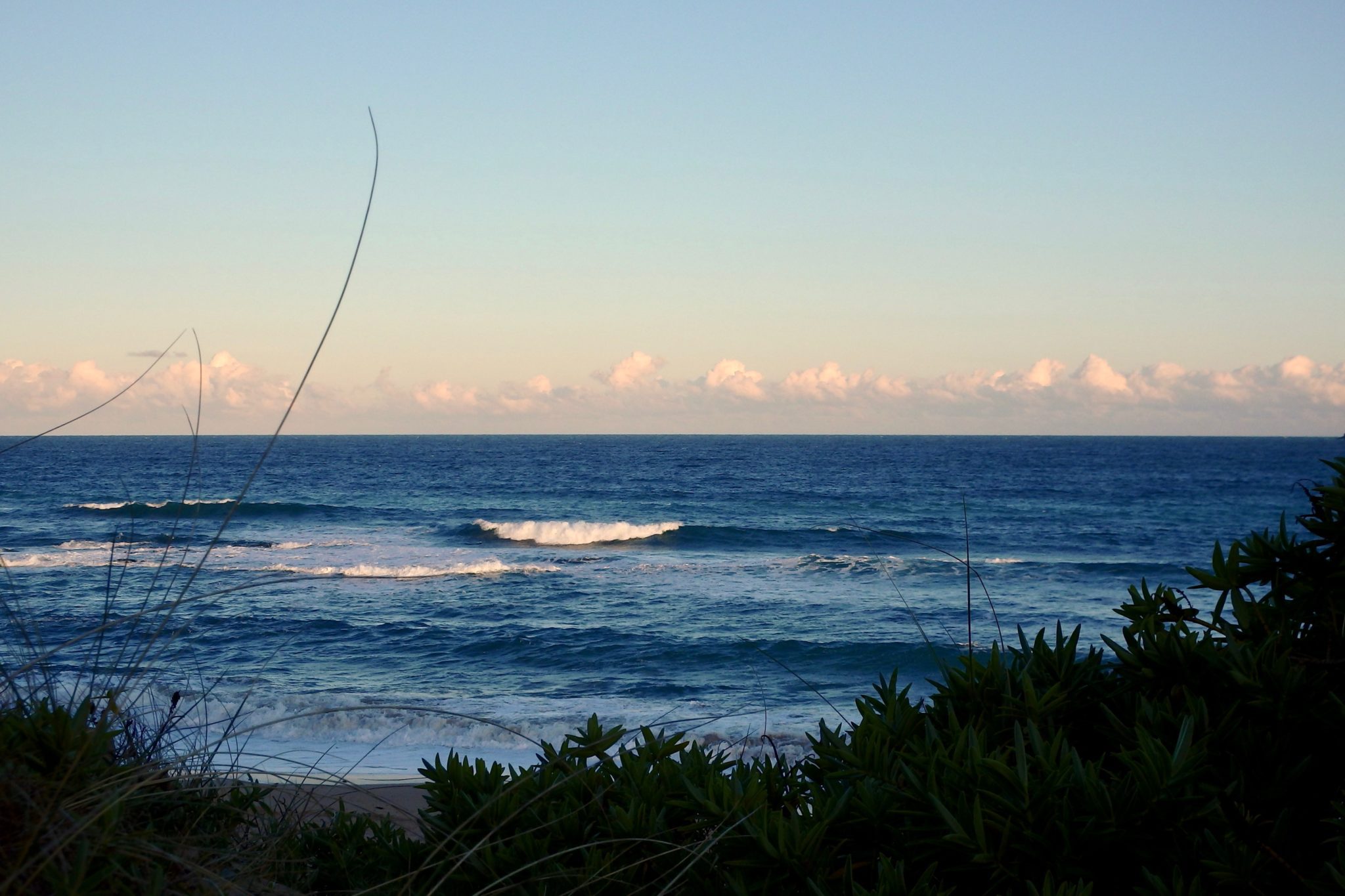 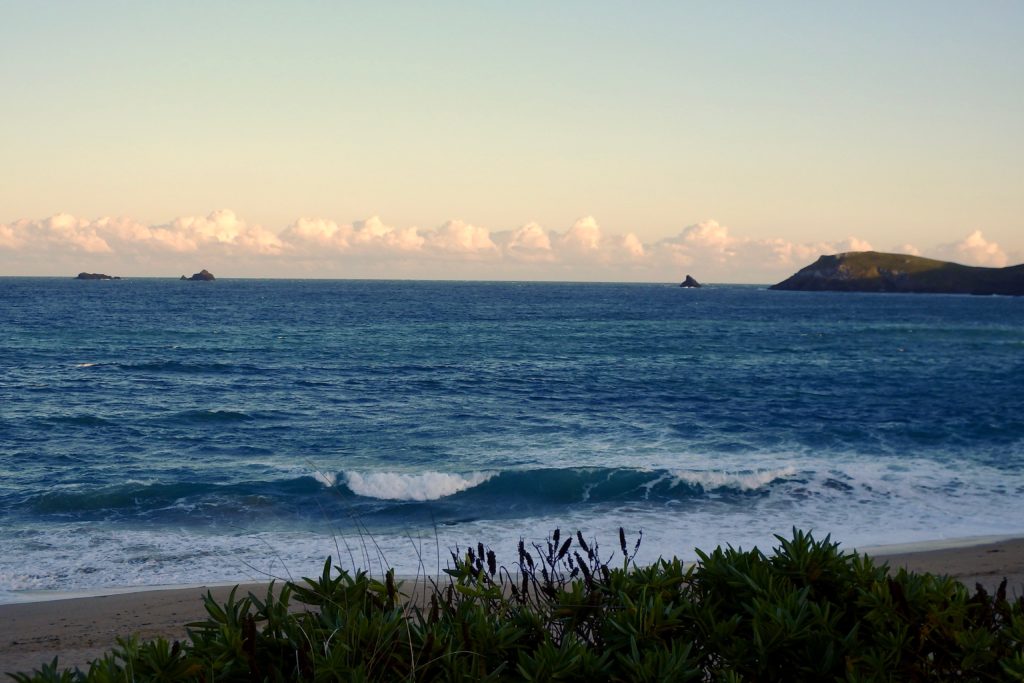 It is a bright and beautiful, breezy old morning but it is also sooo very cold too!
A brisk northerly wind is whistling down the coast, bringing icy cold temperatures with it while trying hard to junk out the three feet or so of deep blue surf.
The tide is almost full right now and so those windswept little waves aren’t breaking as they could just yet but we know that as the tide drops out then those waves will be more exposed to the blustery sideshore wind.
The headland might just protect Booby’s allowing some fun little ones to break more energetically over there. But that’s not definite! 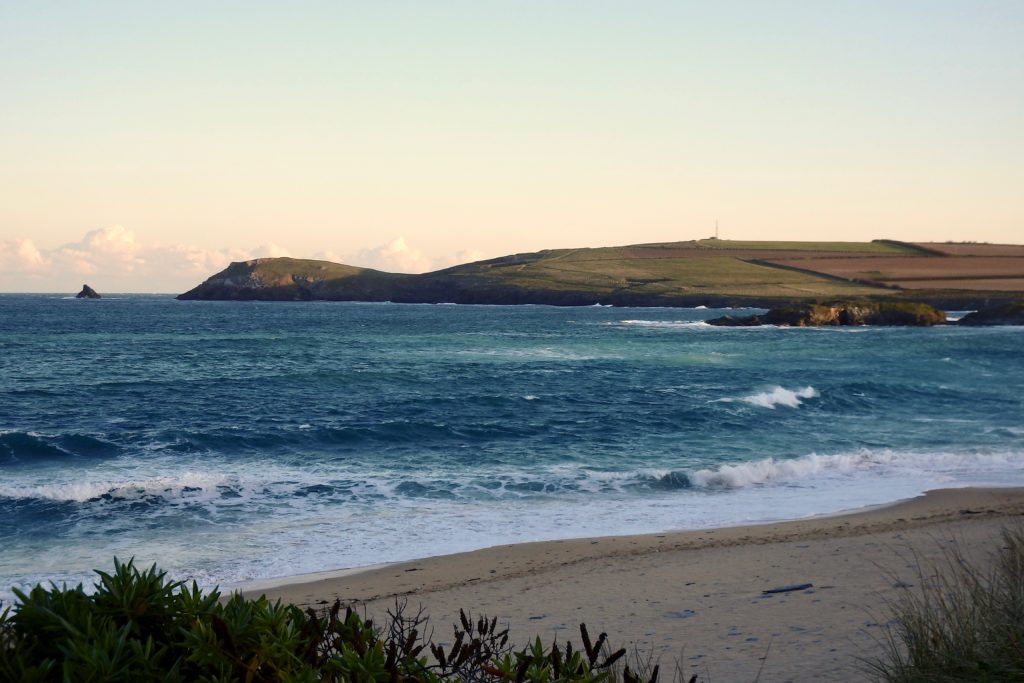 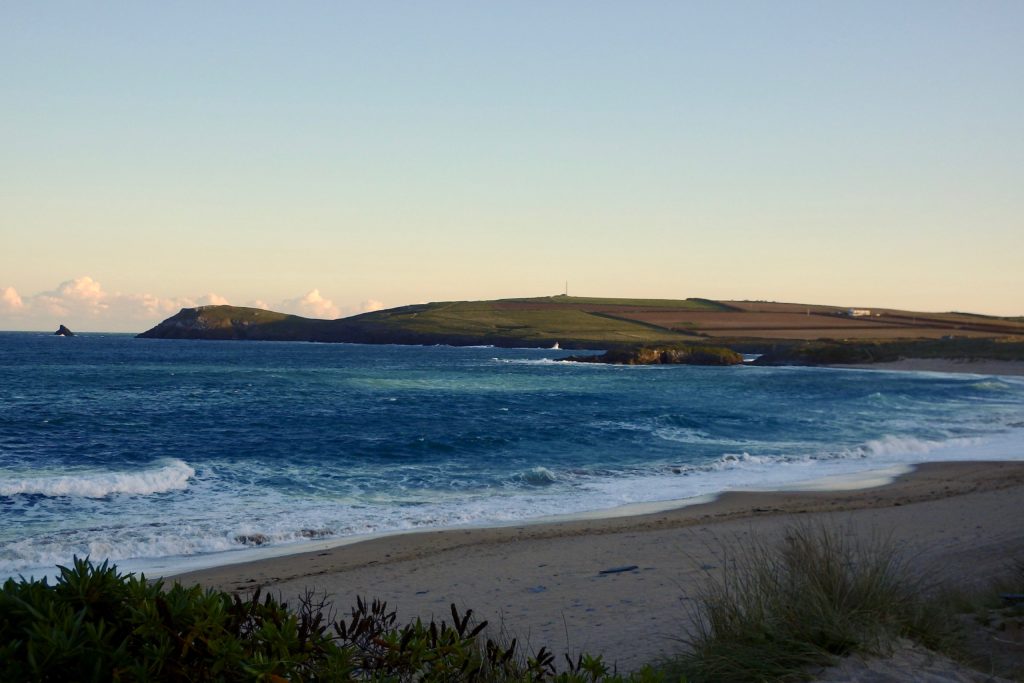 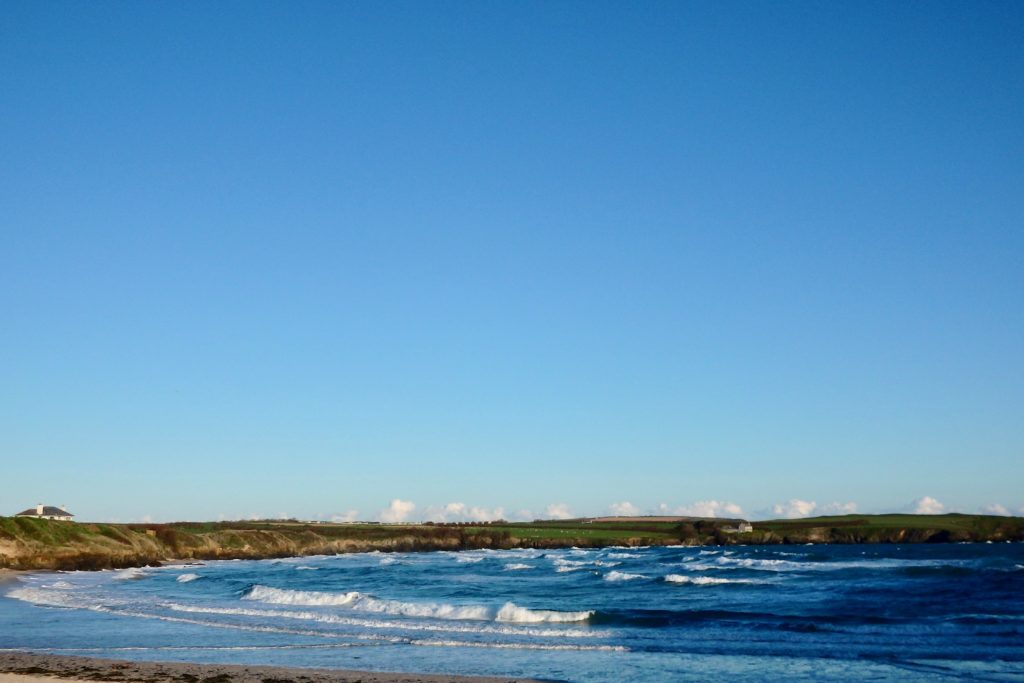 The northerly wind is blowing almost straight in here this morning, tumbling two to three feet of onshore blown windswell onto the high tide bank.
As the tide drops out it is likely to be even choppier and more disorganised but Harlyn can always be a bit of fun in an onshore wind. At least you have an extra bit of time before it all crashes over. 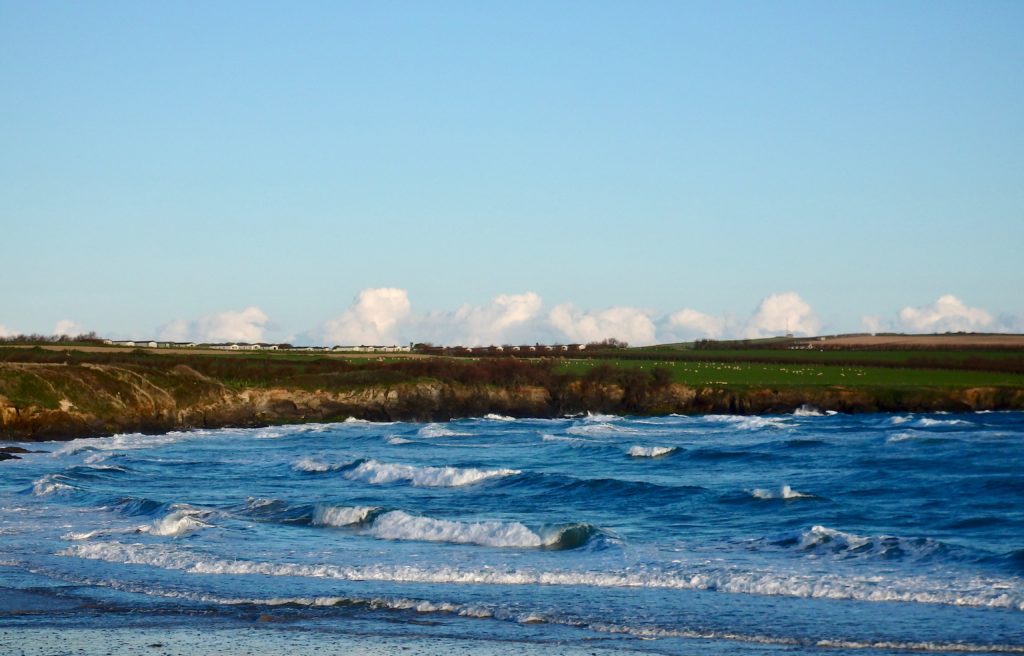 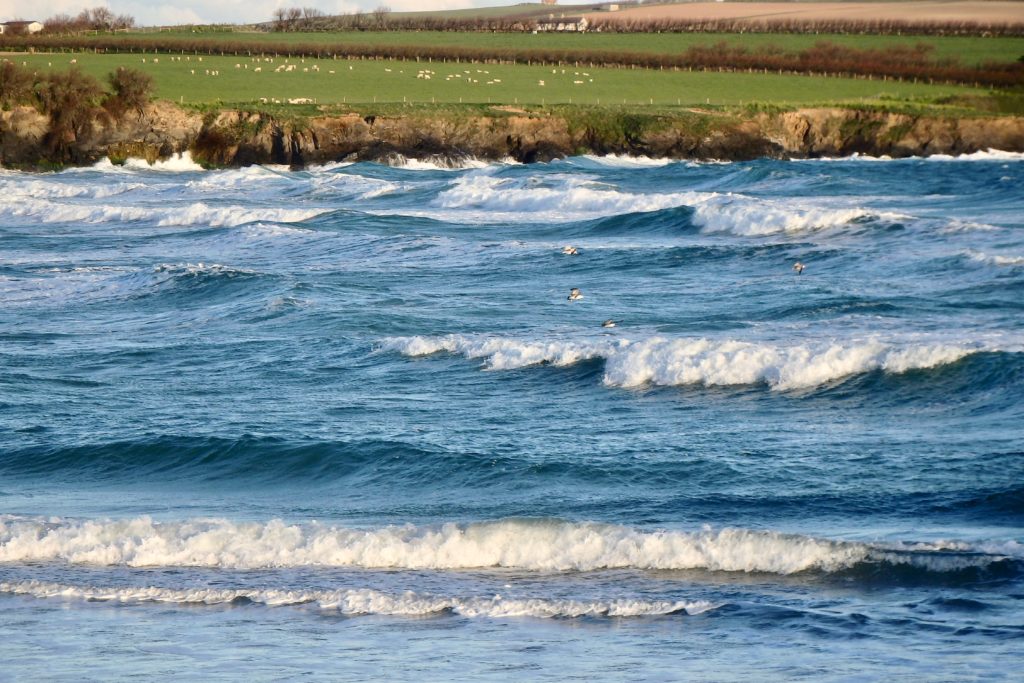 Surf Forecast for May Day 2018

South westerly winds are going to be pushing a three foot swell into the bays this May Day, Harlyn being cleaner and sharper but only very small.

Late night accordions are wheezing and those drums are echoing in the streets of Padstow as MayDay fast approaches, that all important weather forecast more watched and scrutinised.
And, it is suddenly looking quite promising for the weather, if not the surf, which could be a bit of a recipe for too much fun!
It now looks as if this MayDay week is going to start out breezily, with a brisk northerly wind chilling the air temperature and not doing anything for the surf either.
By MayDay itself south westerly winds are likely to be breezing across the bays, offshore at Harlyn but with only tiny waves. The wind might just push up enough to justify a longboard play but we’ll have to wait and see on that one.
But the sky should be bright enough and dry enough to make it a pleasure to follow those ‘osses as they jig and revel to the beat and rhythm of a thousand years of tradition.
The morning after the day before is probably going to start slowly, with those onshore winds bringing some dampness first thing, some welcome sunshine not arriving until lunchtime. The four to maybe five feet of surf being no more than a ragtag bundle of north westerly windblown chop.
light breezes and fair weather should cheer up the back half of the week with smaller surf but much lighter breezes.
So, all in all a fairly decent week with enough weather and surf to keep most happy.
Have a great week, wherever you are and whatever you’re doing!