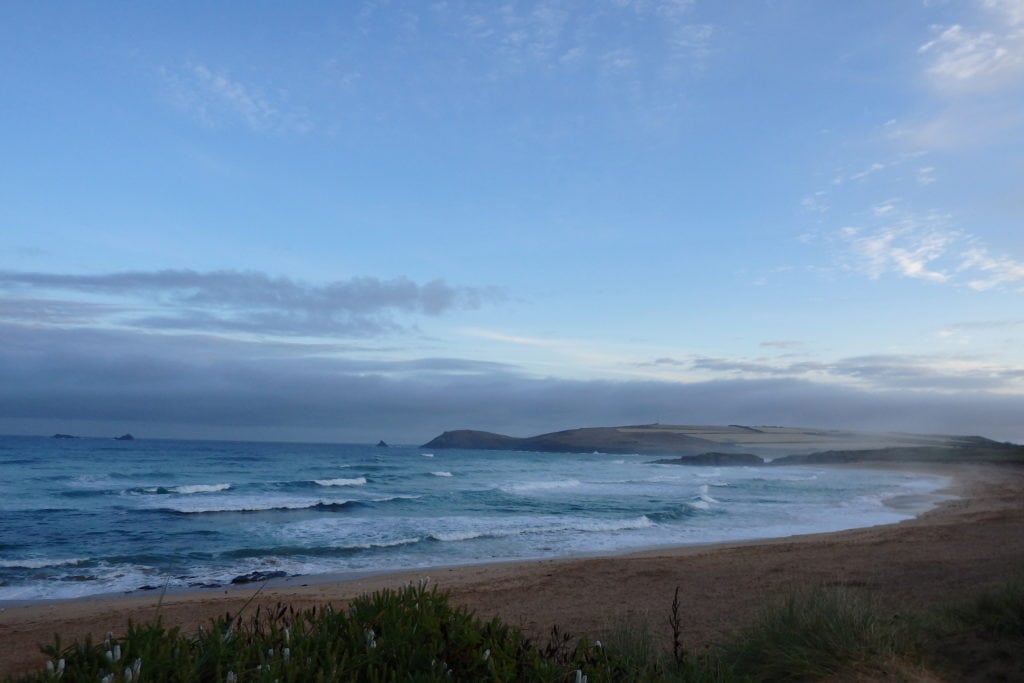 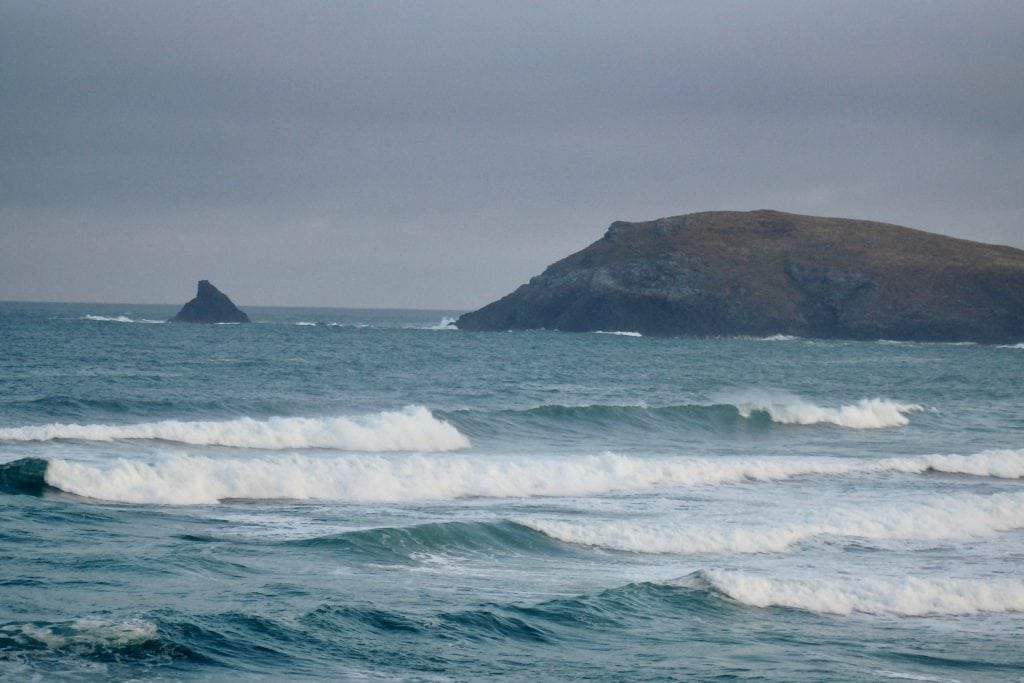 There’s darkness out to the west again this morning, a bundle of wetness looking for somewhere to tip. The wind is light though and the air a bit fresher, the fields already showing patches of something just a little greener amongst that straw coloured background thanks to yesterday’s showers.
And there’s a few feet of surf today!
Three to four feet of lumped and bumped lightly ragged surf is rolling through looking for somewhere shallow enough to break, that light west sou’ westerly pushing just a bit too hard.
And how warm is that water!! 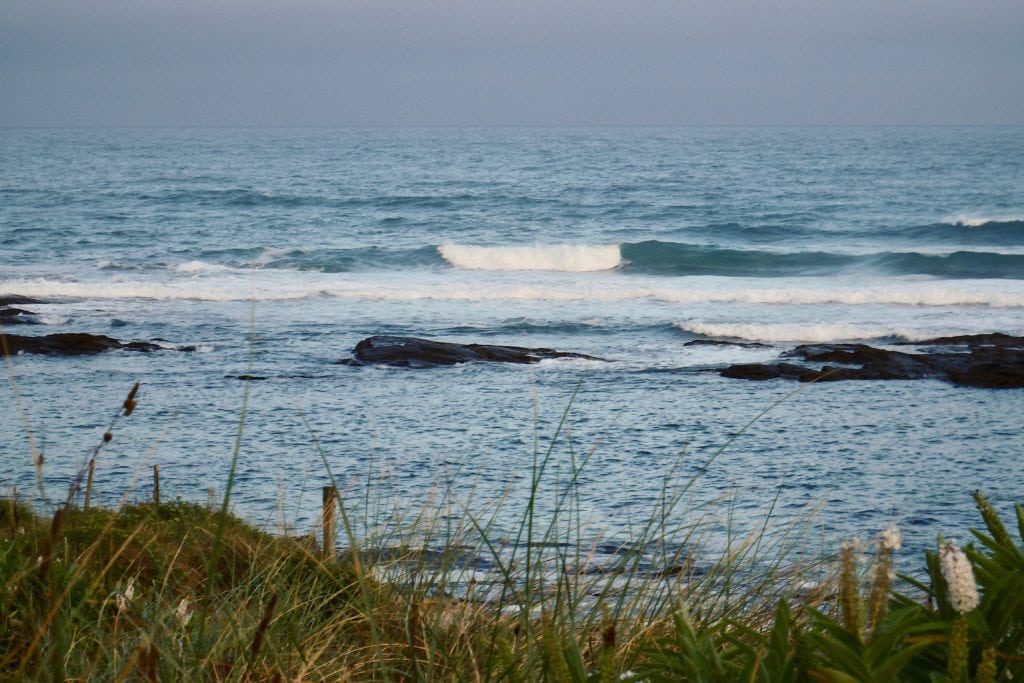 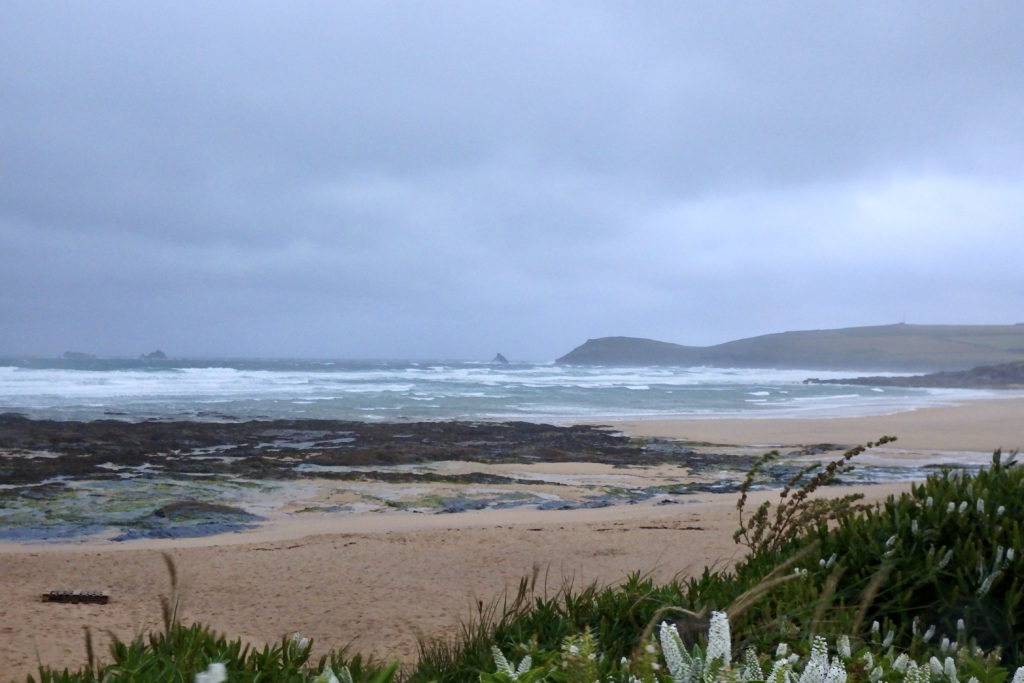 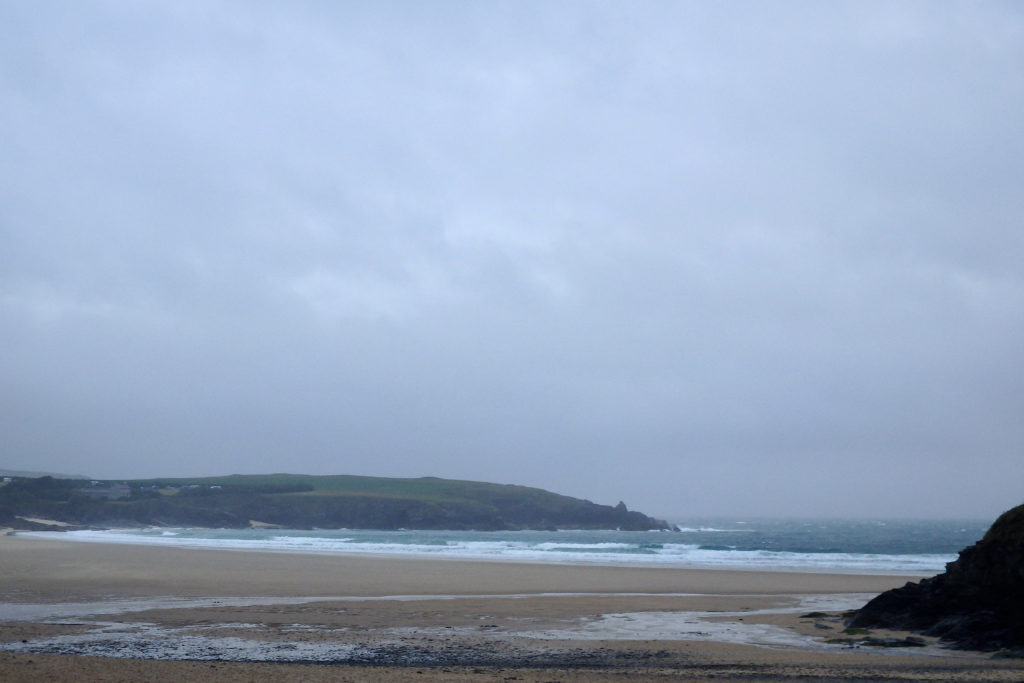 A couple of feet of fun little surf is rolling into the bay at Harlyn this morning, all a little ruffled and lazy looking but very surfable.
Half a dozen guys are already out and getting a few pre-work, pre-high tide ones and making it look fun. Give it a couple of hours for the tide to shallow out a little and we should be having fun again! 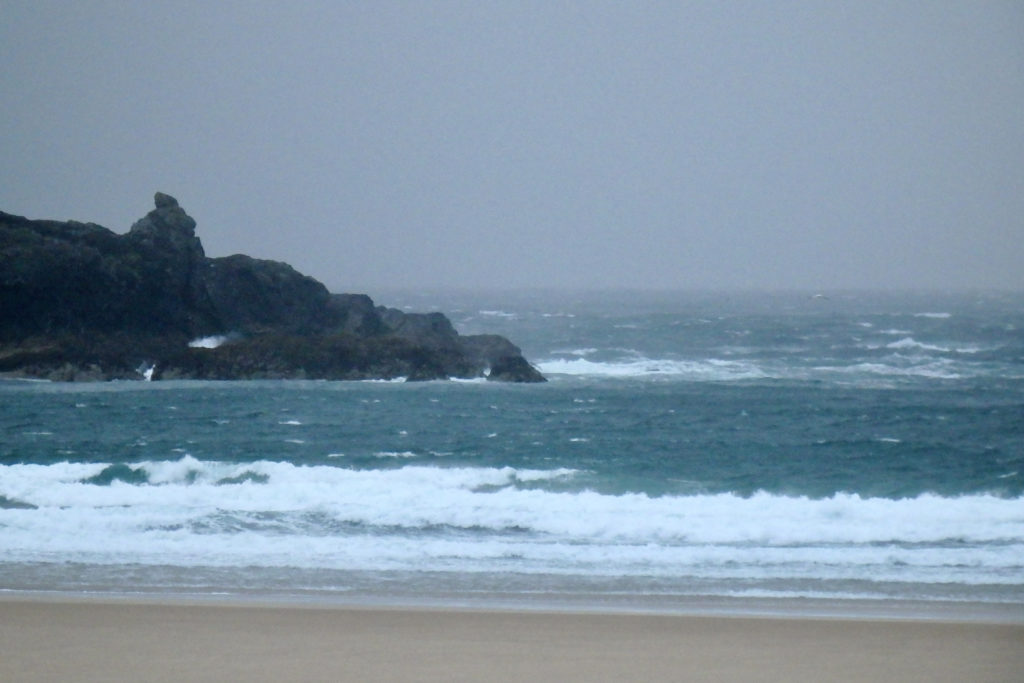 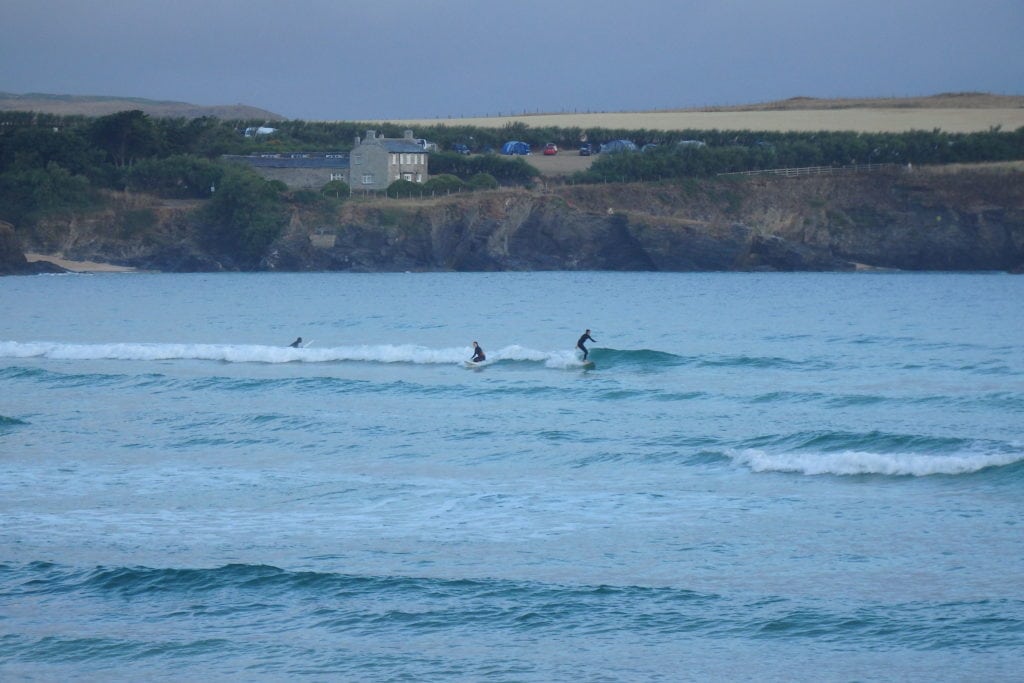 The swell should strengthen a little again today, that same west south westerly wind sending us around to Harlyn where a half decent two to three feet of fun summer surf should be waiting.
With plenty of bright sunshine between the threat of marauding showers it should turn out to be a good ‘un!