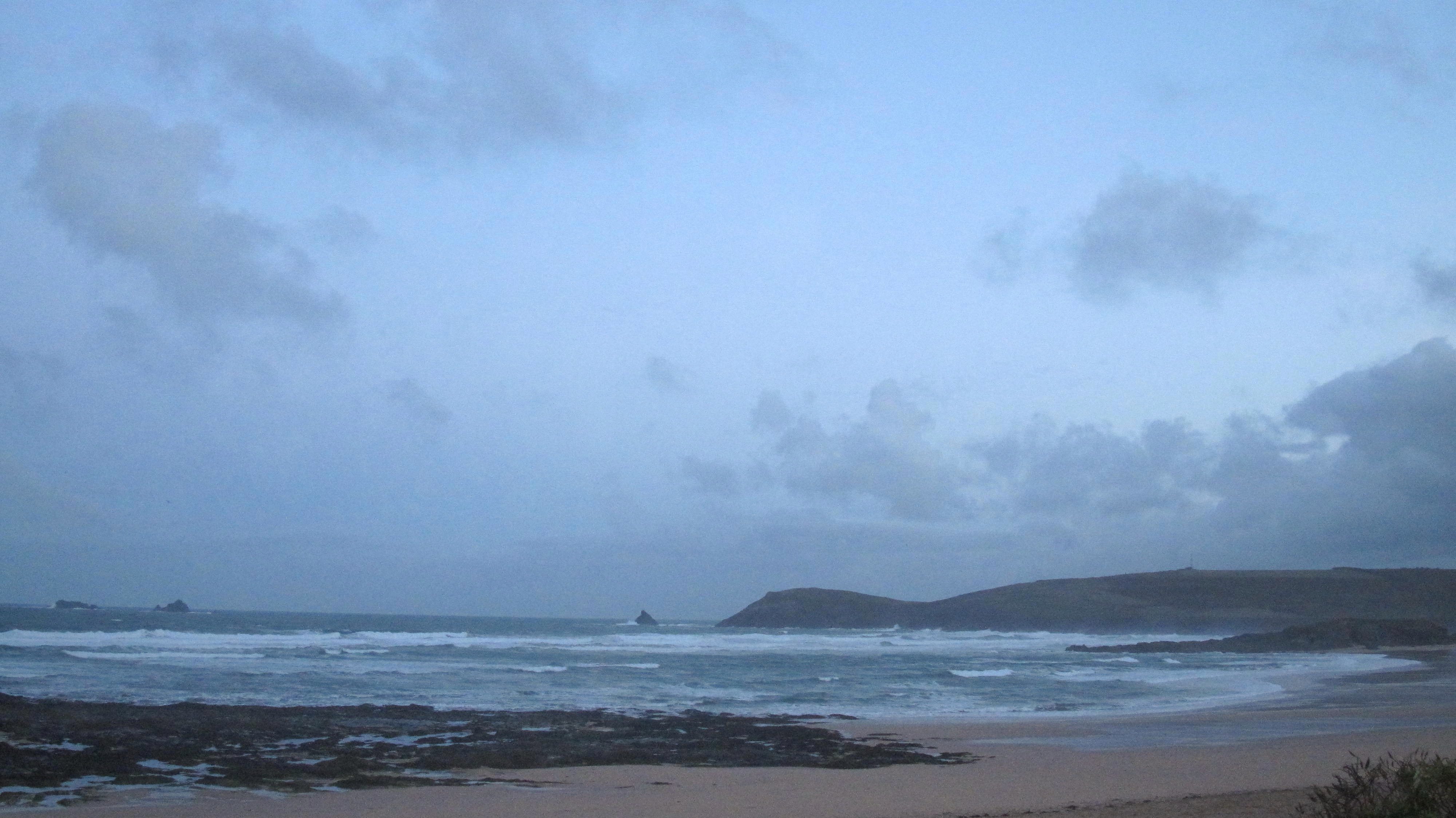 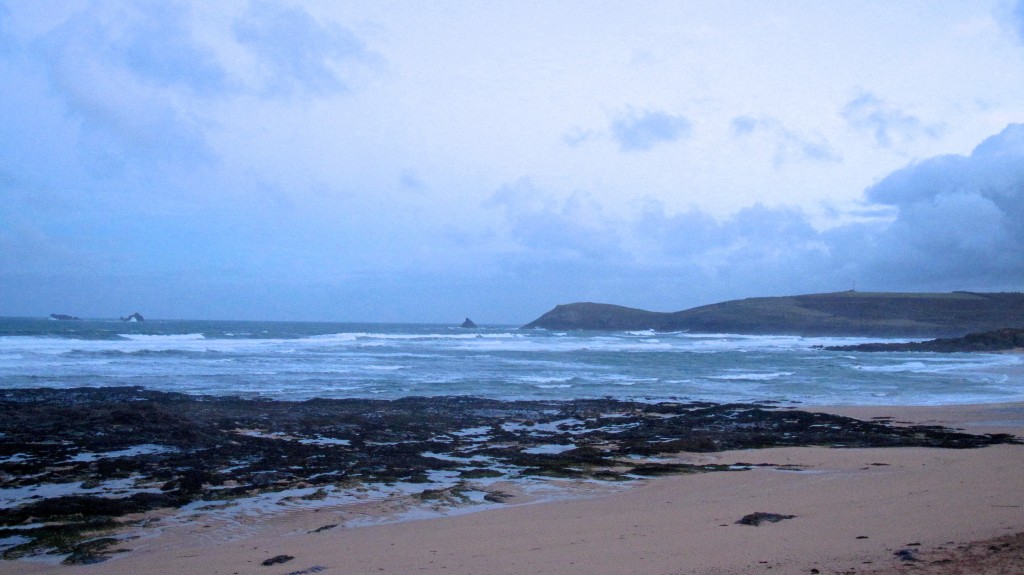 It is a brighter morning than over the last few days but there are still those walls of cloud nearby, a constant threat of a downpour or two not far away.
The wind is still gusting in too, again not as strong as it has been but more north westerly and so feeling colder while it continues to junk the surf completely.
It is likely to be midday before the wind eases back to the south west, at least allowing Harlyn a chance to be good while continuing to be onshore here and at the other west facing surf breaks.
No, there’s probably three or four feet of surf here this morning but it is wind torn and raggedy stuff, not the sort of surf to attract you in with the current water temperatures!
So let’s wander over to Harlyn for another look see….. 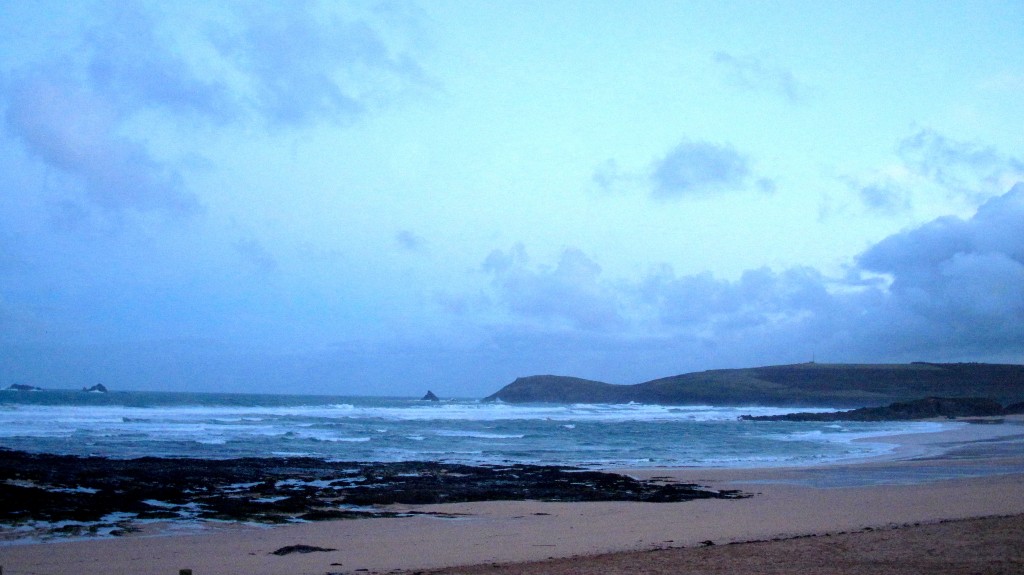 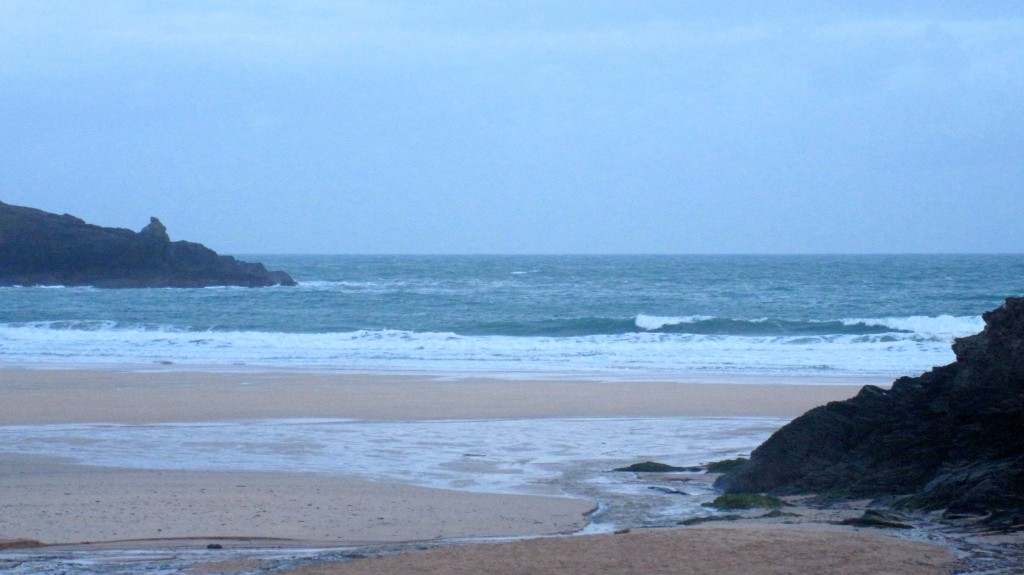 The wind is lighter than it has been but it is a little more north westerly right now and so is making a junky mess of the two to three feet of broken up surf.
The sky is brighter and that wind is lighter but the sea is still grey/black and jaggedy and lumpy.  It’s not the most inviting surf by a long way.
But give it a few hours and things should change, we could be in a different world!
The wind is forecast to slip south westerly, offshore here, while the bright weather should continue through till mid afternoon at least.
Yep, a couple of hours before high could just be good! 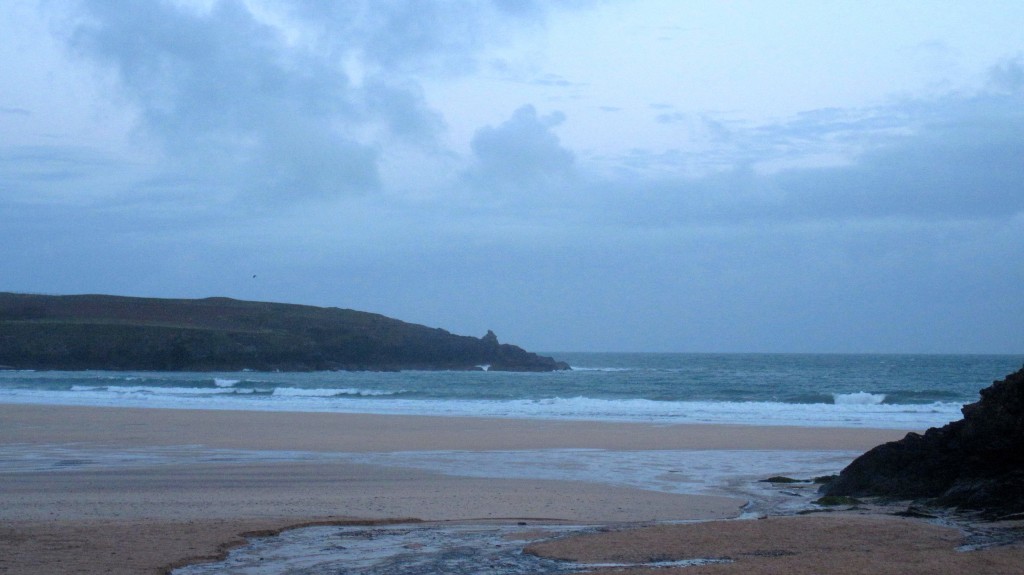 Ah, those strong onshore winds, north westerly today, are set to continue to blow through, destroying the shape of that bigger surf that is likely to be wasting our way.
There’s more than likely going to be big swell rolling around, six to eight feet or bigger but the wind is likely to be gale force at times and cold too.
The surf conditions are likely to be way better down on the south coast, if there’s enough swell getting there. There should be but as always we will have to ‘wait and see” first!