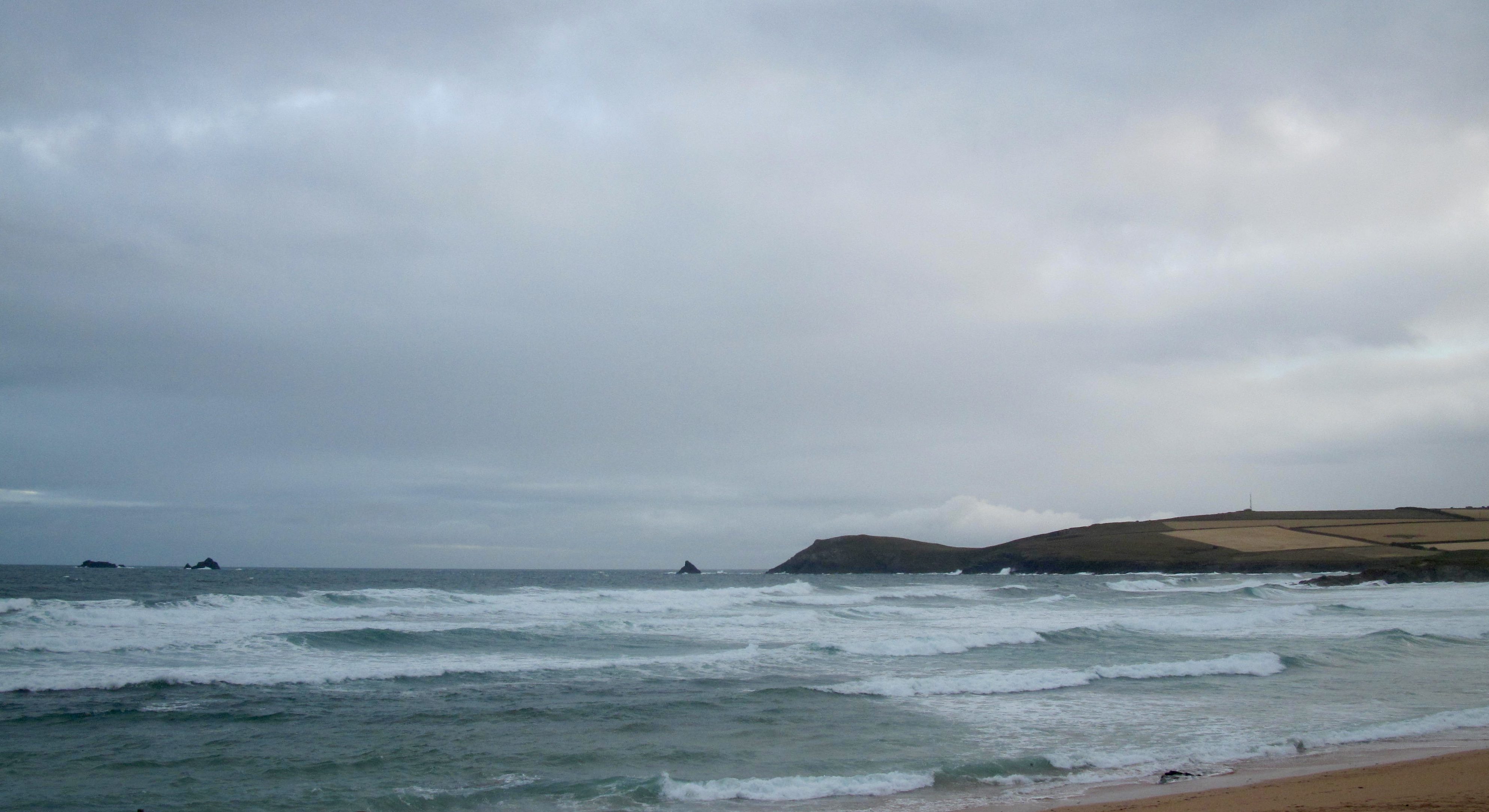 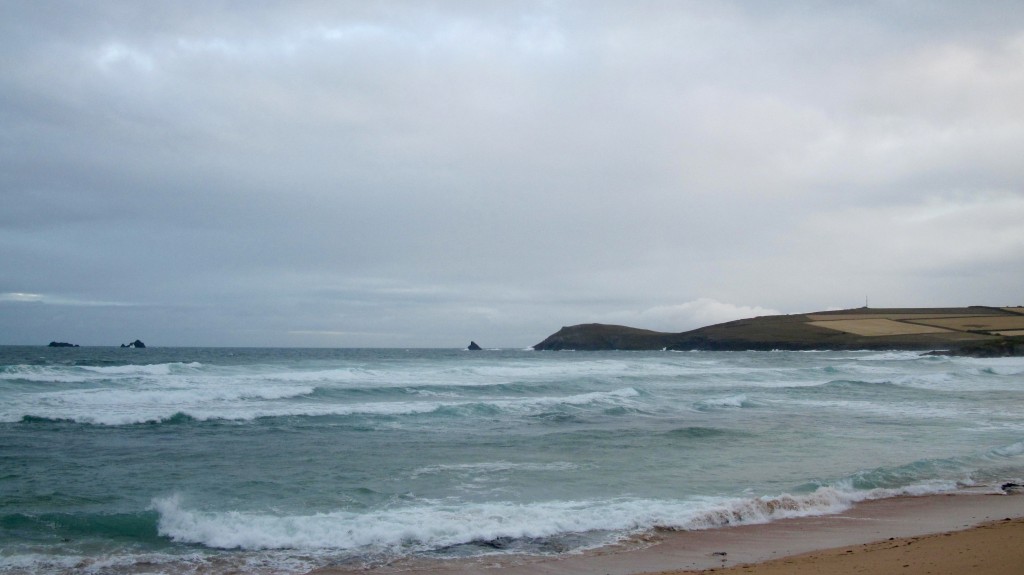 We seem to be back to Autumn again this morning, the wind blowing through from the south and west and bringing some thick and grey cloud along too.
But there is also that rolling swell bowling into the bay too with three to four feet plus of that onshore type of fairly shapeless stuff but with those churning peaks turning themselves inside out.
The swell should build throughout the day while the wind settles into that steady south westerly blow, pushing away most of the gloomy cloud cover by lunchtime (we hope!).
And these conditions should be ideal for Harlyn so let’s wander over and see if it’s big enough there yet…. 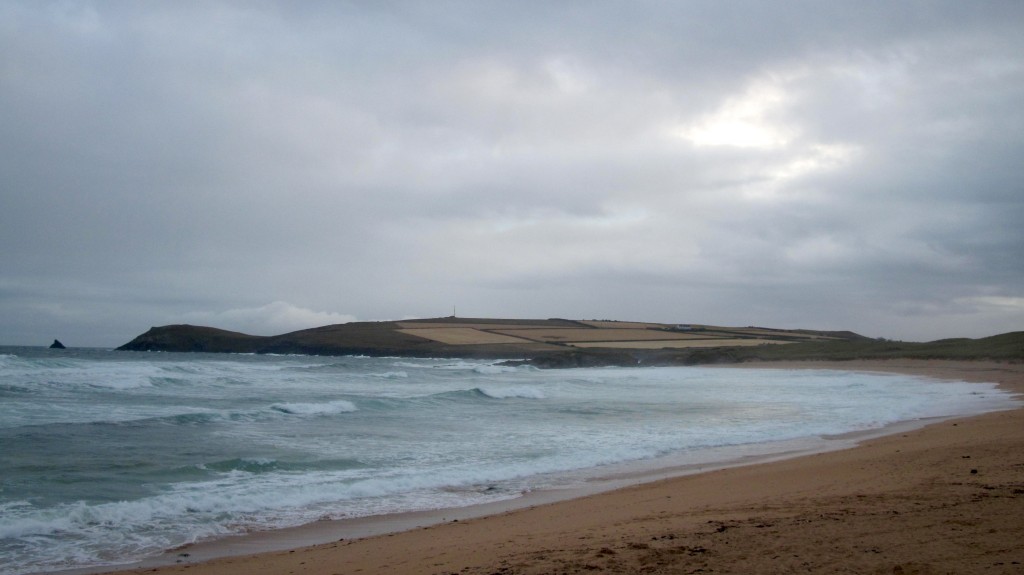 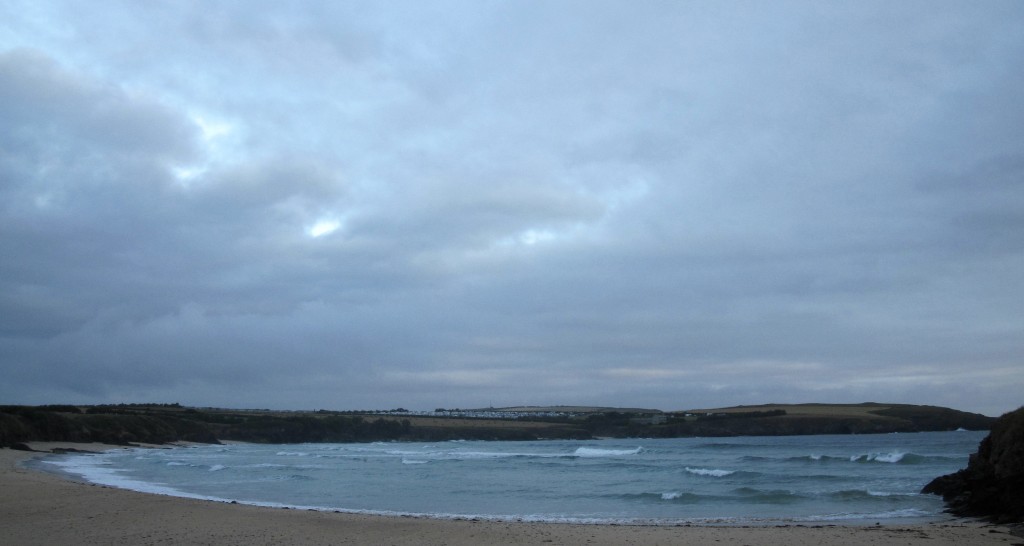 It’s looking promising here this morning with a couple of feet of offshore shaped surf reeling off the Rock.
The sets are a bit inconsistent so far, a little twitchy but with those occasional bigger set waves looking fun. I would imagine that we will be watching it build throughout the day here, starting out at the foot or two that it is now but ending up being a very decent three to four feet by this afternoon.
The wind is set to stay south westerly, offshore here and so it is all looking very promising indeed! 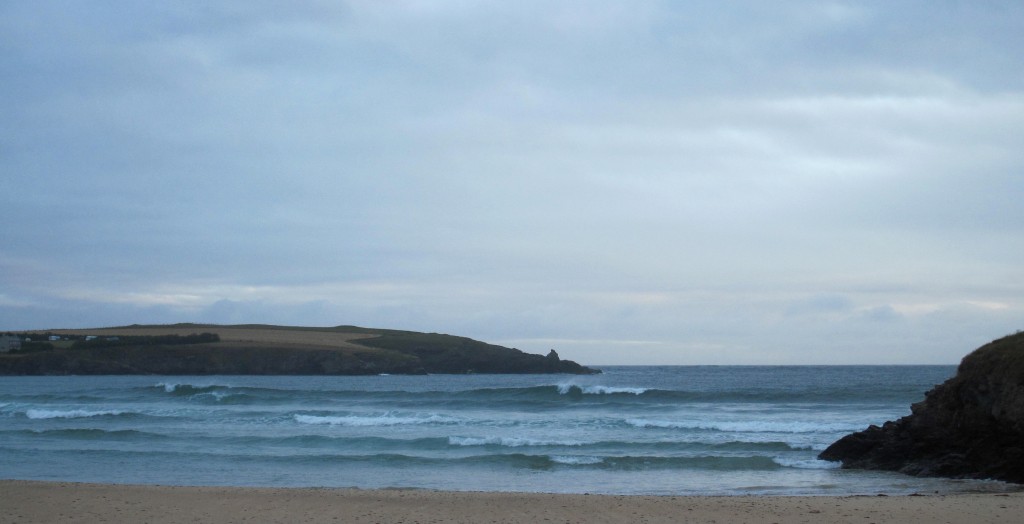 The surf is looking quite big today with a large, rolling swell approaching across the Atlantic, a long travelled and powerful, mid-teens wave-period kind of swell with a fresh south westerly pushing from behind.
Harlyn is the place to be locally and the surf is likely to be solid there too!
We can expect those sand-grinding and hollow, churning waves to be in the five foot plus size range, even at Harlyn.
So take it easy out there if you’re just visiting, there are probably going to be a few poundings on offer to the unaware!

Onshore winds are set to start the week off again, blowing in fresh from the South West pushing a building swell our way through Monday and into Tuesday, that swell maybe just nudging into the quite big range by Tuesday.
The weather is likely to be mixed but we should enjoy enough fine summer weather in amongst the more autumnal starts to the mornings to satisfy most.
Yep, Harlyn is likely to be the place to catch the best waves as we go into this August, the wind staying onshore at all our other breaks and making for a bit of a mess there, while continuing to blow offshore here.
Have a great week, wherever you are and whatever you’re doing!