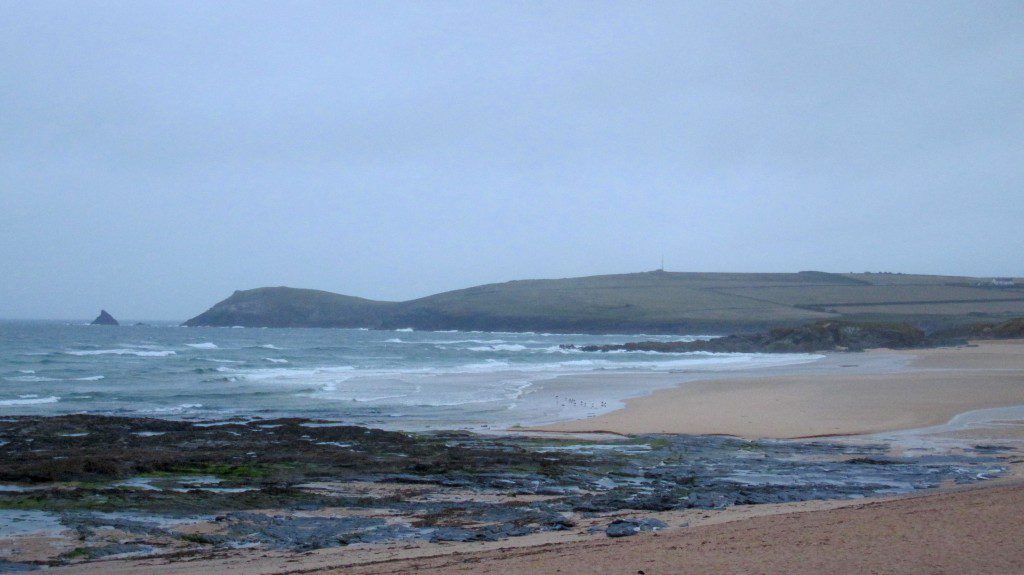 So, the weather forecasts were right!
A breezy, damp and dull kind of morning is kicking the week off as the weather systems revert back to normal, a re-boot to something more autumnal.
The surf is bit junky too with only a couple of feet or so of choppy and sloppy stuff rolling into the bay, all grey and uninviting. Give it a few hours though and there might be something bigger bumbling our way.
The wind is a steady south sou’ westerly, almost direct southerly. The force of that blow of last night has eased but it is still strong enough to make a mess of the small surf. If the surf does build then Harlyn could be fun later in this wind but I’m guessing that it’s flat just yet.
Let’s have a wander over for a look-see ……… 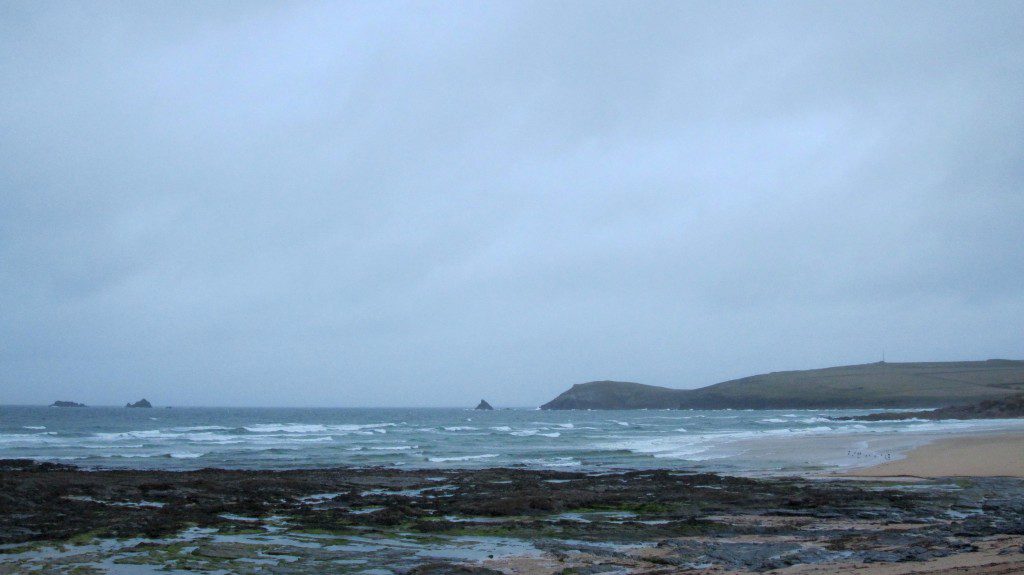 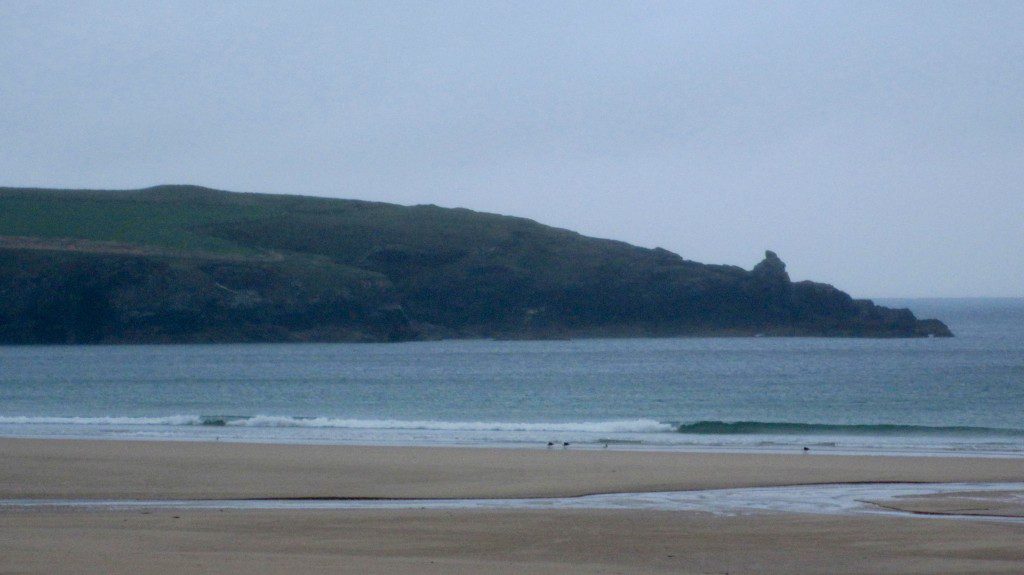 The wind is straight offshore here this morning, grooming and smoothing that silver-grey sea but there are no waves to ride.
It is absolutely flat right now.
But give it a couple of hours and we might just see an increase in size. If that does happen then it should be good here but it will have to build a lot! 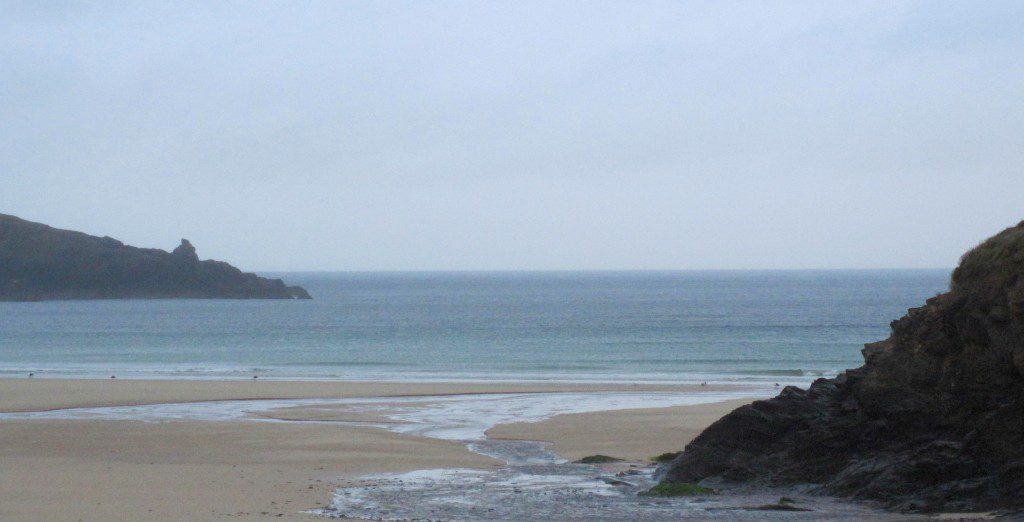 A couple to three feet of sloppy and bouncy surf is to be expected today, the wind blowing steadily from the west, veering from north west to south west and back again. Bringing with it some short, sharp showers but allowing some sunny spells too.
But fairly small and onshore surf is about the best that we can expect and that’s likely to be the way of it for a couple of days yet!

We should start to see some wave action as this week kicks off in a more normal autumnal manner.
The wind is likely to be blowing steadily from the south through Monday, helping to push in a short-lived but funky three foot swell though the morning, dropping to only a couple of feet by early afternoon. There might be enough to stir Harlyn into some small wave action towards high tide, which would be cleaner and smoother if it happens, otherwise it’s going to be a bumpier ride at the main breaks.
By Tuesday we will be seeing a more westerly wind blowing in and pushing that swell back up from three to four feet to five or six by evening time. But that same wind could be messing things up by then as well.
By midweek things will have settled into a bit of a three foot and sloppy routine, a fresh westerly wind blowing through rainclouds as it pushes and tugs at the pulsing swell.
And then the wind should back to south easterly for the rest of the week, offshore at all of our breaks. But that is a little too far away to be completely accurate!
In the meantime we should have waves at last and they should be fun waves at that!
Have a great week, wherever you are and whatever you’re doing!