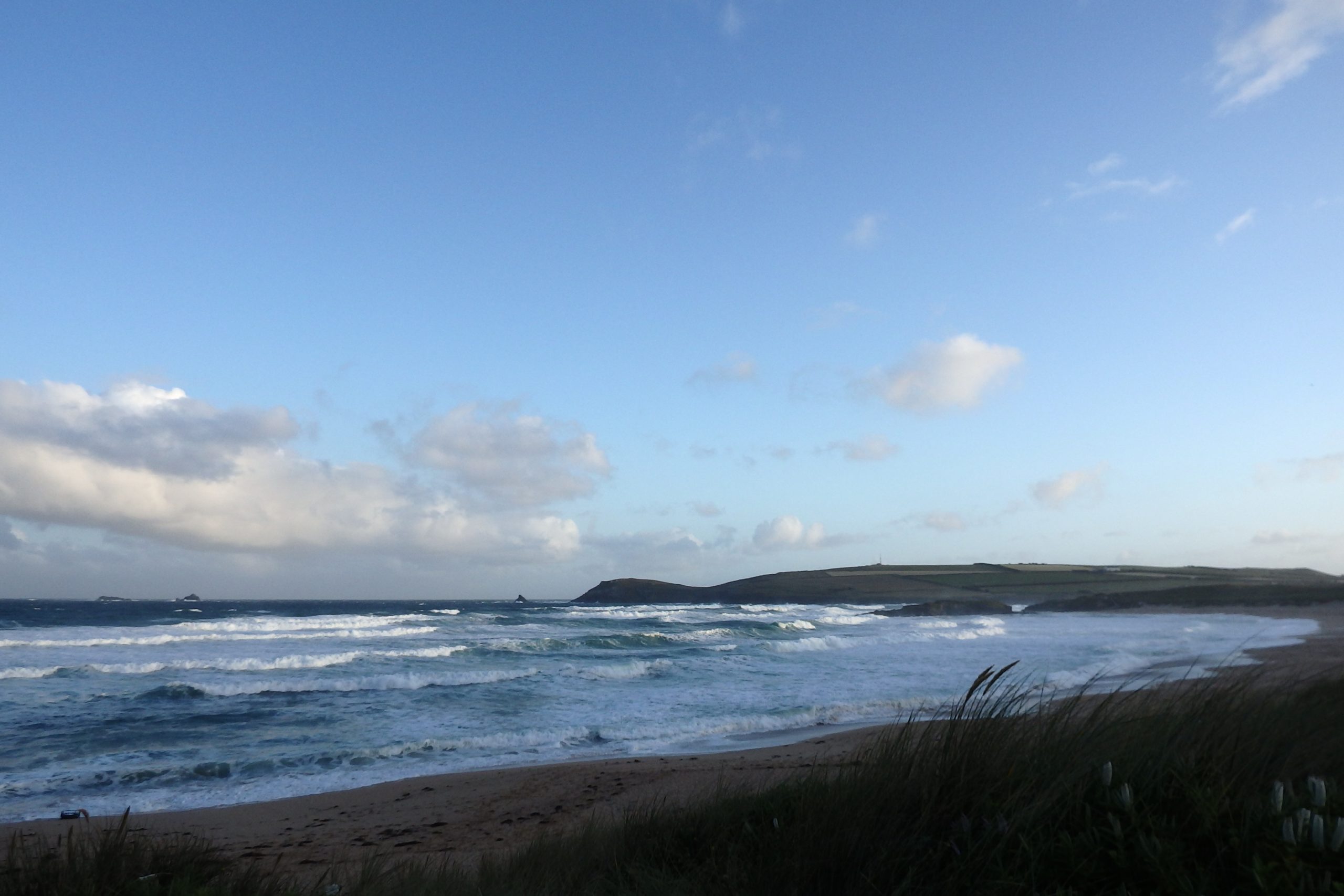 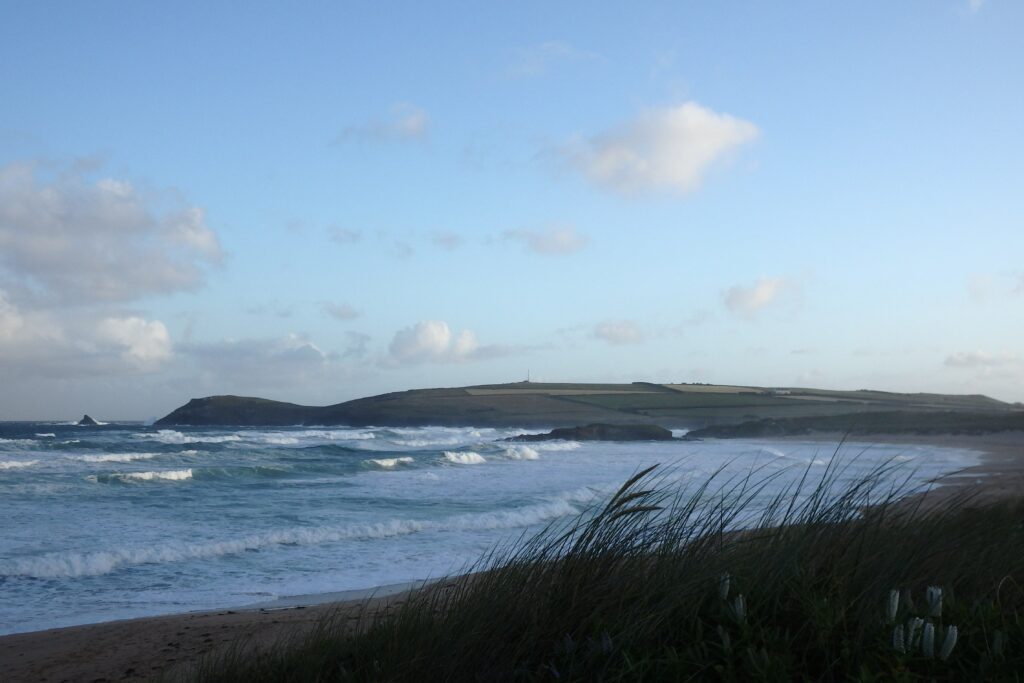 A chilly nor’ westerly wind is screeching down the coast this morning, barging those big bundles of cloud stacks out of the way while shaking the marram and rocking the hedges.
The surf is a grey and wintery looking mess of mixed up and wild waves, bouncing over the Quies as they march into the bay. It’s dark and chilly and uninviting out there right now but that should calm through midday to leave a bright and pleasant afternoon, even if it does feel a bit chilly. 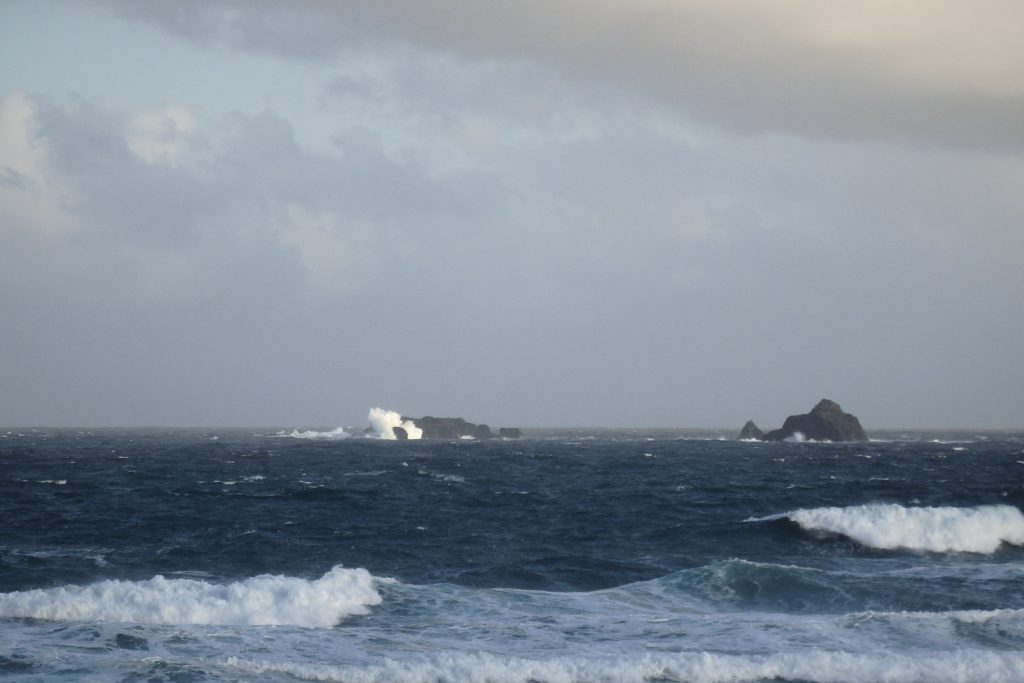 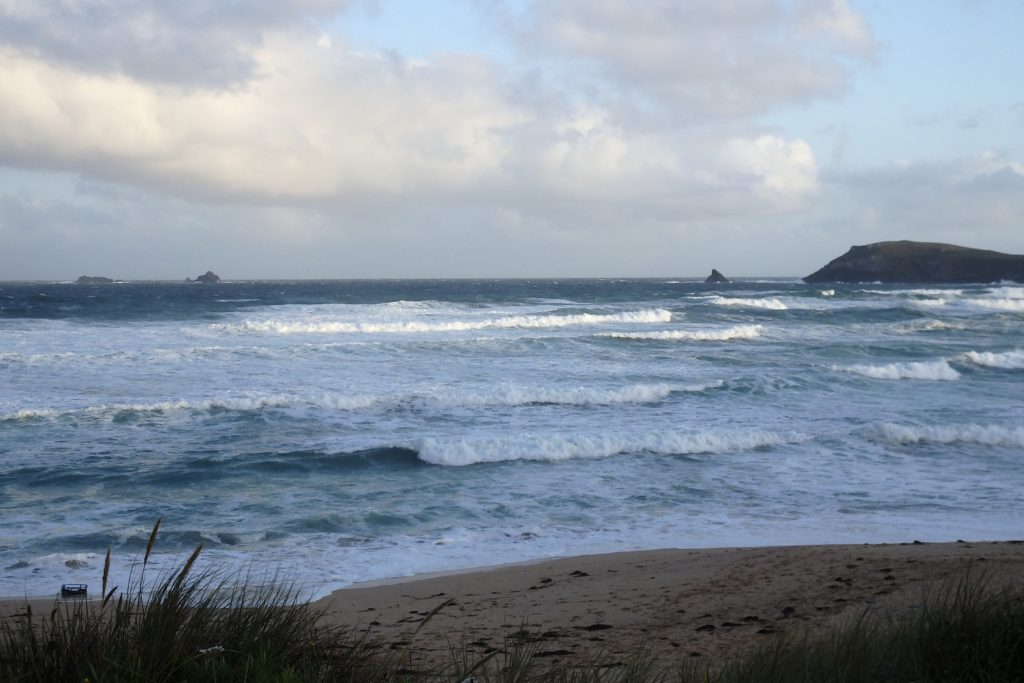 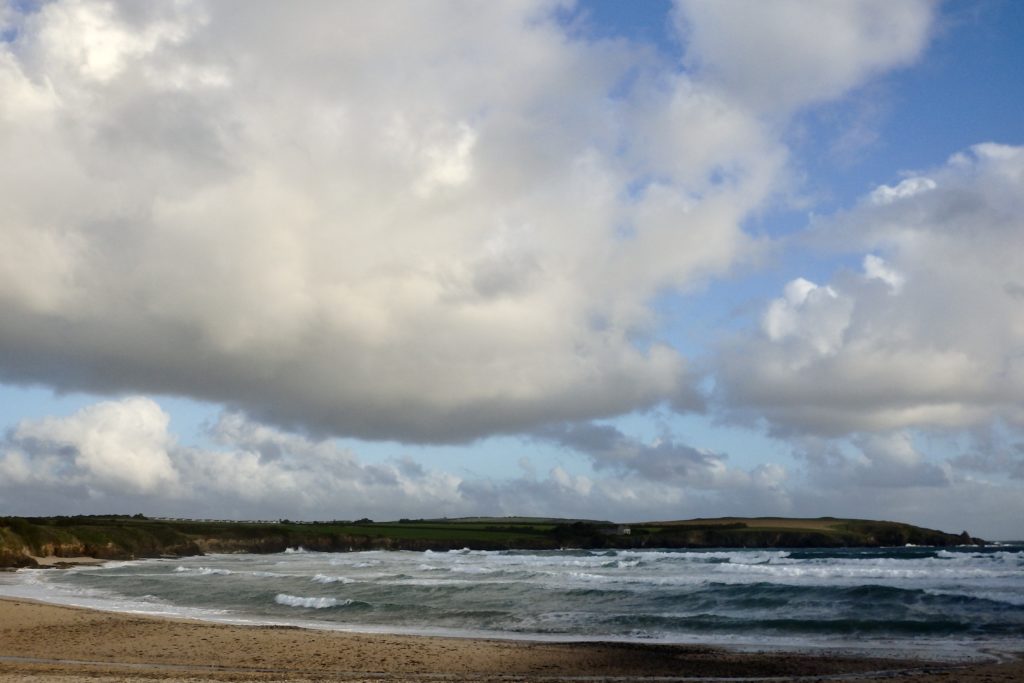 The wind is roaring into Harlyn today, a brisk nor’ westerly tossing and turning three to four feet of shapeless and ragged surf.
The gaps between the squalls are bright, those clear streaks stretching themselves as the clouds are flung aside. We should be enjoying something calmer and brighter and more relaxing soon enough making this afternoon’s tidal push that bit more inviting, maybe. 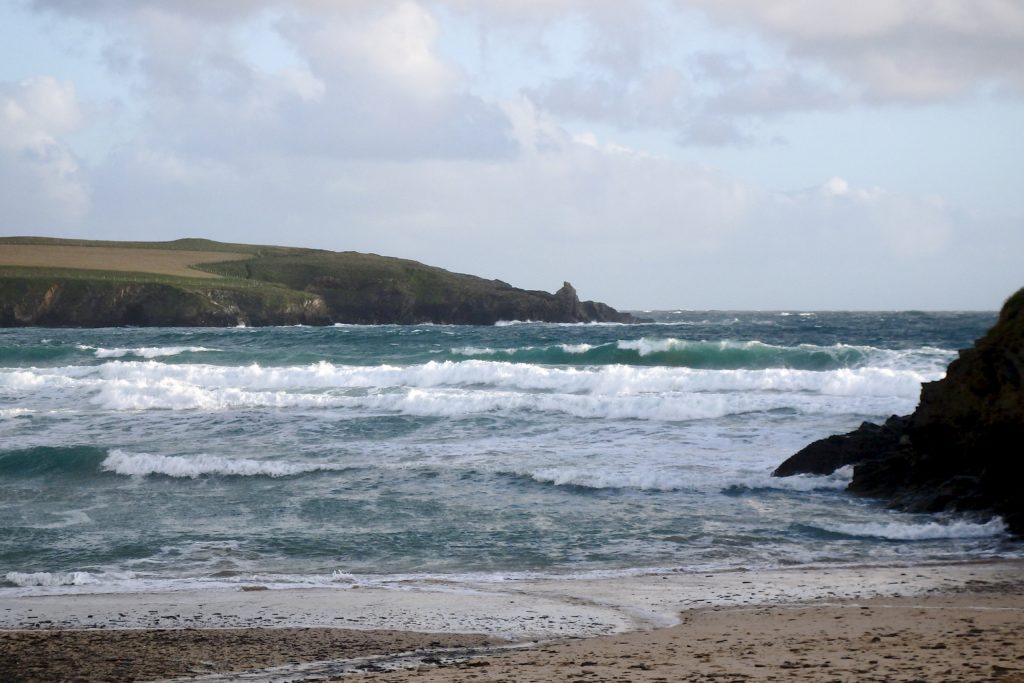 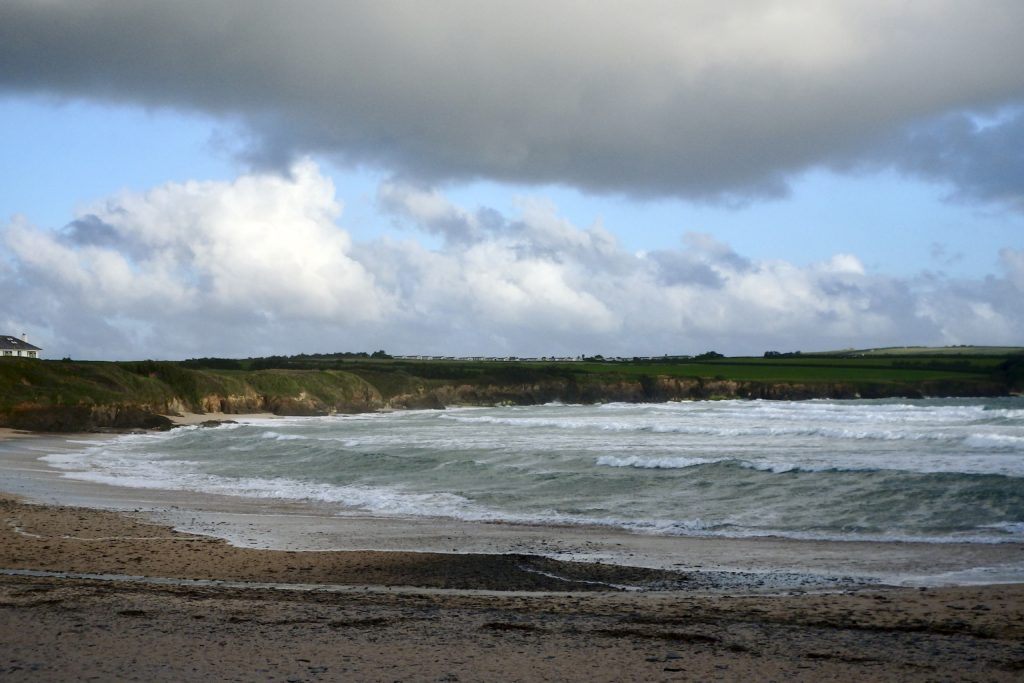 The wind is likely to have calmed today, it’s still likely to be a steady blow but now more from the south west, at least allowing Harlyn a chance to shine.
I’m guessing that we should be lolling about in two to three feet of fun little surf at Harlyn for most of the day.

Those north westerly winds at the start of the week should ease back quite quickly backing more south westerly through Tuesday before calming to a northerly breeze through midweek.
So we are looking at another mixed week of mainly tatty and raggedy surf bumbling along the coastline in the three to four foot size range.
There should be plenty of waves to attract everyone in but it’s unlikely that we will see much quality surf this week.
Midweek promises to have the most relaxing weather with plenty of sunshine, even if it does feel a little chilly in the breeze. But, again, the surf is likely to be a bit sloppy.
Stay safe, stay happy, stay well and have a great week, wherever you are and whatever you’re doing!