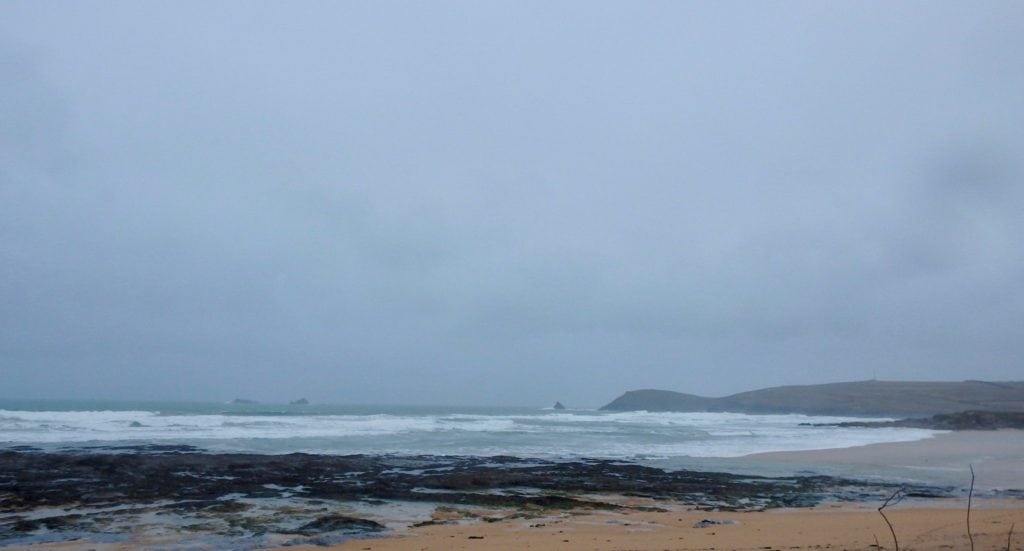 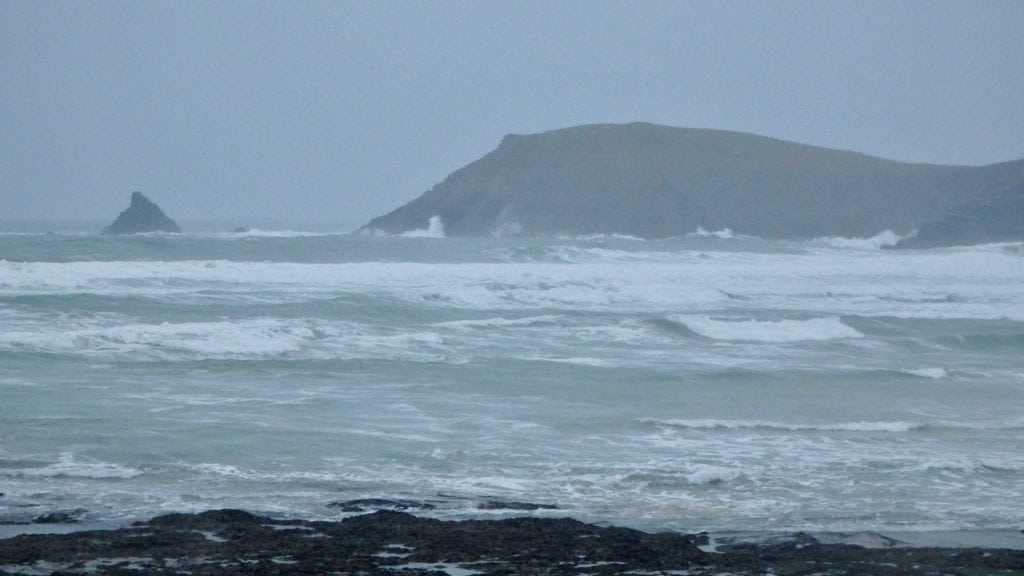 Torrential rain is washing down the beachfront this morning, fast flowing rivulets tracking down the paths under a grey blanket of wet.
It is a gloomy view out there but it is calmer than yesterday’s hard blow, a steady west north westerly wind buffeting across the wave tops.
The surf is junk again, big and lumping six to eight foot waves toppling and turning their way to the beach but with no clear direction to them. It looks like we are in for another week of choppy and sloppy, wintery surf again this week! 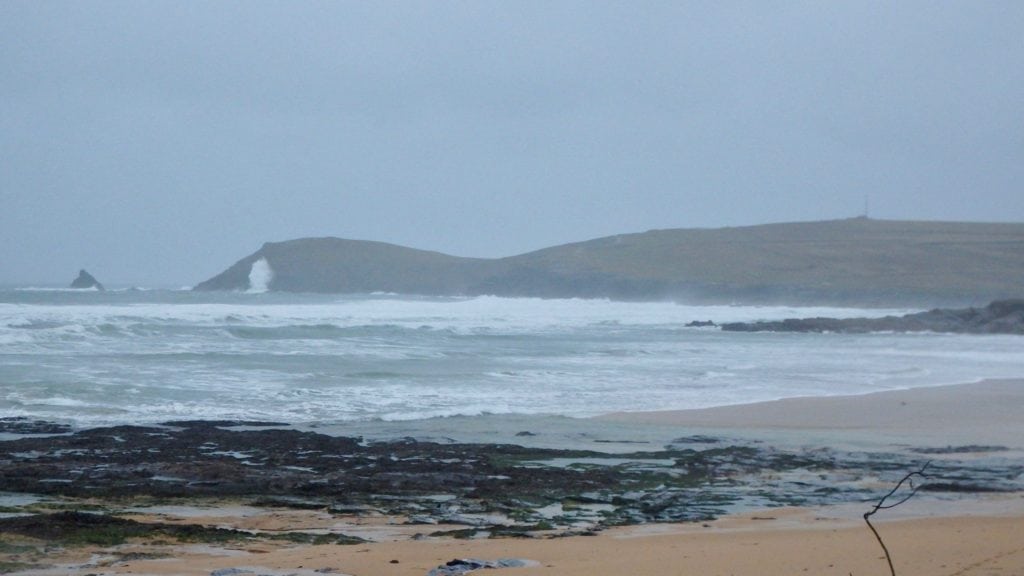 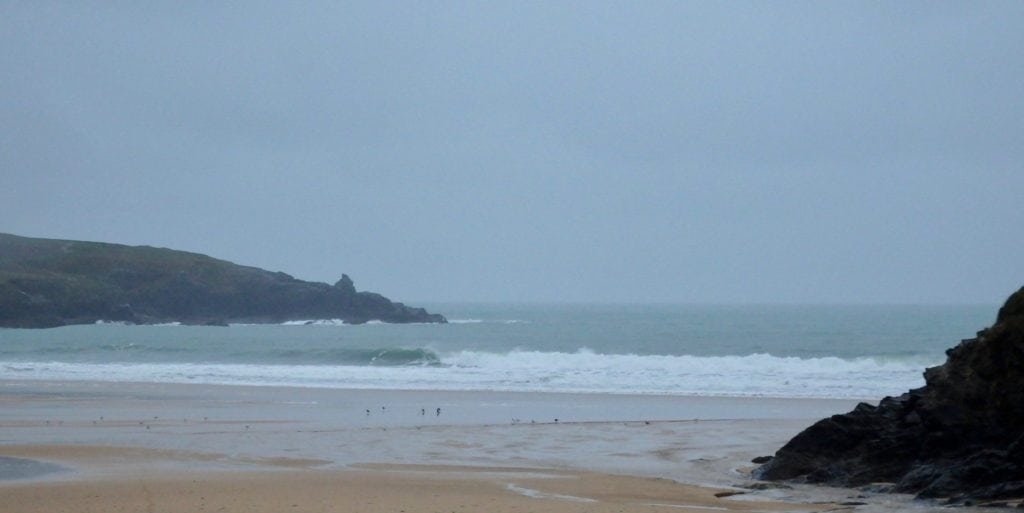 Four fete and more of dark and broody washed out surf is collapsing to the beach under the still strong gusts of that west north westerly wind.
It’s a wet and windy morning filled with the roar of that roaring but lumpy and haphazard surf.
South coast anyone? 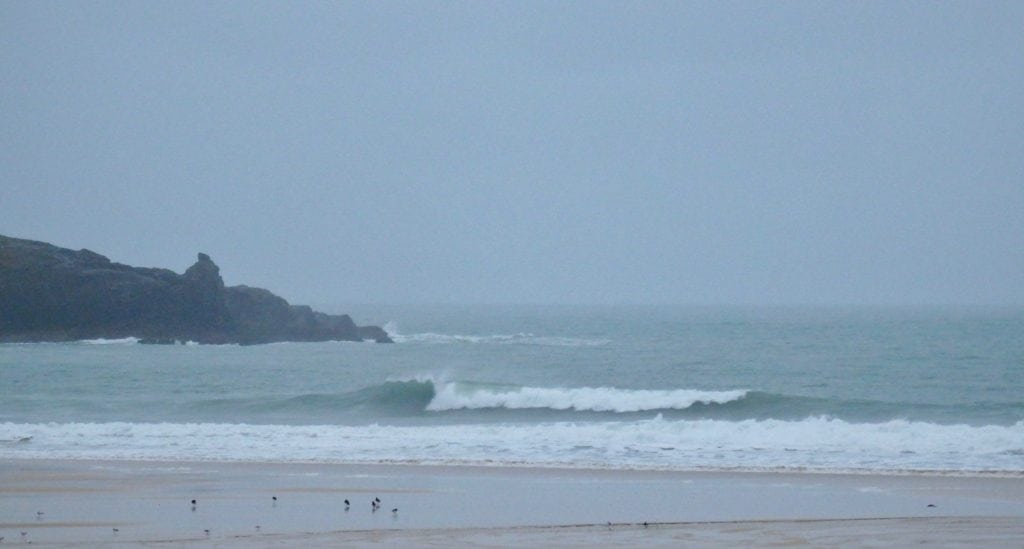 We might just see some cleaner surf for a moment this morning!
Maybe.
The wind should have calmed down overnight, slipping to the south through midmorning and maybe just nudging south easterly for a moment later. So, in theory, we might just get a couple of hours of offshore shaped, low tide surf.
The size should have settled too, those waves probably being more in the four to five feet range than the bigger stuff of the weekend.
But you are going to have to be on it to get the best out of it – that wind is likely to be blowing back fresh onshore by mid afternoon!

Another windswept and stormy week is ready to batter our coast again this week.
It should all start out just a little calmer after the weekend’s blast-through but the wind will still be gusty, still onshore and still strong enough to make a mess of those big waves at pretty much all of the surf breaks along this coast.
Tuesday morning might just see a calmer period and, if we are luckier than lucky, there might even be a period of light offshores through midmorning!
I think it might need more for longer to manage to improve the surf conditions but there is a small chance of something better for an hour or two!
Otherwise we can enjoy another windy week filled with onshore slopped and chopped, mainly out of control surf!
Have a great week, wherever you are and whatever you’re doing!