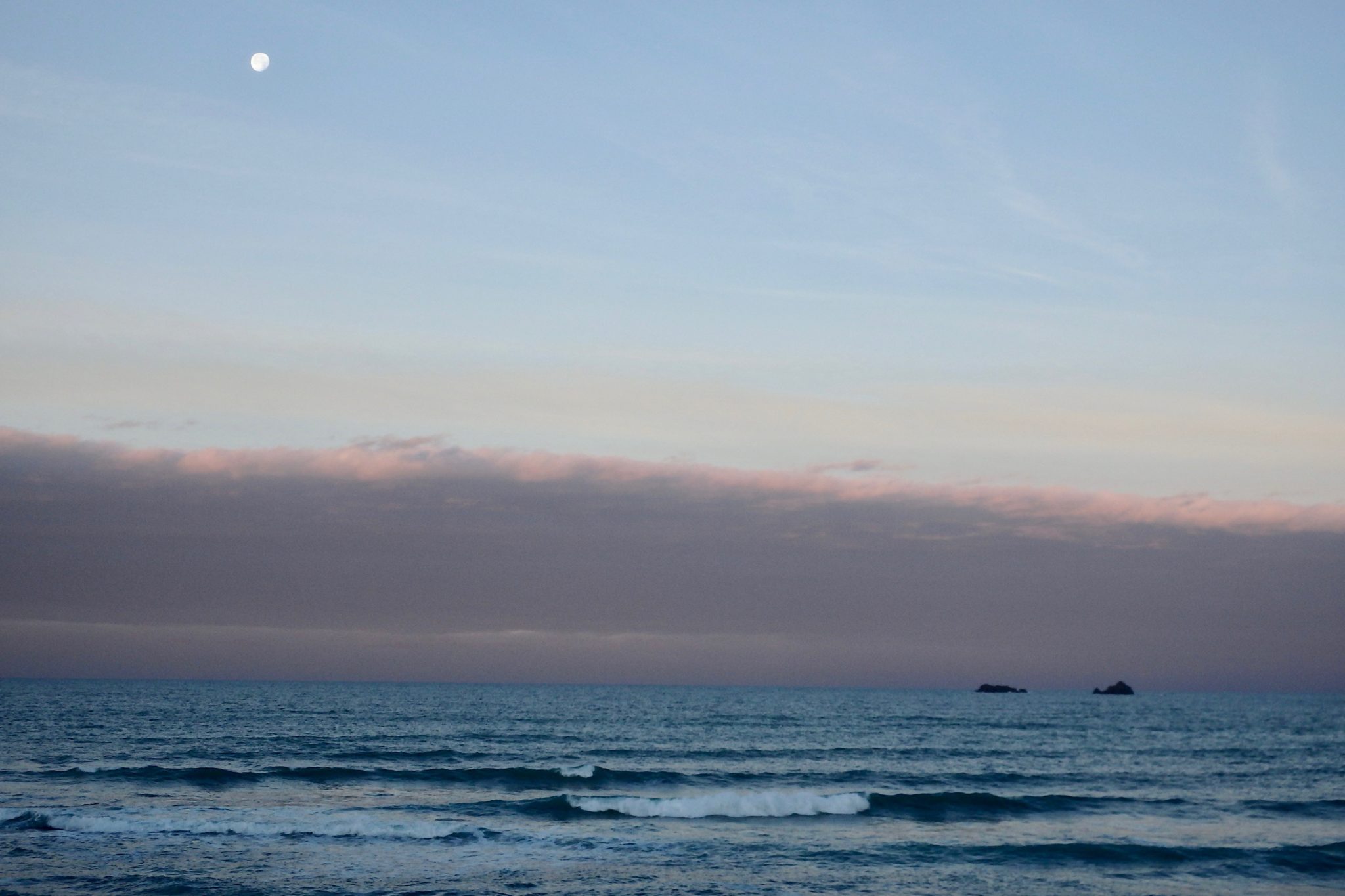 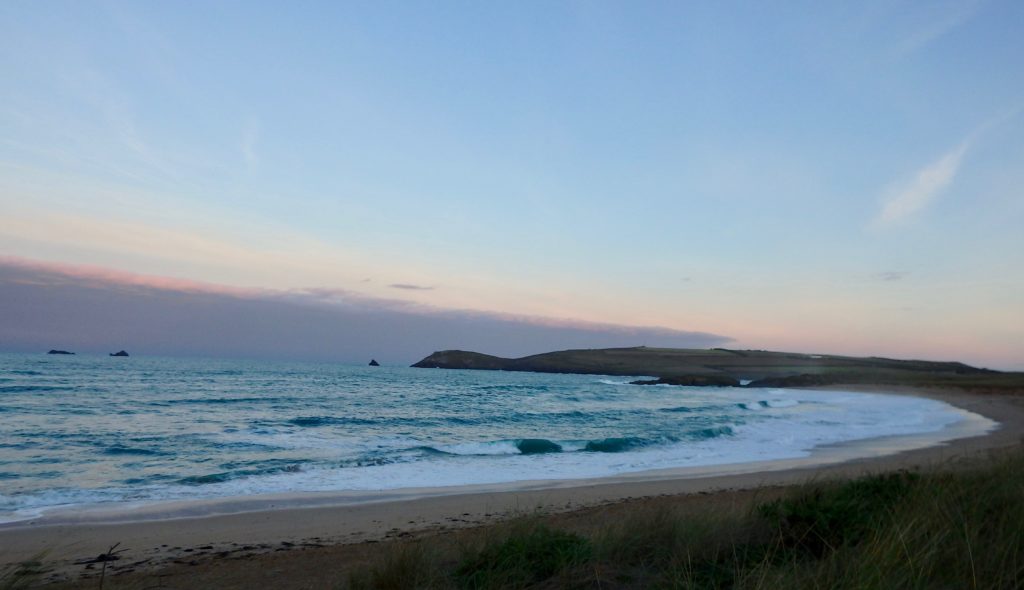 It’s a bright enough and calm enough morning with clear blue skies above us but a wall of darkness out in the Atlantic!
That should move off the other way though courtesy of the light sou’ westerly breeze that is crumbling the three feet or so of otherwise fairly nicely lined up surf that is casually wandering into the bay. It is way more inviting than yesterday’s effort anyway.
The wind is forecast to strengthen though but as it does it should push more swell our way.
Harlyn later? Maybe this evening. 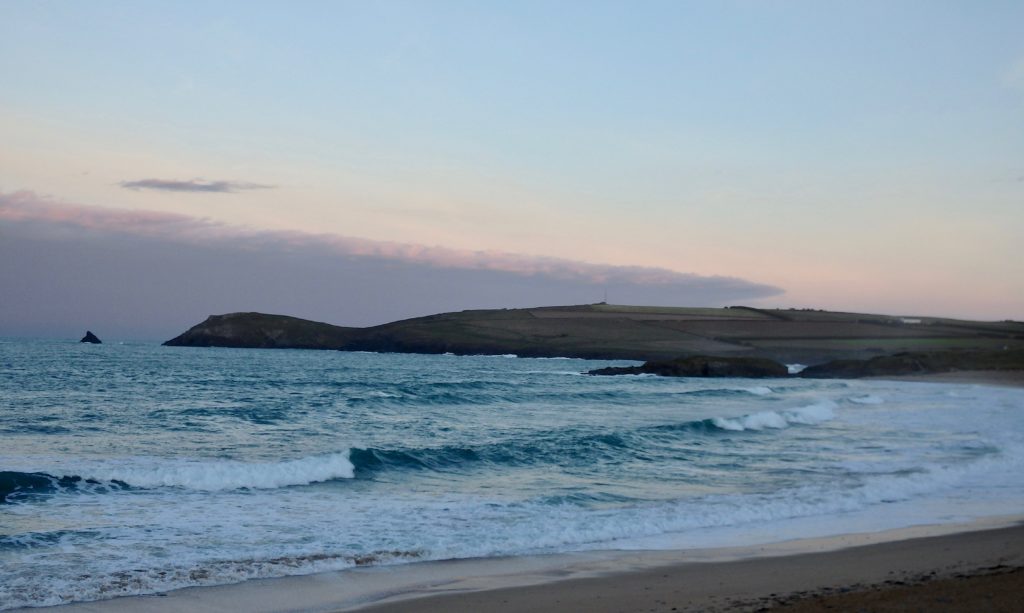 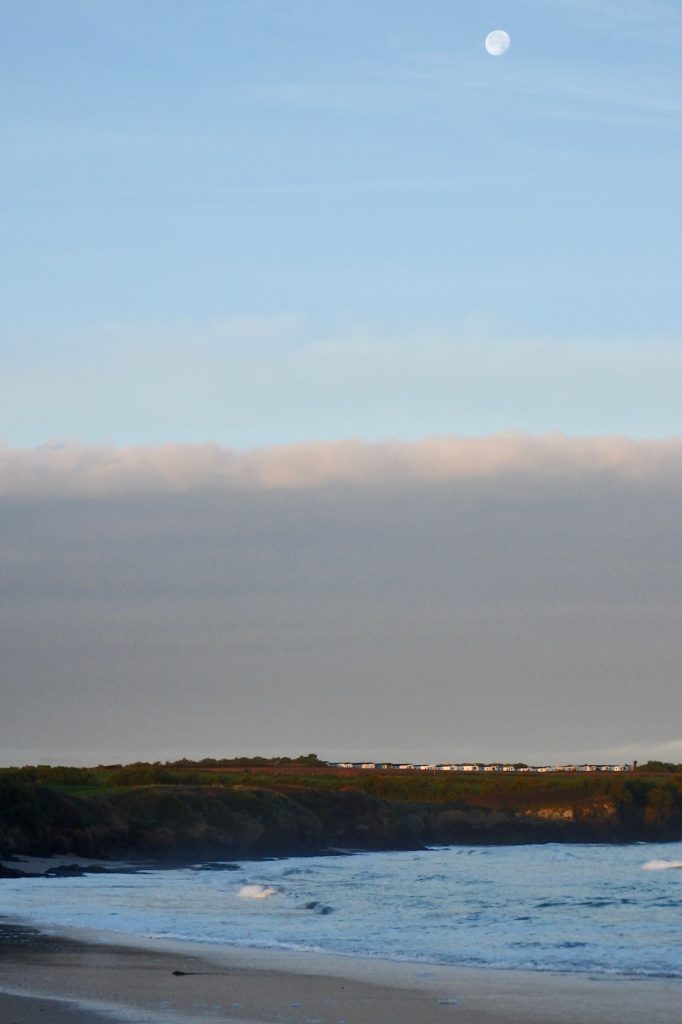 A foot or two of not quite certain little wavse are wandering into the bay here this morning, that pre-high tide shuffle making some of the look better than they are while tripping others too early.
This afternoon’s tide might show something better but it will be a dance before darkness to time it right! 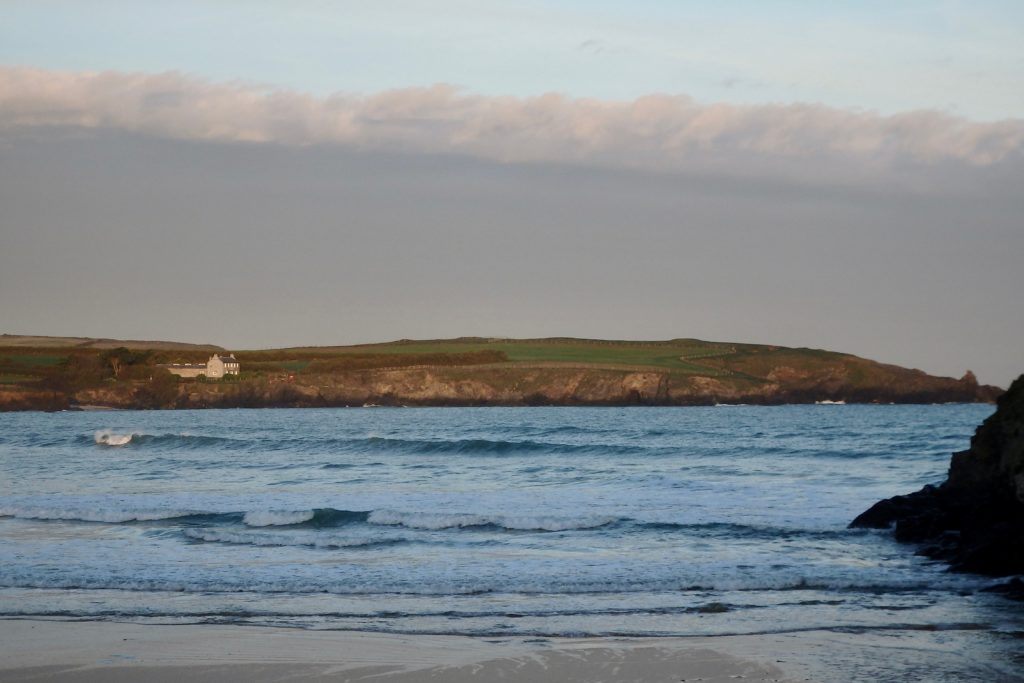 Ah, just as a new swell starts rolling our way that wind swings to the north west, onshore, cold and of no use to anyone.
Four to six feet of broken and battered, wind tattered swell is likely to be fumbling and tumbling our way but without much shape or direction.
The south coast could be tempting if enough swell is getting around there?