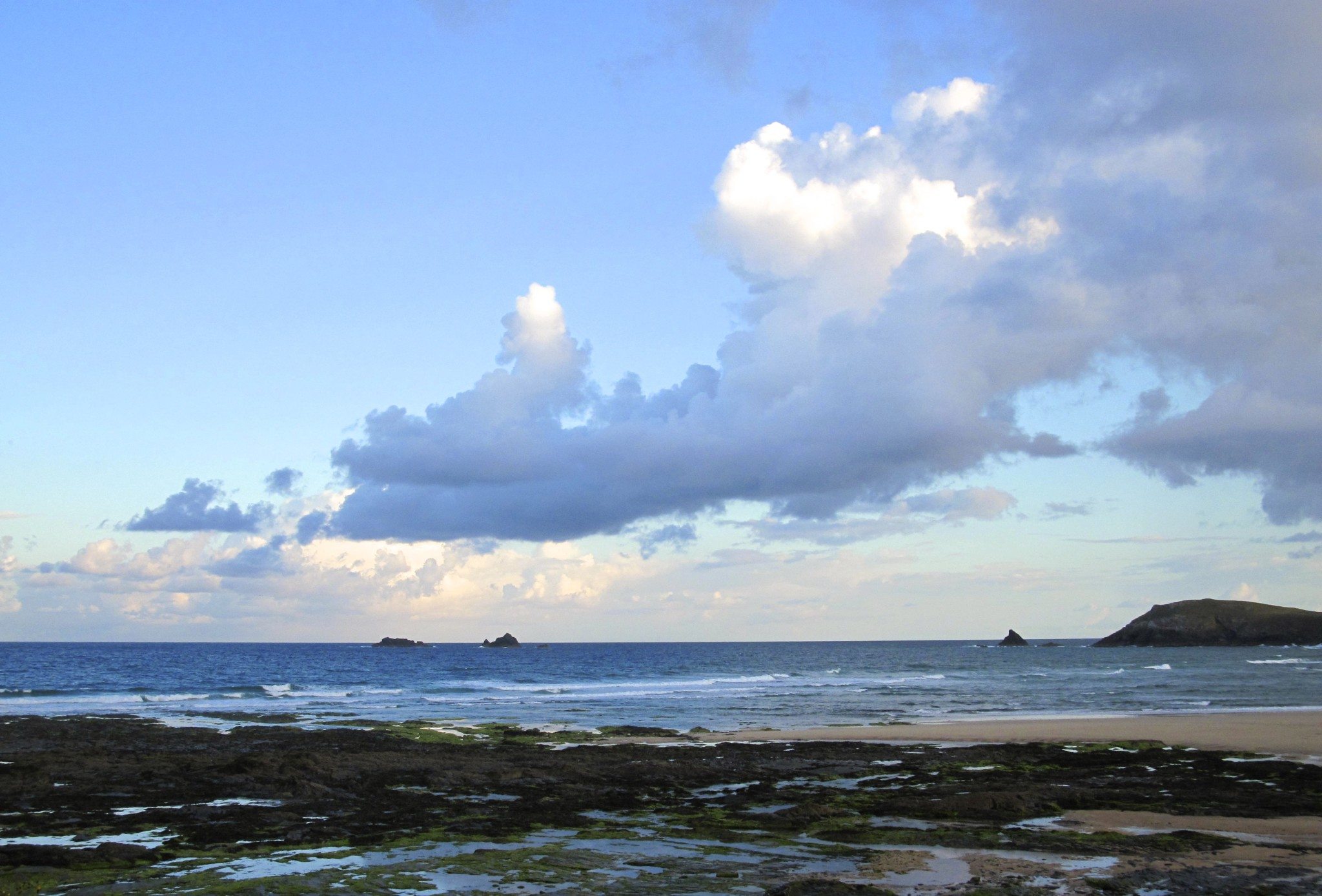 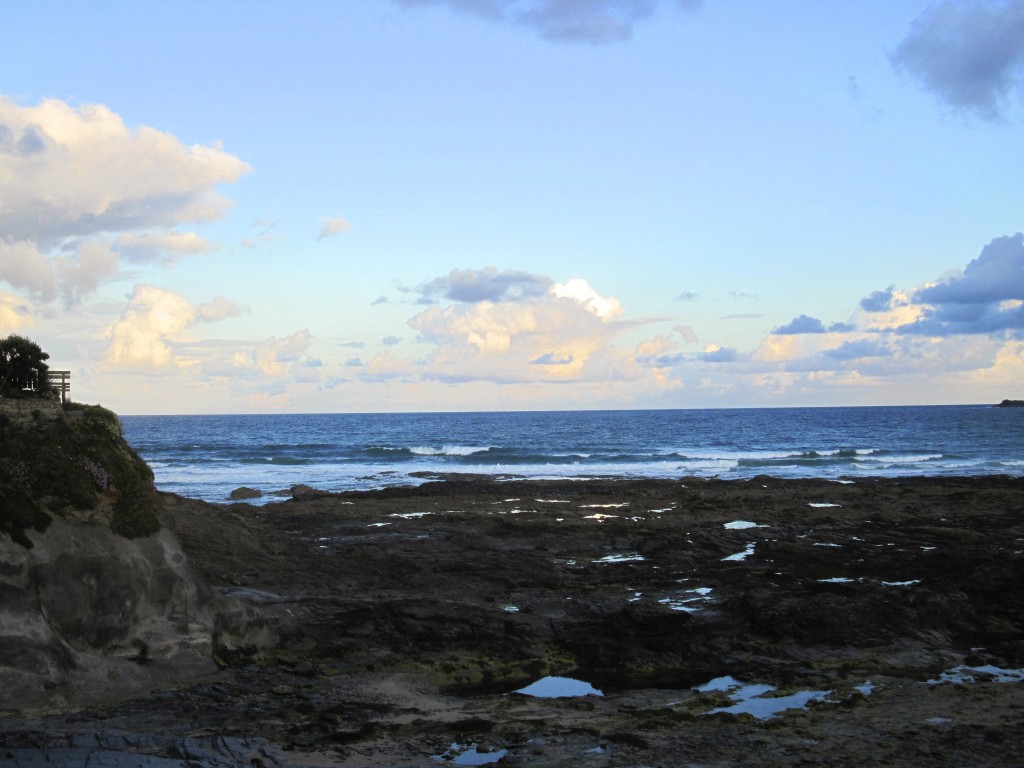 Another brighter and more pleasant day than has been forecast is with us, the blue sea surf rolling in under a patchwork sky, the wind light and the sun bright. Well, bright enough.
The surf is a mixed up muddle still, a bouncy and sloppy mix of mainly three foot windswell. If there was a proper swell, a groundswell, then it would probably be quite good but all that we have again is more of that quite localised and mixed up and relatively weak swell.
It is very surfable and some of those bumpy sets are going to be bigger than the others, especially as the tide rises but it’s not great.
That light wind is westerly right now, forecast to ease more to the south west as we go along. That should keep the waves rolling our way and at least give some ramps for the young ‘uns to launch off!
The rest of us can just bounce along as usual! 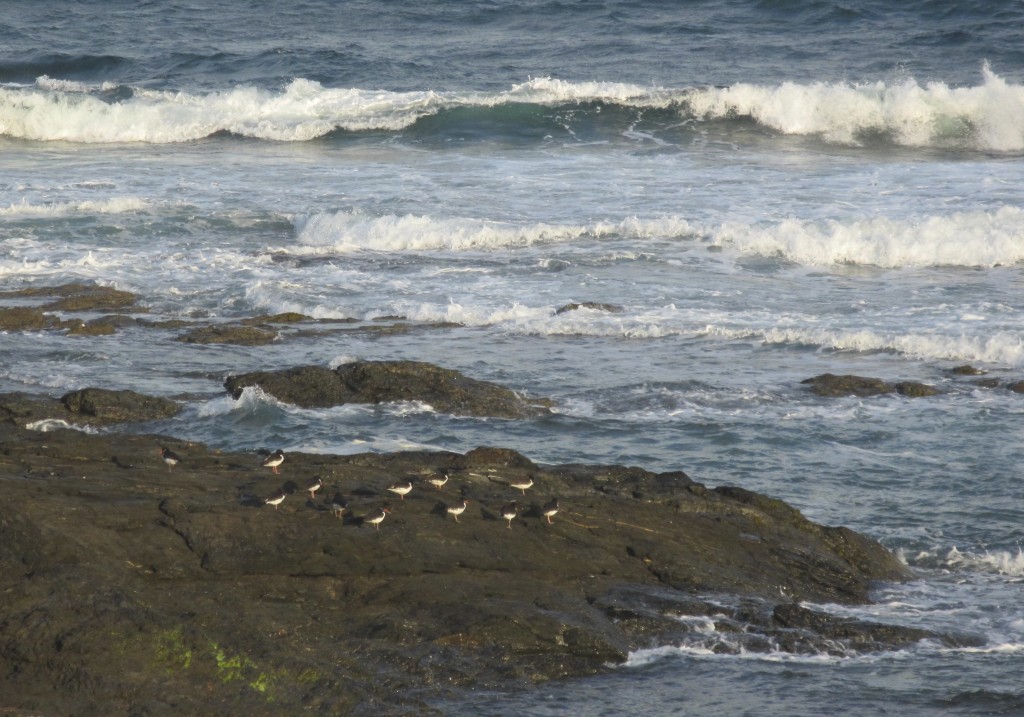 The surf is small around here this morning again and with that wind breezing in from the west, even though it is only light, it’s not that clean either.
One foot waves are crashing ashore, a little on top of each other and a little close to the shore at low tide.
It should improve but it’s probably not going to reach much more than a foot or maybe just a bit bigger.
The forecasts are predicting the wind to slip more south westerly which will have more of a cleaning effect on the waves but that might not be until lunchtime, probably just as the tide starts to drop!

A bright and sunny day awaits with only light winds but those light winds are going to be blowing in from the north west.
That is onshore at all of our local surf breaks.
But there should be a couple of feet of swell, more localised swell again but surfable and fun on a bright and sunny day!
So don’t expect roaring perfection but we should be able to enjoy a fun little session or two though out the day.