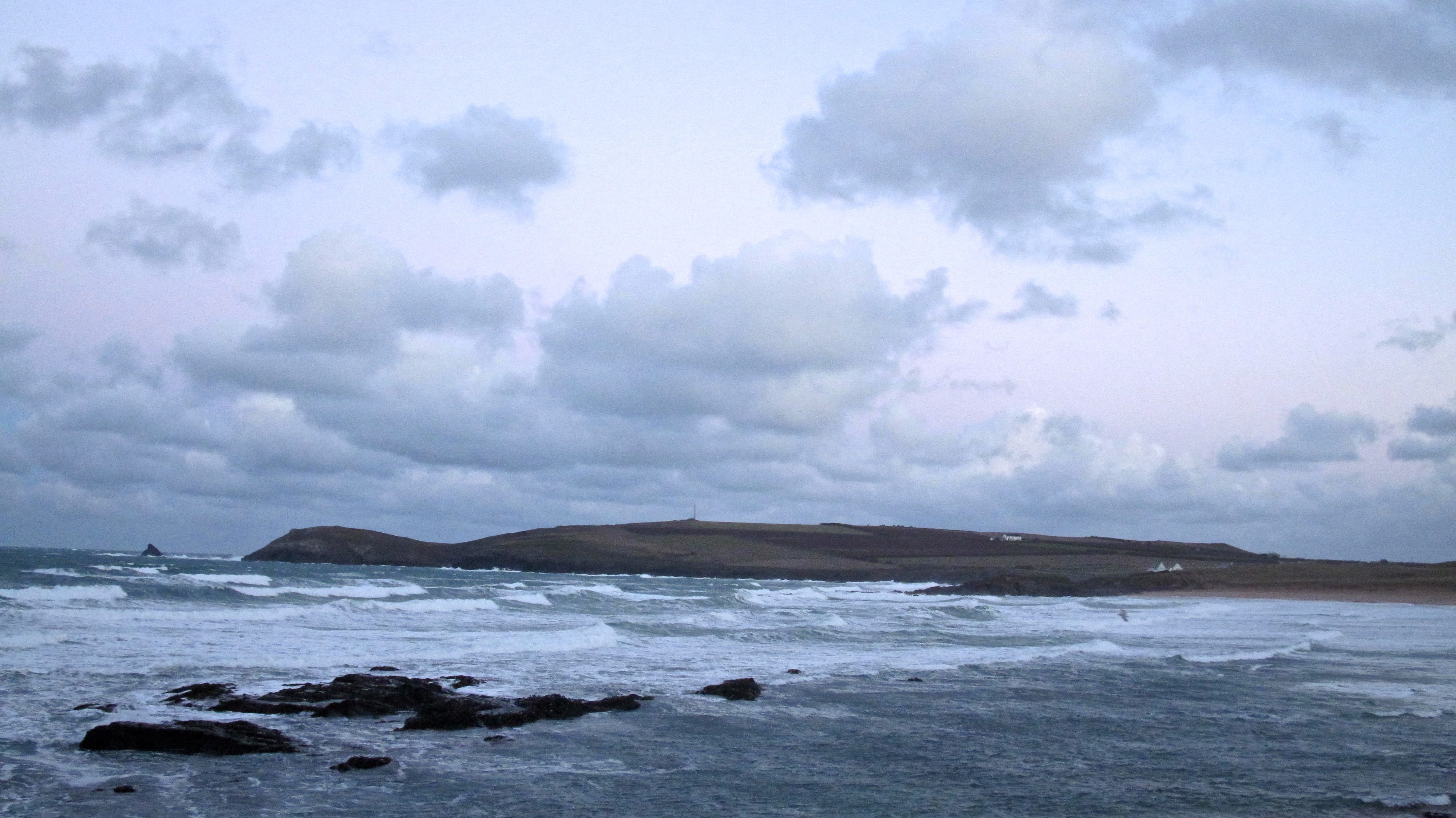 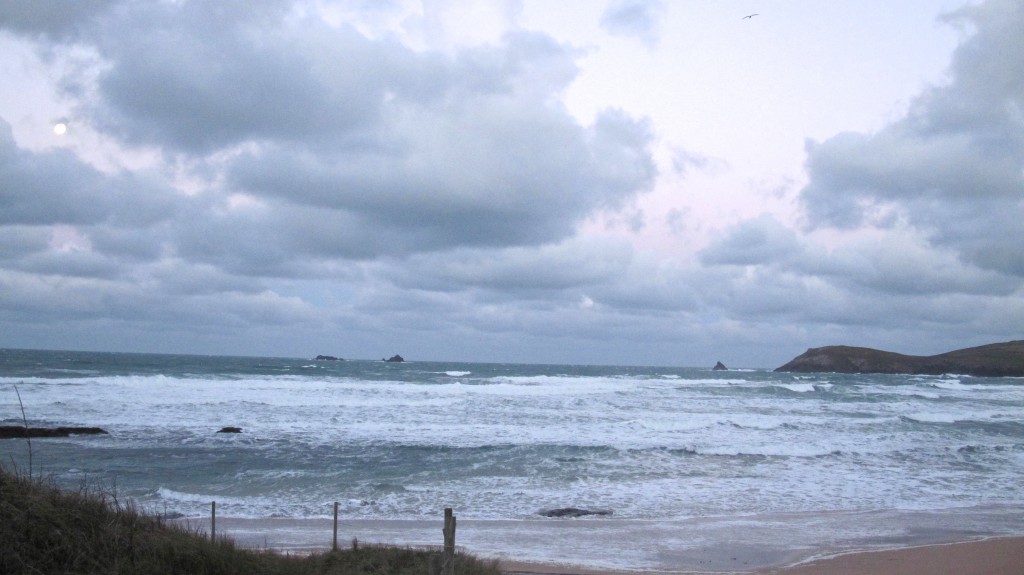 The wind is rattling the hedgerows this morning, a cold and uncomfortable north westerly blow tugging and pushing at the clouds and waves.
But the sky is putting on a show too, those huge cloud banks are laced in Pink and backed by Blue with that fat full moon smiling from above the Quies. But other than that, it’s cold and threatening, darker clouds just over there, ready to unload a whole heap of rain.
The surf is a raggedy and blown out mess this morning, four or five feet, maybe bigger but it doesn’t matter, it’s such a mess that you’re not going to want to go out there, not today.
The far coast will probably have something going on, it could actually be really good. There’s plenty of swell to get around there and this wind will be a lot kinder to it. Get the maps out! 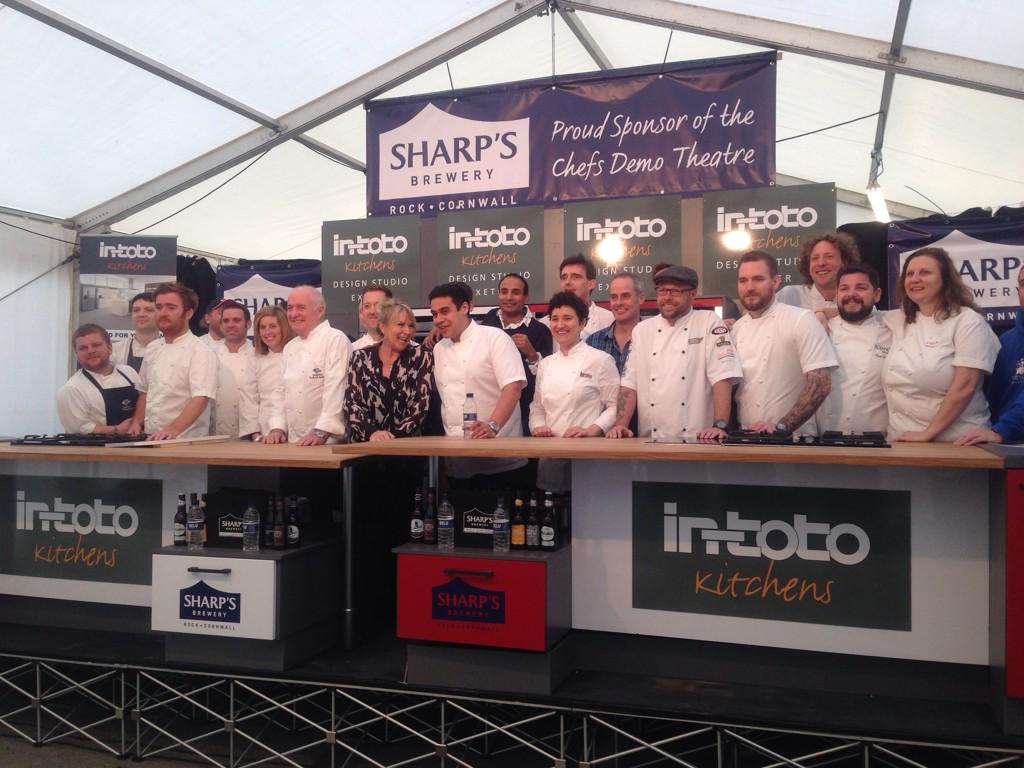 There were more celebrity chefs than you could shake a celery stick at in Padstow for the Christmas Festival this weekend!
Full English Brekky anyone?
Pic: Radio Cornwall (Daphne Skinnard)

There’s a blown out mess of surf around here today too!
Three or four feet of mixed up junk surf is washing around the bay with no direction or focus to any of it. There than that, it’s cold and windswept place to be this morning but no less beautiful for that, especially with that huge moon looking to settle!

Ah, that wind looks like it might just actually back gradually around to the south west during the morning.
With a booming swell just starting to show itself through the afternoon along with the evening spring high tide, Harlyn could just start to flex its muscles.
It could just get board-snappingly good out there by the afternoon! 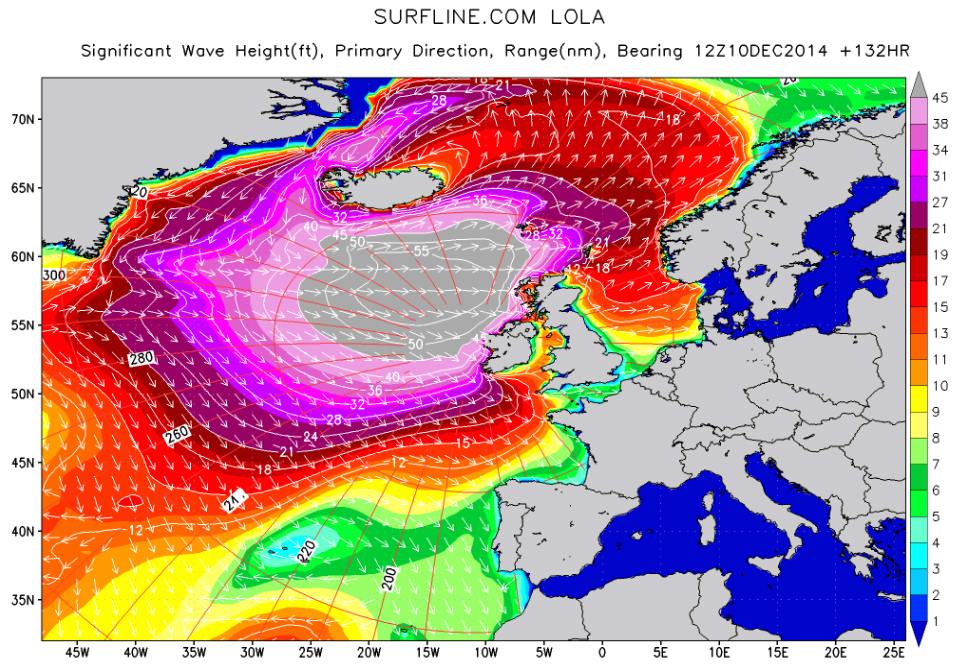 A stormy week lies ahead!
There’s a deep, deep low motoring across the north atlantic, full of wind and water and aiming pretty much our way.
So, the week should start out as one of those fairly typical winter ones with north westerly winds destroying the five to six feet of close-fetch and mixed up surf while bringing along plenty of rain.
By Tuesday that wind should start to ease gradually to the south west, a much kinder direction for our sheltered surf breaks. Harlan is likely to start to shine by the afternoon with some big and draining sandblasters starting to growl through.
But as we go into the middle of the week then the swells from that big and deep depression out there should start to reach us.
By Wednesday it should be booming through, double digits in size and double digits in wave-period too. You’re going to have to search out super sheltered spots to be in with any chance of a surf and even then, take it easy – it is going to be BIG!
The south coast is the obvious place to take a little look at. There should be plenty of swell getting around there so it will be just a case of finding the right break to be working in these conditions.
I’m taking a flight out to a hopefully surf washed lump of rock somewhere in the Atlantic (if it’s not too windy to fly!) midweek, so there will be no surf report for a week or so from Tuesday but it’s going to be too big and too windy here for most of the week anyway, easing back through the weekend and into next week.
Have a great week, wherever you are and whatever you’re doing!