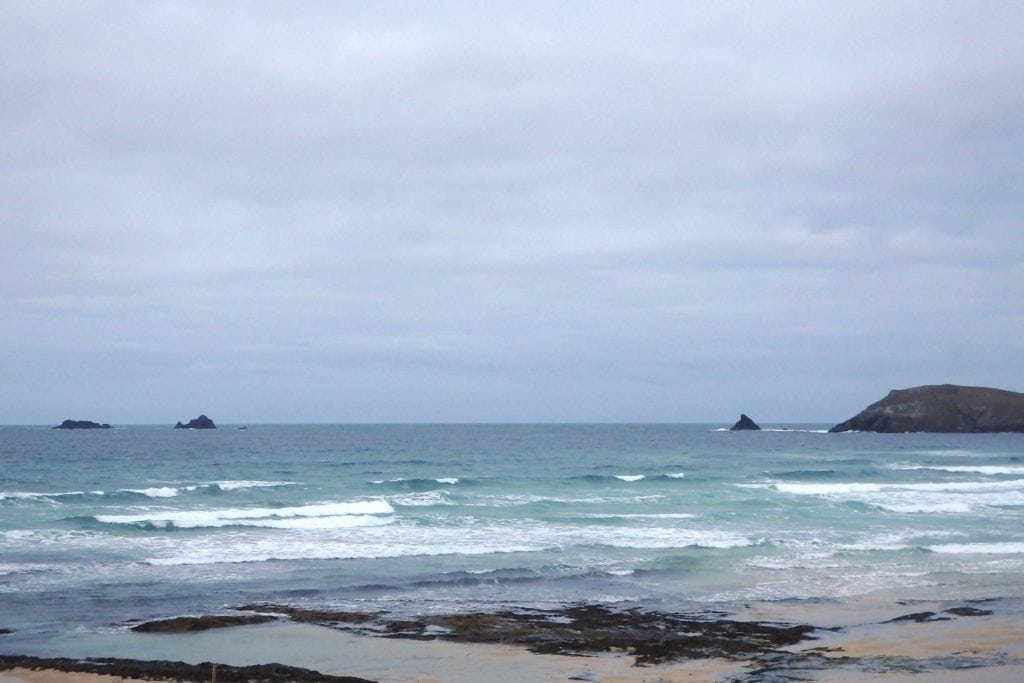 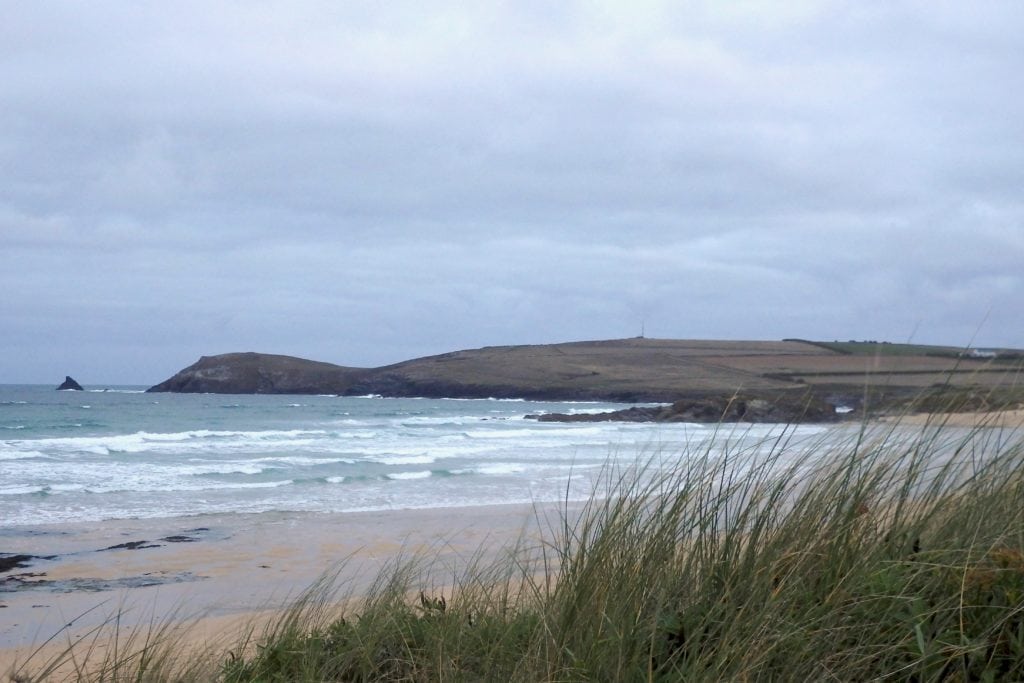 The wind has changed this morning as expected and so a fairly light but gusting sou’ wester is pushing in a little extra swell.
Three to four feet of lumpy surf is marching into the bays looking for somewhere to break and then stumbling over the sandbanks and rocks with the wind behind it.
It’s certainly not great surf but it is rippable and it is bigger than it has been!
Let’s see if it’s big enough for Harlyn yet…….. 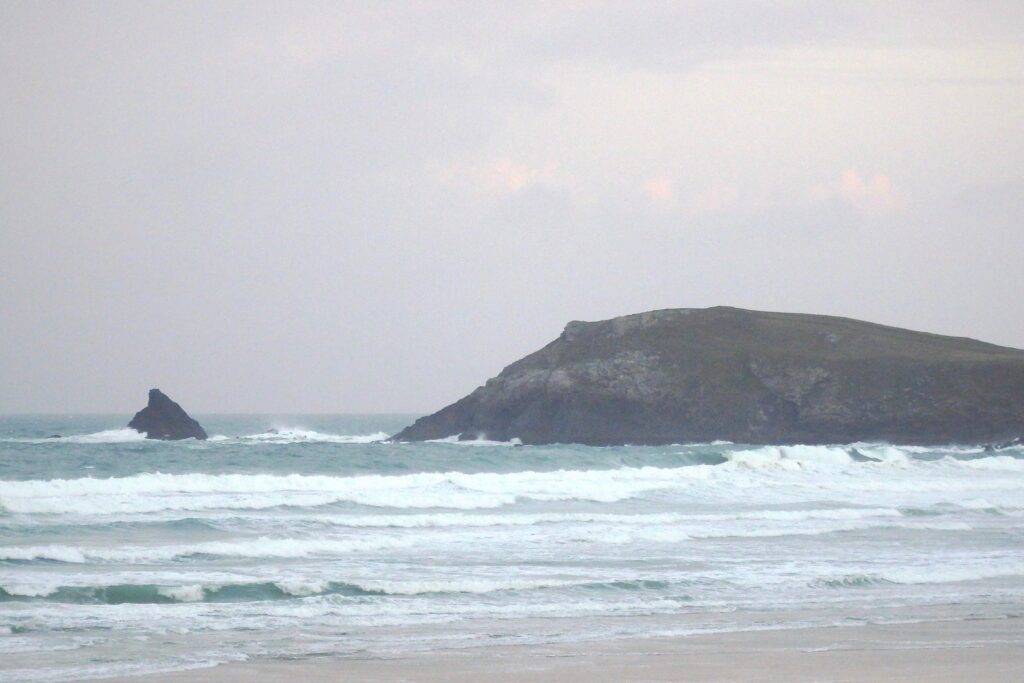 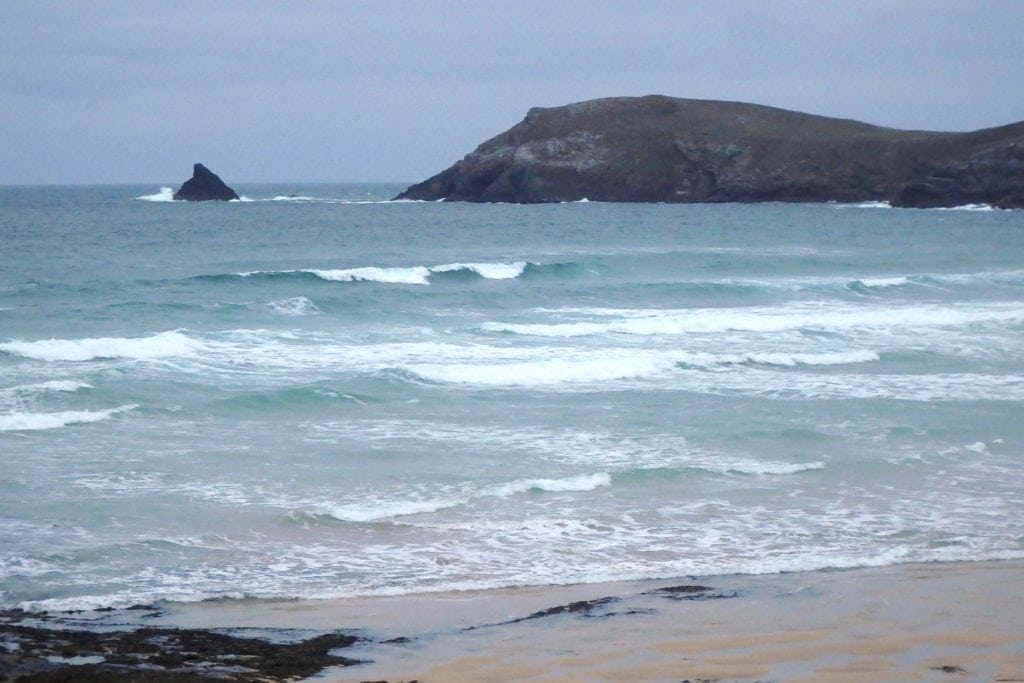 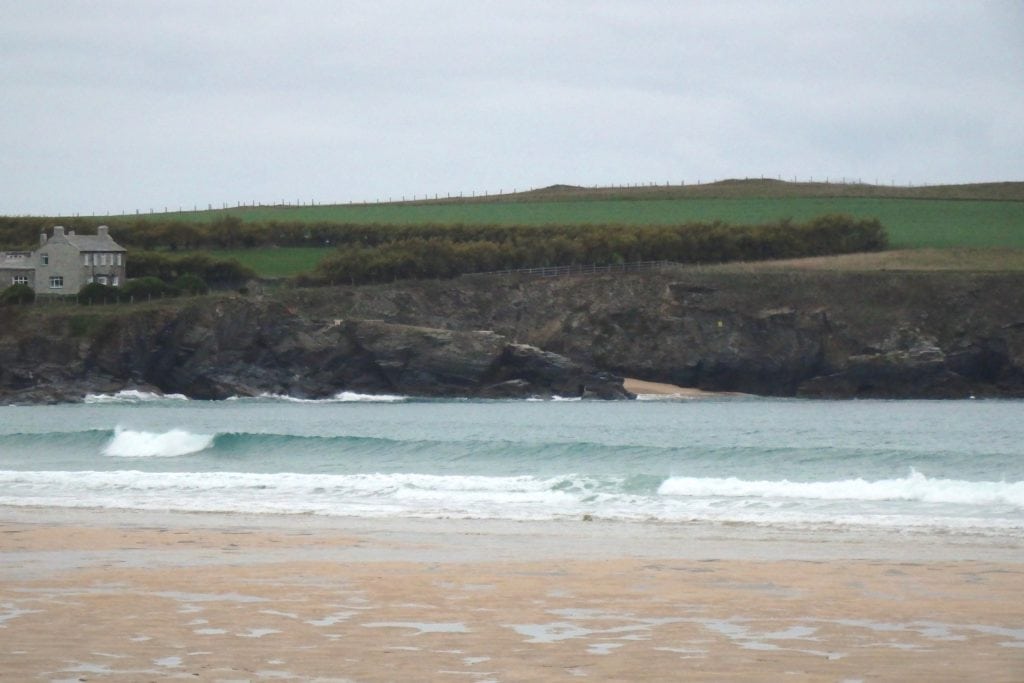 A decent couple of feet and bigger of smooth but tide drawn waves are rushing into the bay at Harlyn this morning, the occasional bigger sets confirming that we have a building swell on a dropping tide.
As the wave period opens out those waves should become stronger, not necessarily much bigger but more solid. And the afternoon spring tide should add another bit of size to it as well.
It is probably going to be really ‘setty’, so we are in for a wait for the good ‘uns but they’ll be there and some of them should be really good, especially if you have your timing down! 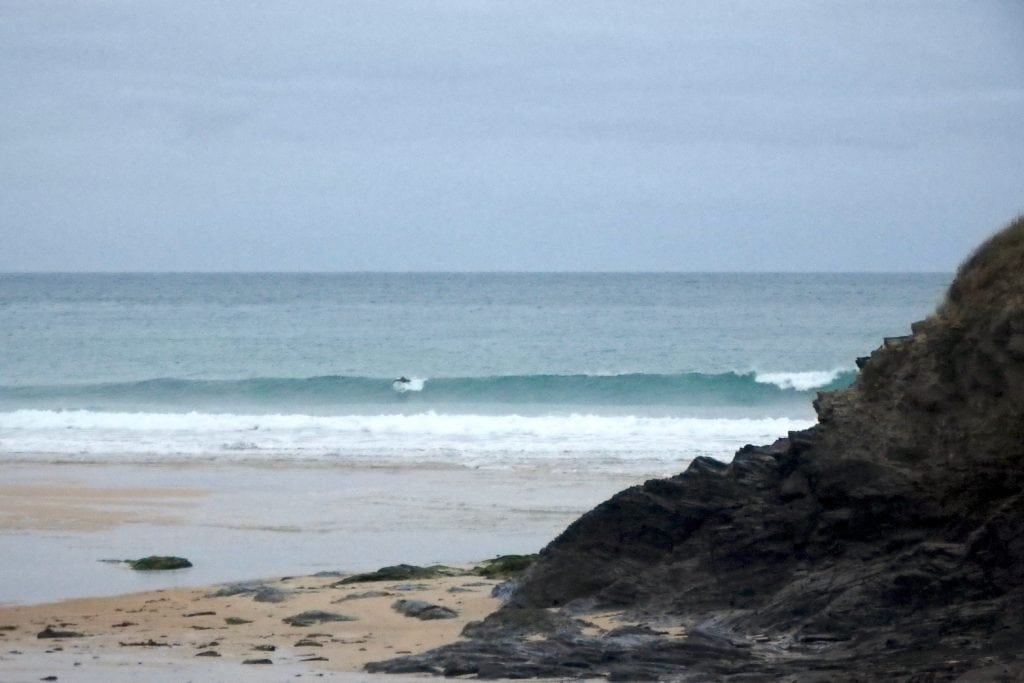 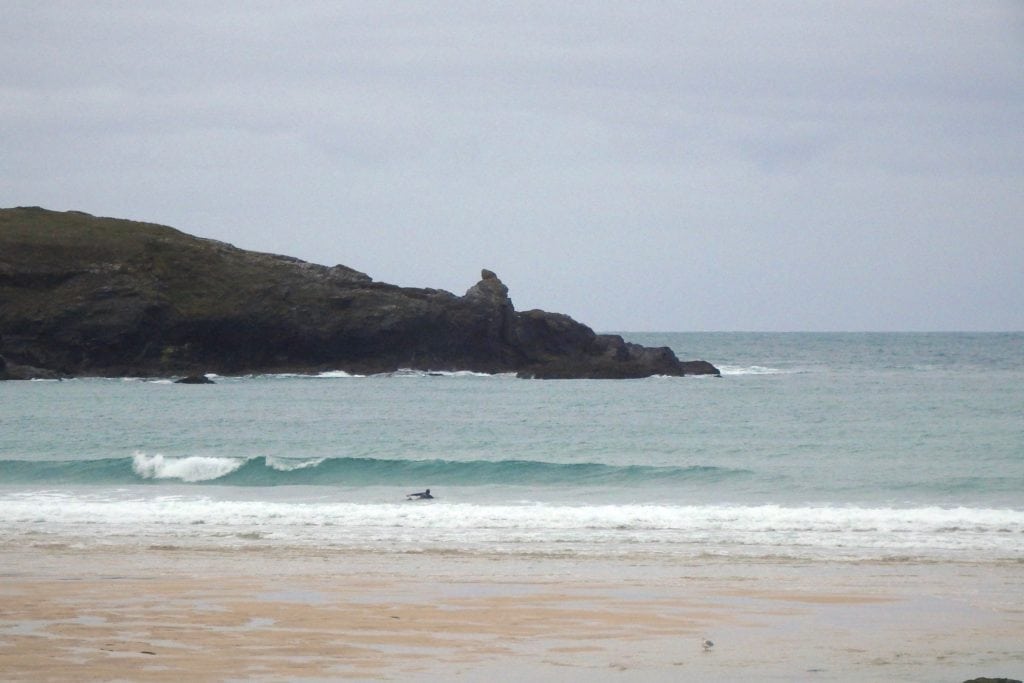 A four to five foot swell should be bowling our way today with southerly, eventually backing south easterly winds offering some good shape at the right break.
Harlyn will be the ‘go to’ spot locally and condition should be good to really good as the day goes on but some of our more swell exposed spots mighty start to be of more interest as that wind switches through the afternoon.
Yep, it could just get good or very good as the day goes on!

Brisk south westerly winds are going to be blowing some thick and lumpy four foot plus swells our way as autumn storms slide up the Atlantic, hopefully skirting around us while slingshotting some pleasantly strong swells our way for the start of this week.
So Harlyn is likely to be the more organised place to surf as the week gets under way, offering some clean surf probably more in the two to three foot range while the more swell exposed spots will be battling four feet plus swells with that wind pushing and shoving behind them.
By midweek the wind will probably back to the south east, offshore at our favourite surf breaks but maybe getting a little too strong through the afternoons and keeping the swell size a little below what it could be.
There should still be some size to it as we hit midweek, a sun brightened and (relatively) mild temperatured four feet plus of offshore hollowed surf is expected at all of the main surf breaks up and down the coast.
And then it should get big, maybe really big as we hit week’s end and then through the weekend, keeping some quality shape at most of our surf breaks if the forecasts remain as they are.
I think that the wind might just get a little too strong for periods so you will have to be keeping an eye on the charts as conditions change to get the best out of it.
So, all in all an excellent week with some serious surf lies ahead and I’m away to France to savour the delights of the Basque Country and the QuikPro France for a wee while. Charlie will be holding the fort at the shop while I’m away and we will resume the surf check when I get back in week or two.
Have a great week wherever you are and whatever you’re doing!