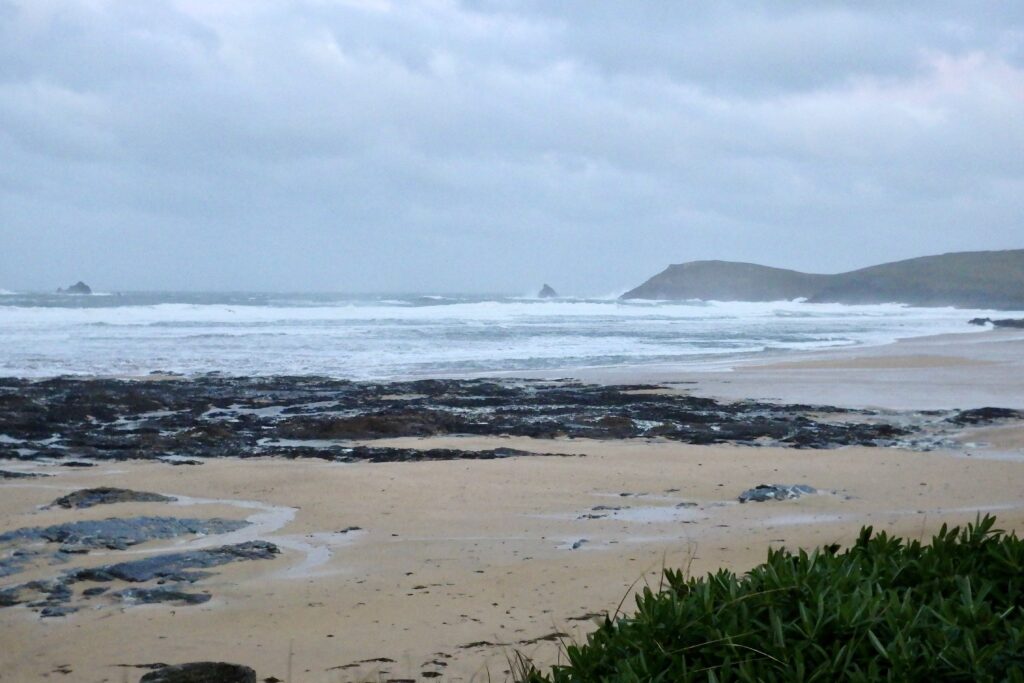 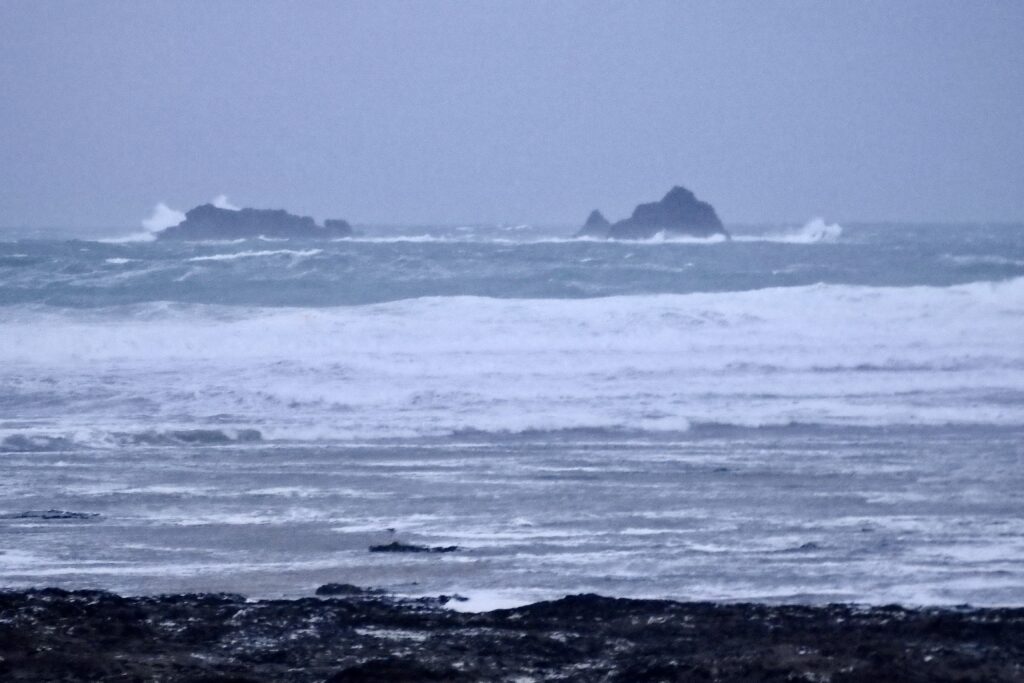 It’s as wild and woolly out there as was promised this morning with storm Atiyah blasting through overnight.
The surf is the stuff of dreams for seascape artists and storm watchers but there’s not much going on to interest most surfers along this coast today, not unless you know which little nooks and crannies of this jagged coastline to explore of course.
But the rain seems to have stopped for a while and the sun is trying to claw its way through those layers of black and grey, so it could just be a good day to explore those other coastlines. 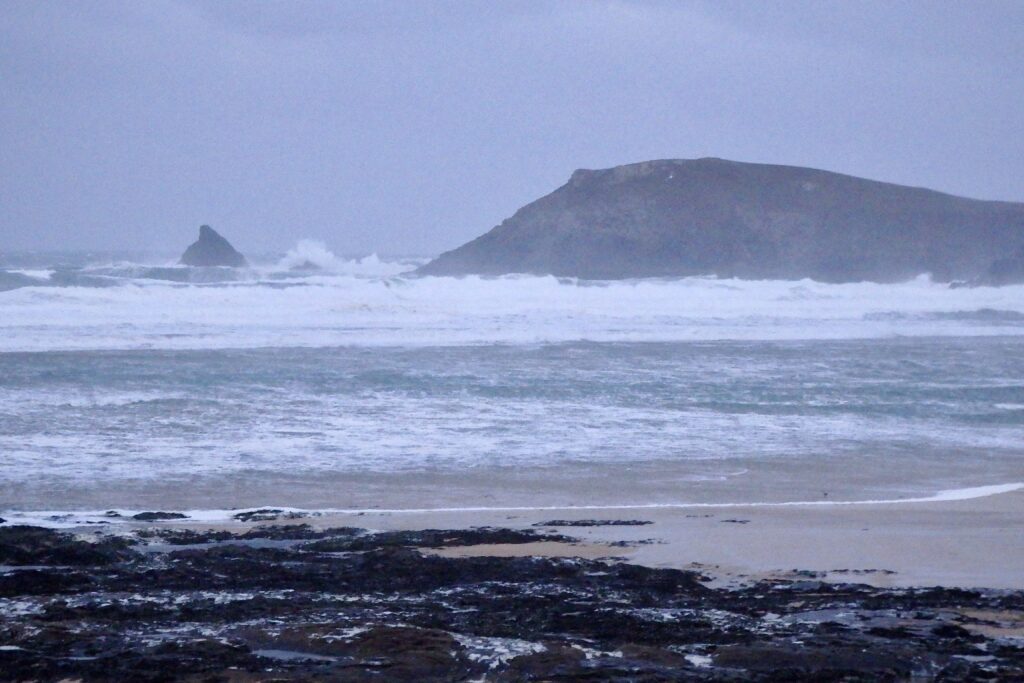 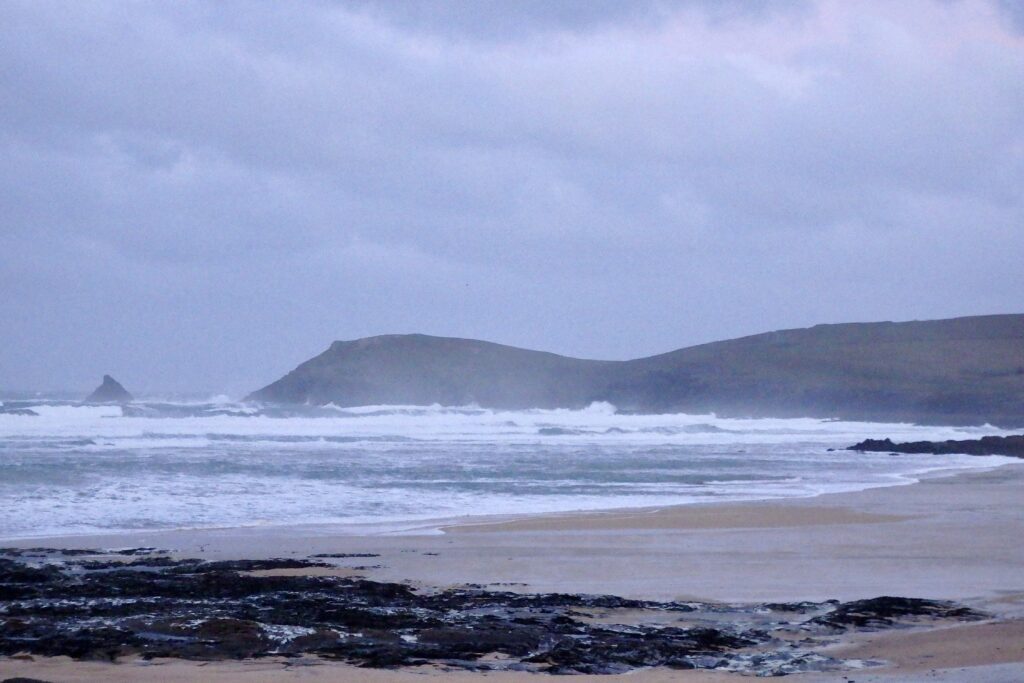 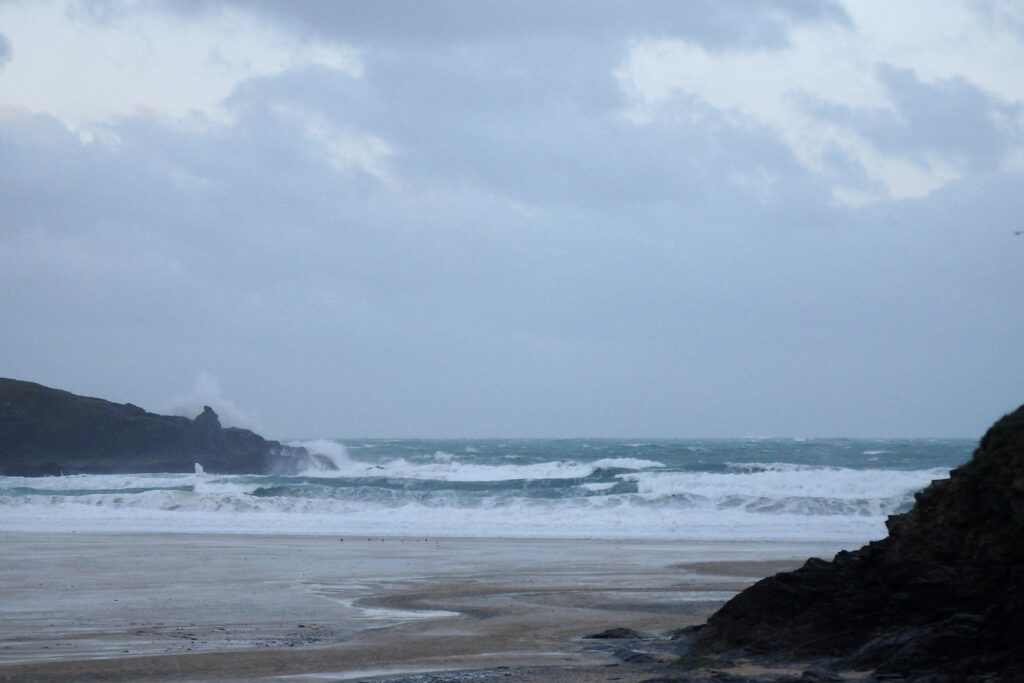 Storm Atiyah is blasting through Harlyn this morning, that powerful north westerly wind shrieking its way into the bay, toppling and trashing the big and powerful surf that is exploding onto the low tide sand.
It is fabulous to watch but you might not want to get to close up to any of it. 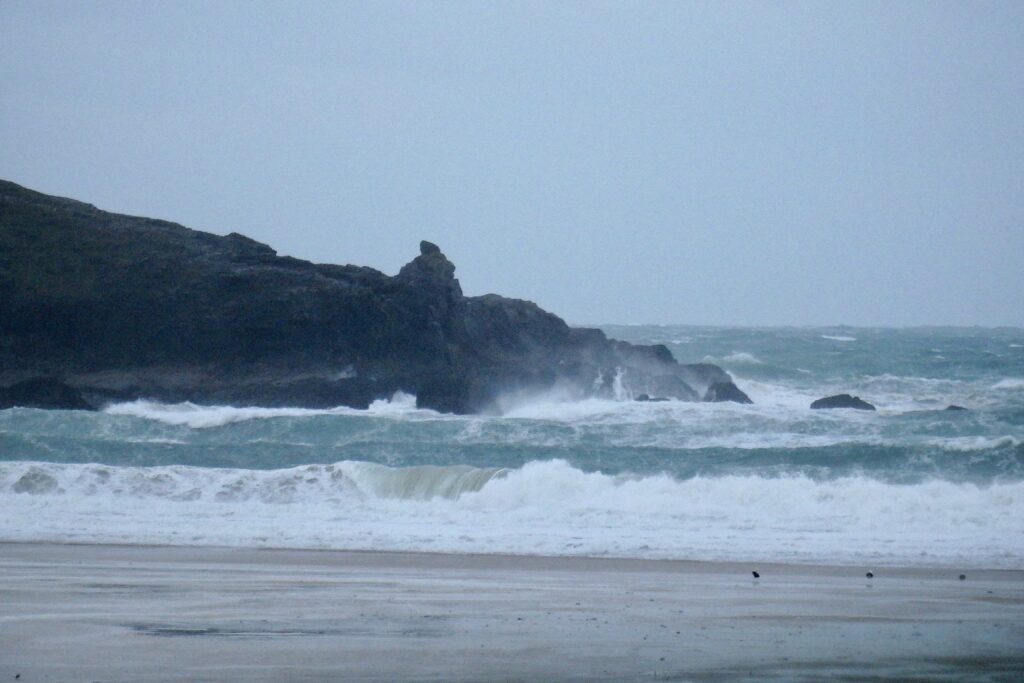 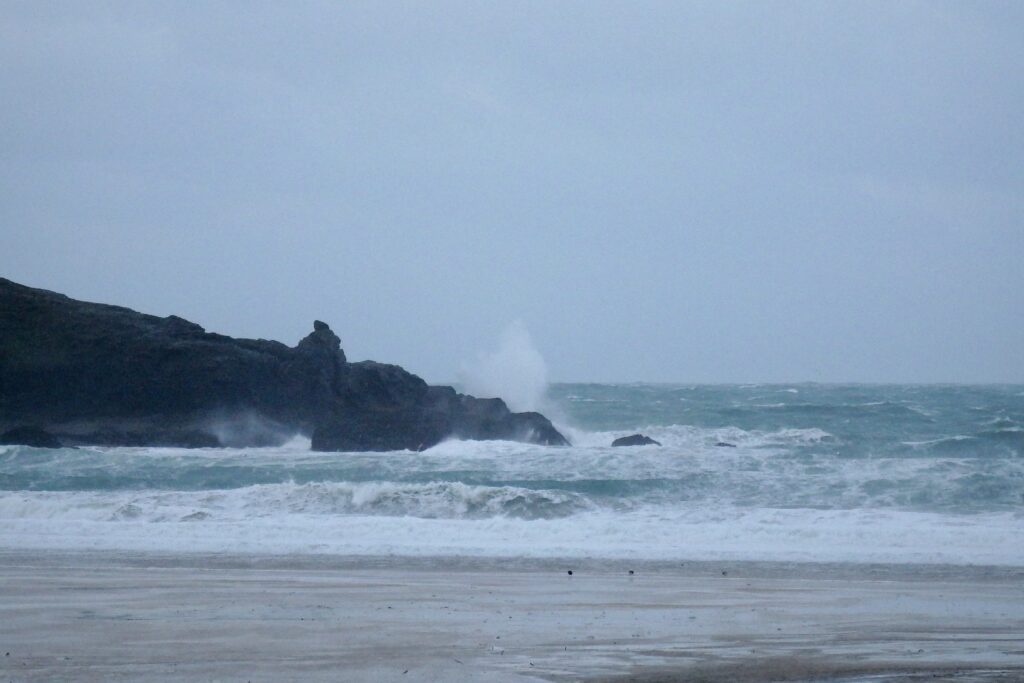 The wind is forecast to switch to the south west overnight with the second phase of big swell due to arrive through midday.
So Harlyn will be the place to see some huge and majestic waves today but there might be much better places to go searching in hope of more rideable surf.