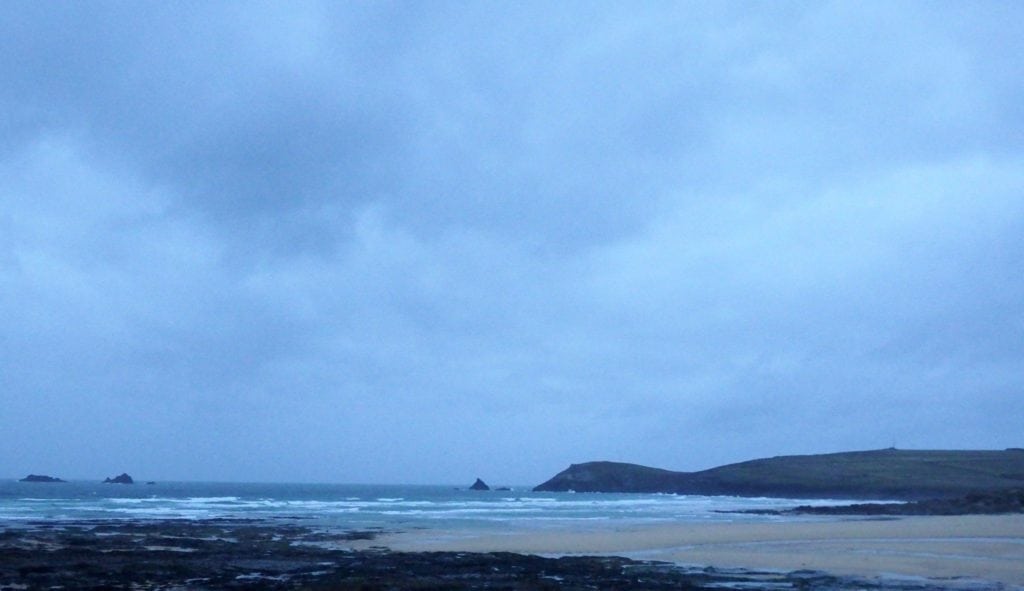 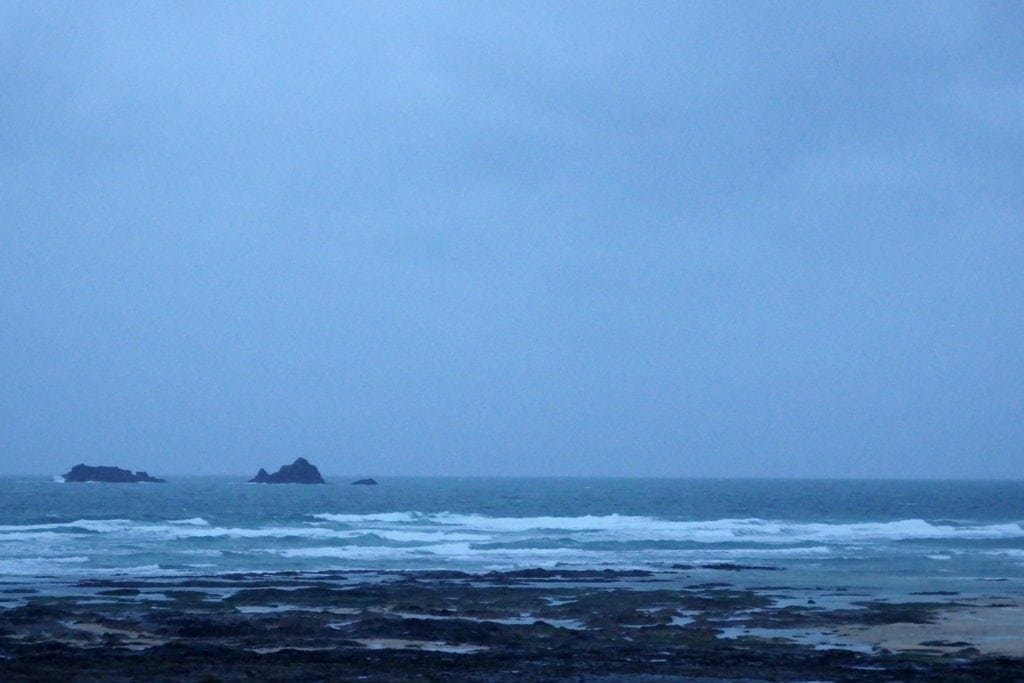 A wet and dreary, windswept but so far mild morning is greeting us at the start of this Wintery week, the sky dark and promising only worse for later!
The surf is only small and junk too, a couple of feet of onshore blown chop and slop is washing into the bay holding no attraction at all to anyone with a hope to surf today.
The size is likely to increase, a lot but conditions are likely to deteriorate further, the wind forecast to strengthen while veering north westerly through this afternoon. 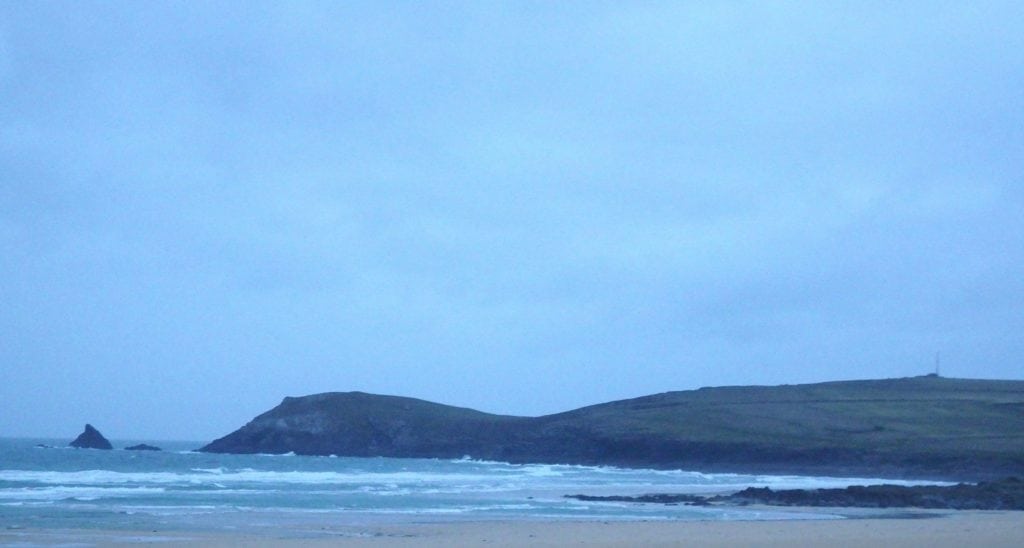 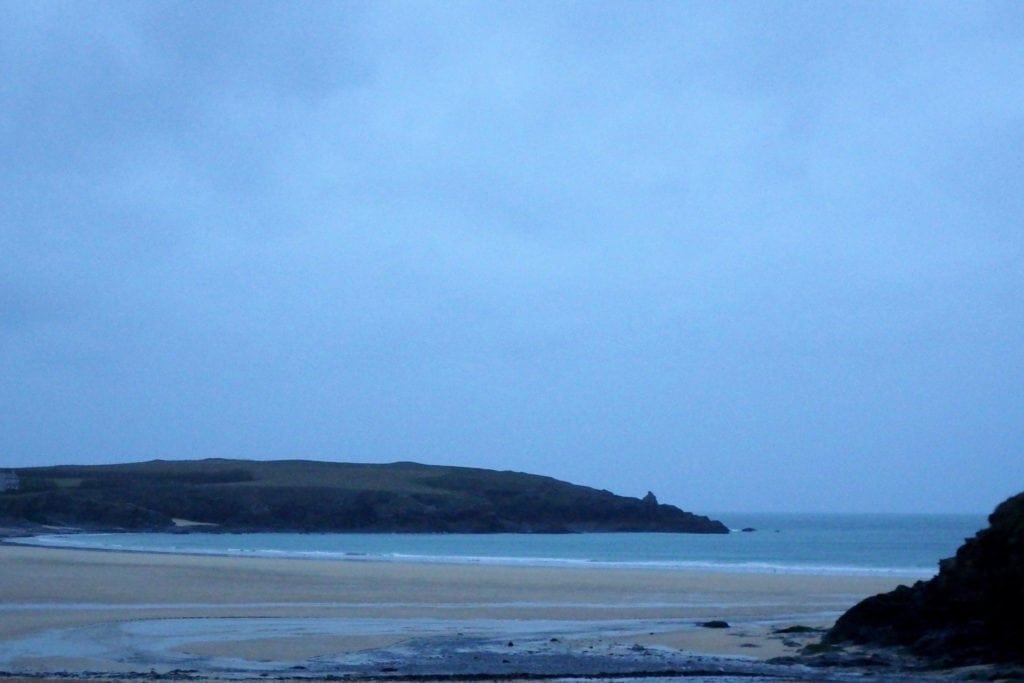 It’s all but flat around here this morning.
The wind is from the south west right now and so conditions are pretty smooth, so if the swell builds (which it is forecast to do) before the wind switches north westerly, then we might just get a couple of feet of half decent little hollow ones before it turns to chop! 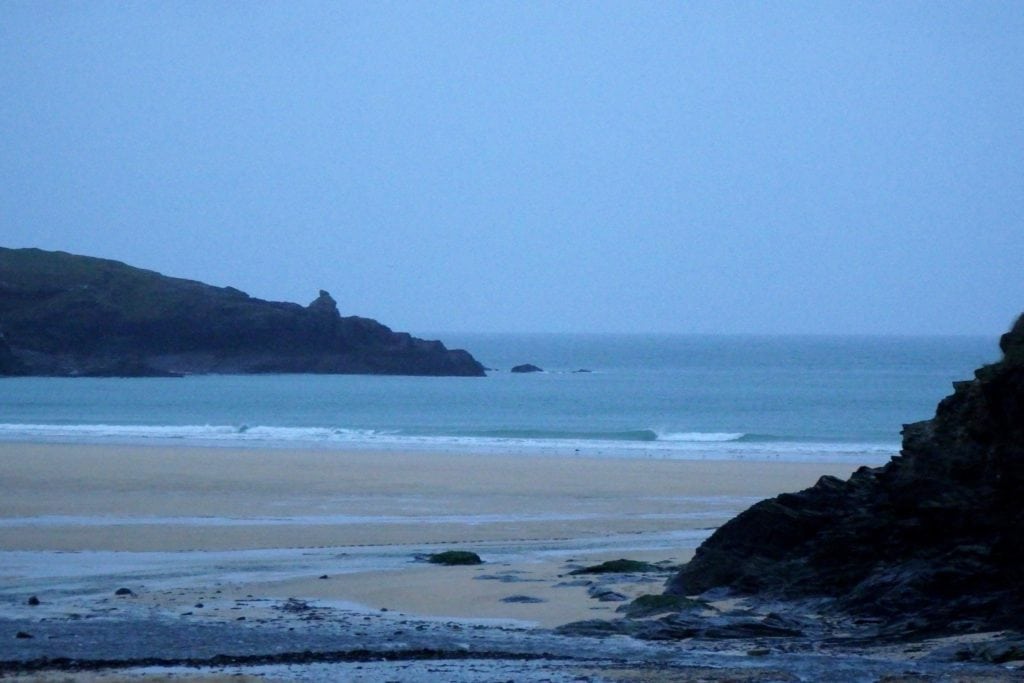 Four to five feet of rolling and windswept swell is forecast to be pushing our way, a gusting north westerly wind making it feel colder while at the same time destroying the surf conditions.
All of our breaks are likely to be blown out all day long.
And the south coast might not have enough swell getting in.
But it could just be worth a little look if you are around that way!