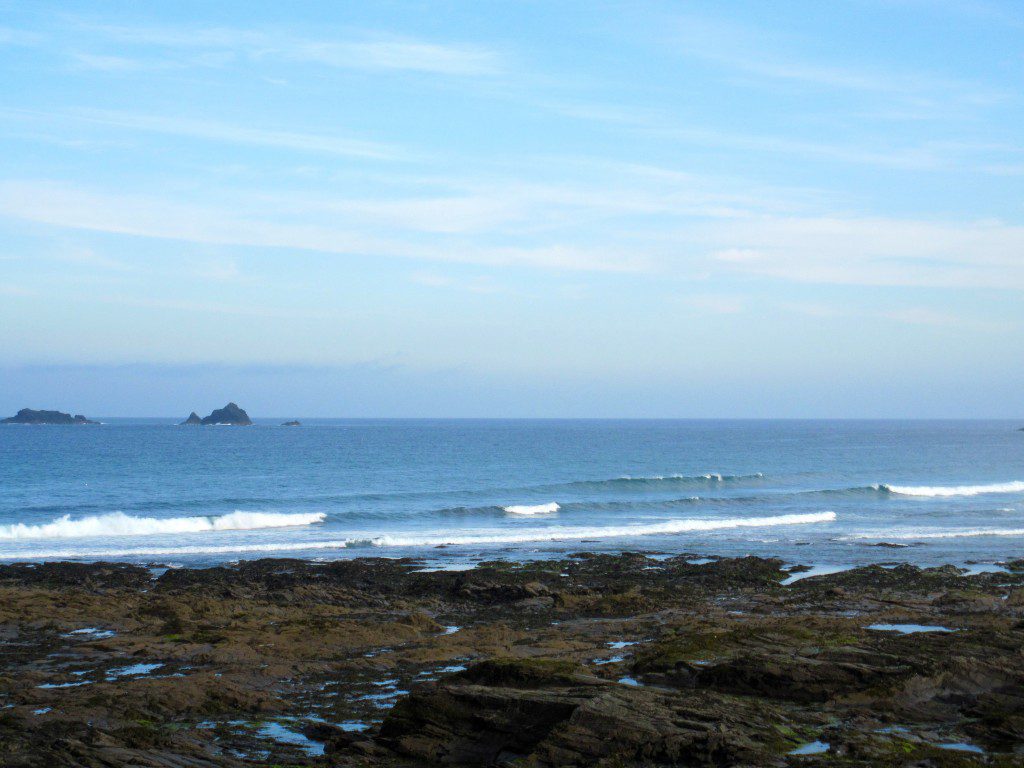 Blue skies are above us this morning, a few fluffy clouds gently drifting by in the light, light breeze.
And the surf is a couple of feet or so too, a ruffled effect just bumping those otherwise playful wave faces. The breeze is light, a sideways whisper of air onto those watery walls.
It is likely to be just that bit cleaner at one or two other spots, this breeze edging more towards offshore at places like Fistral, but it is okay here given that there’s a good couple of hours till low tide.
Yesterday had its moments, a bit junky for a while here and there then reeling and spinning for an hour or two before going junky again, just to glass off and jump up in the evening.
And I would imagine that today might be like that too; a day of catching the right tide at the right time at the right place.
I’m thinking this evening again!
But there should be little waves to keep you happy at most breaks for most of the day.

We have received our Pukas ‘Inspiration Project’ Ts featuring an image of Toby (Donachie) taken by Cheyne and put together by those fine artisans at Pukas in Spain (they’re the guys that make boards for Mr Gabriel Medina) and they’re on the rails now!
Actually we have loads of new stuff hanging on the rails ready for this Summer’s visitors:
Summer wetsuits from O’Neill, Xcel and Alder are hanging alongside surf accessories from FCS and O&E while Reef flip flops are sat next to Vans beach and skate shoes. The newly launched Vissla range of clothes are alongside rails of Brixton Mfg, Captain Fin Co, Reef, Lost, Coastees and the newly in Passenger range as well as our our own Shop logo’d garments.
We have sunglasses from Bolle, Ray Ban and now the brand new dBlanc (and how great are they!) as well as EightyEight and Vision.
Time for a new board for Summer?
Then take your pick from our wide range of boards. We have longboards, short board, fun boards, soft boards, finless boards and all sorts! Al Merrick, Haydenshapes, Meyerhoffer, Sol Life, …Lost, Beach Beat, Hawaiian Soul and Webber, we should have something to suit!
And if we haven’t got it, we can get it!
So, drop in on us this week if you’re around the area!! 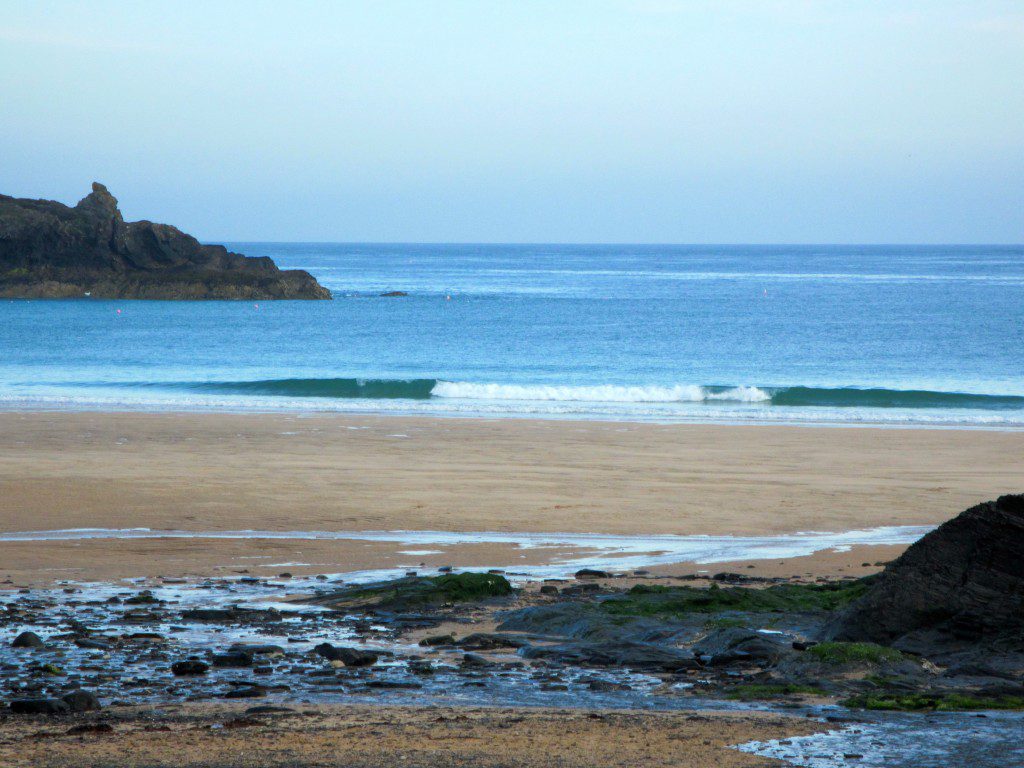 It is another beautiful scene at Harlyn Bay this morning, the deep blue sea reflecting the pale blue sky and highlighted by that golden ribbon of sand.
There’s barely a wave to ride but it is beautiful nevertheless, an ideal spot to slide the SUP into the water for a graceful glide along the coast.
But there’s no surf to speak of, a glassy shin high peeler just teasing every now and again!

The wind should have settled to the south west by this morning, helping to blow a steady little swell our way.
Three feet of rolling swell should be sliding along our coastline today producing some bigger waves at some of our more exposed breaks. But of course those same breaks are the ones most exposed to that wind too. And so we are probably going to be enjoying a bumpy, lumpy three to occasionally four feet of steady surf for most of what is promising to be a bright and cheerful day!

It’s looking like a mixed start to the week with plenty of bright enough weather expected but those showers never too far away either. And some of those showers are likely to be heavy and thundery!
The surf looks okay with a steady three feet or so of swell set to slide in over the next few days, the wind having settled into a south sou’ westerly pattern, just occasionally twitching to the south east to add some sparkle to that surf.
Monday should start our week brightly with that same two to three feet of lazy swell being guided by a light enough southerly wind, starting out offshore early on, going sideshore through the day and then offshore through the evening again.
By Tuesday the swell should have settled into the three to maybe even four foot range, a bit bumpy in that steady south westerly wind but looking attractive enough in mainly bright sunshine.
And that should be the way of it well into the week! I think that we might just be in for a week of lazy summer days, not necessarily wall-to-wall sunshine but bright enough with enough surf to keep most happy!
Have a great week, wherever you are and whatever you’re doing!