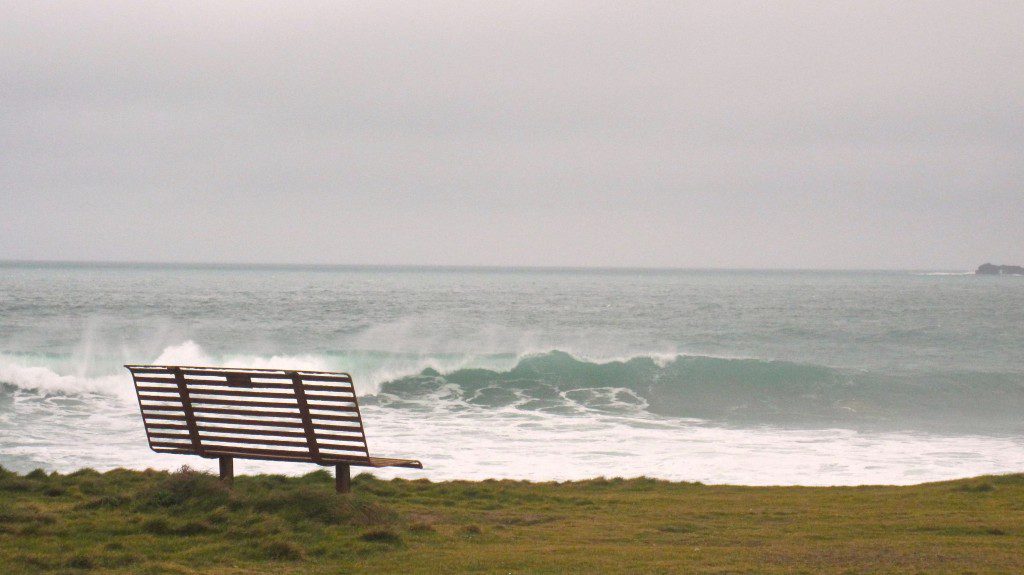 That wind is almost direct southerly, whipping across the bay, hollowing out those right-handers that are peaking off the edge of the Rip while pushing those other lefthand peaks over way too early. They are thick and heavy looking waves, that wintery heaviness still with them.
It’s just about high tide right now, and so those swells are about as protected as they are going to be from the wind, the forecasts showing a gradual shift in that wind to south westerly which will affect the surf even more as the tide lowers.
It is probably as good as it’s going to be today right now.
Lets’ have a look at Harlyn……

We are stoked to announce the arrival of Patagonia clothing into our little store!
Patagonia’s mission statement is: ‘Build the best product, cause no unnecessary harm, use business to inspire and implement solutions to the environmental crisis’.
And that sounds like just the type of business that should sit nicely within our little surf store, eh! 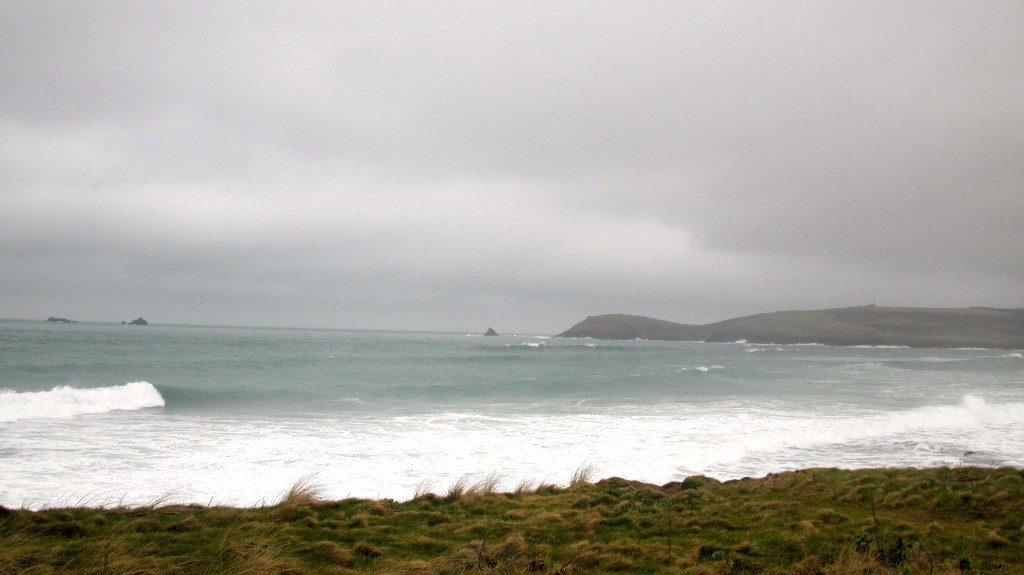 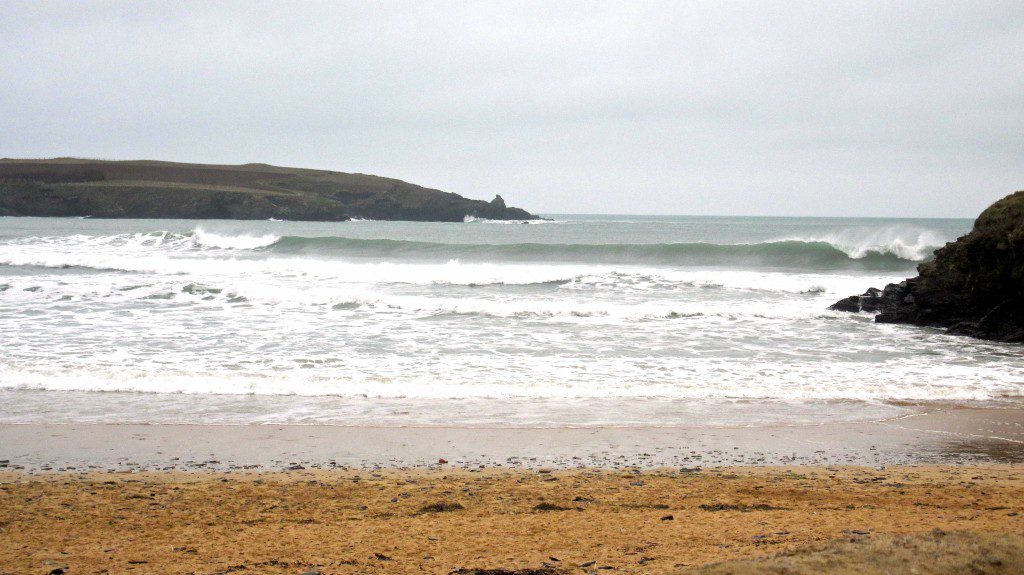 It is pretty much bang on high tide right now and the surf is looking pretty good.
There’s three feet of offshore blown and hollow waves rolling in, all a little bouncy and a little fat but that is more to do with the tide than anything else. It is all likely to become much sharper and cleaner as the tide drops.
It is a shame that the wind is quite so strong but at least it is a little sheltered around here and it is blowing offshore too.
The size is likely to reduce with the dropping tide but it should stay in the fun range all the way through. 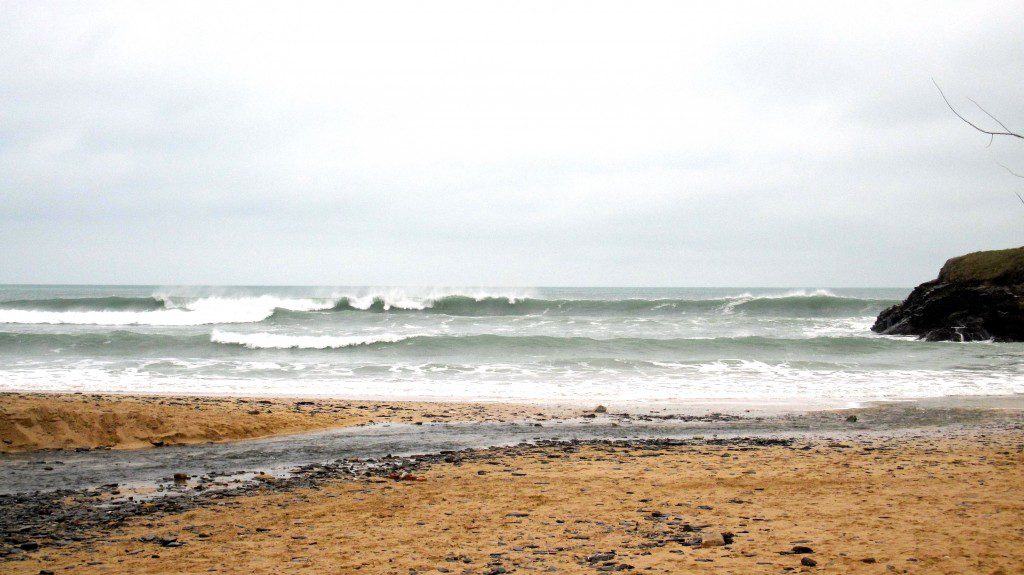 Today could just be epic!
A powerful swell is probably going to peak in size through midmorning, a very solid five to six feet plus of evenly spaced, thick and energetic swell is expected.
The wind should have lightened while also backing to the south east, offshore at all of our main surf breaks. Add to that some very pleasant early Spring sunshine and we should have all the ingredients in place for a magical day of surfing!
Enjoy!

The week looks like it is going to start out all dull and dreary with a big enough swell but mixed up mainly onshore winds, Harlyn looking like being our only option on Monday.
But don’t despair, Tuesday could be awesome!
Offshore, south easterly, winds are being forecast to lightly blow against a solid five foot plus groundswell, a double-digit wave period indicating that it should be a powerful swell.
Yes, Tuesday could be good!
Wednesday is likely to end up being more ‘mixed’ with a disorganised swell being messed up more by the shifting winds. Small Harlyn could end up being the best of a mixed bag of surf.
Those mixed conditions are likely to stay with us through to the end of the week, the wind, as always, dictating where the best conditions might be and swirling around most points of the compass!
The weekend is looking super promising but that is getting way ahead of ourselves!
So, a week of mixed conditions lies in wait, Tuesday possibly ending up being one of the stand out days of this Winter!
Have a great week, wherever you are and whatever you’re doing!