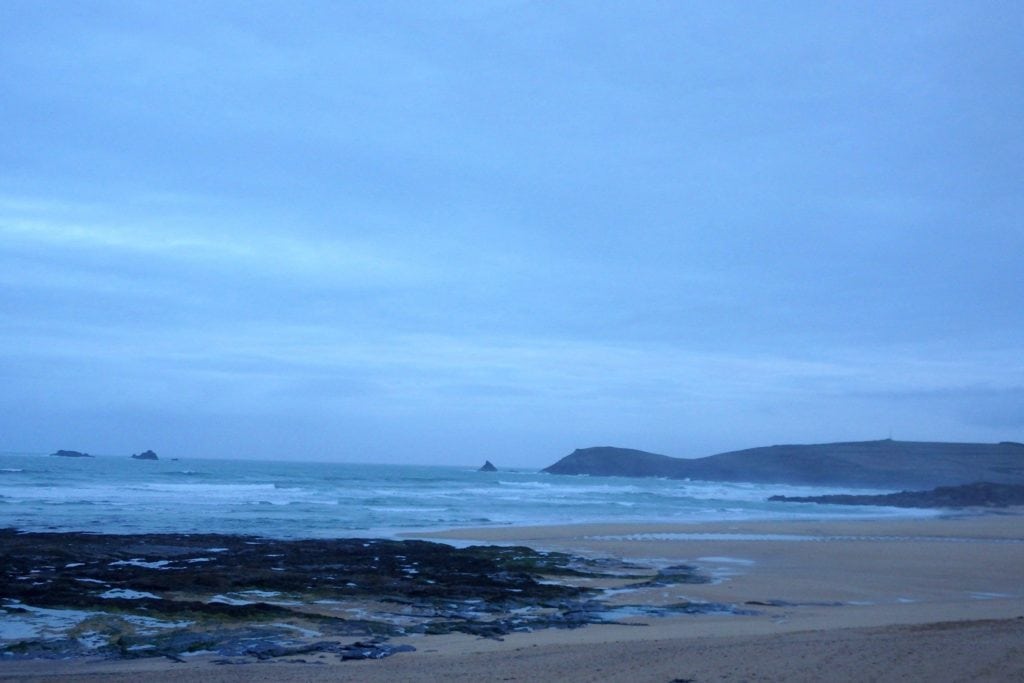 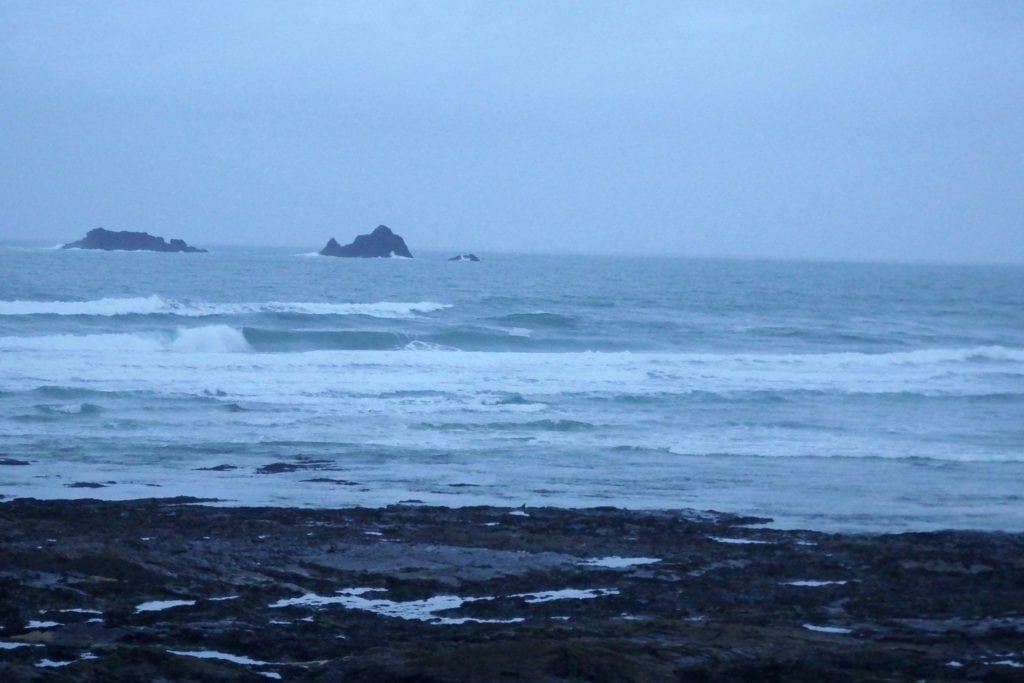 It’s a warm and still one this morning, if a little overcast.
The breeze is superlight, drifting in from the west nor’ west, superlight but still having an effect on the surf.
Four feet or so of sloppy and bumpy swell lines are pushing over those lower tide sandbanks, breaking randomly and without too much conviction.
It is all a bit loose out there this morning, looking like a bit of a paddleathon for not too much reward!
It could just turn out to be a day of two halves though with the tide smoothing things out a little (as long as the wind doesn’t push in too hard!) and the weather forecast to brighten up fairly soon too! 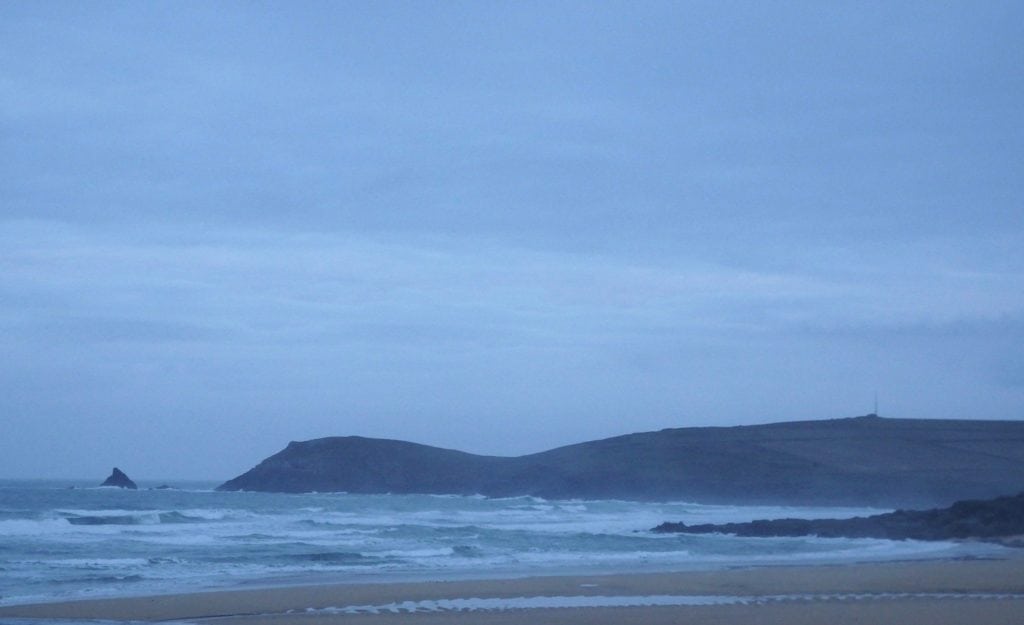 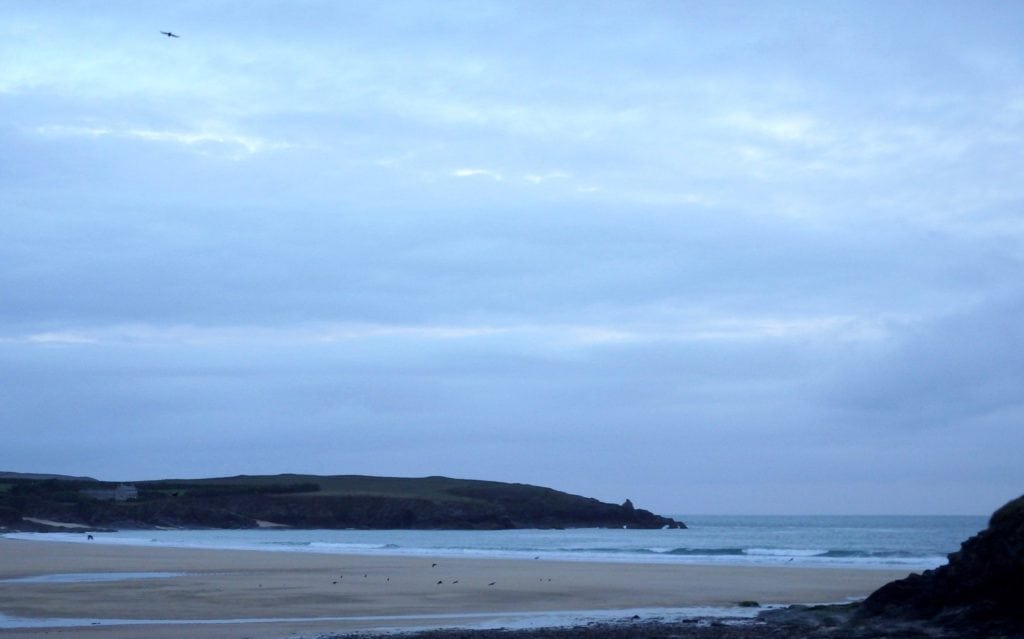 A foot or tow of low tide wash is slapping the sand this morning, the air quite still but those waves looking like they are still being pushed by the breeze.
The tide will definitely help the surf this morning, that late morning neap high probably providing much more shape and maybe a fraction more size too.
Give it an hour and it could just be fun here! 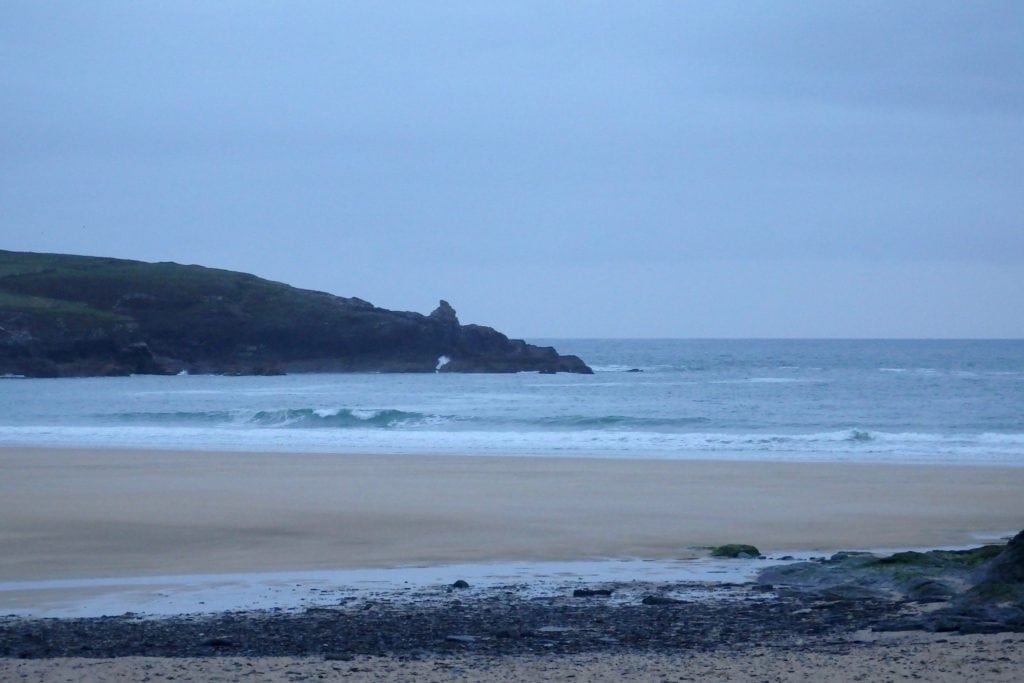 A smaller swell might just be greeted by an almost offshore breeze, if we are only a little lucky!
Three feet or so of ten second wave-period swell is expected to glide in with a southerly wind guiding it ashore. That wind might just slip a degree or two to the east though and that will change the view dramatically (if it happens!)!
A cheery and night enough day should accompany it all too!

Plenty of swell should continue to roll our way well into the weekend but the wind looks as though it could continue to plague us as well.
Saturday is likely to start off slowly, a sullen and damp morning maybe but with only very light breezes allowing the four feet or so of swell to produce some okay and cleanish surf. The wind is likely to strengthen only a little by lunchtime but blowing onshore from the west and so making a bit of a mess of the surf at most of the breaks. Harlyn will be our best bet but it might be a little lumpy around there by the afternoon too.
The wind is likely to strengthen into Sunday but blowing more from the south, at least allowing Harlyn to be clean and maybe (but definitely just ‘maybe’!) allowing one or two other main breaks to shine. That wind might just slip a degree or two to the east as well, which would massively improve conditions everywhere. but that is definitely not guaranteed!
The swell is likely to start to show signs of easing back through Sunday as well, still staying in the three feet size range but not quite as thick and lumpy as it has been.
By Monday the swell will have rebuilt with a south westerly wind behind it and then we could just see some much cleaner, offshore blown surf as we go into midweek.
So, a bit of a more autumnal weekend awaits but with lots of surf and some half decent weather here and there too!
Have a great weekend, wherever you are and whatever you’re doing!