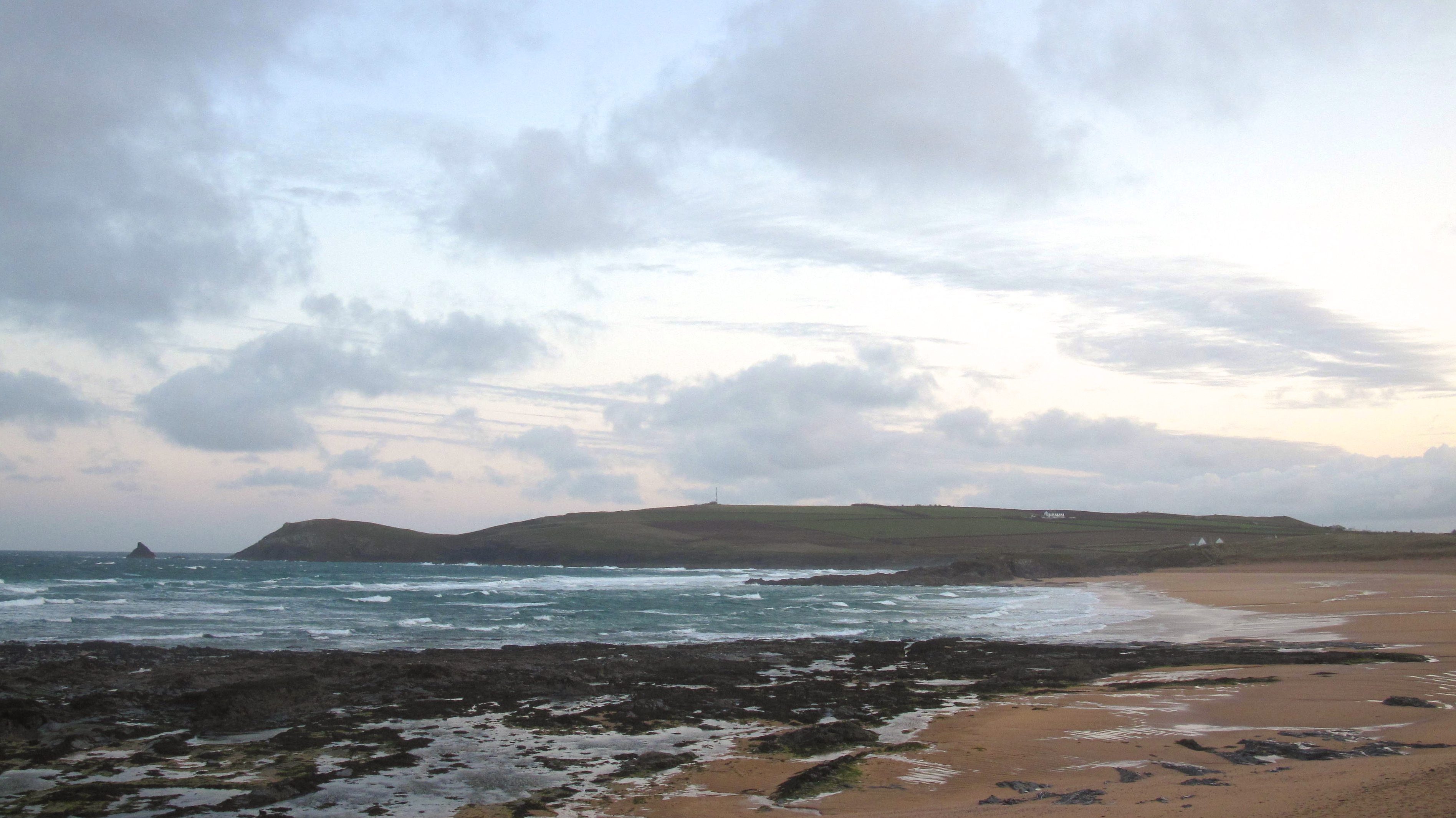 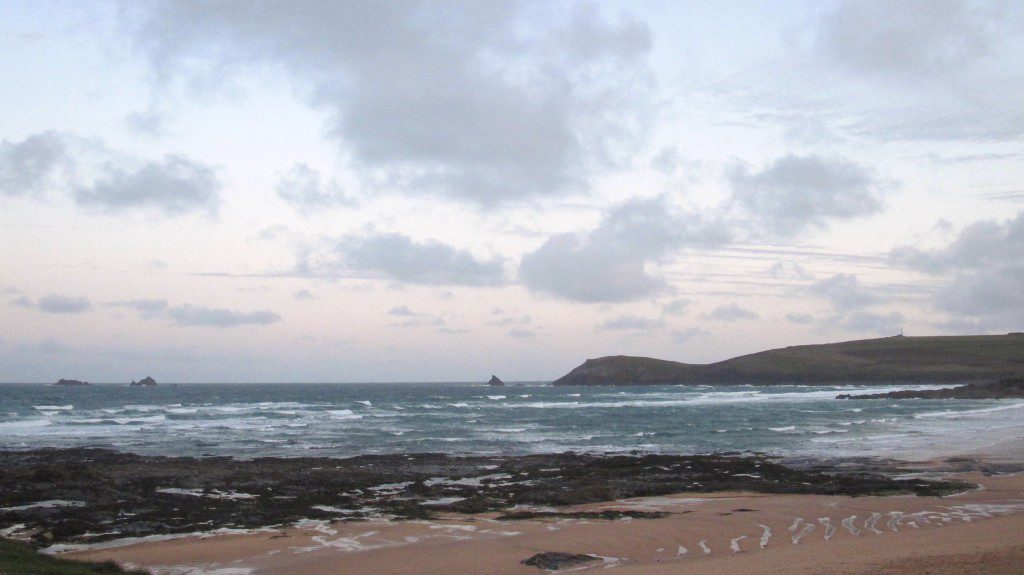 It’s a quiet one on the windswept and chilly beach this morning with absolutely nobody about and there is a completely different feel to it all than the last week or so.
The wind is licking in from the north west, all cold and noisy and messing up the surf completely.  And there’s not much of that anyway (surf that is!).
There’s a couple to maybe almost three feet of mixed up and sloppy, onshore surf sloshing around the bay, all grey and uninviting and cold looking. There is a lot of bright weather just over there and it is on its way to us quite quickly so hopefully it might warm up a bit soon enough.
The swell should build throughout the day too, trebling in size by this evening.
With the wind forecast to swing from this annoying north west direction, through westerlies by lunchtime, settling south westerly by this afternoon. That is still onshore here but at least it gives Harlyn a chance to shine.
Let’s have little look over there….. 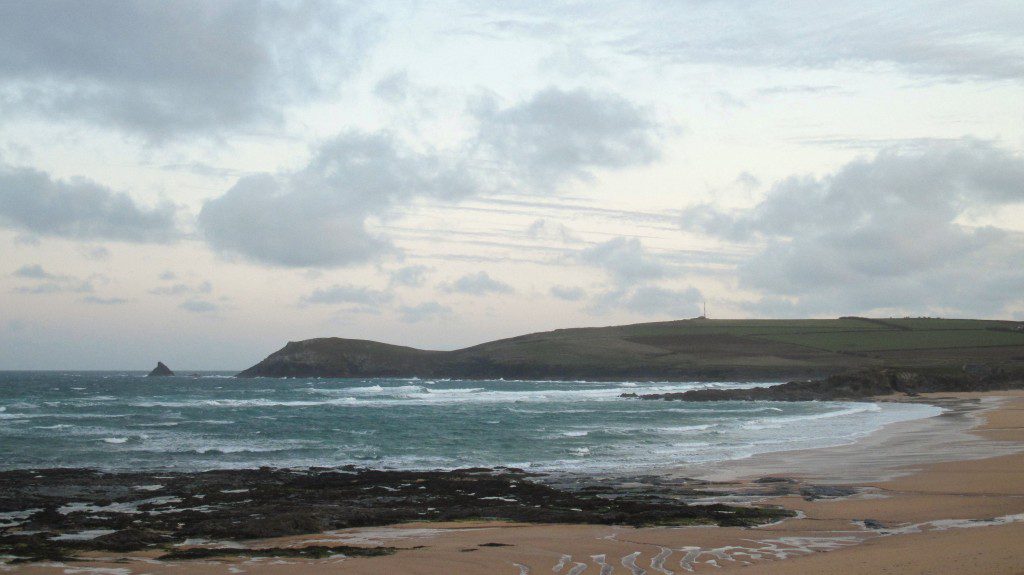 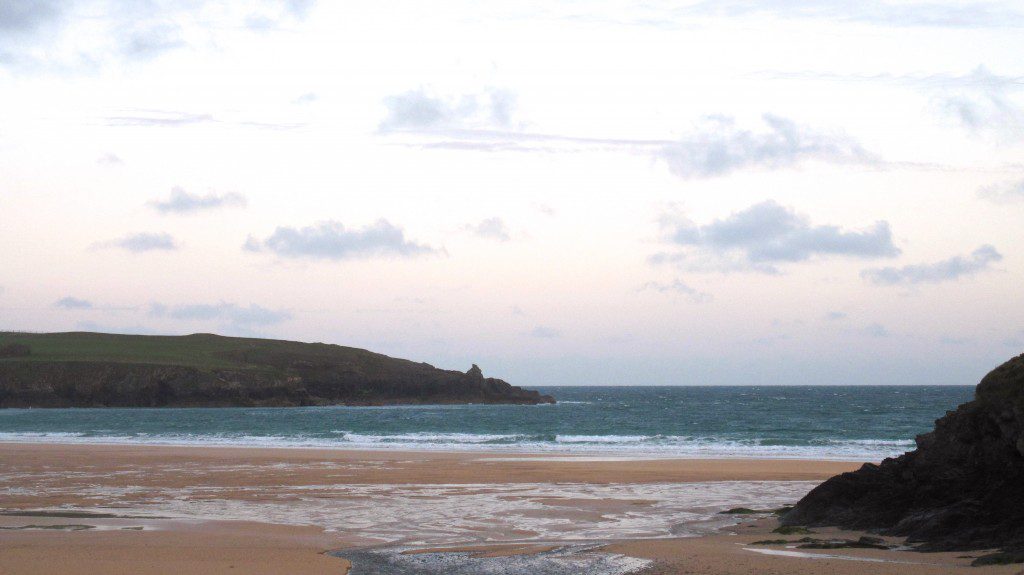 It’s pretty much flat around here this morning, a grey and flat and choppy sea as uninviting as can be.
But give it time, the sky is already brightening and that wind should swing to the south west (offshore here) by this afternoon while the swell should be building through the day.
So by later this afternoon we should be enjoying three feet or so of clean and fun surf here.
Let’s wait and see! 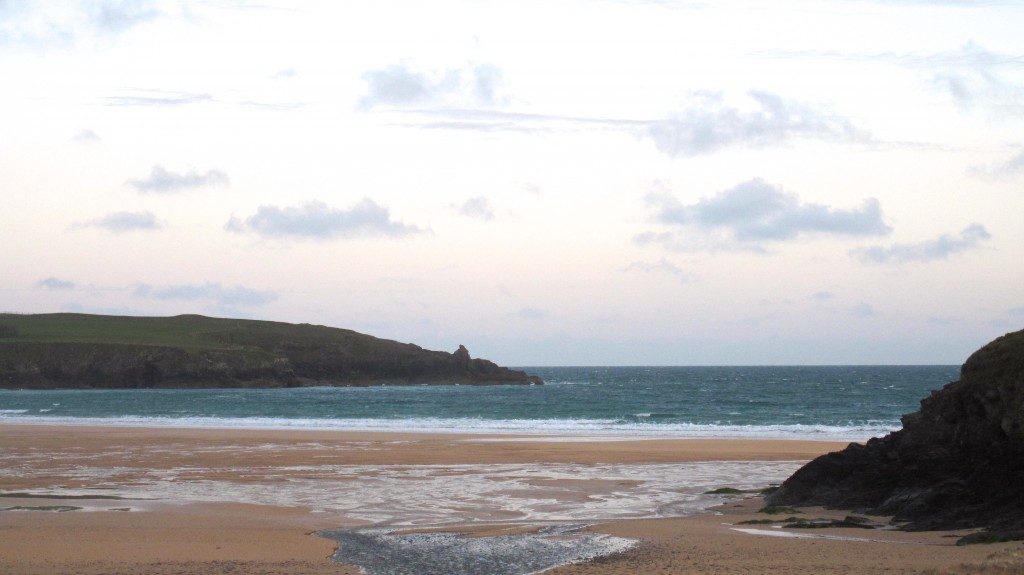 It’s looking like a typical Harlyn Sunday today, a three to four foot swell hopefully spinning half decent three foot surf into the bay against a strong south westerly wind.
With blue skies and bright sunshine being forecast we should enjoy a pleasant day of riding some hollow and sand dredging close-outs at Harlyn bay today!

As the school holidays wind down, it looks as though we will be greeting a little weather front through the weekend, making for just enough difference to signify a change.
But the surf is likely to continue driving in, building into Saturday with that freshening onshore wind behind it.
Following Friday’s slow change in the weather, that wind slipping gently onshore, Saturday is likely to start out with cold north westerly winds, strong enough to make a meson any small surf that there is.
But by lunchtime, the wind should be steadily blowing from the west and then the south west. And by then the swell size is likely to be a bit bigger too, making Harlyn the place to check.
And that is likely to be the way of it through Sunday too, a slow start with that chilly north westerly wind back to mess up the surf in the morning but fairly quickly swinging westerly and then back to south westerly by the afternoon, at least allowing Harlyn the chance to show off some clean waves.
So, a building swell and strengthening winds are on the cards for this weekend, Harlyn probably attracting the main focus of surfing action!
Have a great weekend, wherever you are and whatever you’re doing!