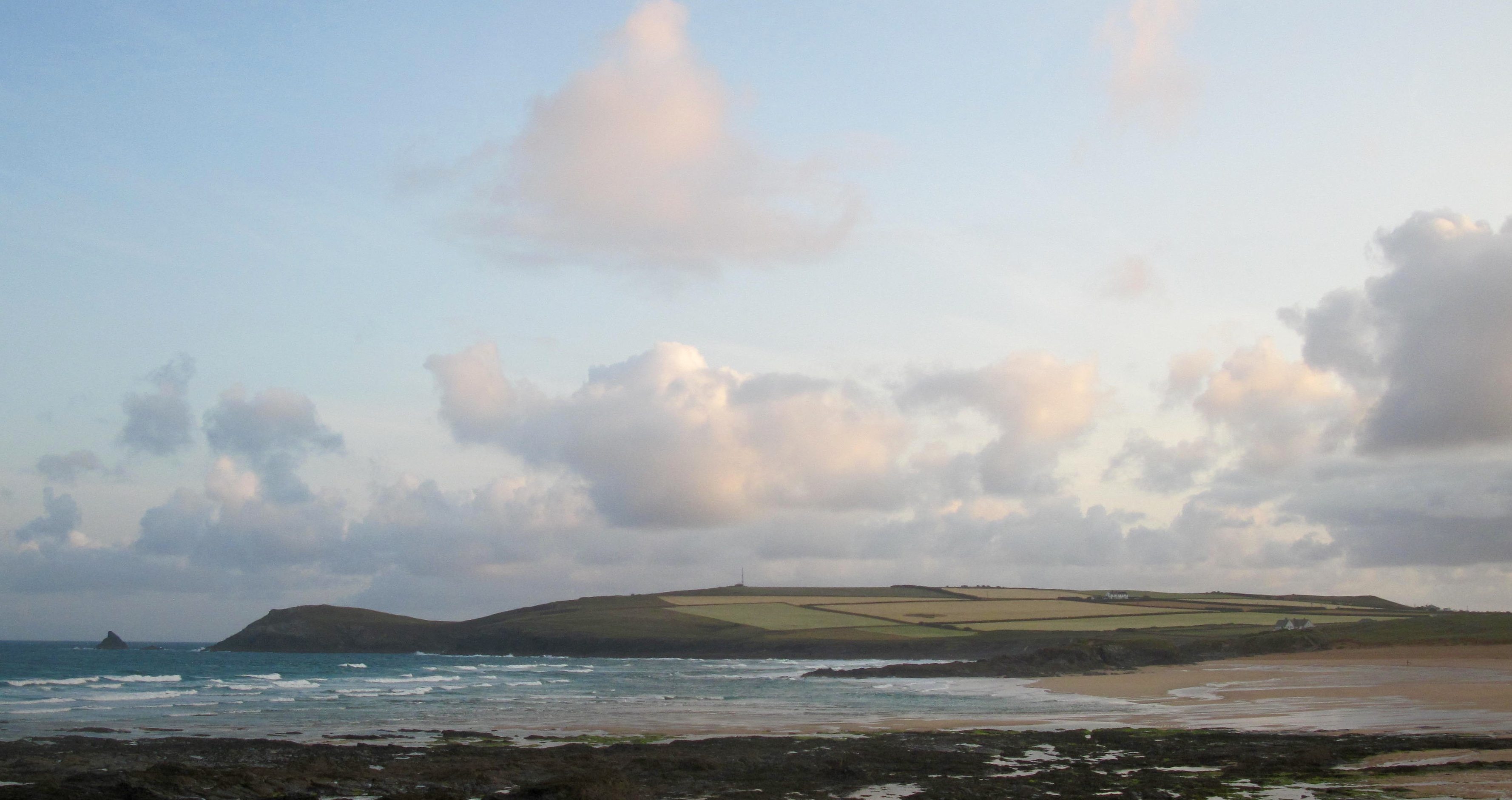 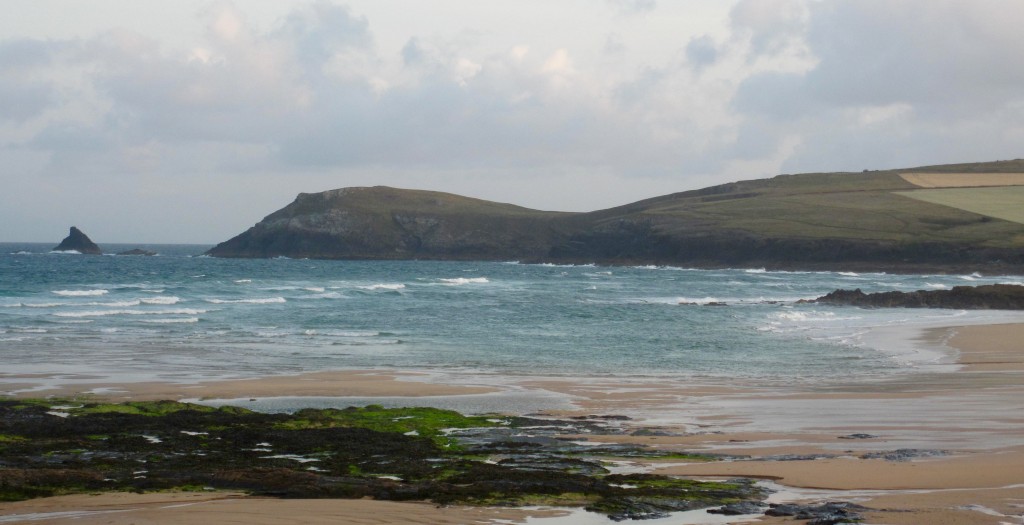 Is there a little touch of an Atumny feel in the air this mid July morning?
It is quite bright and dry out there but there is still that chill to the early morning wind and those cloud banks are loitering threateningly!
The wind is whistling in from the west, toppling the two to three feet of surf way too early and then pushing and pulling at those smaller than expected waves. I had hoped that there would be more swell but maybe it will pick up with the incoming tide in a few hours.
In the meantime, there’s no need to rush, you can saunter on down later on by which time there should be a bit more happening.
There might even be enough windswell blowing in to push some waves around to Harlyn by lunchtime!
Maybe. 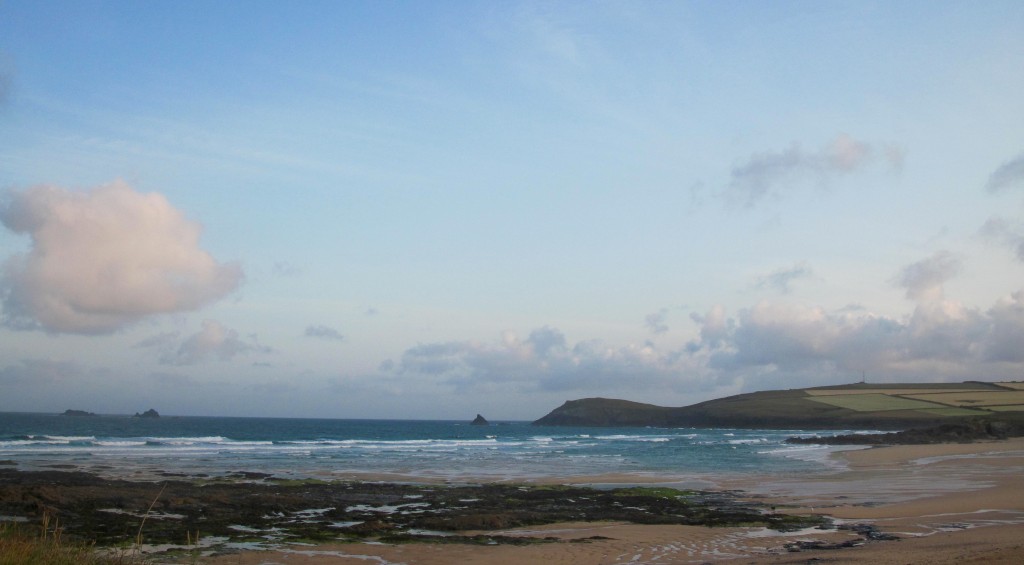 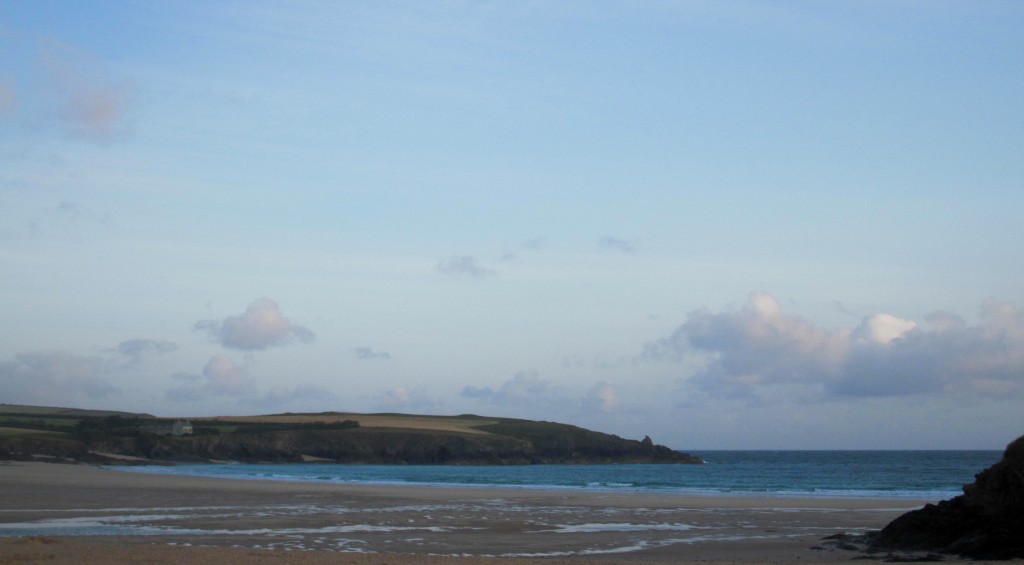 There’s not much surf getting in here just yet and the wind is too westerly anyway.
There is a foot or so of sloppy little waves washing towards the Rock but nothing that you could get a board going on, not properly anyway. But there’s a couple of hours to go before low tide and this wind should push some more swell in, along with the wind.
I would expect there to be a foot or more of surf by lunchtime, cleaner than the other side and getting cleaner as the day goes on.
Maybe. 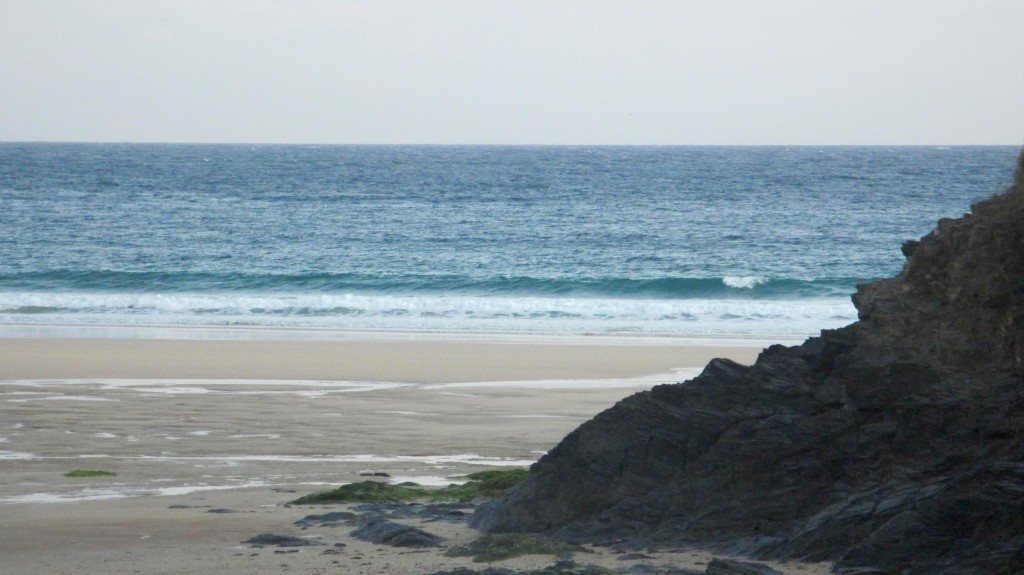 We can expect four feet or so of swell to be blown in on that continuing westerly wind, which should be enough to get a couple of feet of surf around and into Harlyn.
The wind is probably going to stay westerly throughout most of the day, maybe twitching a little to the south west here and there which will be better for Hralyn.
So a lumpy, bumpy but fun and exciting Sunday at Harlyn Bay awaits!

It has been another week of onshores with showers, a consistent three to four foot swell pushing in all along the coast, big bundles of white/grey clouds being ushered along to show a lot of dark as well as some brighter skies too.
By Saturday we should be seeing a new swell and, yes you’ve guessed it, more onshore winds. But those winds are likely to stay westerly or south westerly, which is warmer and helps the swell too, even if it can be damper.
So we could be surfing Harlyn this weekend, only small but quite clean, or biggish but bumpy Constantine side.
At least we should have a choice!
Have a great week, wherever you are and whatever you’re doing!