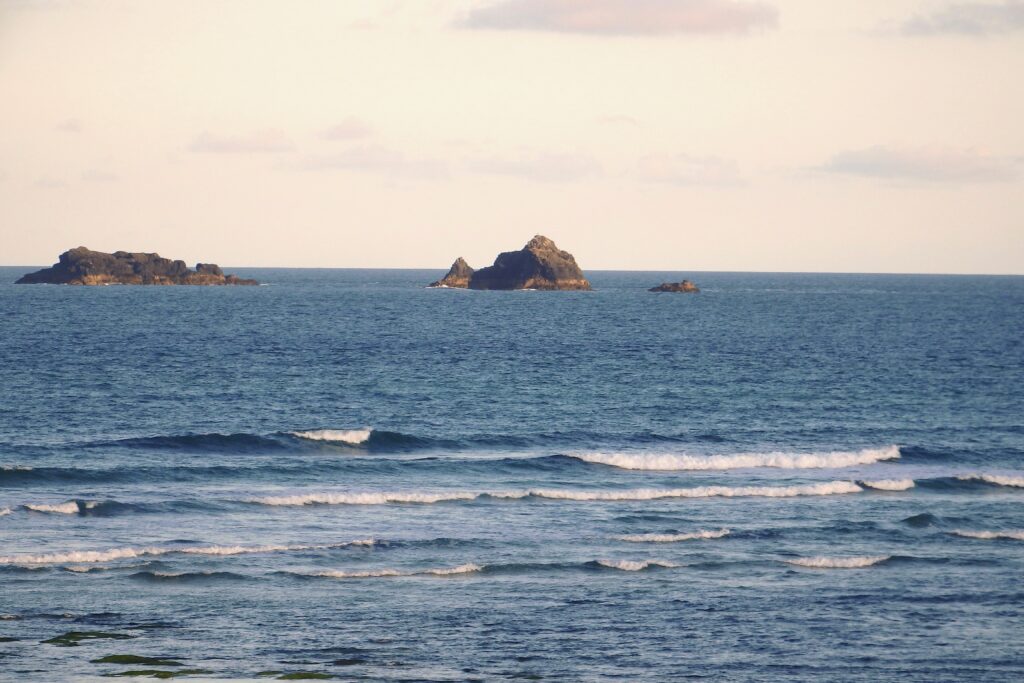 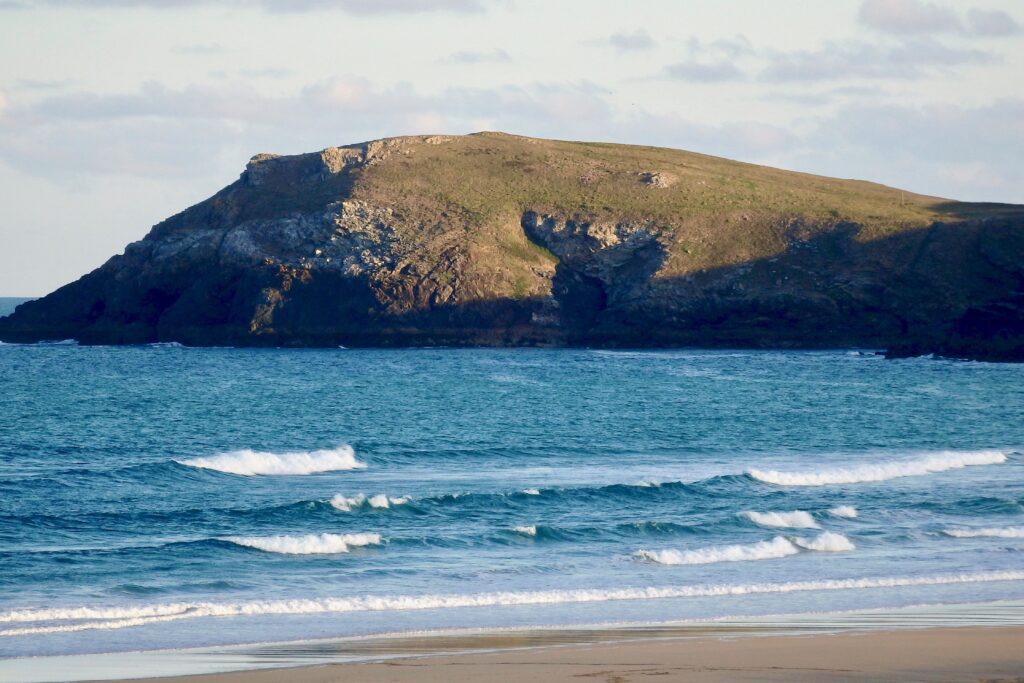 A big sky is spreading from horizon to horizon this morning, those little cloud bundles tumbling along in a chilly north nor’ westerly breeze.
It’s a bright and cheerful, chilly kind of morning, promising warmer for later but with not much going on in the way of surf.
A foot or two of crumbly and reluctant little surf is breaking on the edge of that deep dark blue ocean offering some short and snappy little rides if you’re keen enough.
Really small neap tides are probably going to allow for better conditions later but it is only going to be as good as you make it today! 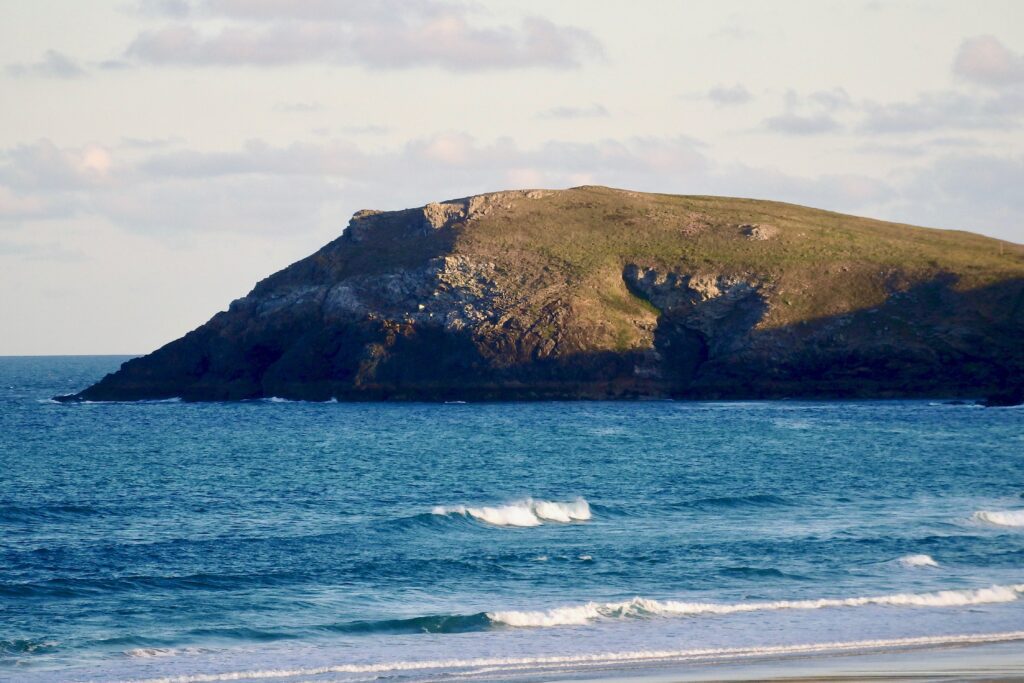 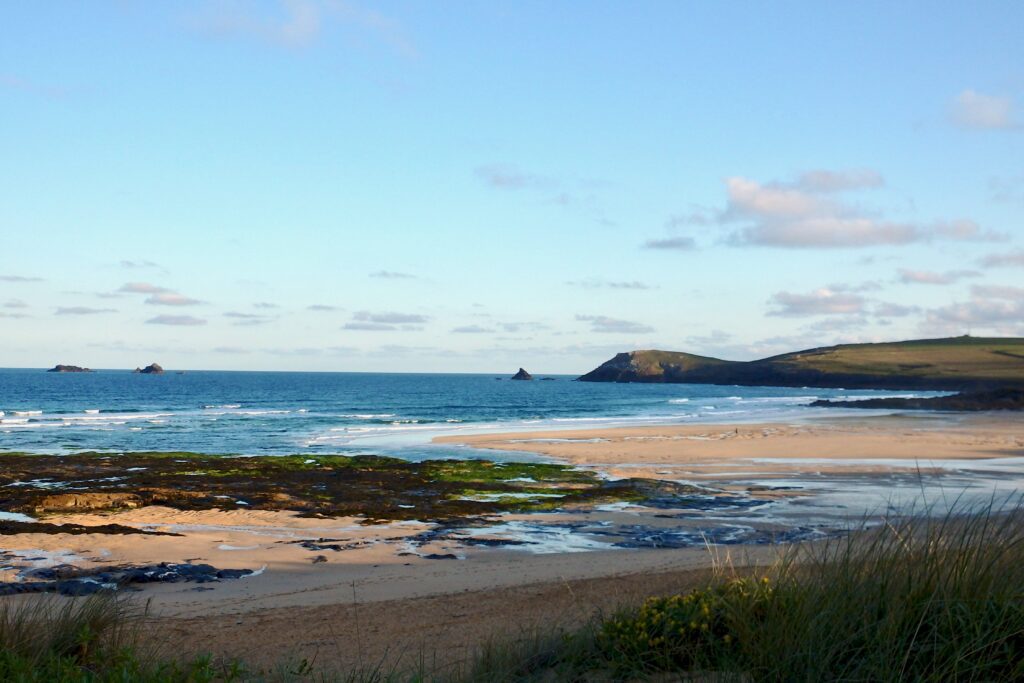 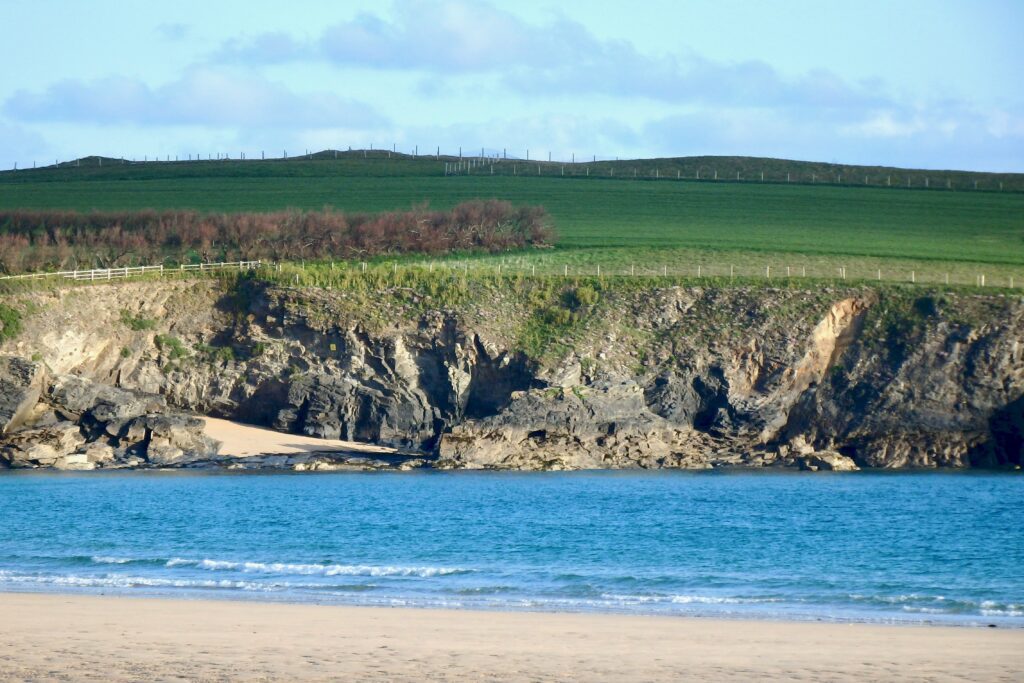 It’s a little mean ‘n moody over at Harlyn this morning with long shadows being cast across the golden sand by that massive sunrise, the sea a deep and dark more wintery looking blue.
The breeze is onshore but that doesn’t matter, there’s no surf anyway.
So, a great place for a wander or somewhere to launch a paddle but you won’t be surfing here today! 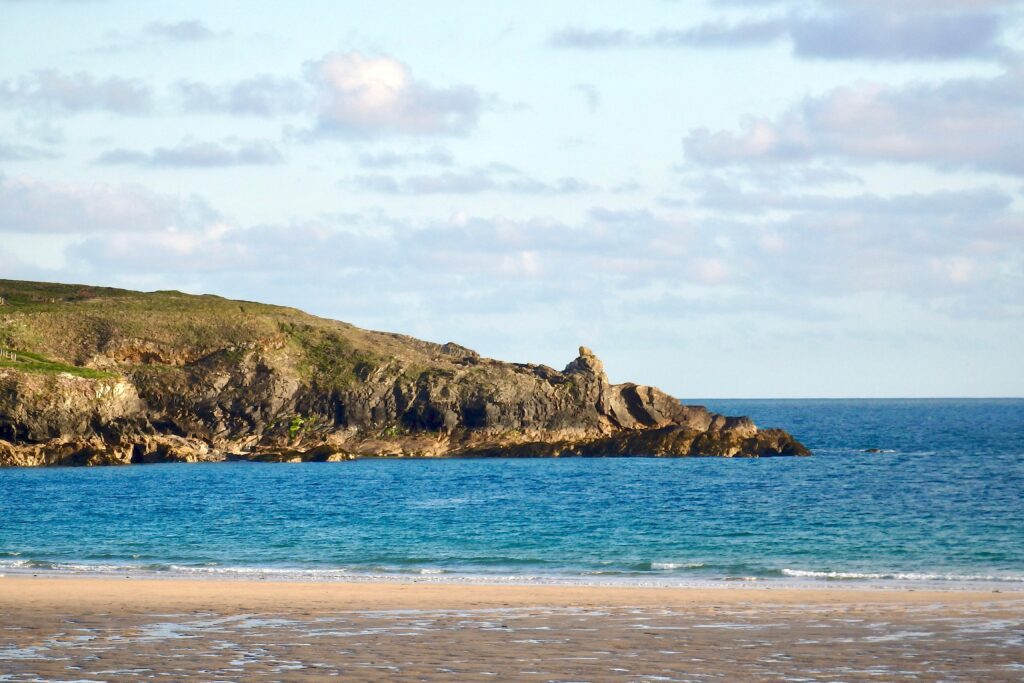 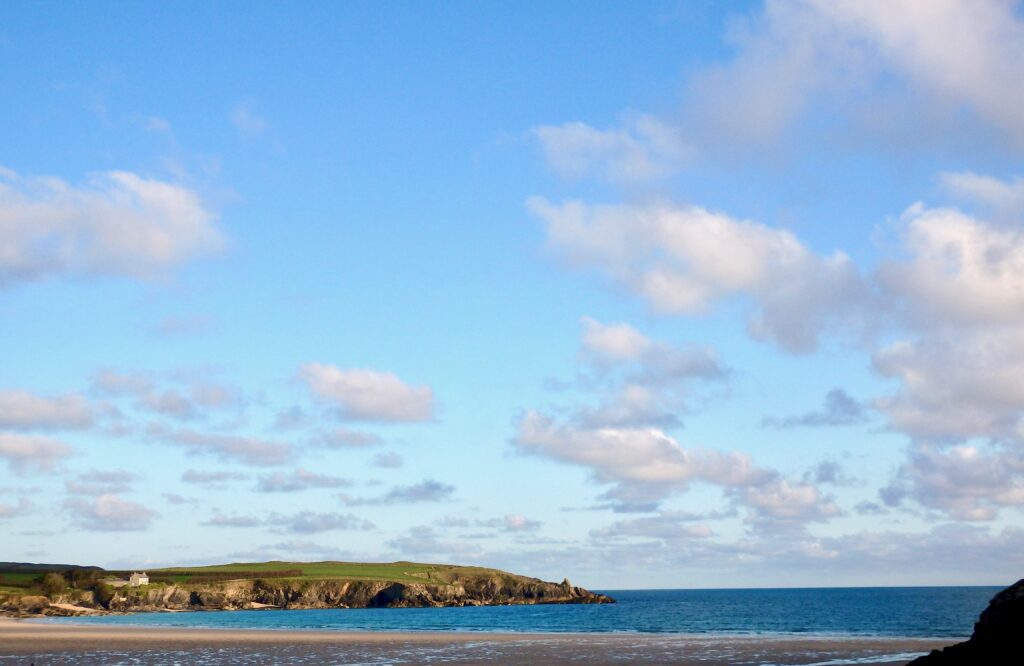 We are expecting a light, light breeze to be gently drifting offshore today under clear and sunny skies with a foot or hopefully two of squeaky clean surf!
Good innit!

A pleasant enough weekend lies ahead with surfers probably enjoying a weekend of two halves.
Light enough winds are likely to be breezing onshore through Saturday just crumbling and bumping the small but fun couple of feet or so of surf.
By Sunday those breezes are likely to have shifted offshore with only very light easterly going south easterlies making for cleaner conditions.
Grab the longboard (or Fish) it looks like it’s going to be a gliding and sliding kind of a weekend!
Have a great weekend, wherever you are and whatever you’re doing!