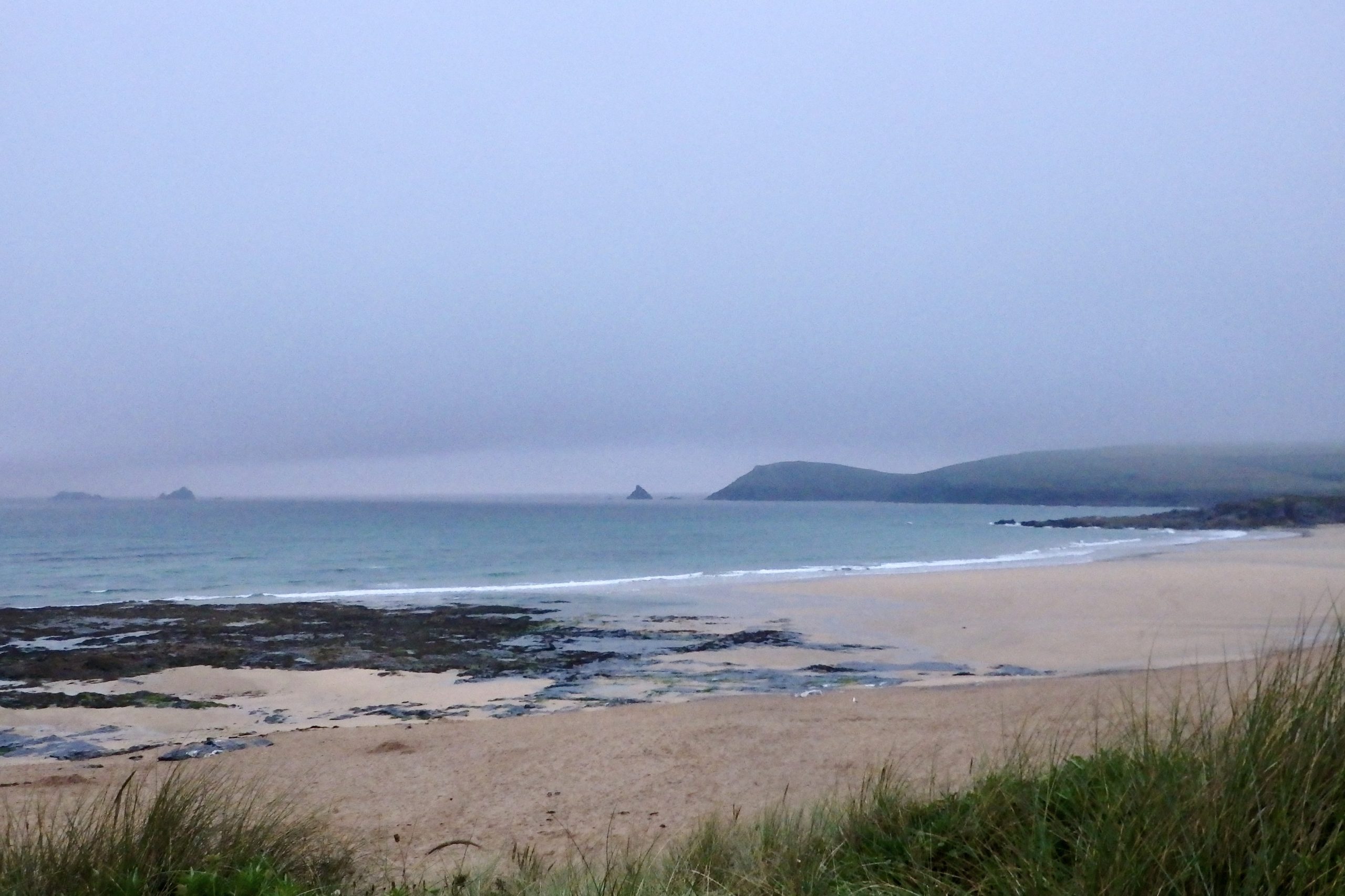 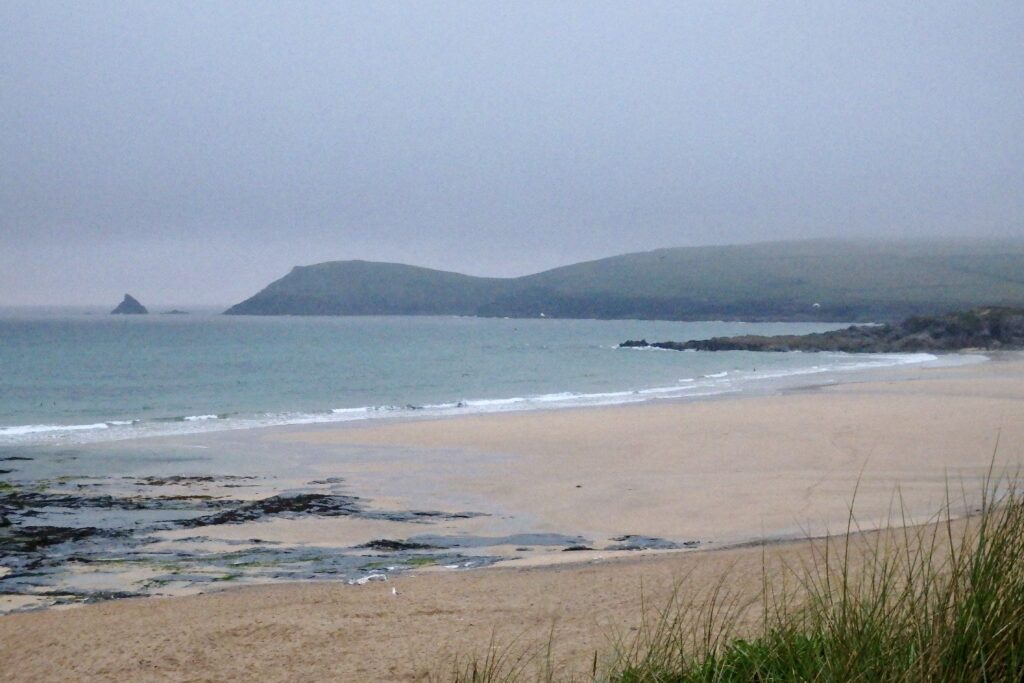 Another damp and dismal, rainy old morning is starting us off again today, that light but clinging and superwet rain kind of mild but irritating at the same time.
But there’s a lightness in the air promising better for later and maybe not that much later.
In the meantime the surf is pretty much flat and a little crumbly too and is likely to stay that way for most of the day.
Which might just give me time to fix my email account – if the electricity doesn’t keep dropping out again!
You gotta luv August! 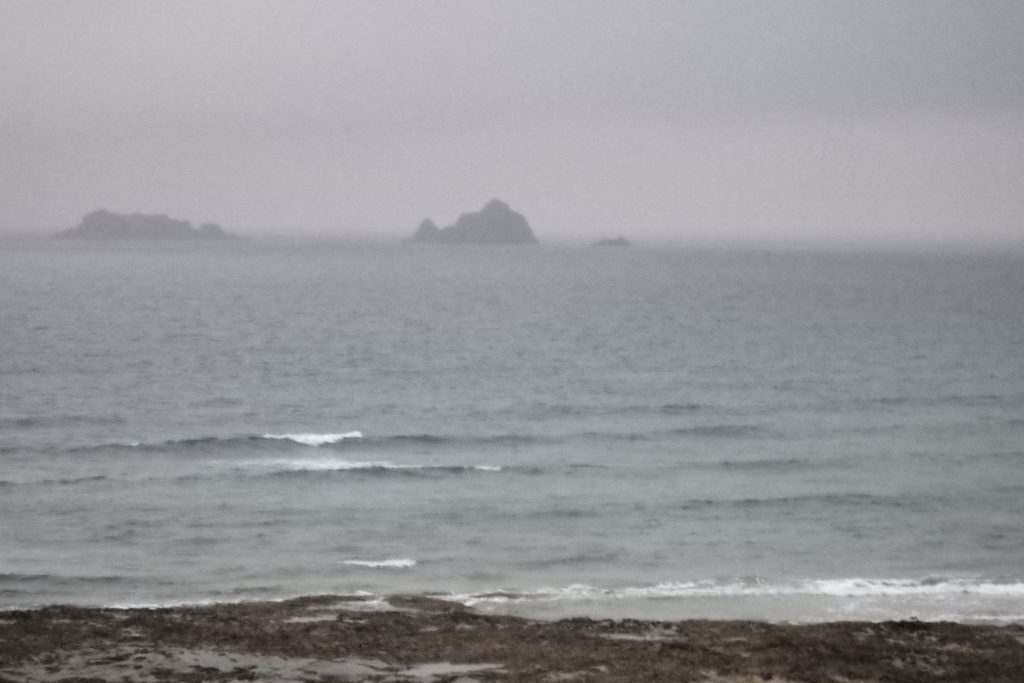 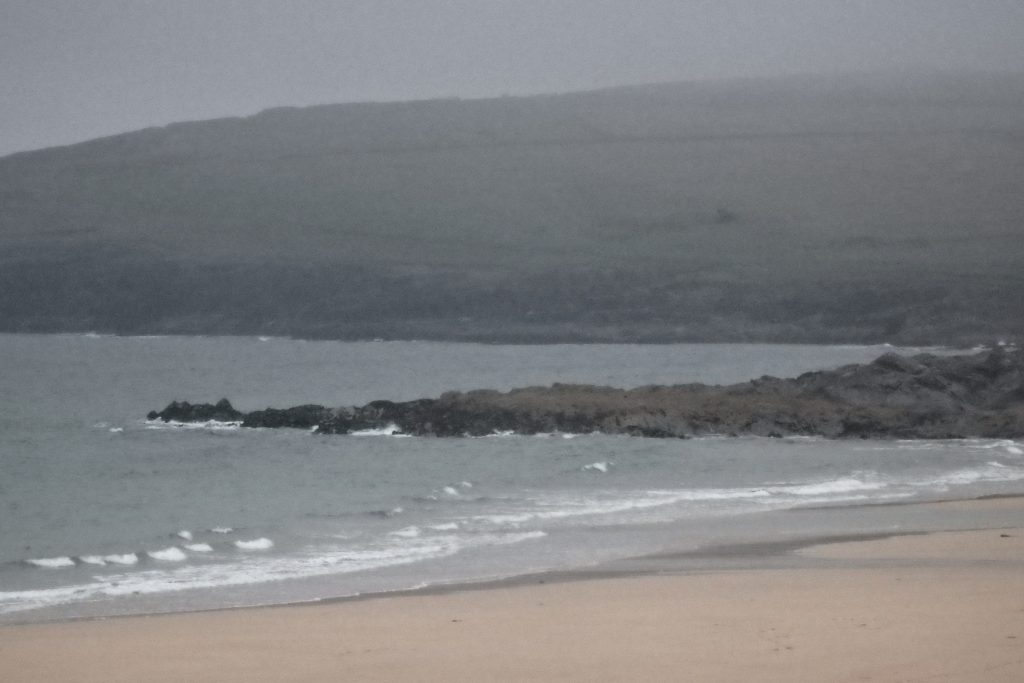 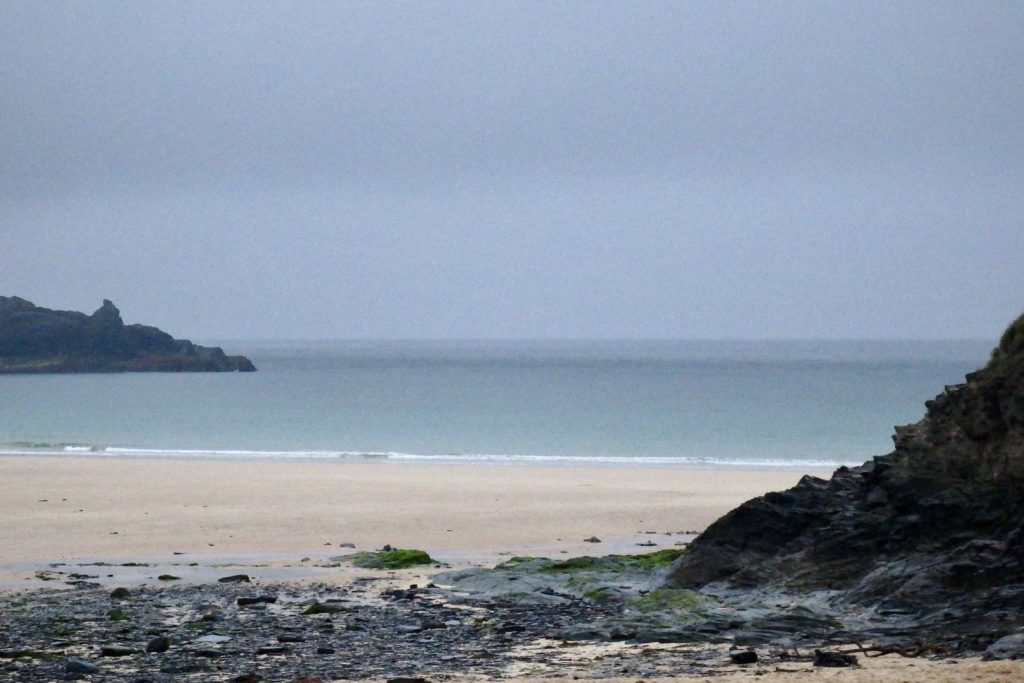 If it’s atmosphere you’re looking for then Harlyn is your place this morning, shrouded in the gloom and mist of high summer rainfall with that silver pink light of a late summer dawn.
The sky will brighten soon enough but it’s unlikely that the surf will be anything more than flat – all day long. 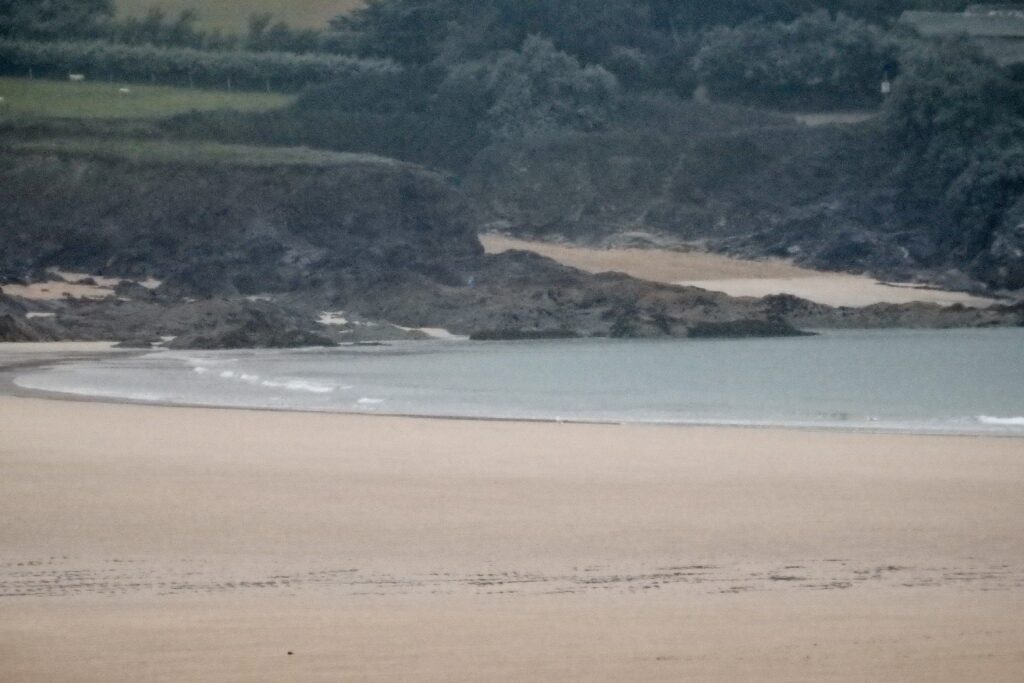 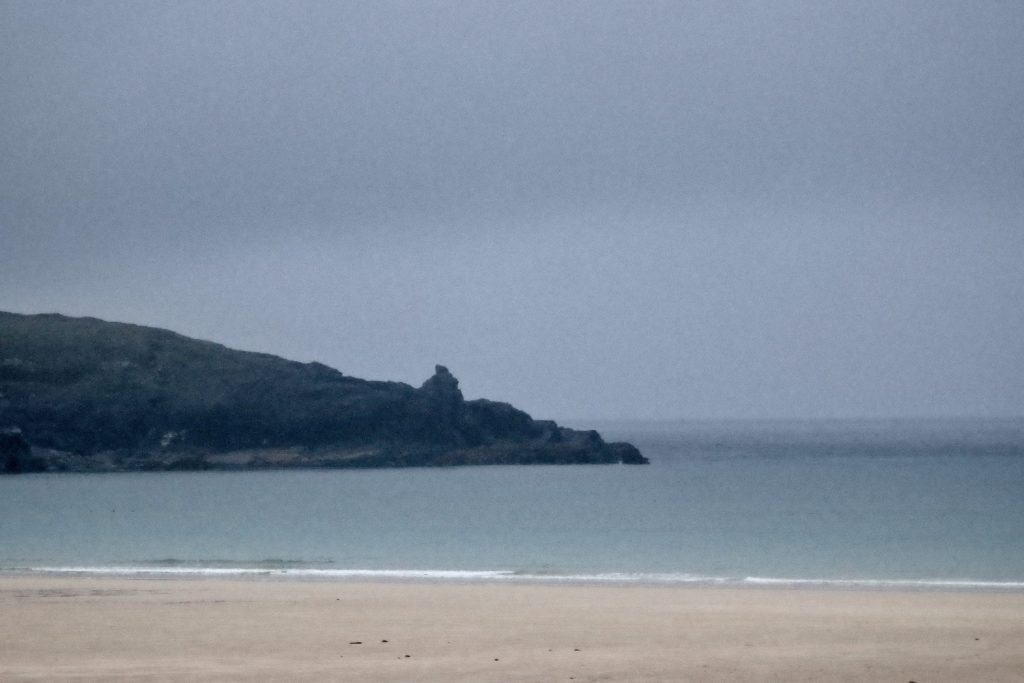 A light westerly breeze whispering in from the Atlantic might freshen the air today but it’s unlikely to influence the flat surf at all.
Get the skateboards out, those surfboards might be stowed for a wee while yet!

Light breezes, fog filled skies, late afternoon sunshine and pretty much flat conditions are going to prevail this weekend.
With no swell generating activity anywhere to be seen out in the becalmed Atlantic we can expect a frustrating weekend of tiny little waves tumbling over the shallows to tease and beckon but really there won’t be enough oomph other than for the biggest of longboards.
But the swimming should be fine and, if you time it to perfection, you might just find shin high some peeling peaks on that bank at that stage of tide but only lasting for a moment or two.
Don’t forget the sunblock though!
Stay safe, stay happy, stay well and have a great weekend, wherever you are and whatever you’re doing!