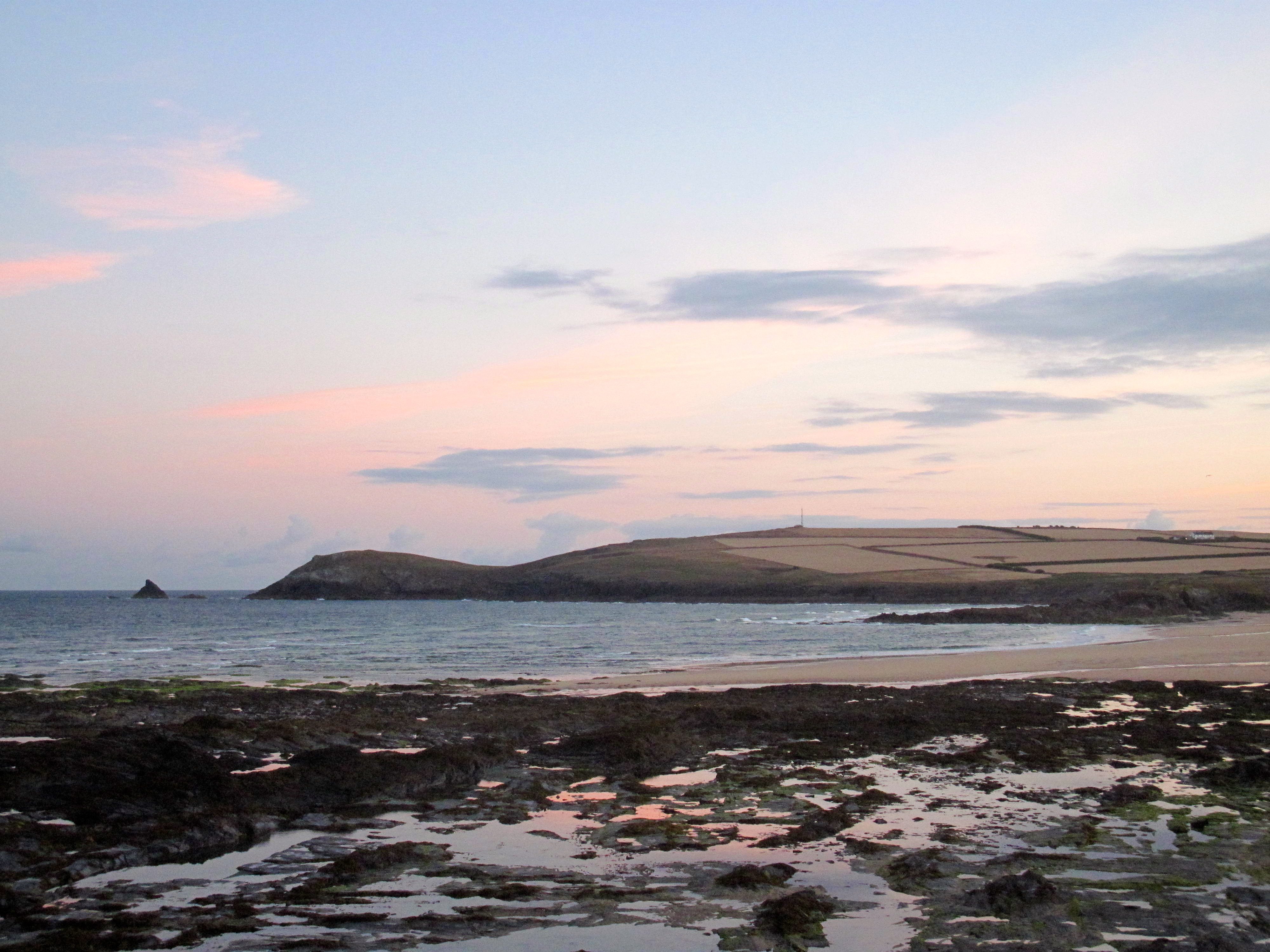 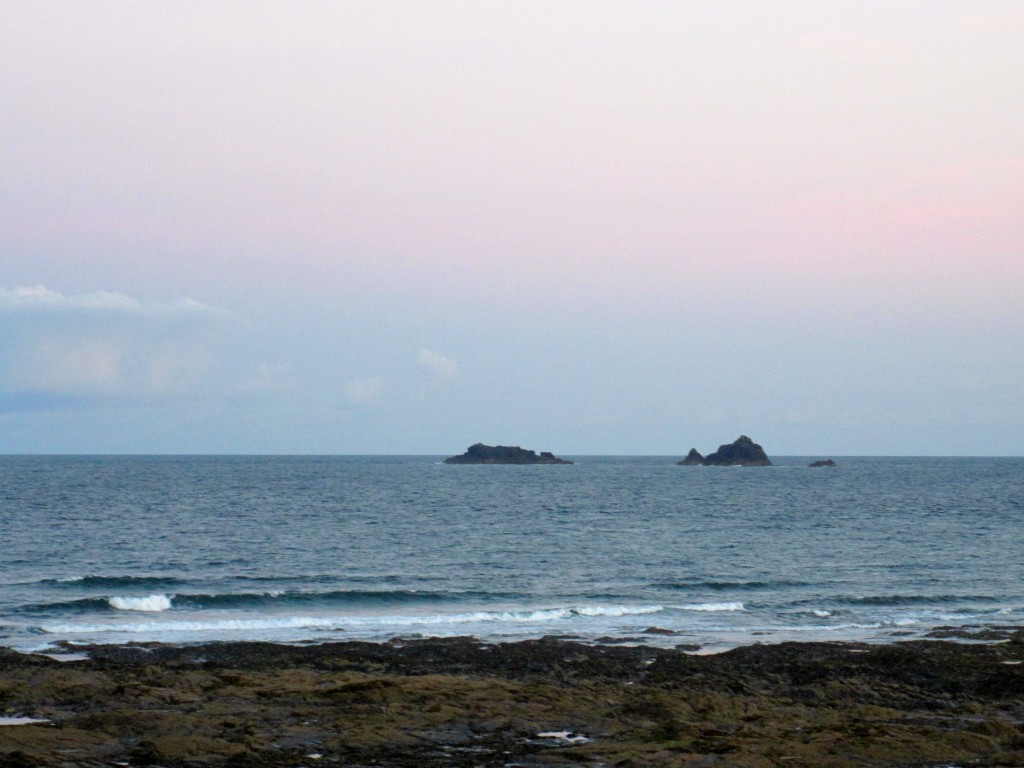 It’s bright enough and cheery enough this morning with the light but chill caress of approaching Autumn just keeping it all in check.
The sky is mostly clear, a few wedges of cloud, like sand traps on the 18th, drifting in the distance, the semi-moon underscored by the vapour trail of an early morning trans-atlantic flight.
The surf is junk, small and barely rideable junk.
But that is only a couple of hours after low water, it could (should?) build, if only a little, over the next few hours. The dropping tide through midday should show some small and bumpy but fun little two foot surf, cleaner in the corners, the set waves being the ones to look for.
Other than that it looks as though we are in for a pleasant enough day and so it will be worth getting a surf in at some stage.

And don’t forget the Carnival!  St. Merryn Carnival rolls through the village at 7 o’clock tonight, so you might want to grab a bag of fish ‘n chips and watch the procession, or get involved and enjoy! 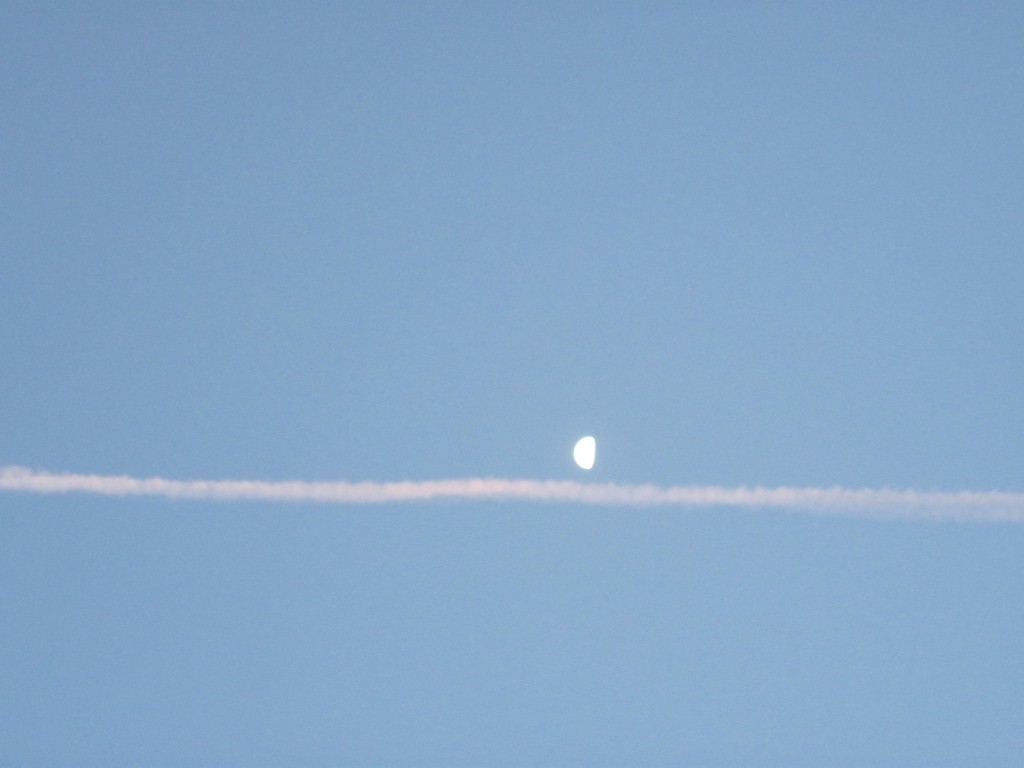 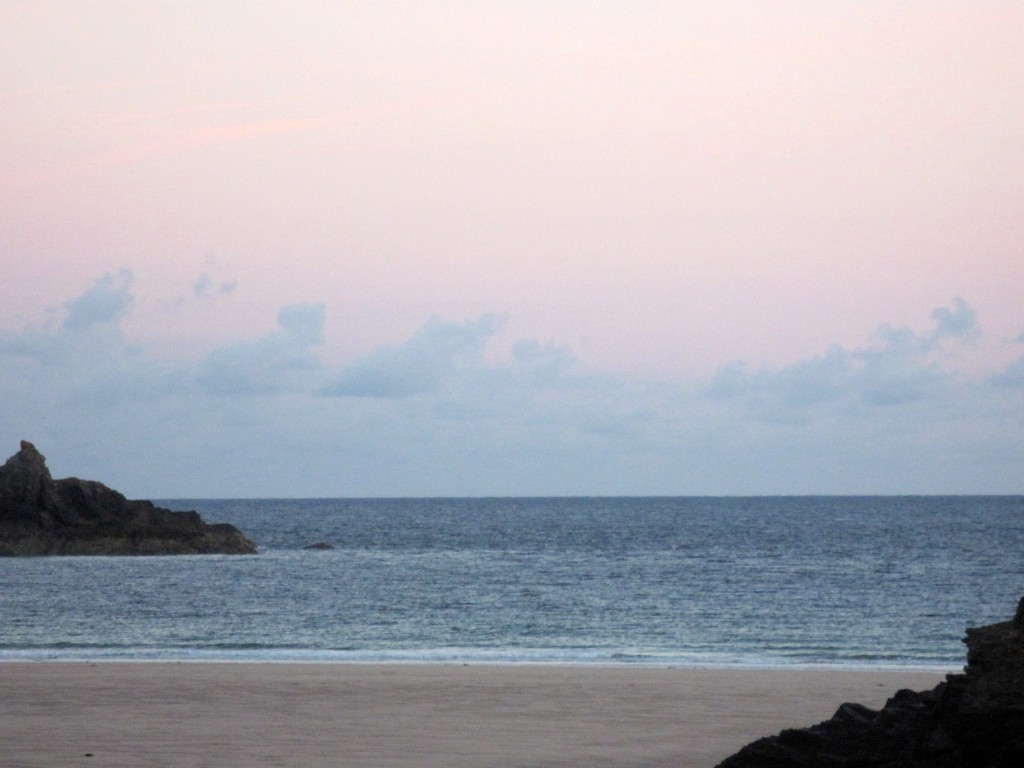 No, it’s totes flat (as I overheard being said yesterday!?).
To be accurate it’s totes flat and a bit choppy too, that wind, light as it is, blowing in from the north west.
If you want to surf today then you’re going to have to slip back across the headland and ride those little bumpy ones over there!

Well, it should be bigger today, we can expect a decent couple to three feet or bigger surf but that same north westerly wind will continue to blow, chill and onshore.
The sky might be slower to brighten today as well but it should end up being fine enough by midday.
So, a fun day of some bumpy and bouncy three foot surf.
That’ll do in twenty degree water temperatures!

More onshore winds are set to blow through the end of the week and take us through the weekend too.
It should all be a bit brighter and more pleasant by Saturday than that midweek chilly stuff, but the surf is still going to be sloppy and choppy. With just a little bit of timing and a little bit of waiting and a little bit of watching you should be able to find some fun surf but it is still likely to be only mixed up and sloppy stuff.
By Sunday the surf should be bigger, still a bit bumpy and sloppy due to that north westerly wind but fun surf nonetheless.
And that water temperature is fine, a balmy (for the north atlantic) 20 deg C on average with the chance of warming up a bit further yet.
And that choppy, sloppy surf is much more fun when it’s warmer!
Have a great weekend, wherever you are and whatever you’re doing!