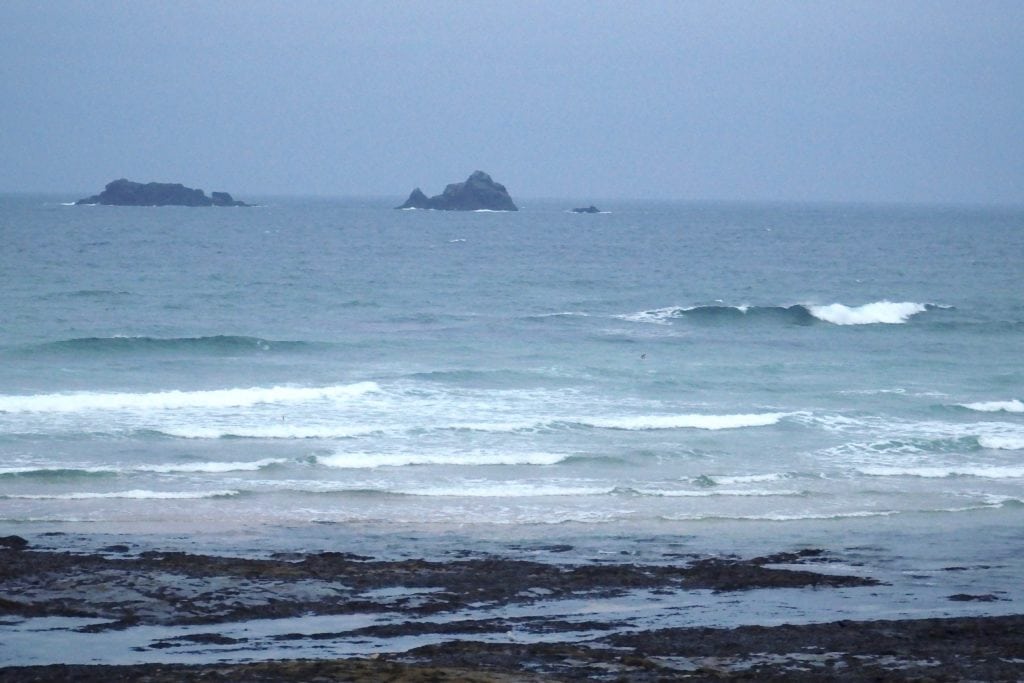 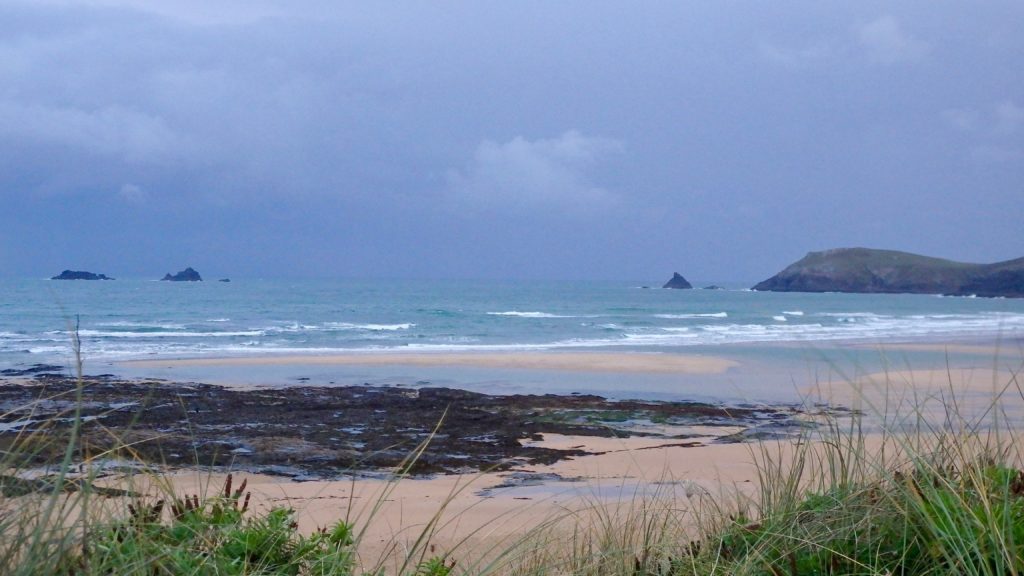 The wind is maybe a couple of degrees more to the north, those rain squalls are maybe a litre or two heavier and the temperature is maybe a degree or two colder than yesterday. Other than that we have an almost perfect replay of yesterday’s wet and miserable morning!
The horizon is made up of fifty three shades of Grey while above us there is just a glimmer of a chance of those downpours slowing.
But it cleared eventually yesterday and so it will today, we just might have to wait a wee while!
The surf is small, a couple of feet maybe while the wind continues to slop and chop it all, making for another day of small and junky surf. Give it a few hours though and at least it should look better in something a little brighter! 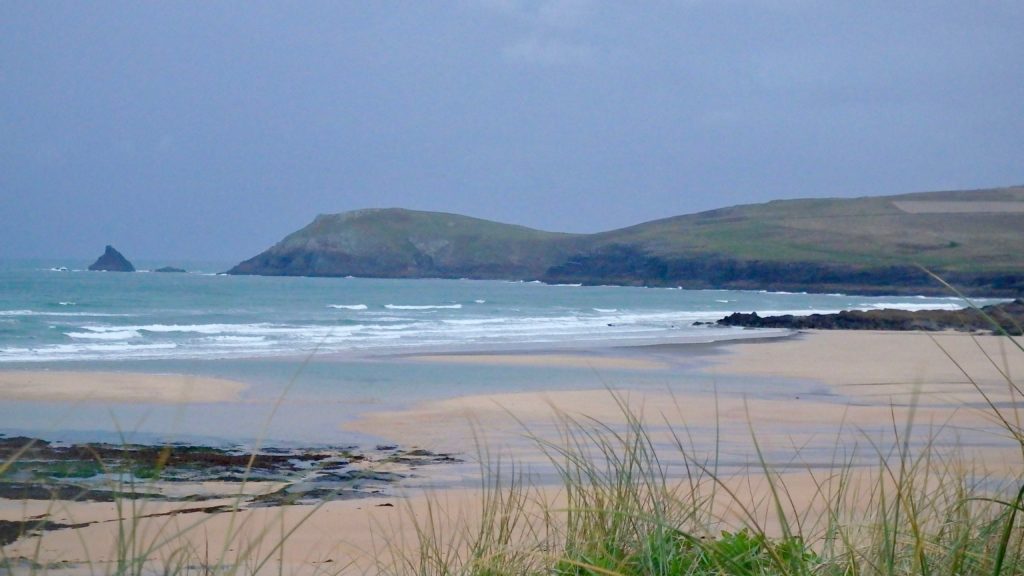 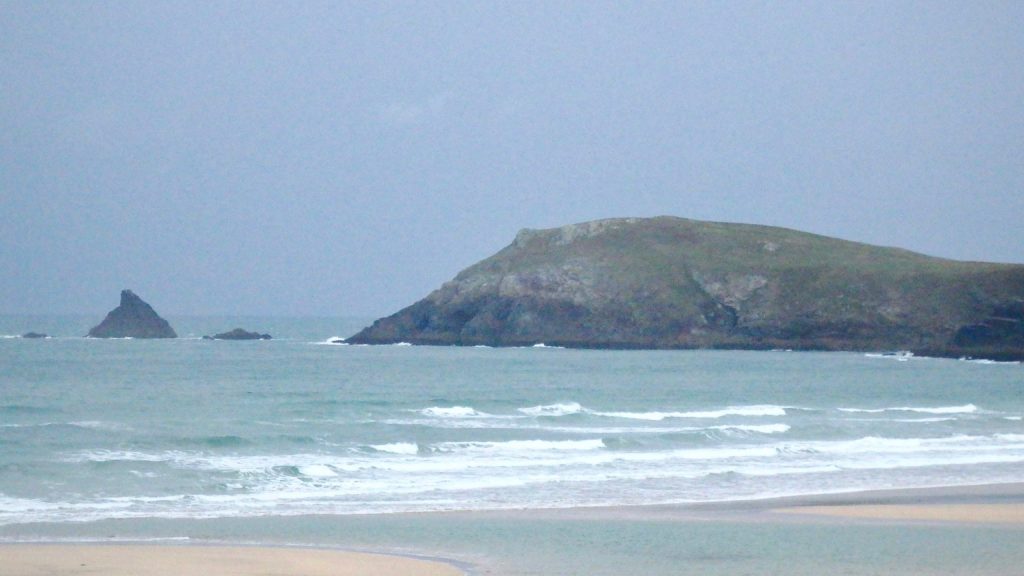 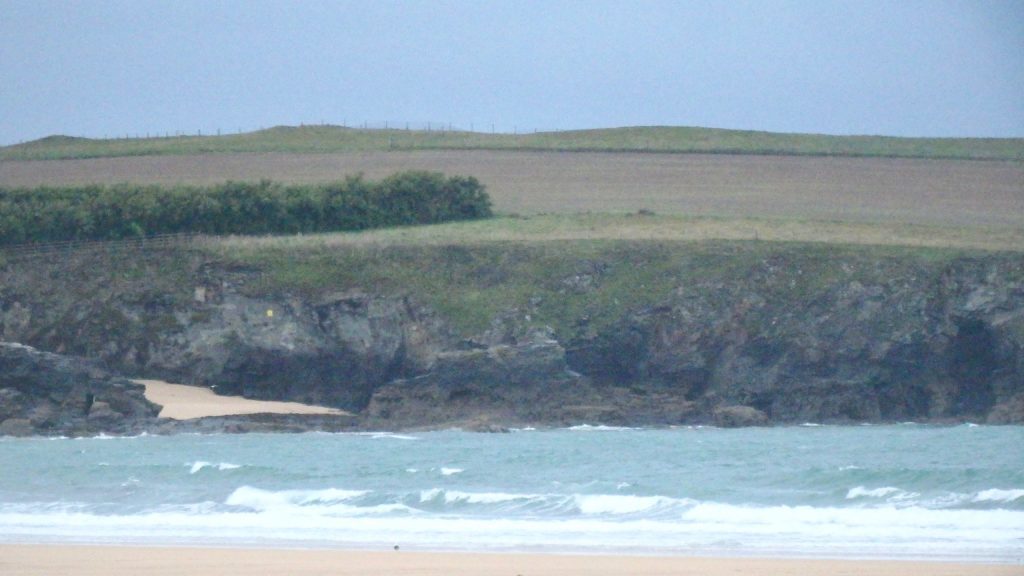 A foot or so of windblown chop is all that can be seen here today, that north north westerly wind continuing to blow fresh onshore.
The weather is miserable and the surf is barely worth a glance.
Luckily we have a nice cosy surf shop to hang in, filled with all sorts of wonders to dream of! 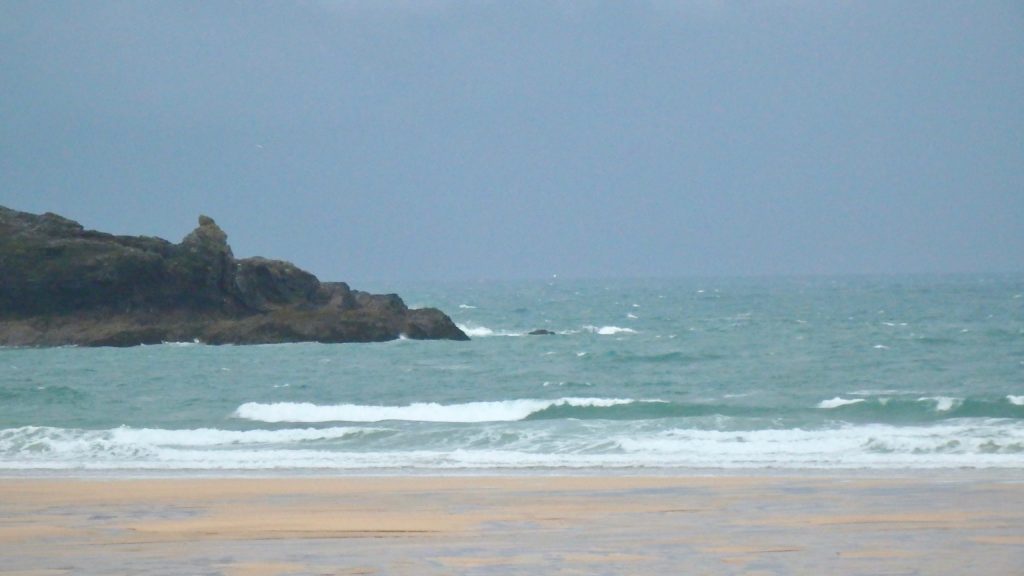 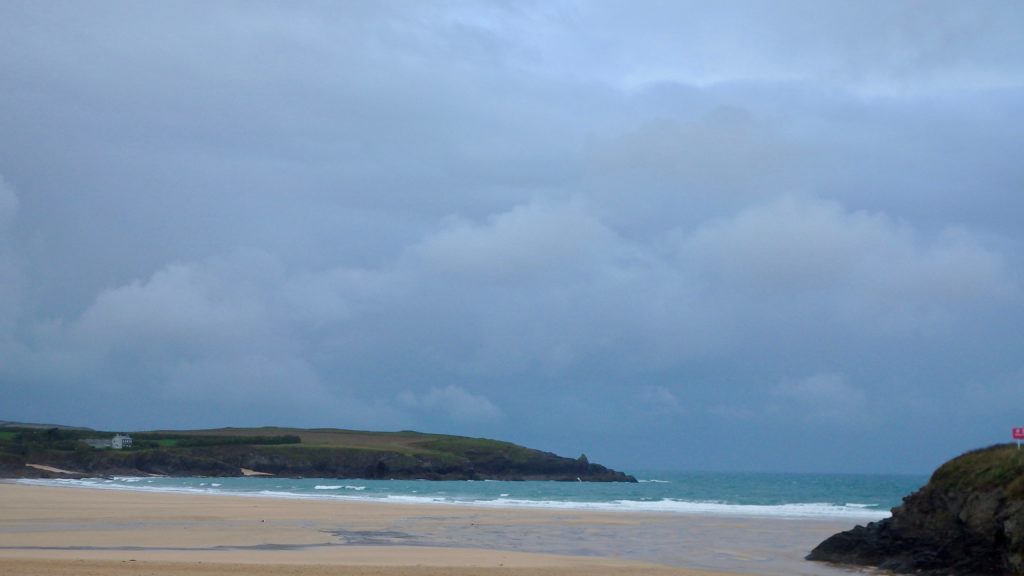 The weather should be brighter and the waves should be cleaner!
The surf is only going to be small, real small but those little waves might just be reeling and peeling as they reflect some golden autumn sunshine!

Well, it should be a lot calmer and brighter and cheerier by Sunday but otherwise we are still likely to be enjoying mostly onshore winds this weekend still blowing from the north west.
Except for that spell on Sunday morning, maybe.
So Saturday looks like an extension of this week with those north westerly winds chopping and slopping the two feet or so of already mixed up junk surf, all accompanied by some torrential downpours!
We might just enjoy a short respite of more north easterly breezes by Sunday morning, at least allowing those probably tiny little waves to clean up a little at the more sheltered south west facing coves and bays.
And then we will be back to a more south westerly air flow as we go into next week. Which should at least push the surf up a little!
Have a great weekend, wherever you are and whatever you’re doing!