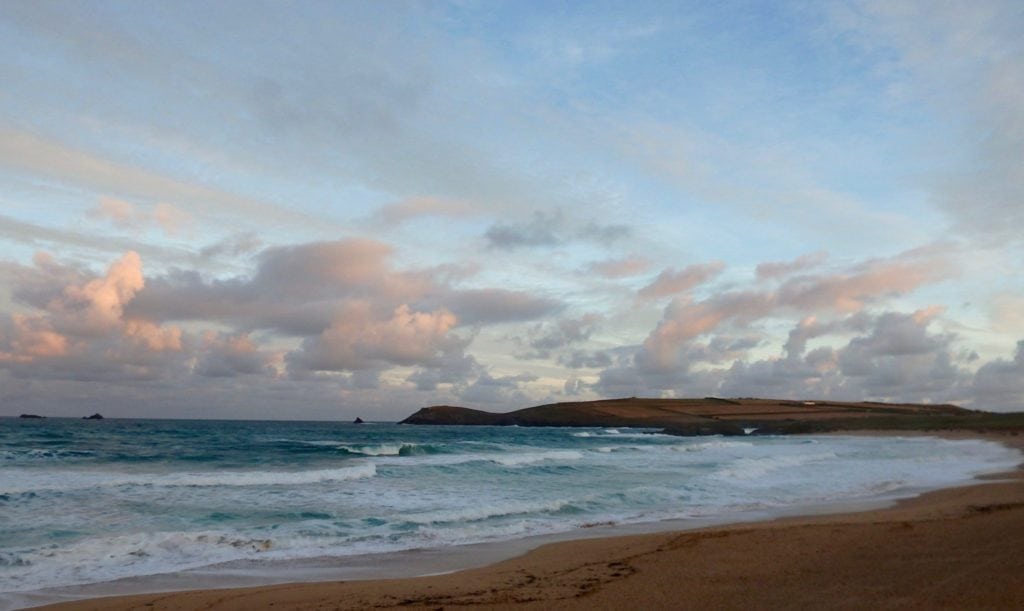 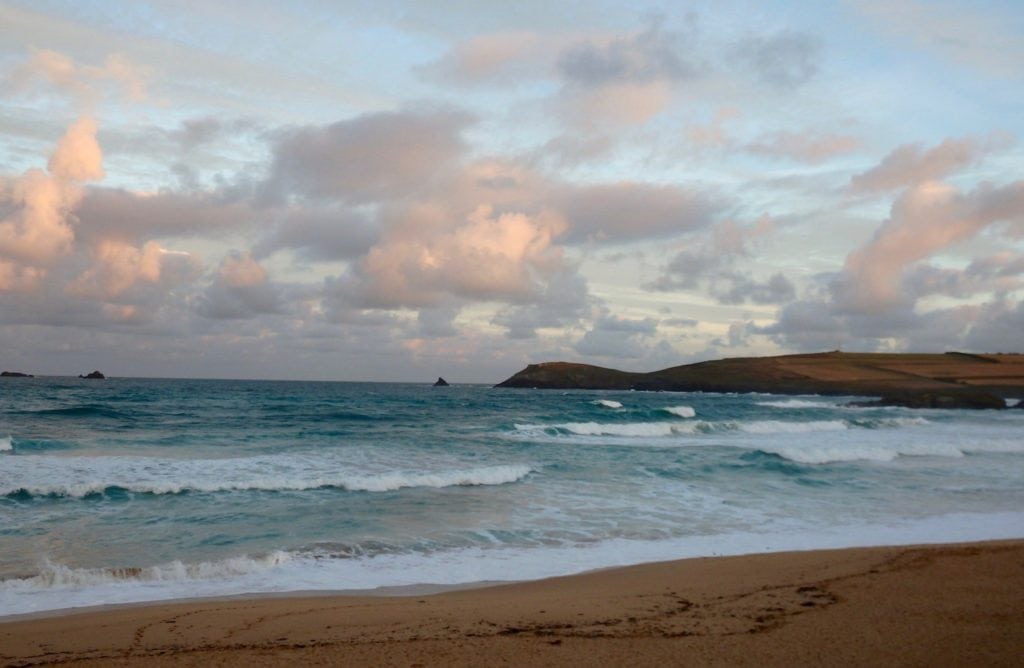 It’s a breezy and quite chilly but mainly dry one this morning, that same old north westerly wind scurrying down the coast, muttering autumn and whispering winter.
And so the surf is a mixed up mess of three foot waves again, those broken waves bobbing into the bay as the tide thinks about dropping out.
The forecasts are showing that the wind should calm to no more than a breeze as the day goes on, while the sun should shine brighter by this afternoon too and that always makes a difference.
So, once again there are waves to be ridden but they are just a bit sloppy and choppy! 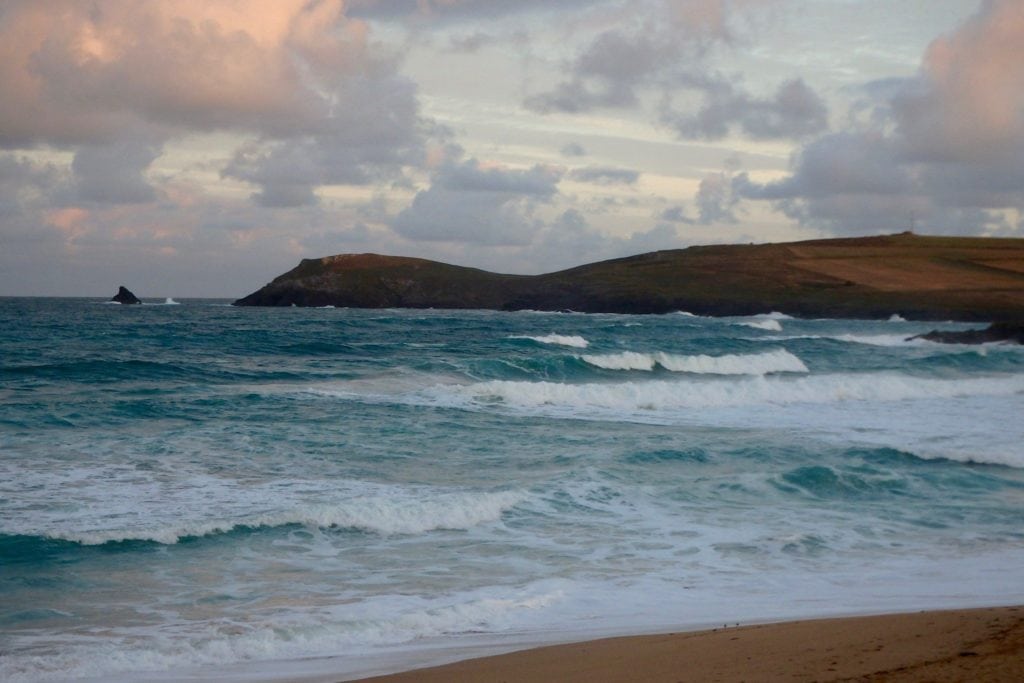 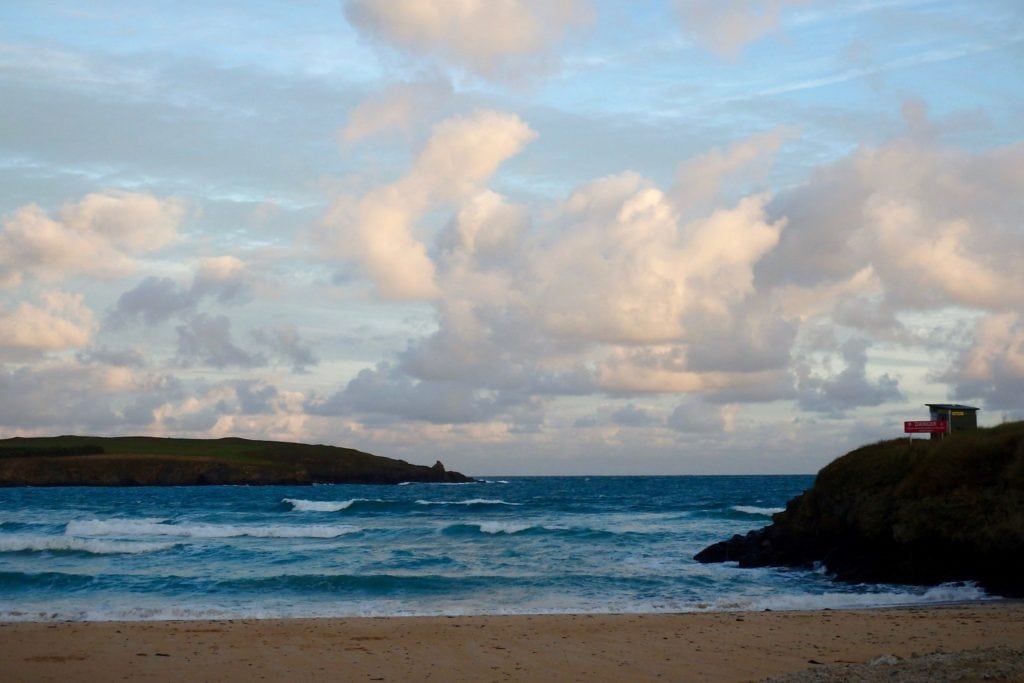 A couple of feet of onshore blown junk surf is plunging onto the sand just off high tide this morning, that north westerly wind blowing fresh and straight into the bay.
Conditions should improve by this afternoon, although those little waves are likely to get even smaller as the wind eases back in strength! 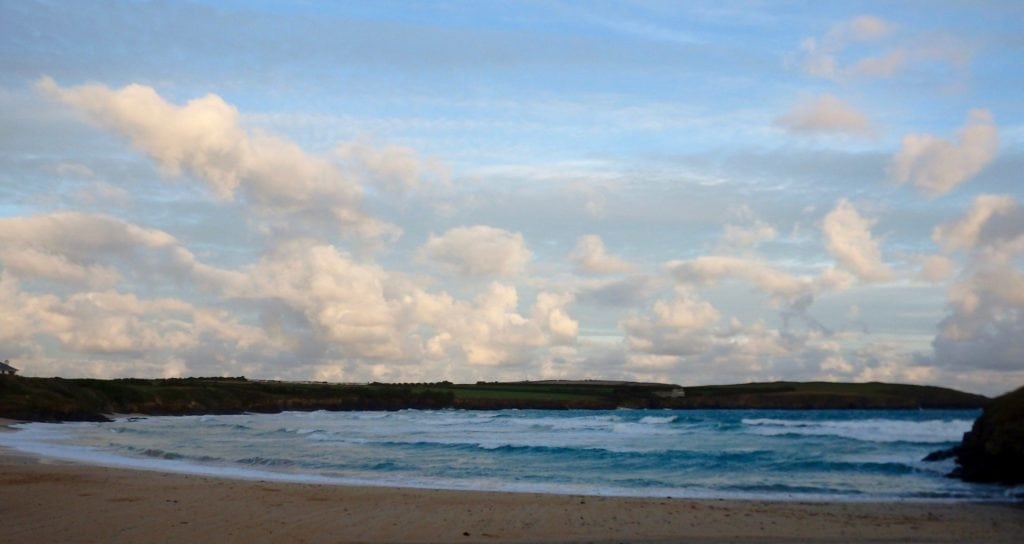 A couple of feet of surf is likely to be blown in by a light but freshening south westerly wind.
The early morning breeze is likely to strengthen with the afternoon sea breeze effect, the surf slopping out through low tide.
But the evening could/should clean up, maybe allowing some cleaner little waves to ride for the evening high tide!

Onshore winds are going to change the surf conditions over the next few days, this fabulous week finally ending with chilly north westerly winds dropping the temperatures while also slopping out the smaller surf.
And that is likely to last all the way through Saturday, the surf getting just a bit bigger than Friday but still only a couple to three feet and choppy.
The wind is likely to have switched to the south west by Sunday, pushing some more swell our way and allowing Harlyn to have more shape – if there’s enough swell to get around and into there!
But it won’t be long before those north westerlies are back making a mess of what surf there is washing around the bays!
Have a great weekend, wherever you are and whatever you’re doing!