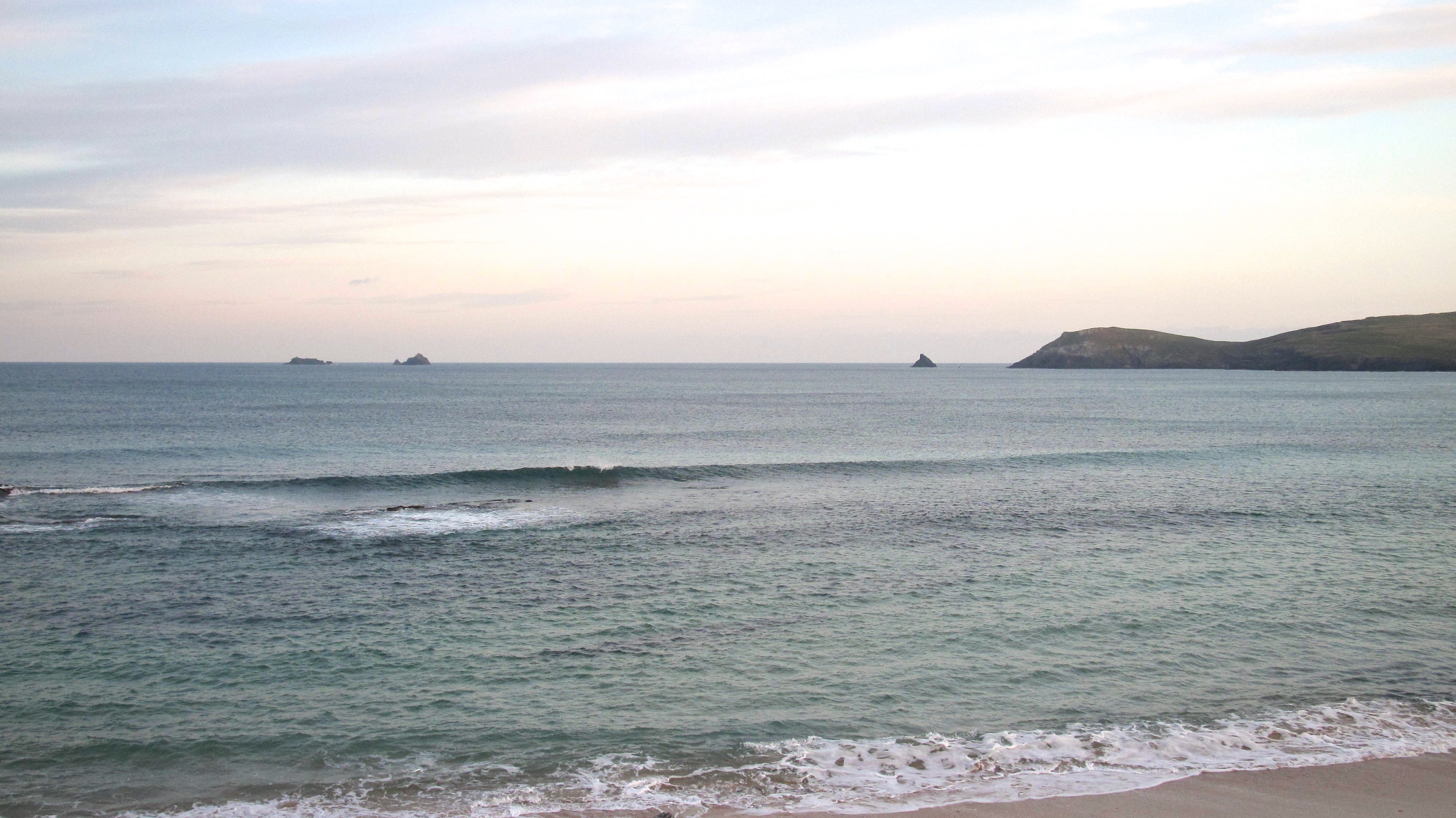 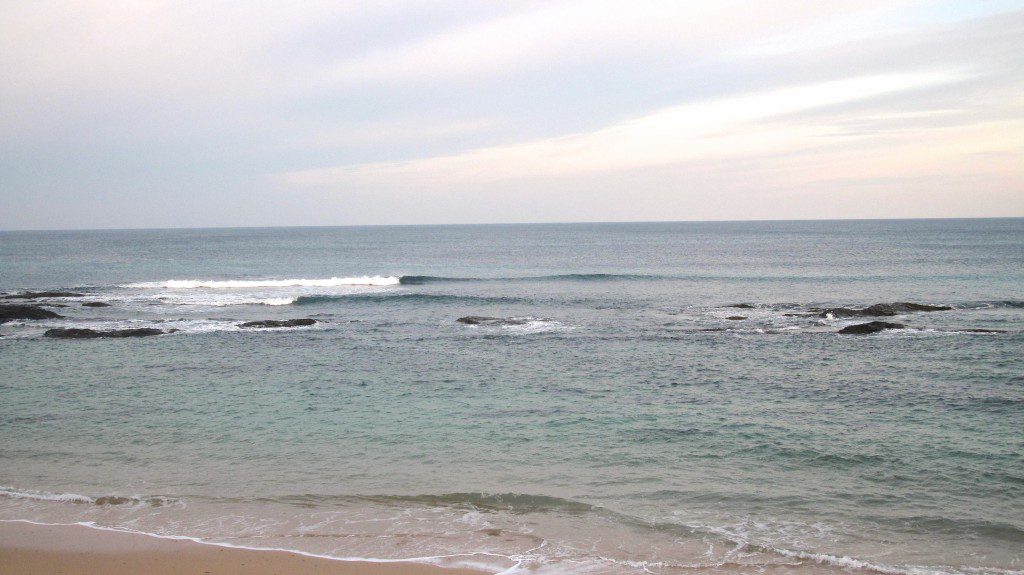 The wind is a bit nippy this morning, a chill easterly steadily blowing straight offshore.
So it would be great if the surf was powering in against that wind but we might have to wait a while for that! Right now there’s barely a foot or two of widely spaced and massive wave-period little waves. They are beautiful and immaculate little waves but they’re not much more than shin to knee high just yet.
The weather is pretty good with lots of blue bits spreading into each other, a bit of dullness out on the horizon but it’s all about the wind today. If the wind eases then more swell will get through sooner.
There should be some pumping surf by tomorrow but in the meantime we might have to drag the longboards out for a glide! 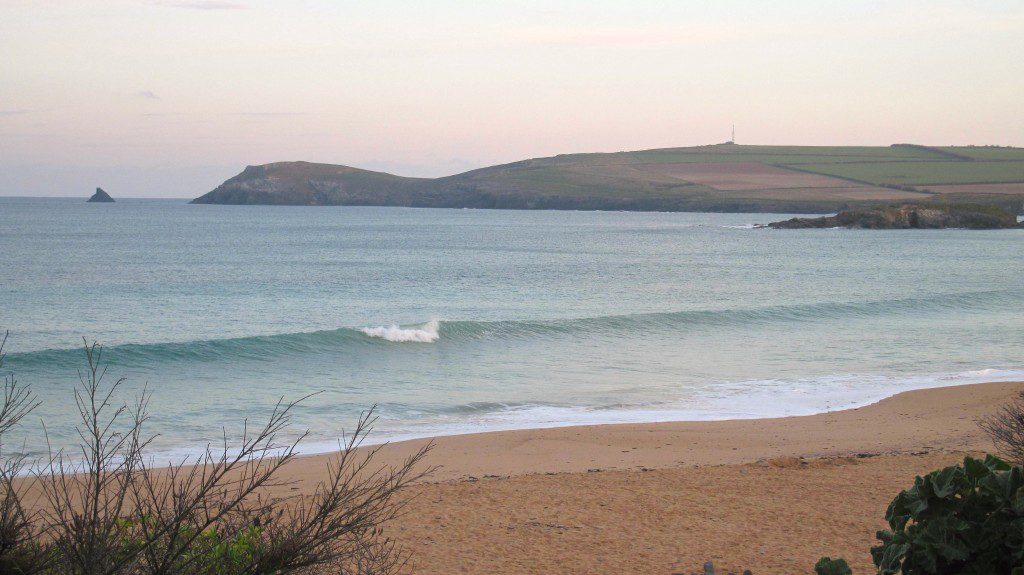 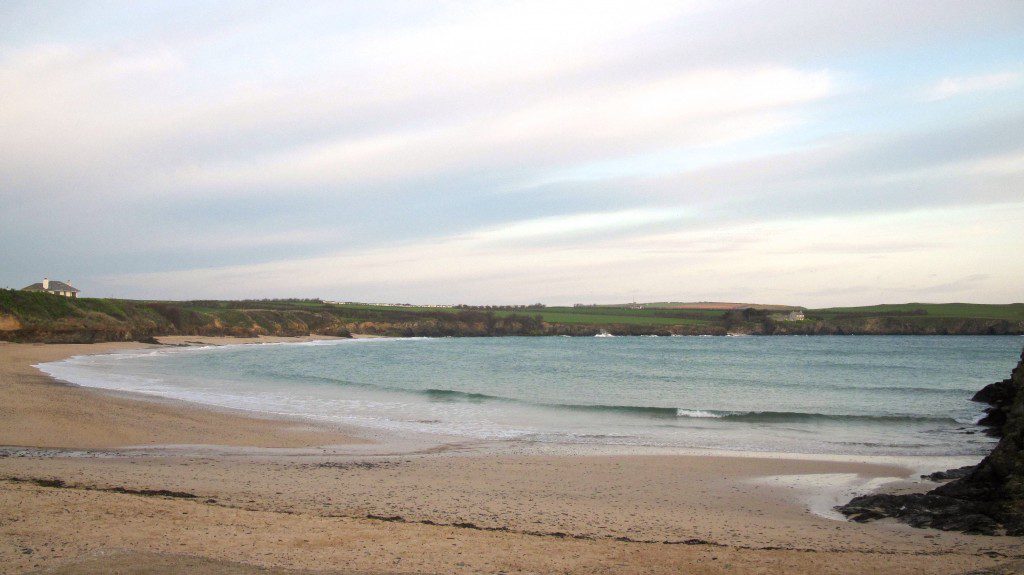 It’s pretty much flat around here again this morning, the winds smoothing the water’s surface and making it pretty but not helping those tiny waves.
It’s the other side of the headland again today but it is only small over there as well.
Small but peeling and fun looking if you have a longboard! 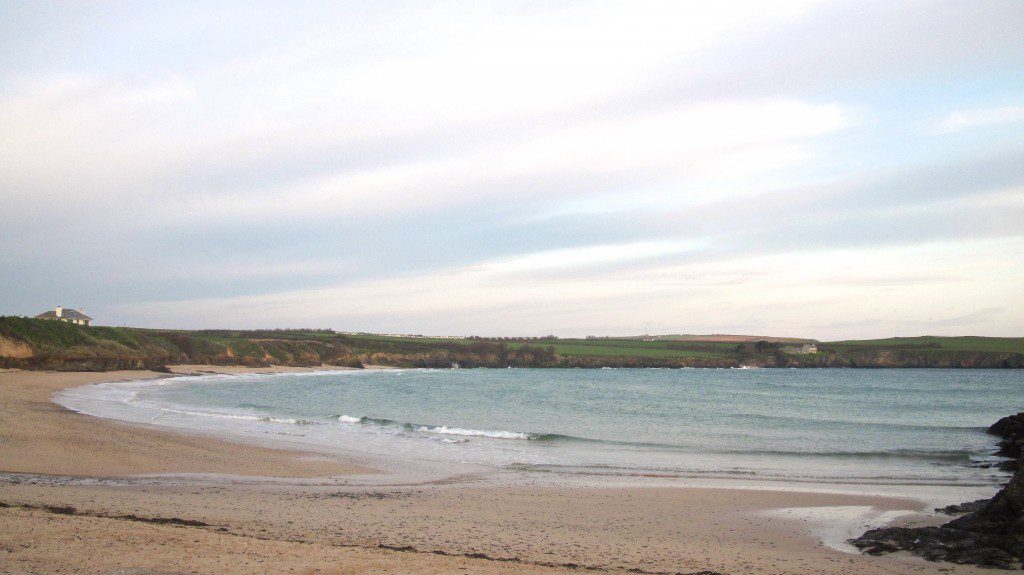 Oooh, it could just get good today! And with just a little luck it could get very good!
There is a depression out in the Atlantic that should be spinning waves our way, those waves arriving through the day with massive spaces between the sets and a huge wave-period adding a lot of strength to them. Those two to three foot waves of dawn should quickly double in size as the morning unwinds, getting even bigger as the afternoon tide pushes in.
The wind is set offshore all day, starting off as a gusting north easterly, relaxing as the day goes on, easing into a steady breeze by the evening.
It could just be a five star Sunday for surfing today!

It looks as though we should be enjoying more settled and pleasant conditions throughout the weekend and the surf should build too!
The swell is likely to weaken as the weekend arrives with frustratingly small conditions rolling through Saturday, the offshore wind strengthening quite a bit, the weather remaining kind.
Longboards and Fish are likely to rule through Saturday, those small but immaculately shaped little waves providing some fun sessions!
And then, as a weather system develops way out in the Atlantic, we should see a strengthening in the swell through Sunday with some great surf expected all day long, building well into the week ahead.
So, a weekend of two halves awaits with small waves for Saturday with fresh offshore winds getting much bigger through Sunday, the wind strength dropping but still staying offshore.
Have a great weekend wherever you are and whatever you’re doing!