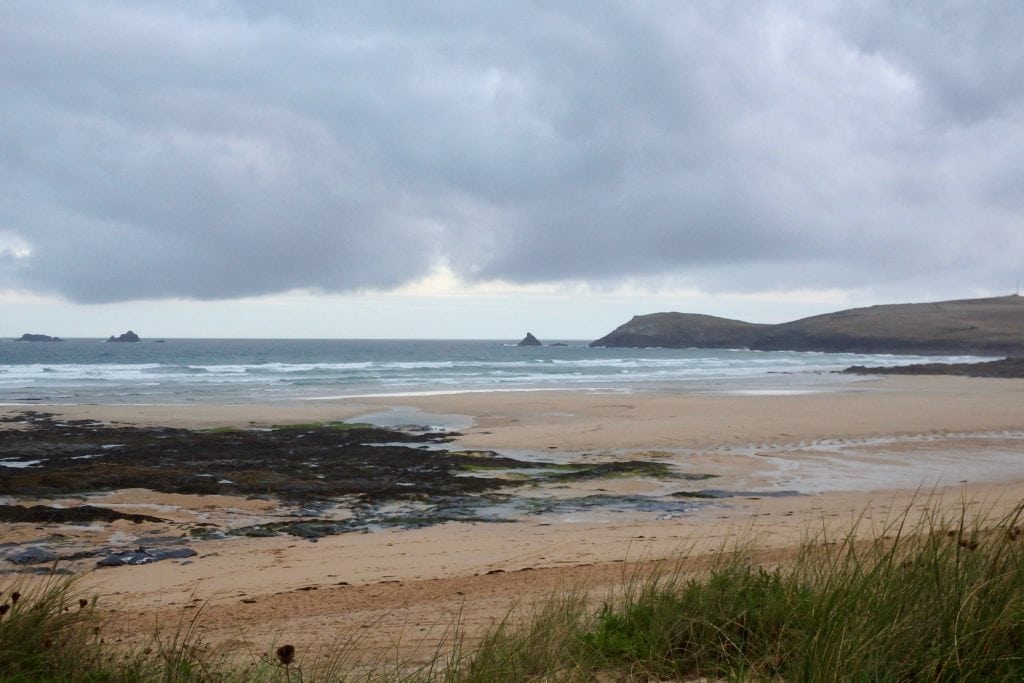 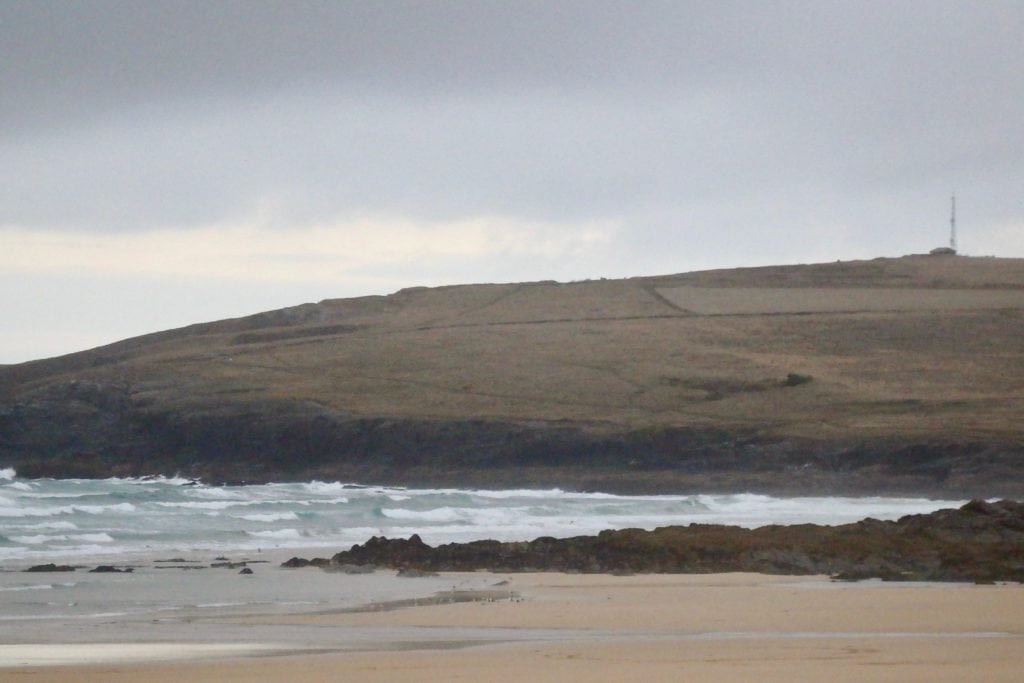 Another breezy and patchily overcast morning is greeting us this morning, the wind steady and from the west sou’ west, so we are probably going to see at least a patch or two of wetness. Hopefully not during this evening’s St. Merryn Carnival though!
And we should also see enough bright and cheery stretches to tempt you out too.
The surf is still in that three foot range, all chopped and slopped while lazily wandering onto the shallower banks and reefs to tumble ashore.
It’s not great but once again the tide should add a little to it as it pushes through to a late morning high.
If you’re keen and enjoy paddling you’ll probably get a fun session or two in during midmorning.
Otherwise it’s the trek over to Harlyn for something smaller but hopefully cleaner! 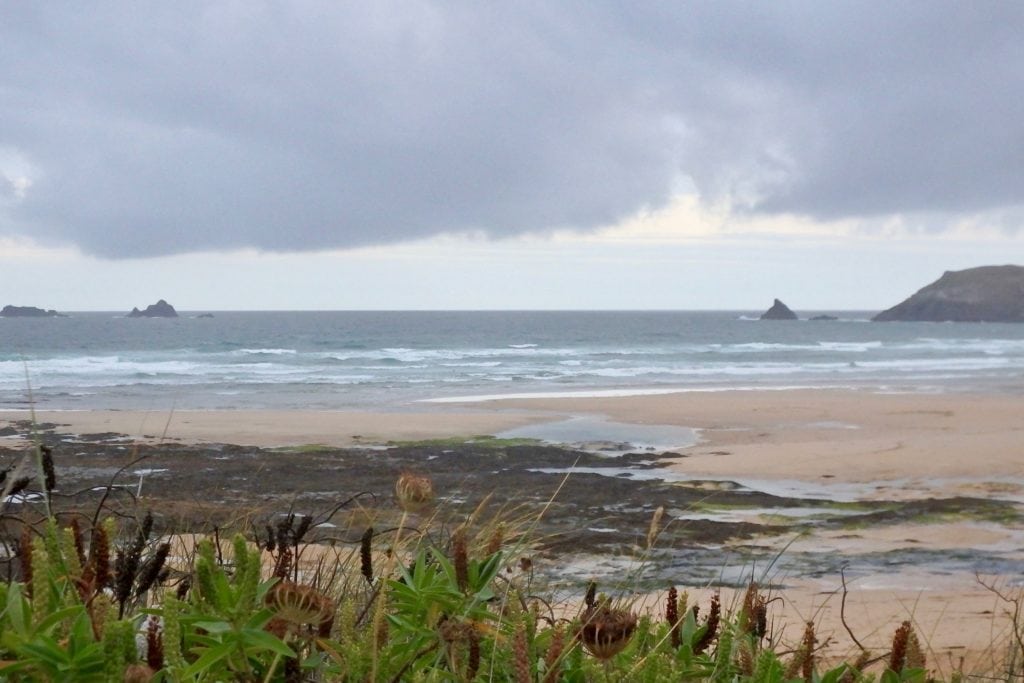 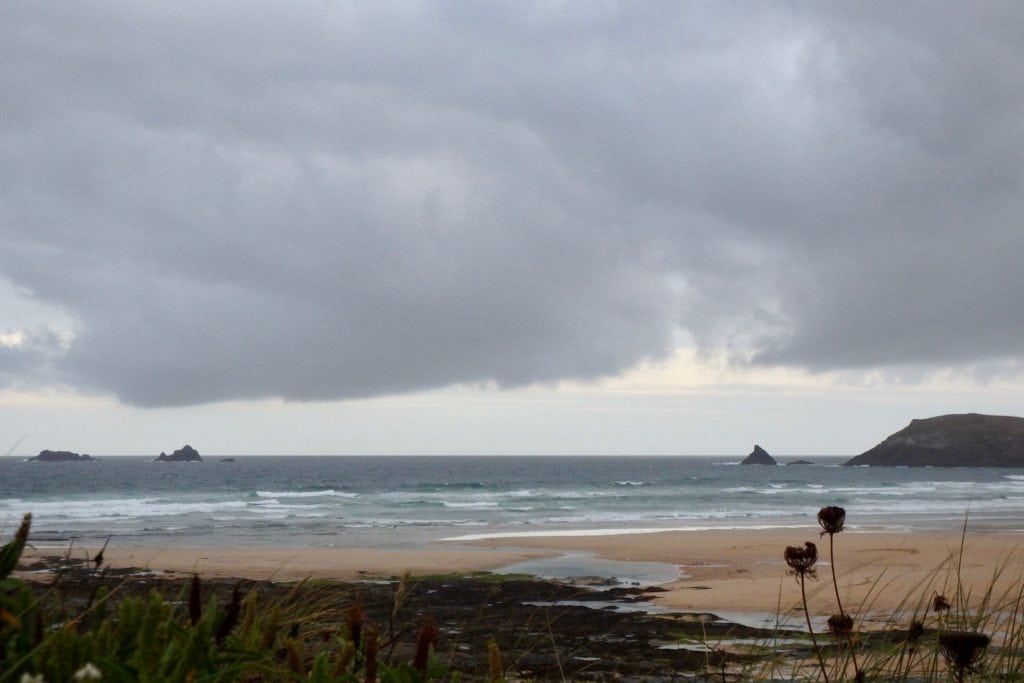 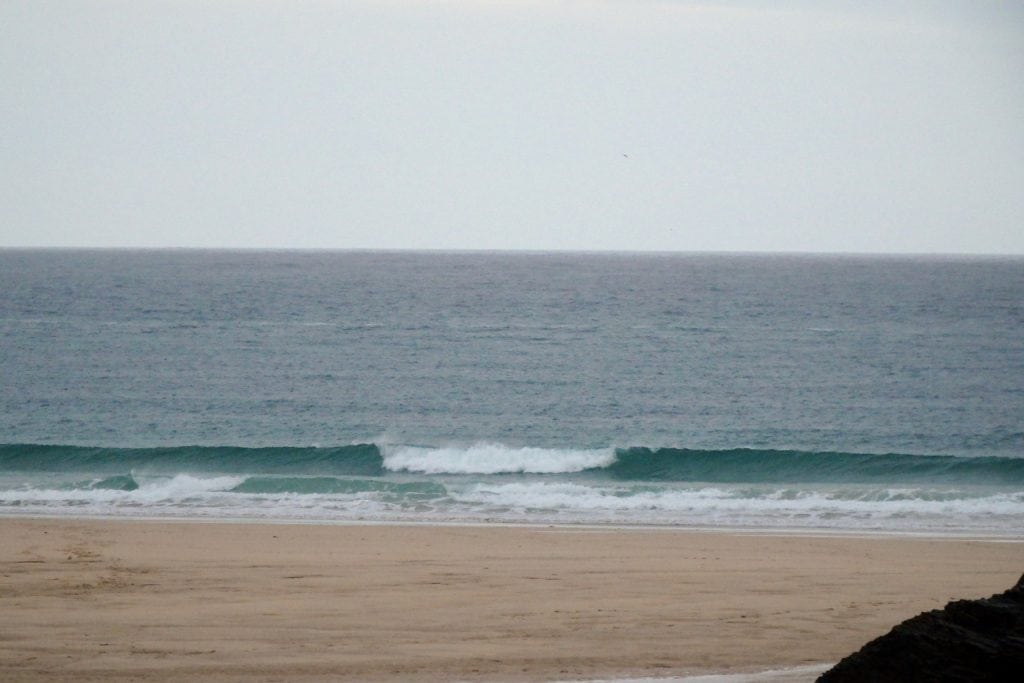 A foot or two of steeper little waves are taking their time to crash ashore, those dark blue little walls tumbling quickly onto the lower tide sand.
The incoming tide should push a little more swell in, but then there is very little real swell underlying the wind swell that is on us, so it might just be a little weak.
But we should enjoy some summer frolicking in those little waves, especially when we get those brighter stretches of sky above us! 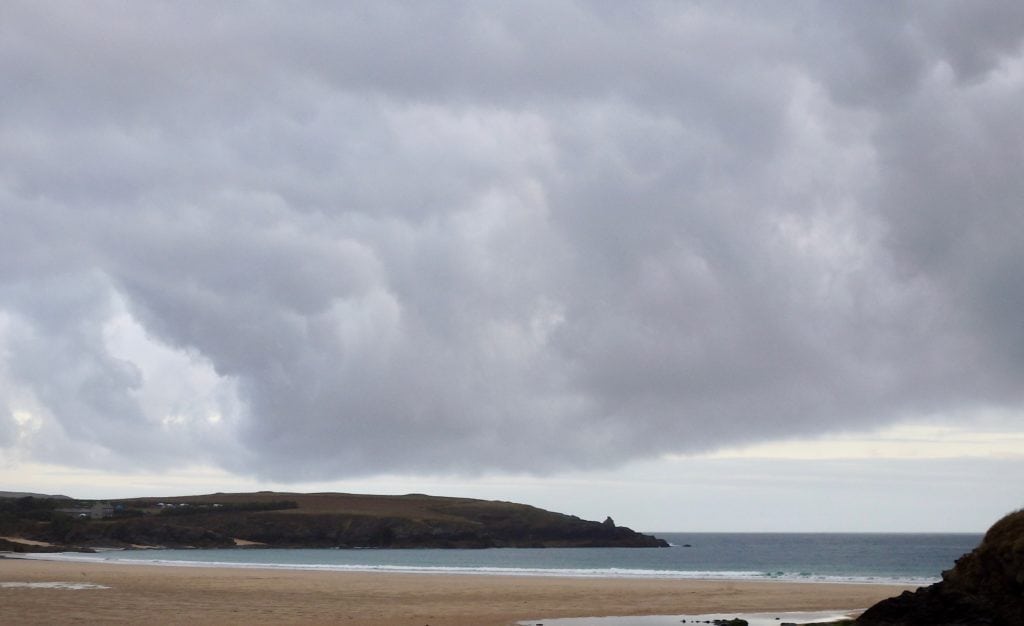 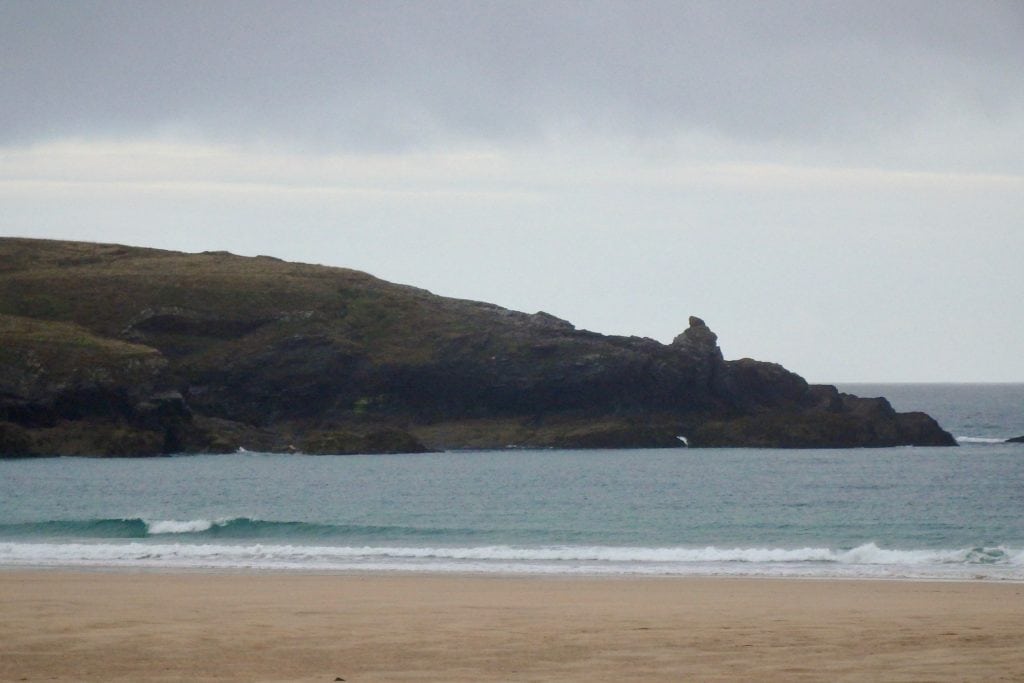 We can expect more of the same again today, that blustery windswell producing a couple to three feet of surf at the more exposed spots but all jumbled and slopped there, while producing a foot or two of weaker but cleaner little surf at Harlyn and other sheltered spots.
I wonder how the banks will be set up for the next swell following this little period of windier and more erratic swell that we have had?

It looks like we are in for another mixed weekend of bumpy surf and steady onshores bringing some very pleasant sunny spells and, of course, some not so pleasant showers. So it likely to be pretty much a continuation of the conditions that wee have been enjoying through the end of this week.
Constantine and its neighbouring breaks are likely to be seeing that bumpy and rolling swell producing some fun three to four foot surf, a little bigger and sharper on the incoming tides getting a little fatter and lazier on the dropping tides.
Harlyn in the meantime is likely to be just lightly crumbled and bounced with some two to three feet of surf to keep those more occasional surfers happy. Again it is all likely to be just that bit bigger and better on the rising tide, becoming a little sharper and snappier but smaller on the dropping tides.
So, a weekend that should suit everyone for a moment is on the cards, one of those ‘if you don’t like the weather or surf right now, just wait half an hour and it will change’ weekends!
Have a great weekend wherever you are and whatever you’re doing!