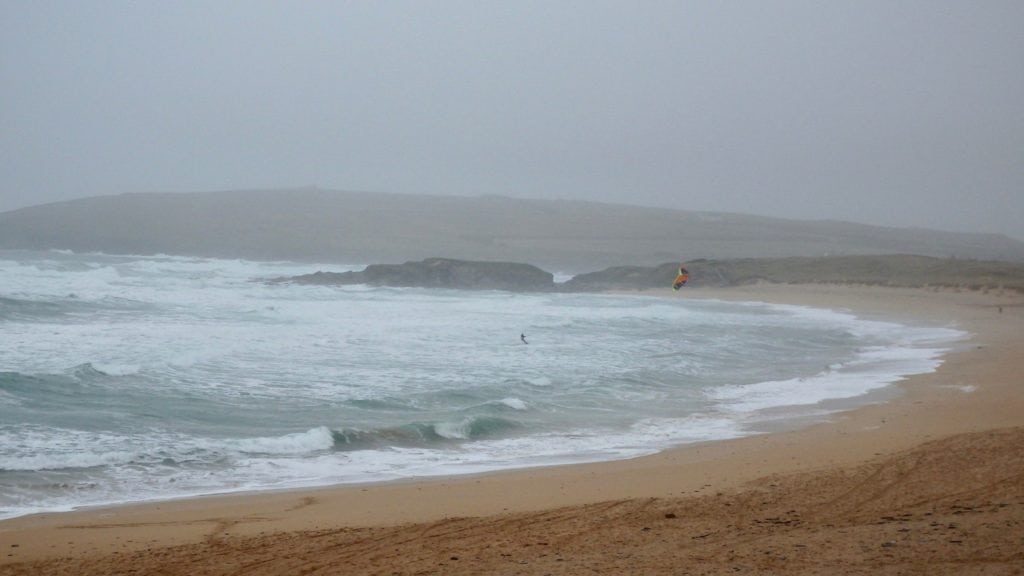 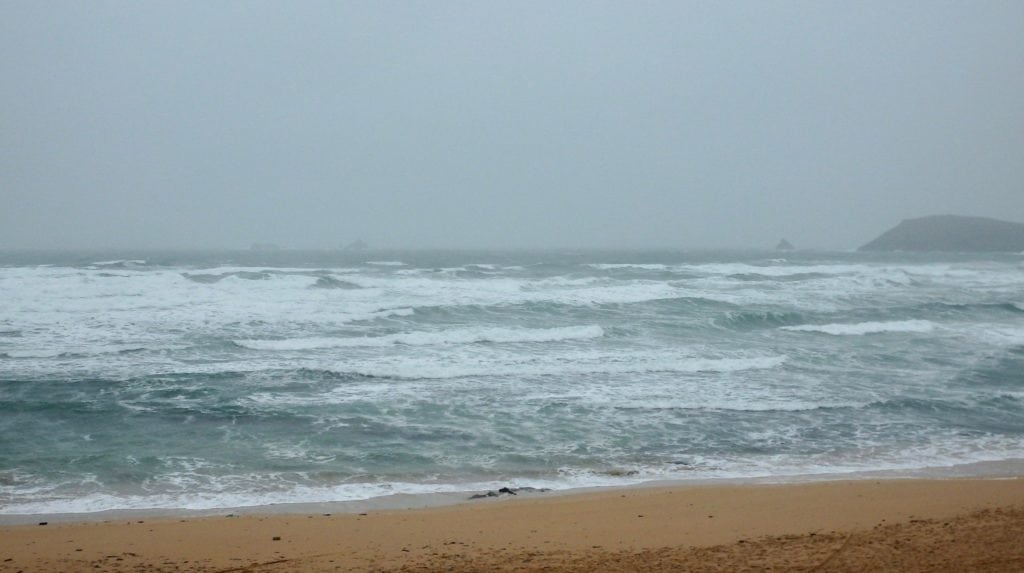 The wind blows and the rain pours while the surf pounds hard to shore.
But the surf is a junked out mess of windblown chop. It is quite biggish but only good for kite surfers and seascape artists!
No, there are better things to do today than get involved with that!
Have you been watching the Quik Pro Comp at Snapper?
The surfing levels just keep rising with the new guys snapping at the heels of the journey men!
But today’s entertainment will probably focus around the Beer and Mussels Festival down at the Cornish! 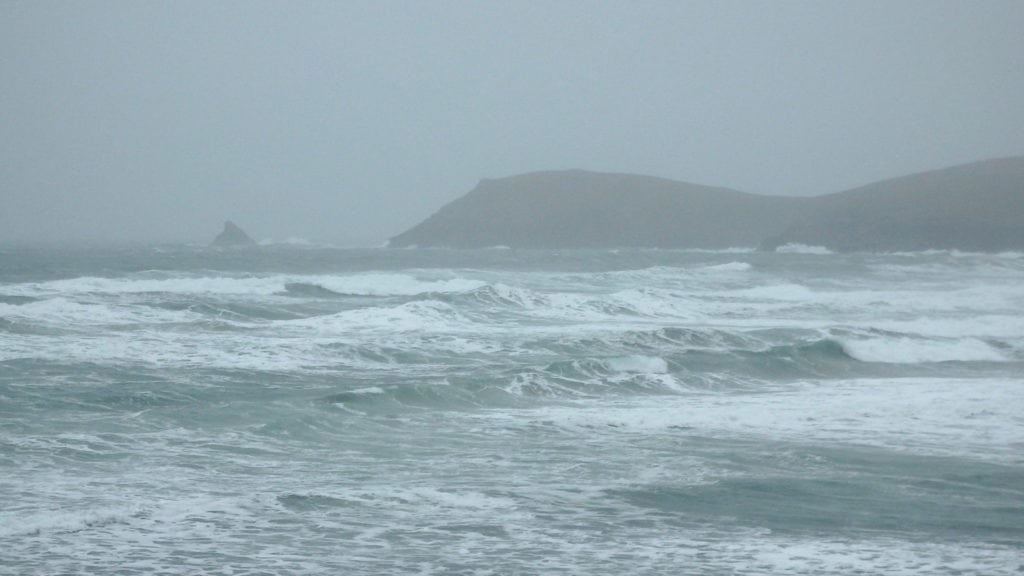 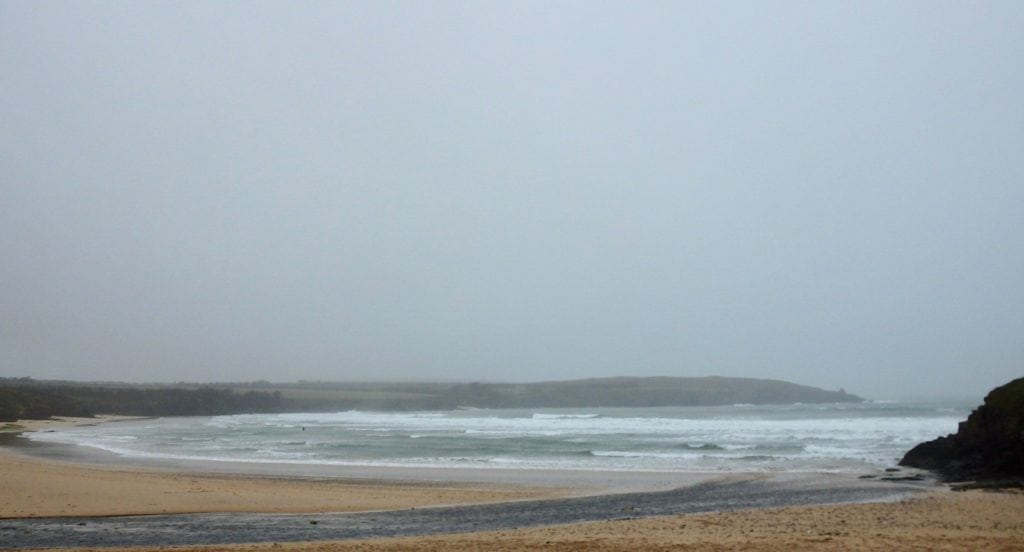 Three to four feet of thick mushburgers are collapsing onto a rain drenched and windblown beach here this morning, the wind howling across the bay, the rain eye-stinging and uncoomfortable.
A couple of guys are out and seem to be having fun, a very definite sign as to how much wetsuits have improved in quality! You don’t have to struggle any more if you can afford a half decent suit, even days like today can be a pleasure! 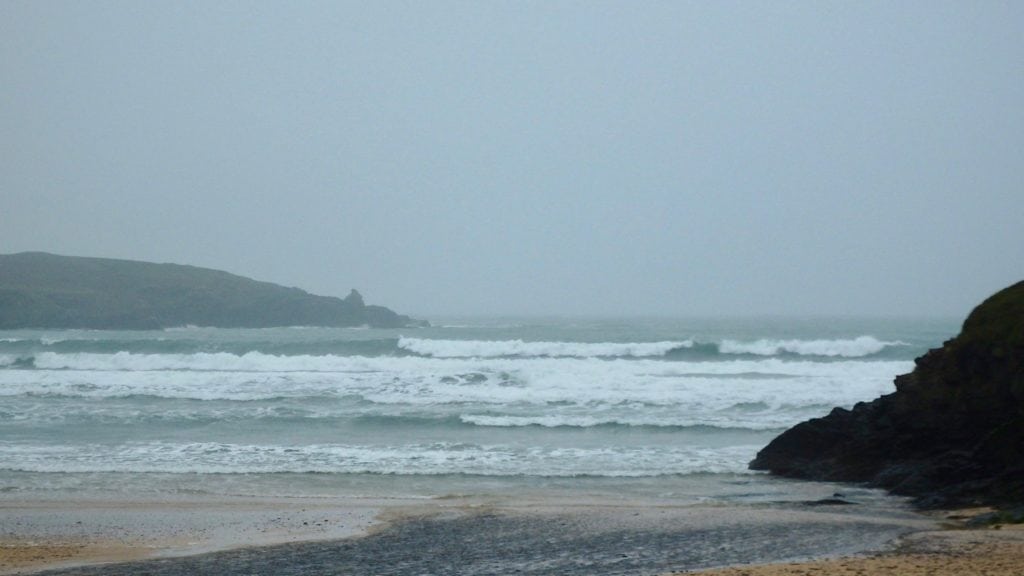 Although conditions are likely to be similar to Saturday’s the wind should have backed just a few degrees more to the south. And that might just bring Harlyn into play! Combine that windshift (small as it is likely to be!) with a brightening sky through the afternoon and we could just be enjoying a very pleasant Harlyn Sunday of tubing grinders!
Maybe.

Ah those onshore winds! It looks as though we are going to be plagued by westerlies all through this weekend again.
With a solid, rolling four to six feet of swell thumping our way throughout the weekend, Harlyn looks the most likely spot for some decent surf.
Even so, Saturday looks as though it might still be blown out even at Harlyn, that wind having a little too much north in it for most of the day.
The south coast might be beckoning if you’re keen!
Sunday might be more fun at Harlyn, a little southerly direction creeping into that still gusting wind.
A building swell be crunching in, hollowed out by that wind at Harlyn, so we should see some sand dredging barrel action for at least part of the day and getting quite big by dusk!
And that looks like the way of it well into next week too, those gusting onshore winds varying from south west to north west and back again, while all the time the surf surges and recedes in the four to six feet region.
Have a great weekend, wherever you are and whatever you’re doing!