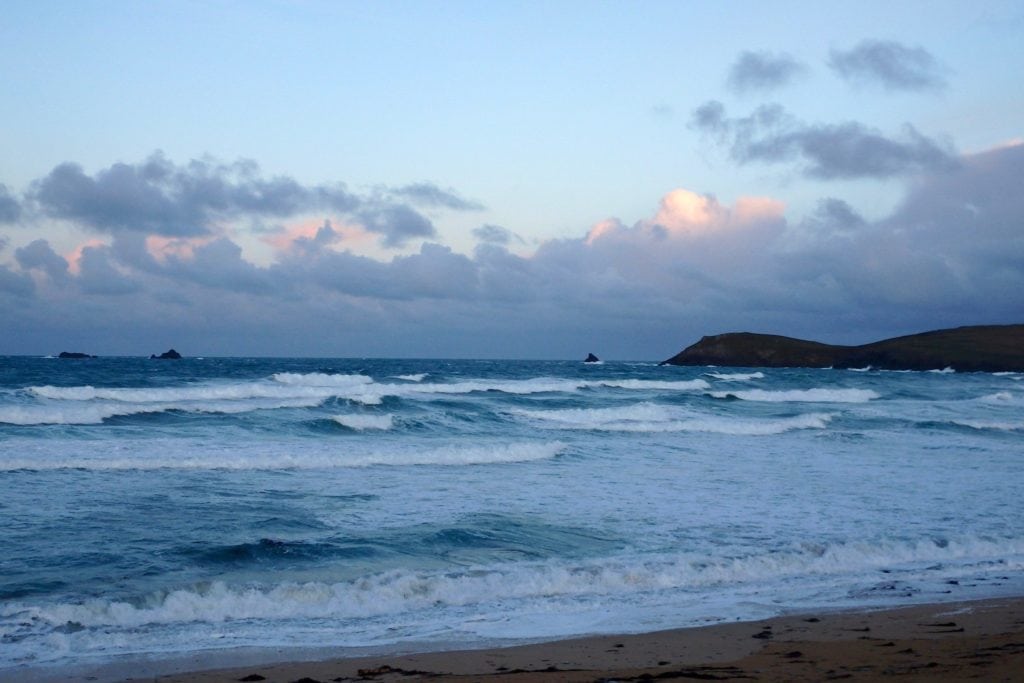 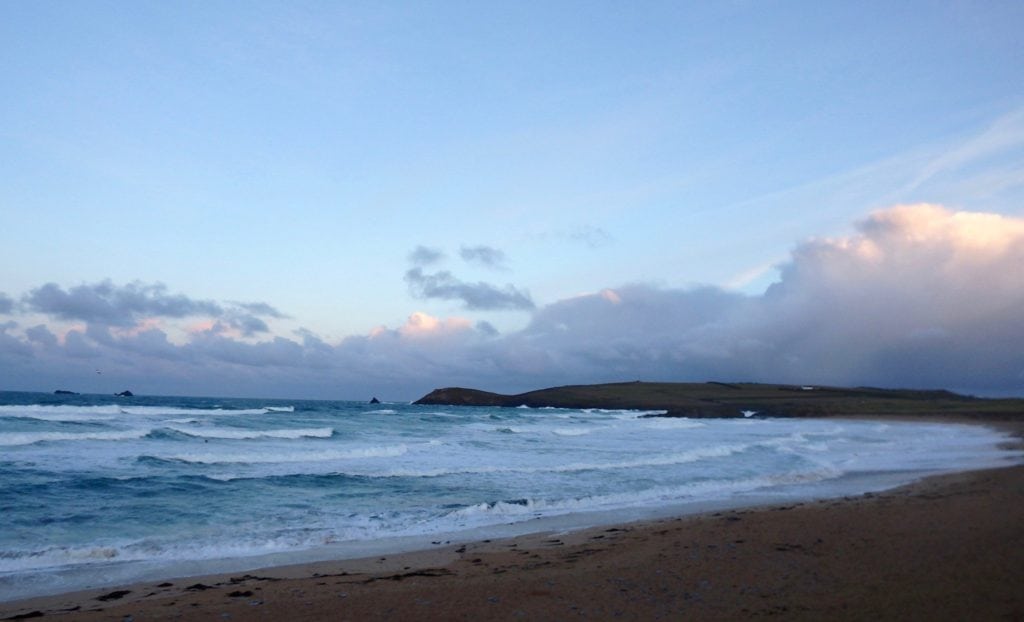 Four feet or so of onshore blasted and dark waves are stumbling into the bay this morning, that wind calmer than it has been but still fresh enough to topple those waves and bundle them to the beach.
Sleet and hail are lying amongst the hedgerows and are captured amongst the dunes, the wind whipping across the marram, rippling the hedges and warping the fields.
It’s a cold and wintery one alright and there’s not much in the way of obvious surf anywhere nearby.
But the wind could lighten as we go through the afternoon, easing offshore just ahead of darkness, maybe. And that would change it all quite dramatically! So it should be worth keeping your eyes on it today, otherwise it’s going to be another hunt for a sheltered spot, if you’re keen enough! Three feet or so of wind driven, lumpy and warped waves are being shoved ashore by that fresh and cold westerly wind.
Right now there’s just no shape to any of it but that might just change by this afternoon. It’s not definite but the wind should change just ahead of darkness and so we could just see some fun little waves. Or it might get dark too soon! 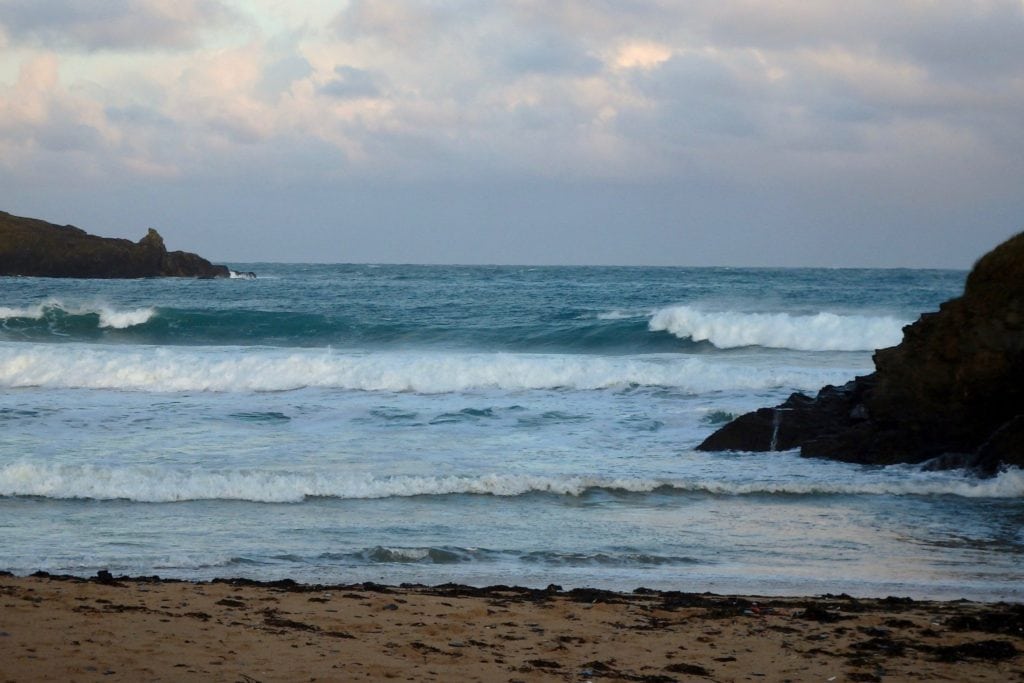 A cold and northerly wind is going to be blowing for most of the day, junking spit the surf and keeping the temperatures low again.
The wind should calm as we go into the afternoon again but it is likely to be dark before the surf conditions improve enough to be of any interest.

These winds are likely to continue to blow hard into the weekend, easing in strength and maybe even switching direction for a moment through late Saturday afternoon but for most of the time just gusting hard into the bays and making a choppy mess of those rolling, windswept swells.
So, Saturday is likely to see a reduction in waves size after Friday’s bigger but still stormy surf and the wind should ease a little in strength too. But it is still going to be blowing a bit, still onshore and still pretty chilly too!
There is just a chance of the wind twitching offshore, just for a moment, on Saturday evening but that will be a full race before darkness!
And then Sunday will produce more onshore winds, blowing chilly, chilly air down from the north west, still onshore and still making a mess of the smaller surf.
Monday could see some offshore wind to smooth out those waves but the chances are that the surf could quickly drop in size as soon as it loses the support of those onshore winds!
Have a great weekend, wherever you are and whatever you’re doing!