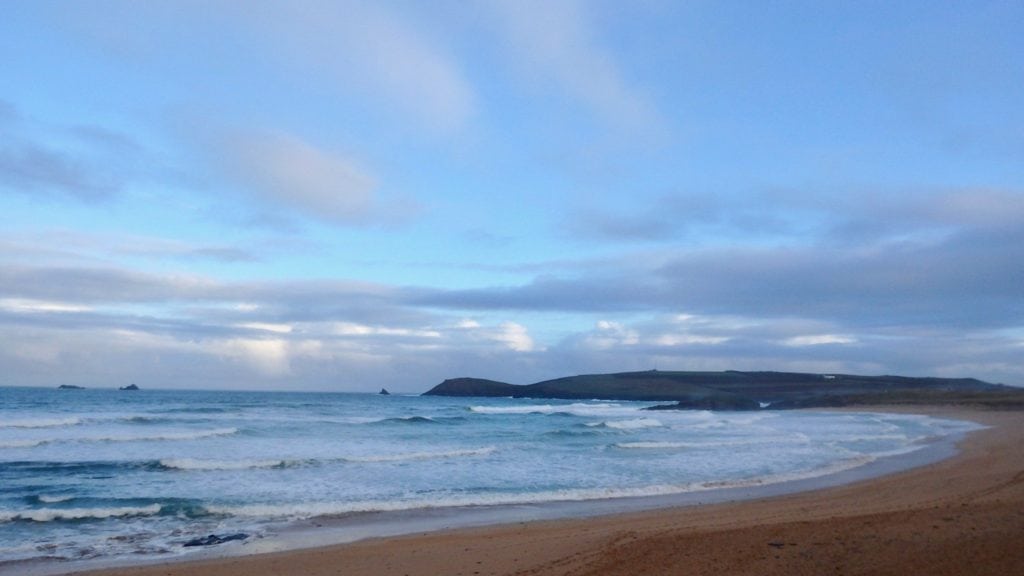 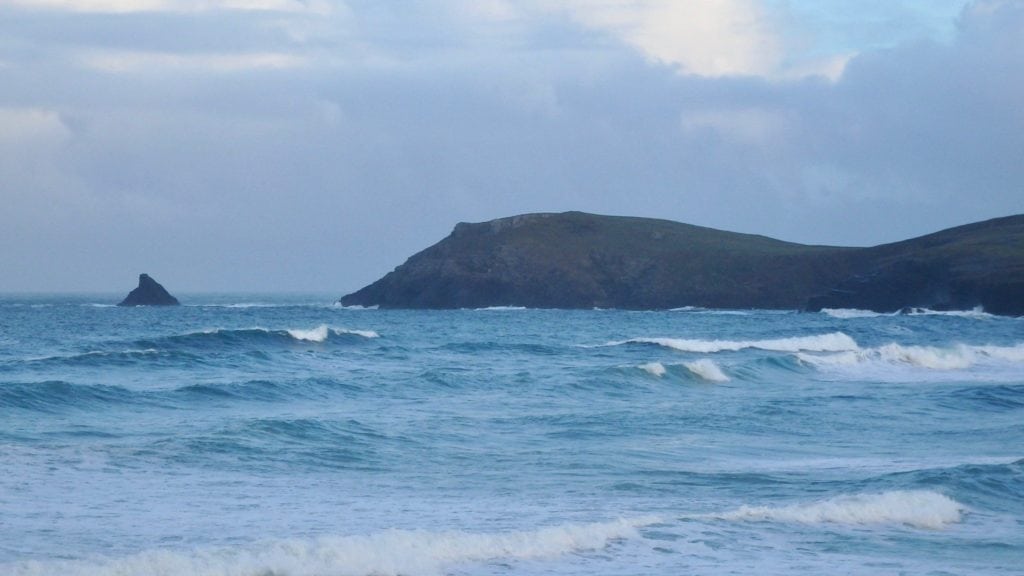 It looks as though April is going to start off with a day of “April Showers”!
Right now the sky is bright and the wind is light but you can see some darker cloud banks loitering just over there, ready to unload just when you don’t want it!
But the breeze is light, drifting in from the west north west, so a little chilly but otherwise very pleasant!
The three to four feet of lumpy surf is ruffled and lazy looking from the onshore wind but might be worth a little look later as the tide drops out, as long as the wind doesn’t strengthen too much.

And news broke last night that that well know pub chain has finally taken ownership of the house on the point with a view to opening an 18 to 35 Pub Hostel Surf Camp.
With an in-house wave-pool (could it be the first Kelly Pool in Europe?) guaranteeing waves every day along with the largest tanning salon in North Cornwall offering an all year surfer look, while not forgetting the cheapest beer in Cornwall, well, they could just be onto a winner! 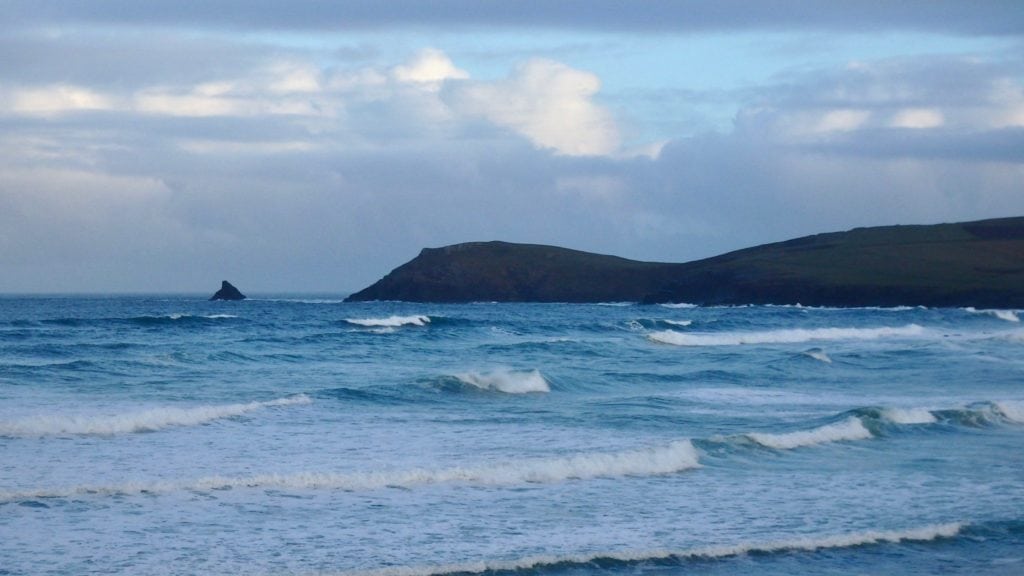 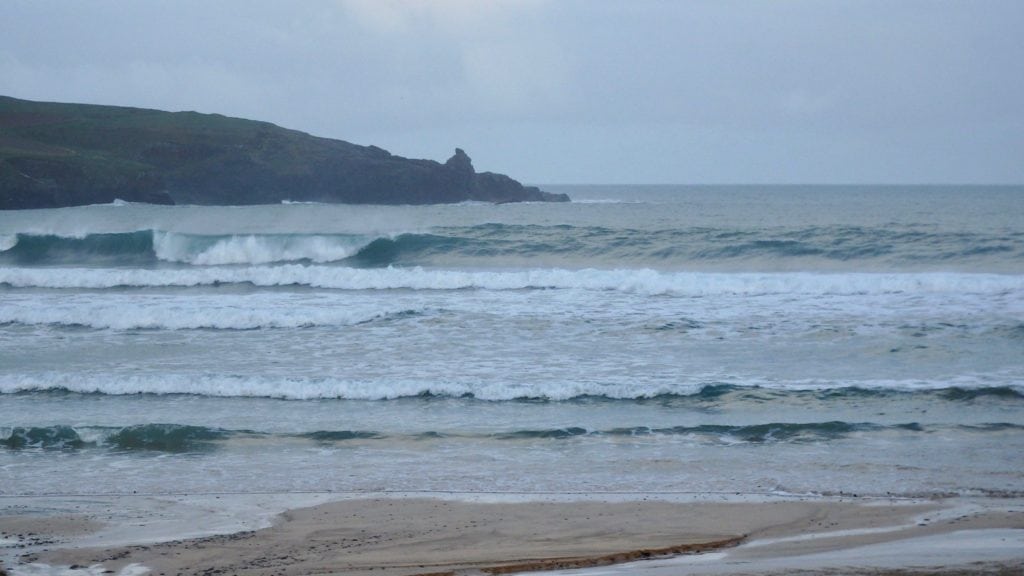 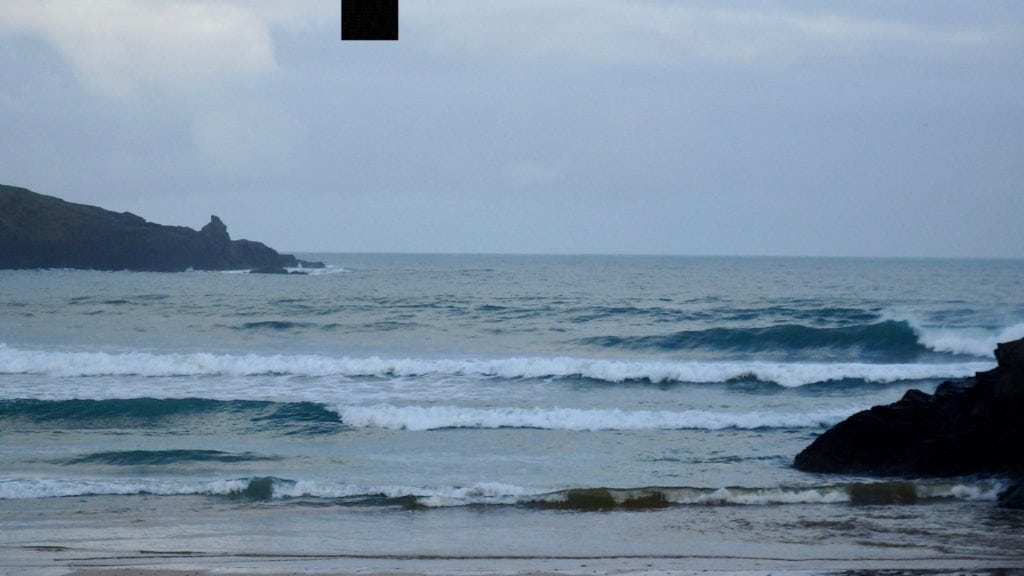 A couple to three feet of only lightly slopped waves are rolling into the bay, a little hesitant but otherwise quiet fun looking. The dropping tide should sharpen it up as long as that North Westerly, onshore wind doesn’t strengthen too much.
Yep, it could just be that much better than expected on a bright and cheery morning! 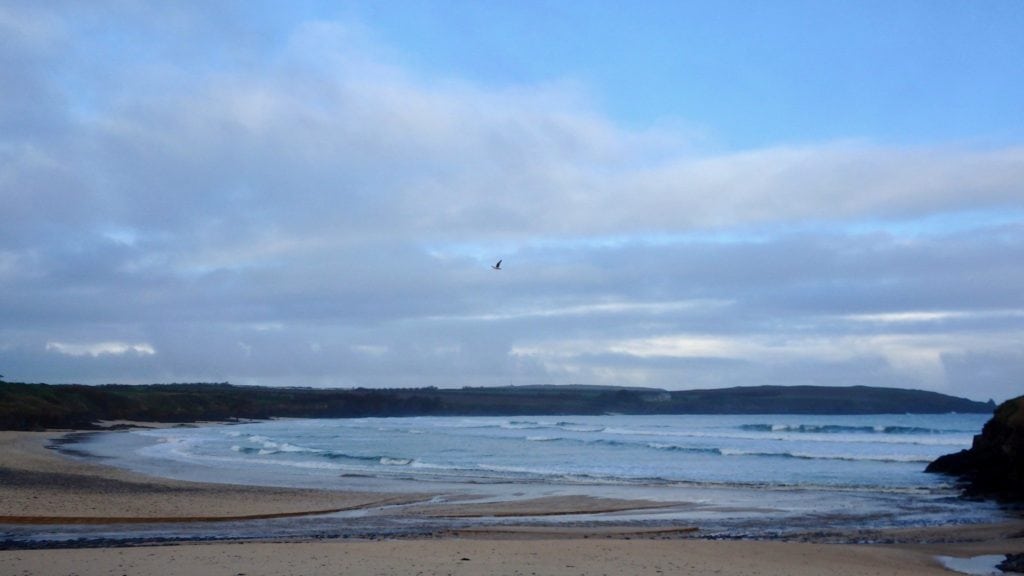 We could just be enjoying another bright and cheery day as the wind calms to no more than a light onshore breeze and four fete plus of rolling swell continues to push into our bays and coves.
It should be another one of those days when it’s not going to be great surf but should be okay for everyone to enjoy, whatever their level of surfing. Bigger on the western beaches, a little smaller at the more sheltered spots the waves are likely to be those rolling, fattish and friendly kind of waves that make up the majority of our surfing experiences!