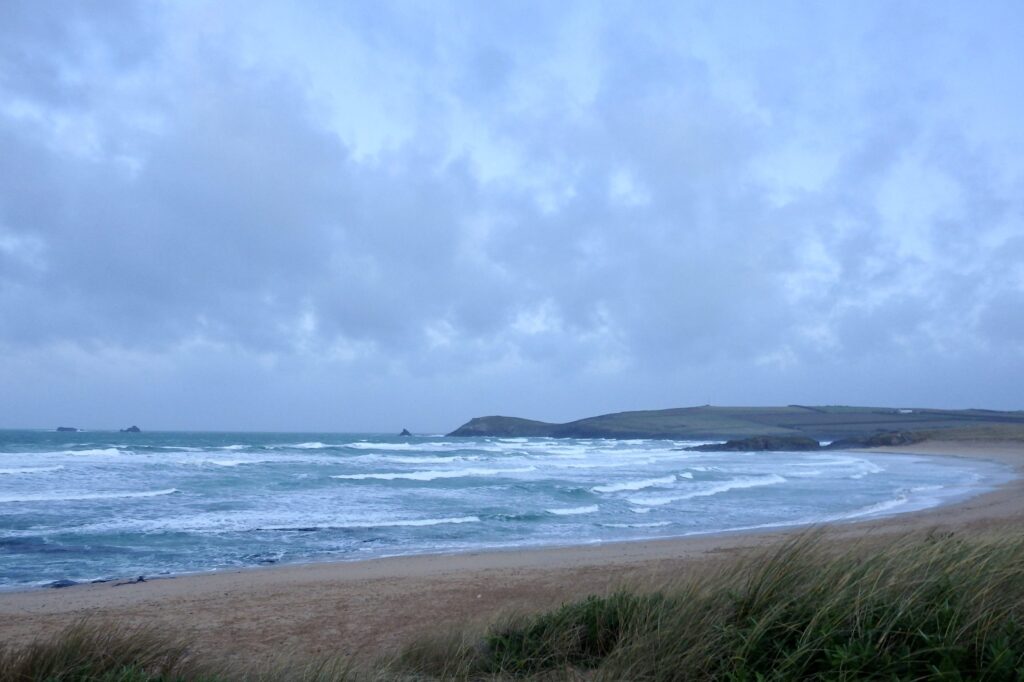 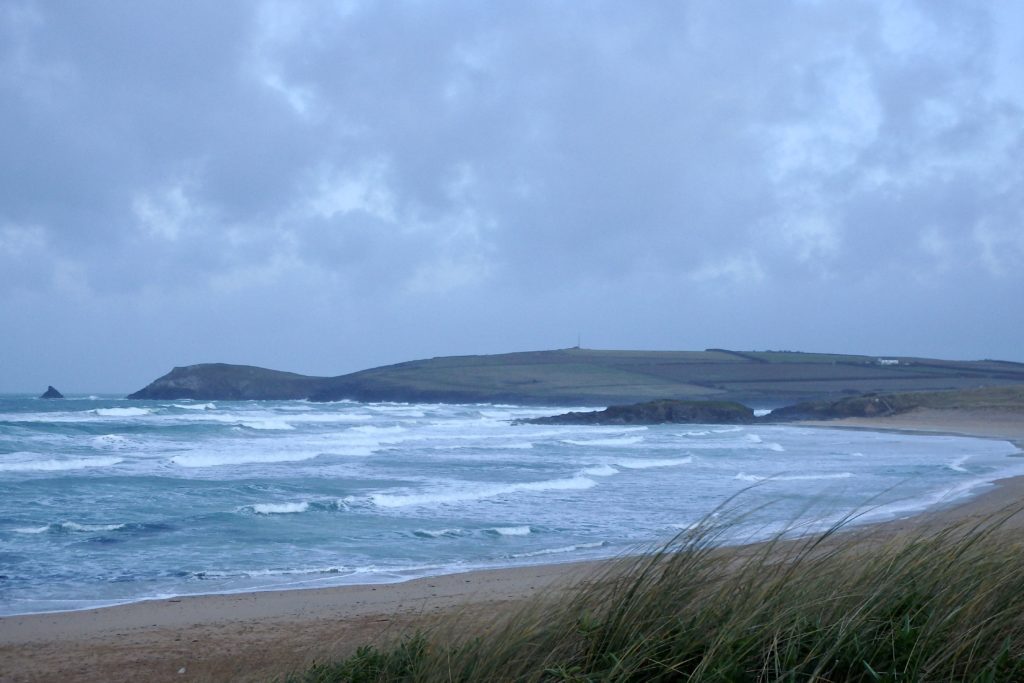 A brighter sky is beckoning this morning while a blustery westerly wind rattles its way into the bay, folding and kneading the lumpy and choppy four to five feet of tired looking surf.
The tides are tiny this weekend and that wind is forecast to be pretty steady all day long but the swell is probably going to jump a lot, probably doubling in size by lunchtime.
Harlyn is going to be the place to aim for locally if you want to surf and it’s easier to get to too with the usual unannounced seasonal road closures (the road down to Constantine is closed this morning). 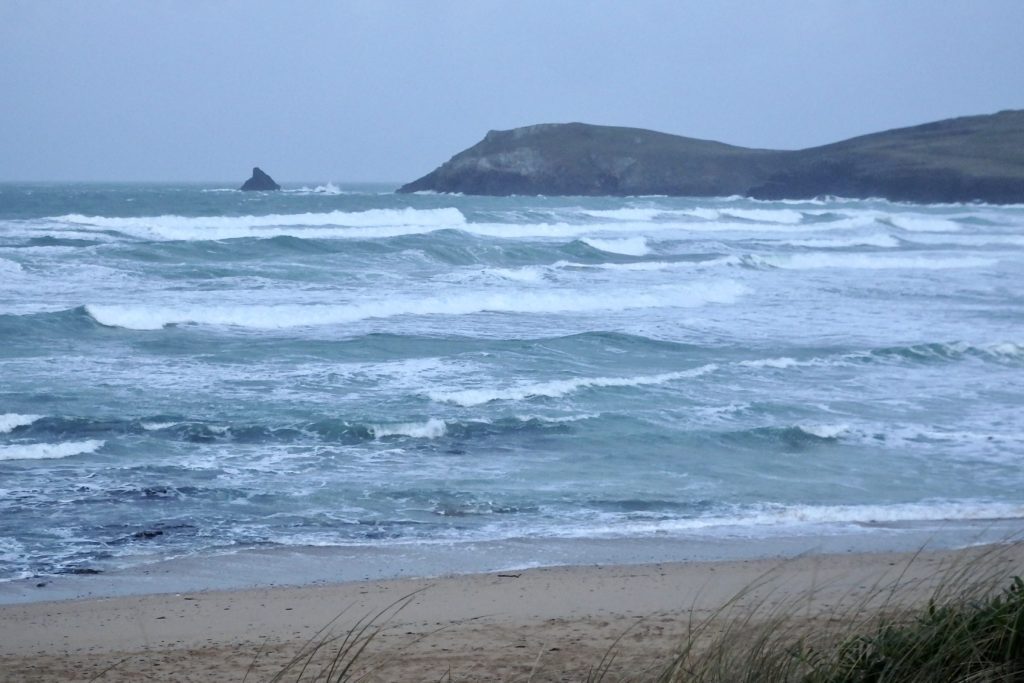 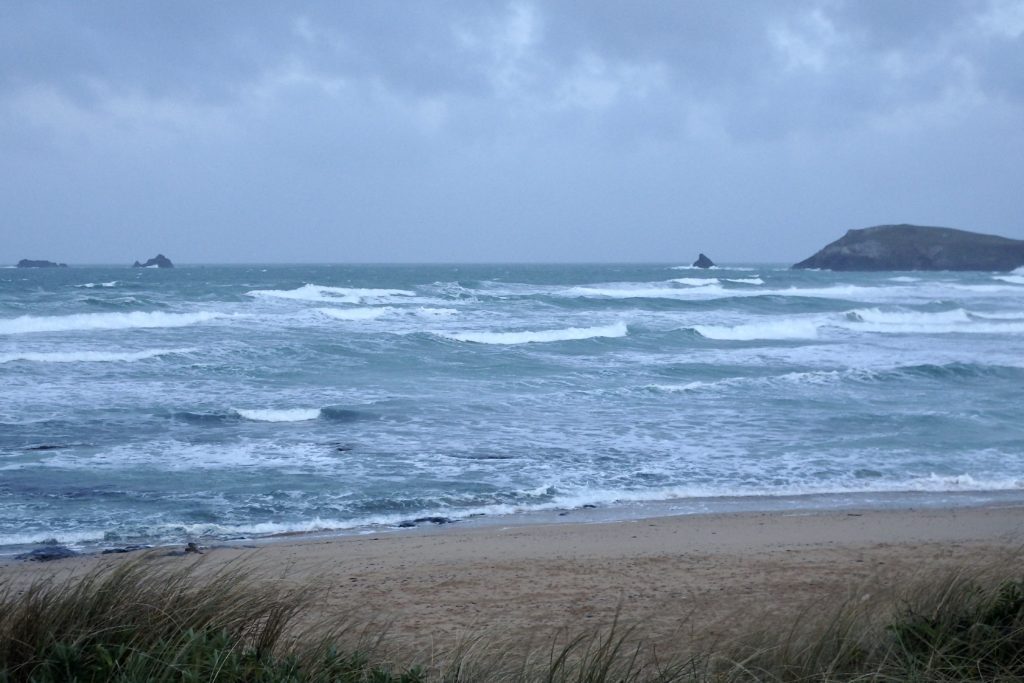 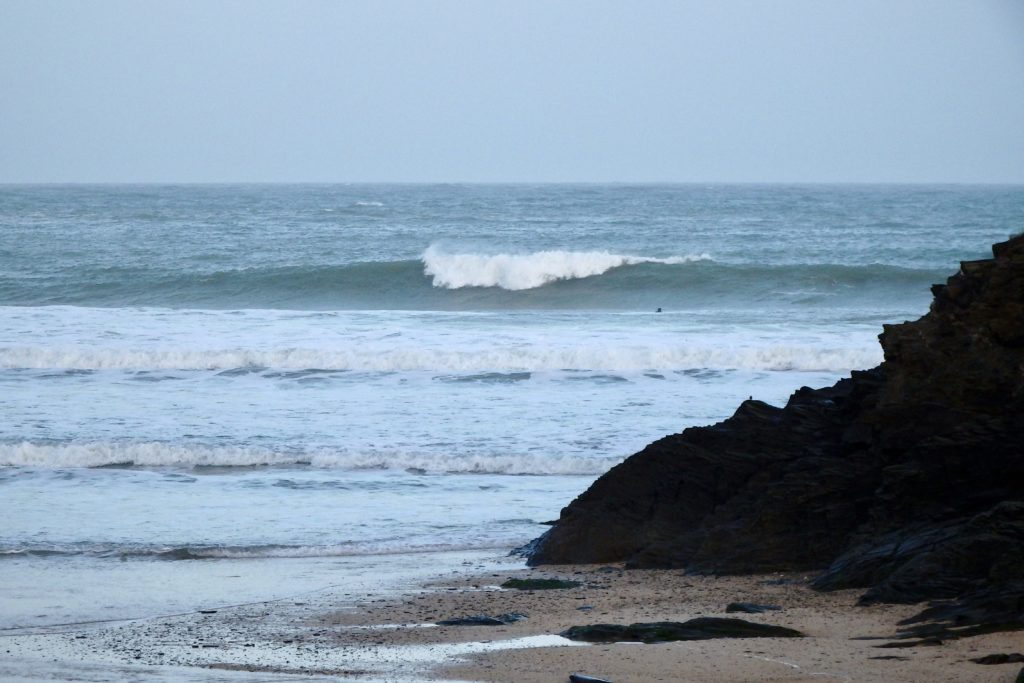 Three to four feet of wind fussed and crumbly surf is tumbling into Harlyn this morning, the slowly rising tide adding a little push to the building swell.
Those unpredictable waves are going to build quiet a bit in size throughout the morning, getting more than big enough for most by this afternoon. It’s just a shame that the wind is that bit too westerly to allow it to do that hollow crunch thing that Harlyn is (in)famous for. But at least this wind will allow a little more time to get into those pitching waves before they mostly close-out! 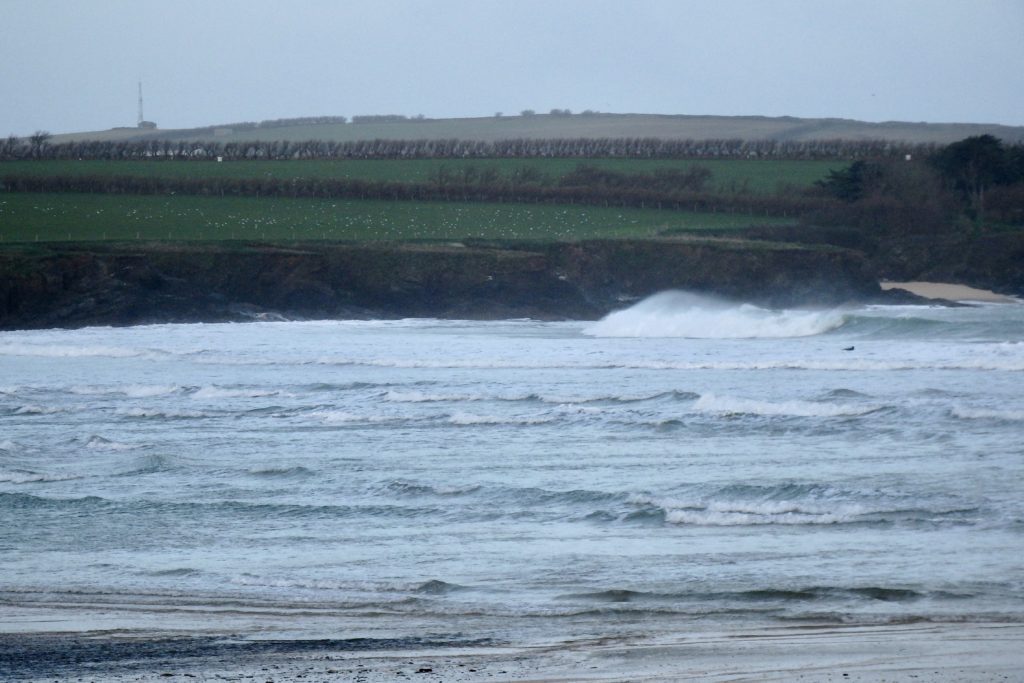 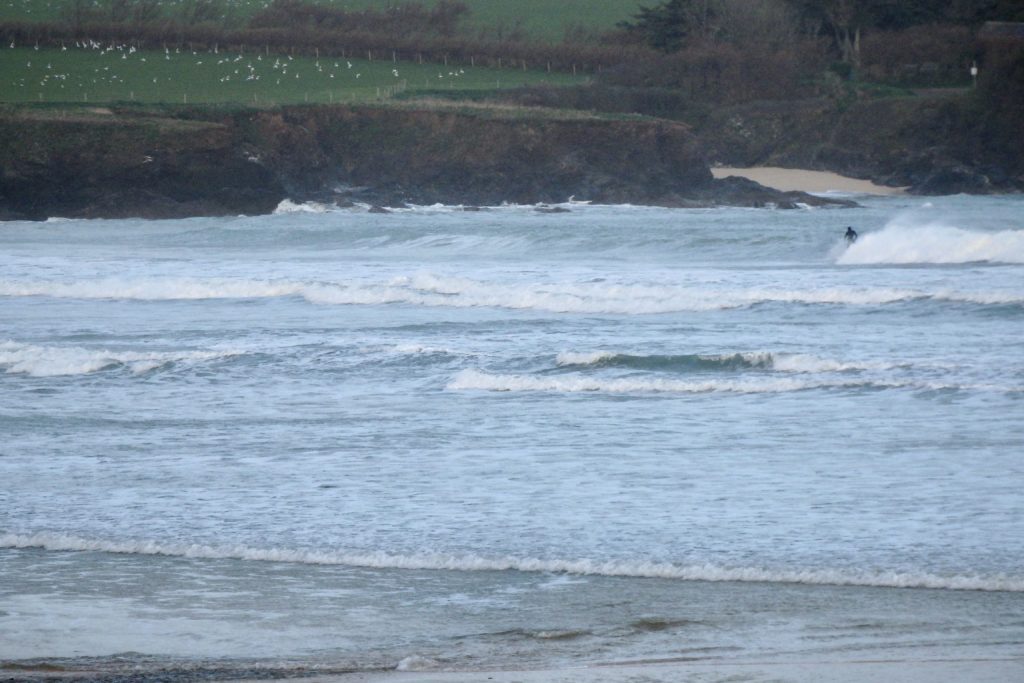 A brisk sou’ westerly wind will be pushing and shoving six to eight feet of thick and wintery swell our way today making Harlyn the place to aim for!

A wild and woolly few days are coming up to kick off the Six Nations this weekend with strong westerly going south westerly winds battering our already jagged and storm gouged coastline.
Big, thick and powerful waves should be growling into our bays through Saturday, the wind blustering through from the West in the morning, gradually calming and slowly backing to the south west through the afternoon.
Those waves are probably going to be bigger than they look through midday as that swell peaks but it’s going to be a bit of a search to find somewhere that will cope with it all.
By Sunday the swell will have settled back to that rolling four to five feet while the wind steadily blows in from the south west.
So Harlyn is going to be under focus, hopefully providing an offshore blown and bowling three to four feet of Winter surf.
And then it’s going to get real big and real windy again to start the week!
Have a great weekend, wherever you are and whatever you’re doing!